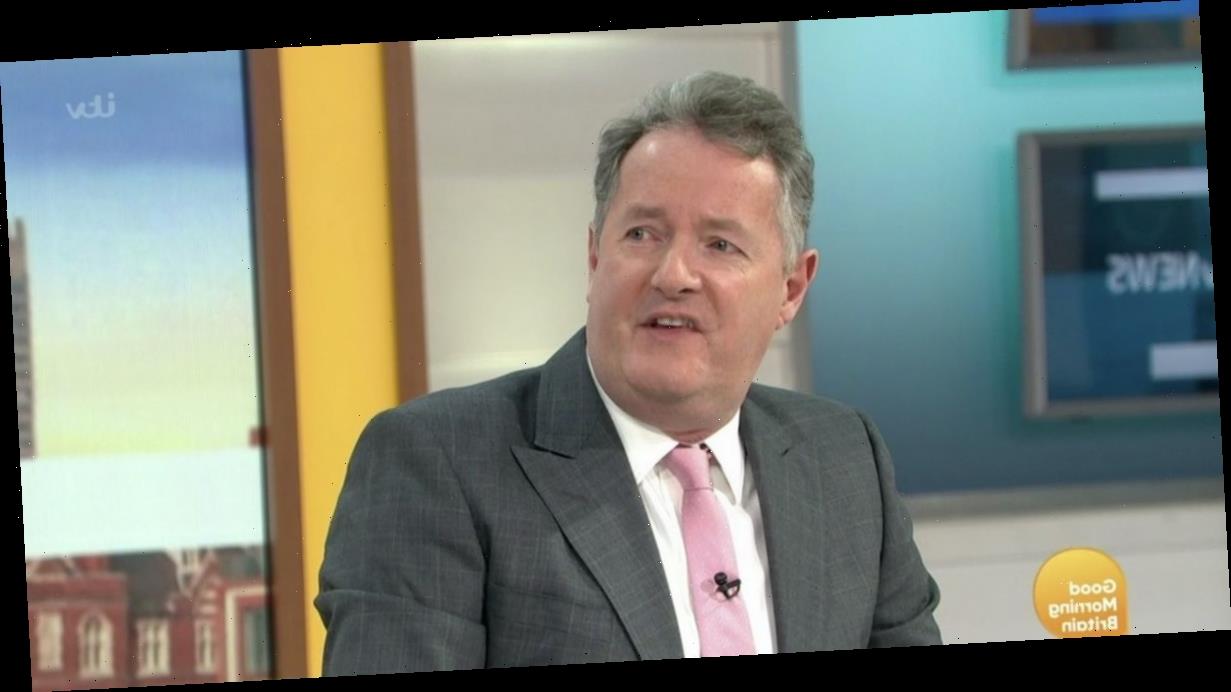 The 55-year-old presenter stormed off the GMB set mid-show on Tuesday following a heated discussion with his co-star Alex Beresford.

During the live show, Alex branded Piers' behaviour "diabolical" and said the presenter had continued to "trash" Meghan Markle after she cut him off.

Piers then furiously stormed off set before returning to continue his dispute with the weatherman.

His latest reaction came after he unleashed a slew of criticism directed at Meghan Markle and Harry.

ITV's CEO Carolyn McCall has since reportedly told staff that producers were 'dealing with Piers' following his outbursts this week.

According to The Hollywood Reporter, during a morning conference call with reporters on Tuesday, McCall revealed that she '"hadn't seen'"footage of Piers walking off set.

However, she added: "It was a very balanced show this morning."

During her conversation with staff, Carolyn also reportedly revealed that the channel are not involved with what Piers says on social media.

"Piers is a freelance presenter for ITV," McCall said, adding: "we have absolutely no say or control" over his social media platforms.

While his personal profiles are off limits, Carolyn did suggest that ITV producers are talking to Piers about the remarks he has made on Good Morning Britain.

"Kevin Lygo is discussing it with Piers," she added.

When quizzed by journalists about whether Piers might lose his role, Carolyn reportedly declined to comment, but added: "We are dealing with that as we speak."

A representative for ITV has been approached by Daily Star for comment.

It came after Alex Beresford expressed concerns about the presenter's language on the show.

Alex had said: "I understand that you do not like Meghan Markle and you have made it clear so many times – so many times on this programme.

"And I understand you had a personal relationship with Meghan Markle and she cut you off. She is entitled to cut you off if she wants to. He added: "Has she said anything about you since she cut you off? Now, I do not think she has. But yet you continue to trash her."

Piers was having none of it, and added: "I’m done with this," before walking off.

When Piers returned, Alex defended Meghan and Harry and condemned Piers for the tone of his coverage on Monday's show.

Piers had apparently taken offence at Alex getting "personal" about his approach to Meghan.

Just one day earlier, Piers did not hold back as he took aim at Meghan and Harry's bombshell interview with Oprah and suggested he didn't trust what she was saying.

Some viewers have since called for Piers to be sacked over his remarks about Meghan.