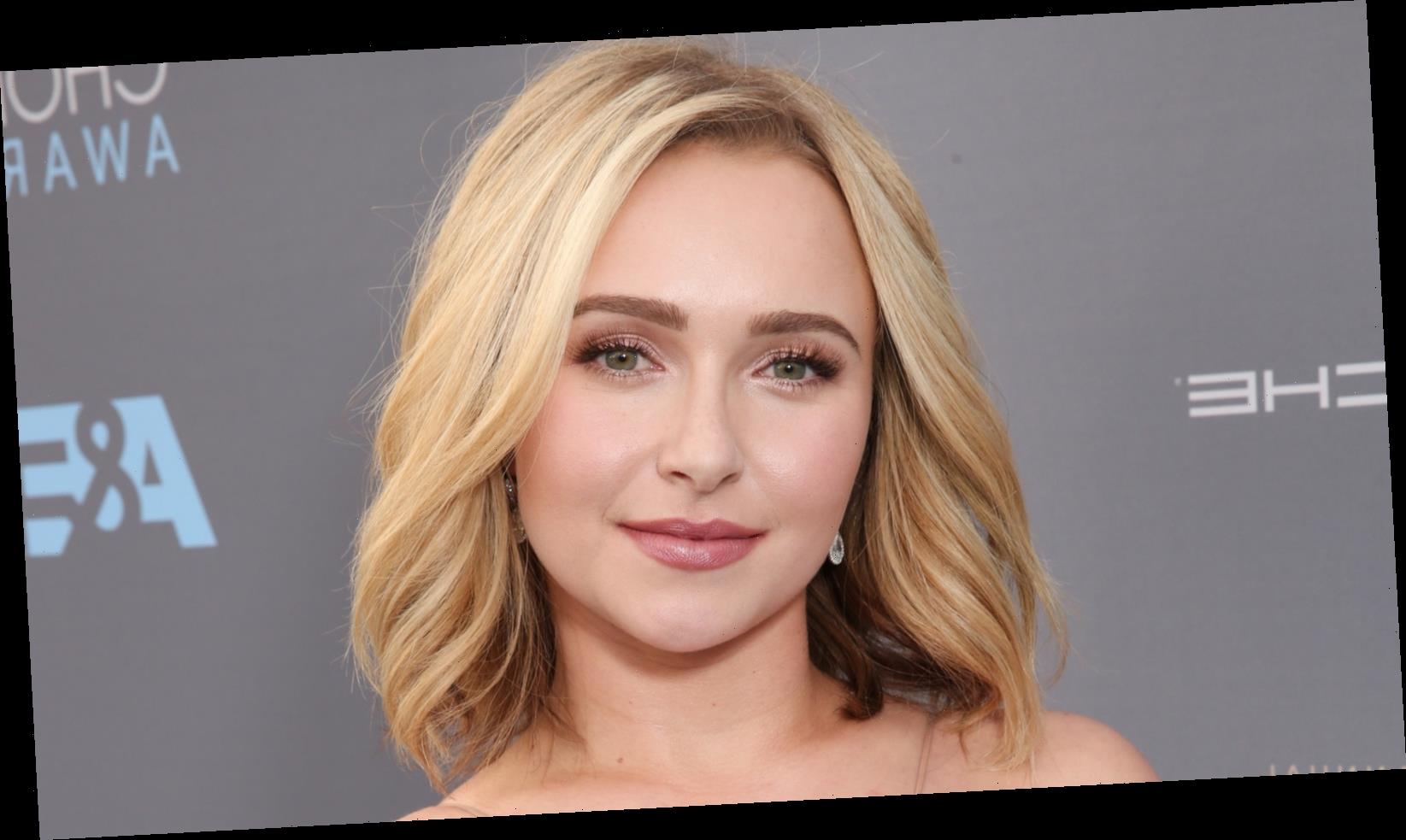 When Hayden Panettiere started acting as a young girl, she likely had no idea she would pave a legendary career path for herself by the time she reached her 30s. The actress, model, and singer has been appearing on our TV screens for the majority of her life, and somehow, Panettiere’s journey only gets better and better.

Panettiere first joined the entertainment industry at the young age of 5. Since then, she has completely evolved into an A-list actress, starring in hit TV series and films, including Ally McBeal, Raising Helen, I Love You, Beth Cooper, Heroes, Nashville, and many more (via IMDb).

Panettiere has come a long way since her childhood acting days, but the road was not always easy. Like other famous child-turned-adult stars, Panettiere experienced plenty of personal struggles in her life. Between her controversial relationships and responsibilities as a single mother, Panettiere has been forced to overcome her fair share of hurdles.

But the beloved actress has continuously triumphed over her challenges, proving every time that she’s a lady with class and grace. Keep scrolling to see how Panettiere has transformed throughout the years.

Hayden Panettiere kicks off her start in Hollywood

Hayden Panettiere was bit by the acting bug at a very young age. The actress, who was born on Aug. 21, 1989, was raised by her mom, Lesley R. Vogel, a famed soap opera star, and her dad, Alan Lee “Skip” Panettiere, a fire captain (via TheThings). Panettiere was raised alongside her younger brother, Jansen Panettiere, in Palisades, N.Y.

After a few years of performing as a little girl, Panettiere secured a place in the spotlight with her starring role as Sarah Roberts on the daytime soap opera One Life To Live. The gig, which she played from 1994 to 1997, was just the start of an incredible career.

From 1998 to 2000, Panettiere appeared on Guiding Light, as well as both Touched by an Angel and If You Believe in 1999. After portraying the voice of Dot in Disney’s A Bug’s Life and acting in films like Message in a Bottle and The Object of My Affection, she starred in her first-ever major motion picture after being cast in 2000’s Remember the Titans. From that moment, it feels like the rest is history.

Following her appearance in Remember the Titans, Hayden Panettiere established herself as a staple in show business. The New York native had parts in Joe Somebody and Chestnut Hill in 2001, before going on to land a role in Ally McBeal. She portrayed Maddie Harrington alongside respected actors like Calista Flockhart, Greg Germann, and Portia de Rossi for 12 episodes in 2002 (via IMDb).

By the mid-2000s, Panettiere’s career was flourishing. She was landing gigs left and right — she has notable credits in Raising Helen, Racing Stripes, Malcolm in the Middle, and Law & Order: Special Victims Unit, among many others — but that does not mean she was not experiencing any internal struggles. As she matured into her teen and young adult life, she used the love of her friends and family to remain on the right path.

“I’m no different to anyone else and those same doors were opened to me and they are very easy to walk through,” Panettiere said, referring to “drugs, alcohol, [and] being in inappropriate places where you shouldn’t be at a certain age” during an interview with BBC Breakfast in June 2013 (via The Daily Mail). “It’s a very tough position to be in, but I had great people to pull me back from it.”

Hayden Panettiere had one plan for herself, and that included rising in the Hollywood ranks. She continued to do just that in the late 2000s, appearing in countless films, such as The Good Student, The Architect, Bring It On: All or Nothing, Shanghai Kiss, and Fireflies in the Garden.

Panettiere also turned heads with her portrayal in the acclaimed TV program Heroes. She starred as Claire Bennet, a cheerleader who discovers she has supernatural powers just in time to prevent a catastrophic event from happening, from 2006 to 2010 (via IMDb).

Panettiere was extremely dedicated to her Hollywood career, but her focus shifted during these years as she became increasingly involved in activism. The actress became a real-life superhero when she traveled to Japan in 2007 and protested against the slaughtering of dolphins. At the time, Panettiere put her life on the line when she courageously tried to save dolphins from being kill by fishermen (via Access Online).

Three years later, in 2010, Panettiere traveled to Japan once again to call for the end of the country’s annual dolphin hunt. “We are trying to peacefully come up with better ideas as to how to generate income and utilize the nature here,” Panettiere told reporters when she arrived (via CBS News). She has since continued her efforts.

Just as Hayden Panettiere was at the peak of her profession in the early 2010s, her personal life was also taking off. The bombshell announced her engagement to longtime boyfriend, Wladimir Klitschko, during an appearance on Live with Kelly and Michael in 2013 (via The Hollywood Reporter).

The following year, in 2014, Panettiere and Klitschko became parents for the first time when they welcomed their daughter, Kaya Evdokia Klitschko. “We are over the moon and madly in love!” the proud parents told People following Kaya’s birth. According to the outlet, the little one weighed 7 lbs., 14 oz., and measured 20 inches long.

Panettiere and Klitschko raised their baby girl together for a number of years, but they ultimately ended their engagement in August 2018. At the time of the split, a source told E! News that the couple was dedicated to being the best “co-oparents” to their daughter going forward.

“Kaya is primarily with her dad and his family in Europe and Florida. They also spend time together as a family with Hayden,” the insider explained. “Hayden and Wladimir are on great terms and friendly. They are a big part of each other’s lives and will continue to be. Hayden is back in Los Angeles and figuring out what’s next.”

Hayden Panettiere gets into a new relationship

Throughout her first high-profile romance with Wladimir Klitschko, Hayden Panettiere juggled her career. She starred in Nashville from 2012 to 2018, Heroes Reborn from 2015 to 2016, and she also acted in movies like Scream 4, The Forger, and Custody.

In 2018, though, Panettiere made headlines for reasons other than her career. Shortly following her split with Klitschko, Panettiere became romantically involved with actor and real estate agent Brian Hickerson. However, their relationship soon proved to be volatile, as Hickerson was arrested for domestic violence in May 2019.

Hickerson’s charges were eventually dropped, according to In Touch Weekly, and the pair seemingly got back together by November 2019, People reported. This was heartbreaking for Panettiere’s friends and family, as they knew her relationship with Hickerson was doomed. “They are not fans of Brian,” an insider told the publication in November 2019. “It’s clear that he has issues of his own, not to mention the anger issues, which is obviously a big one.”

Hayden Panettiere comes back stronger than ever

Hayden Panettiere gave love with Brian Hickerson another shot, but it was not long before she realized he had not changed. The M.F.A. actor was arrested for domestic violence once again after allegedly punching Panettiere in the head in February 2020, TMZ reported. At the time, she filed to register an out-of-state restraining from Hickerson in July 2020 (via People).

Panettiere also broke her silence on the destructive relationship that forced her to retreat from the Hollywood spotlight in recent years. On Instagram, she shared crisis hotline numbers “for anyone else affected by abuse and needing support.”

“I am coming forward with the truth about what happened to me with the hope that my story will empower others in abusive relationships to get the help they need and deserve,” her statement read. “I am prepared to do my part to make sure this man never hurts anyone again.”

Since then, Panettiere has been reinventing her reputation as a beloved child-to-adult actress. Not only is she rocking a new, chopped blonde bob — which she flaunted in a social media post in October 2020 — but she’s focusing on the most important things in her life, including her role as a mom, her work as an activist, and her legacy as an inspiring celebrity.

If you or someone you know is dealing with domestic abuse, you can call the National Domestic Violence Hotline at 1−800−799−7233 or TTY 1−800−787−3224. You can also find more information, resources, and support at www.thehotline.org.