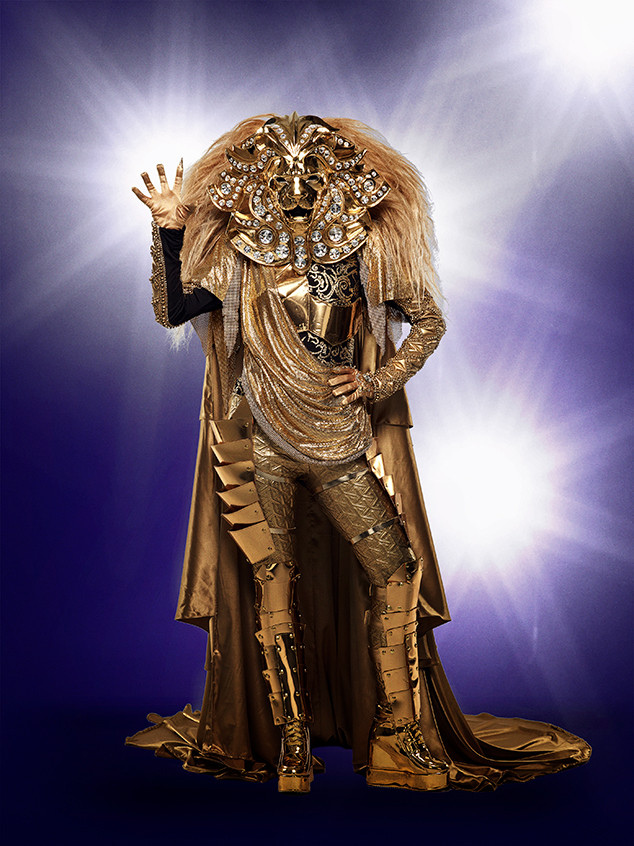 Ever since week one of The Masked Singer, Rumer Willis has been one of the most popular guesses for the Lion.

She’s a part of Hollywood royalty, we already know she’s a great singer, and as part of the Fox family thanks to her role on Empire, it’s pretty likely Fox could have gotten her to do this show. So of course, everyone was going to ask Willis about the Lion when she hit the red carpet at the SAG Awards.

“I am not,” she told People Now during the People, Entertainment Weekly & TNT Red Carpet before the show, but she admitted to having seen the rumors. “All of a sudden when it started airing, I started getting all of these things in my Twitter feed and I said, oh okay. Well, maybe I have to watch this and see what’s happening. It’s pretty cool.”

When E! News spoke to her on the same carpet, there was no such denial.

“My Twitter feed was going off and all of these things kept popping up,” she told us. “I was like guys, what is happening? I literally didn’t know what to do. I was like, okay guys, I don’t really know, but okay, this is cool. I think it was awesome. I really love the idea for the show.”

Now, let’s get one thing straight: No on who is on The Masked Singer who hasn’t been unmasked yet can say they are on The Masked Singer. That would defeat the entire purpose of being on the show, so obviously, Willis was never going to say yes. She probably contractually can’t. But what she can say is exactly how Margaret Cho described her reaction when people accused her of being the Poodle (which she was):

“I didn’t tell anybody in my life, and that was hard too, especially when the show began airing and people were like, are you? Are you? And I was getting called all the time, people sliding into my DMs. Are you? Are you?? I’m like, I don’t know what that is, I’m not sure, what is that? I’m on the road, I don’t know.”

Oh gee, I don’t know what you’re talking about. The Masked Singer? What is that?

That’s about all you can really say if, in fact, you are on The Masked Singer and still can’t tell anyone about it. Willis’ denial means absolutely nothing, so all we can really do is go back through the clues and reiterate the fact that they fit the star perfectly.

Her parents are Bruce Willis and Demi Moore. Hollywood royalty for sure.

She’s a Leo. She used to have a giant lion tattoo on her arm. She worked on Empire, with the Lyons!

Willis was on the musical show Empire, but she’s also starred on Broadway and has long been appearing in musical performances around LA and NYC. The Lion is clearly talented, and Willis clearly is too.

In her second clue video on The Masked Singer, the Lion is seen reading a newspaper called “Hailey Times.” Wikipedia lists Rumer’s home town as Hailey, Idaho, where her dad owned a ranch.

Exhibit E: Women in her Pride

The Lion said there were a lot of women in her pride after her first performance, and Willis does indeed have four sisters. That’s a lot of women!

Listen, we’re not here to call Rumer Willis a liar, but we also kind of are. It’s out of necessity, though, and we’d be a lot more mad if she just gave it away entirely. Nothing delights us more than a mystery, so thank you, Rumer Willis, for keeping the mystery alive, whether you are or are not the Lion.

And if Willis somehow isn’t the Lion, then that’s on us/the entire internet, and we can’t wait to be shocked by who it actually is.

The Masked Singer airs Wednesdays at 9 p.m. on Fox.