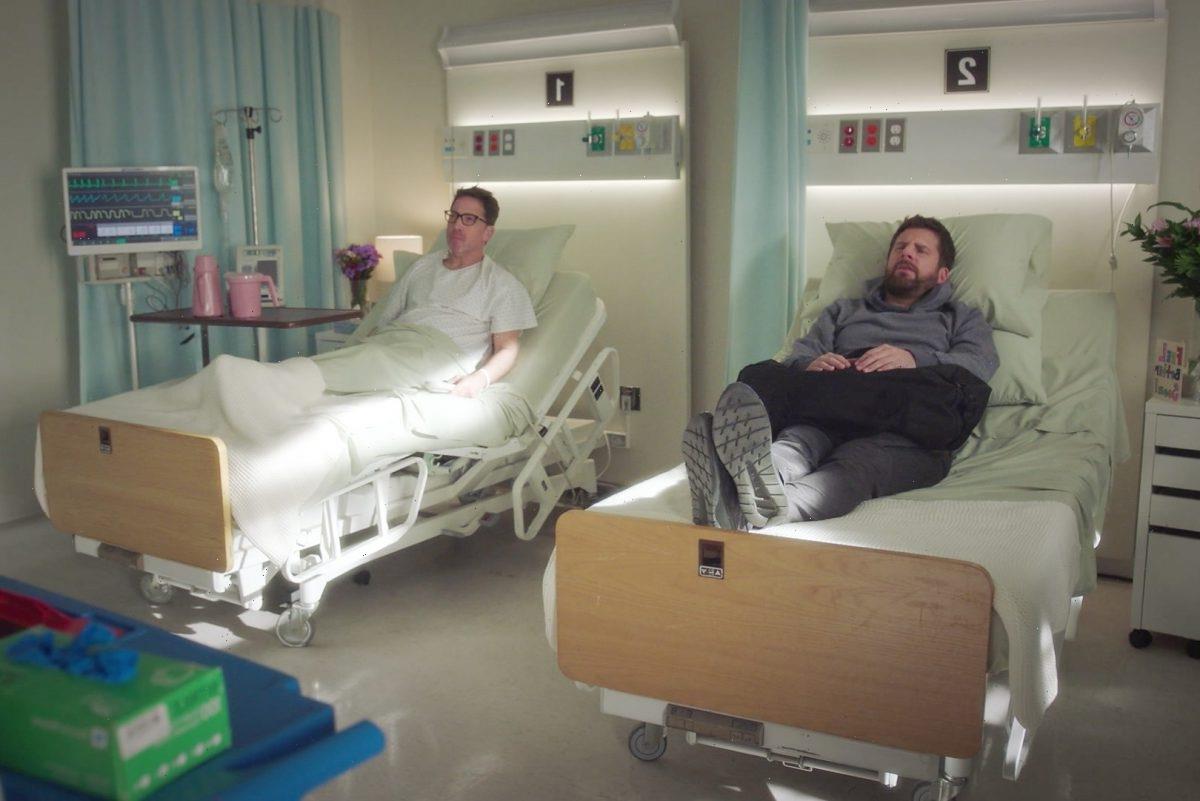 Thankfully, fans won’t have to worry about any more breaks for the rest of the season. A Million Little Things Season 4 will air its next six episodes uninterrupted until the finale, which means that episode 15 premieres tonight, April 13, on ABC.

Per ABC, episode 15 is titled “Fingers Crossed.” Series creator DJ Nash directed and co-wrote the episode with Michelle Leibel. The synopsis reads, “The gang gathers for a fun and festive game night as a means to distract Gary from dwelling on a heavy situation.”

In another clip, Eddie tells his AA support group that he’s dating Anna Benoit (Erin Karpluk), and he’s delighted. However, she spills a full glass of red wine on Eddie at the game night.

“I don’t want to be us with cancer,” Gary says to Maggie later in the preview, and viewers feel it in their souls.

Also, in the ABC press photos for A Million Little Things Season 4 Episode 15 tonight, viewers see Romy Rosemont walking along a path on her phone. She’s speaking to Regina or her ex-husband and Regina’s father, Ronald (Mario Van Peebles).

In episode 14, Shelly told Ronald that she led her husband to believe she had an affair because it was easier than telling him the truth. Not only did Shelly’s brother, Neil, sexually assault her, but he also took advantage of Regina. Ronald became very angry that Shelly would let Neil around Regina, knowing what he was capable of doing. Since the issue is unresolved, it’s sure to come up in tonight’s episode of A Million Little Things.

Romy Rosemont guest-starred in Big Sky Season 2 on ABC recently. She also appeared in guest roles in Grey’s Anatomy, Private Practice, Prison Break, How to Get Away With Murder, and Scandal.