The Colorado-born model was captured seated in front of a huge dish of sweet treats, including a spiral candy cane and jelly fruit shapes, for a very special birthday treat. 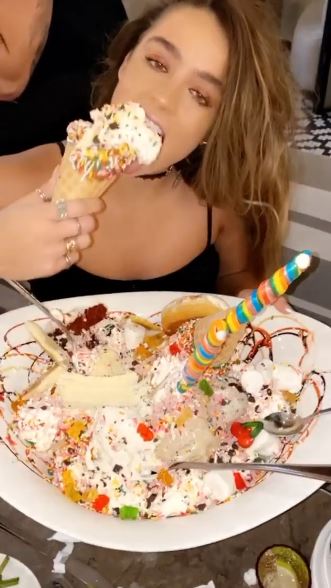 A video posted to Sommer's Instagram page saw the brunette clasping a sweet-studded cone before striking a deliberately sultry pout as she swept it through the frozen dessert.

She then gave it a huge lick while staring straight into the camera lense.

Sommer, who looked stylish in a black vest top and matching choker, then burst into fits of giggles surrounded by her pals.

She wrote in her caption: "I love @thesugarfactory." 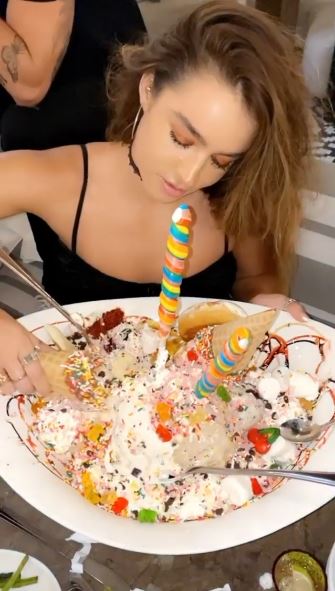 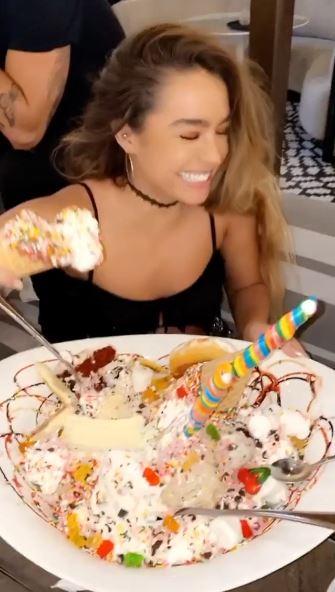 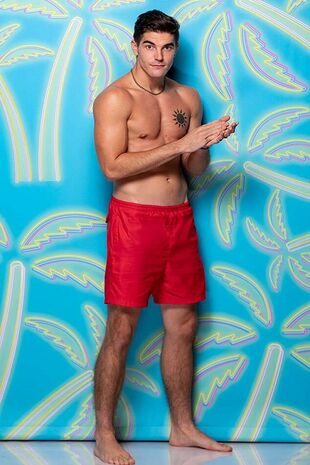 Some fans suggested Sommer was being deliberately provocative as she hovered over spiral candy with one writing: "She knew what she was doing with the thumbnail."

Sommer's celebratory cheer came as her ex Bennett name-dropped Machine Gun Kelly's former lover as his ex on his entrance to the villa.

His comments left Love Island USA star Kierstan, who has shown interest in the 26-year-old, open-mouthed in shock.

It remains to be seen who he will be partnered with in the next re-coupling.

Meanwhile Bennett and Sommer split on bad terms in 2018 after living together. 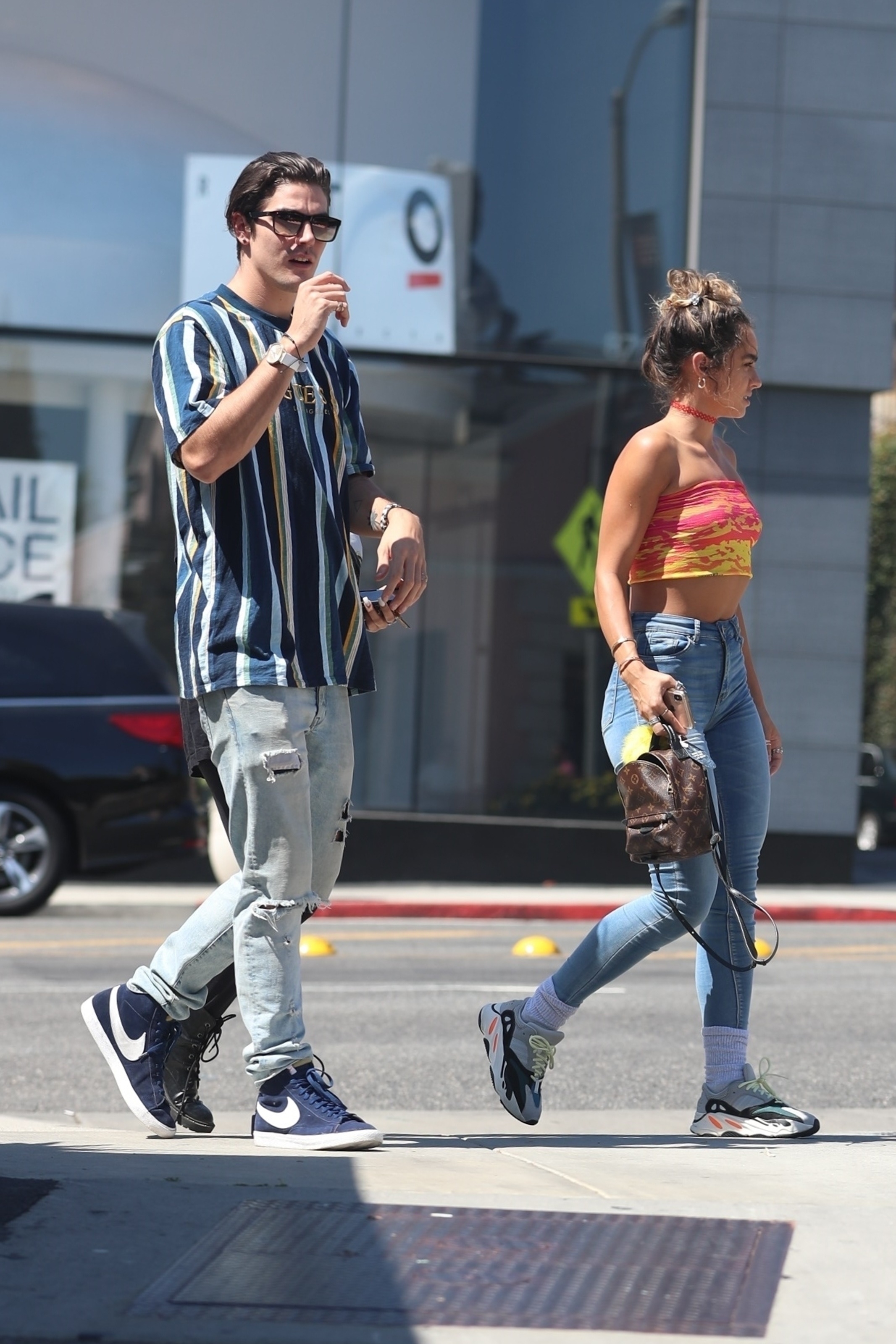 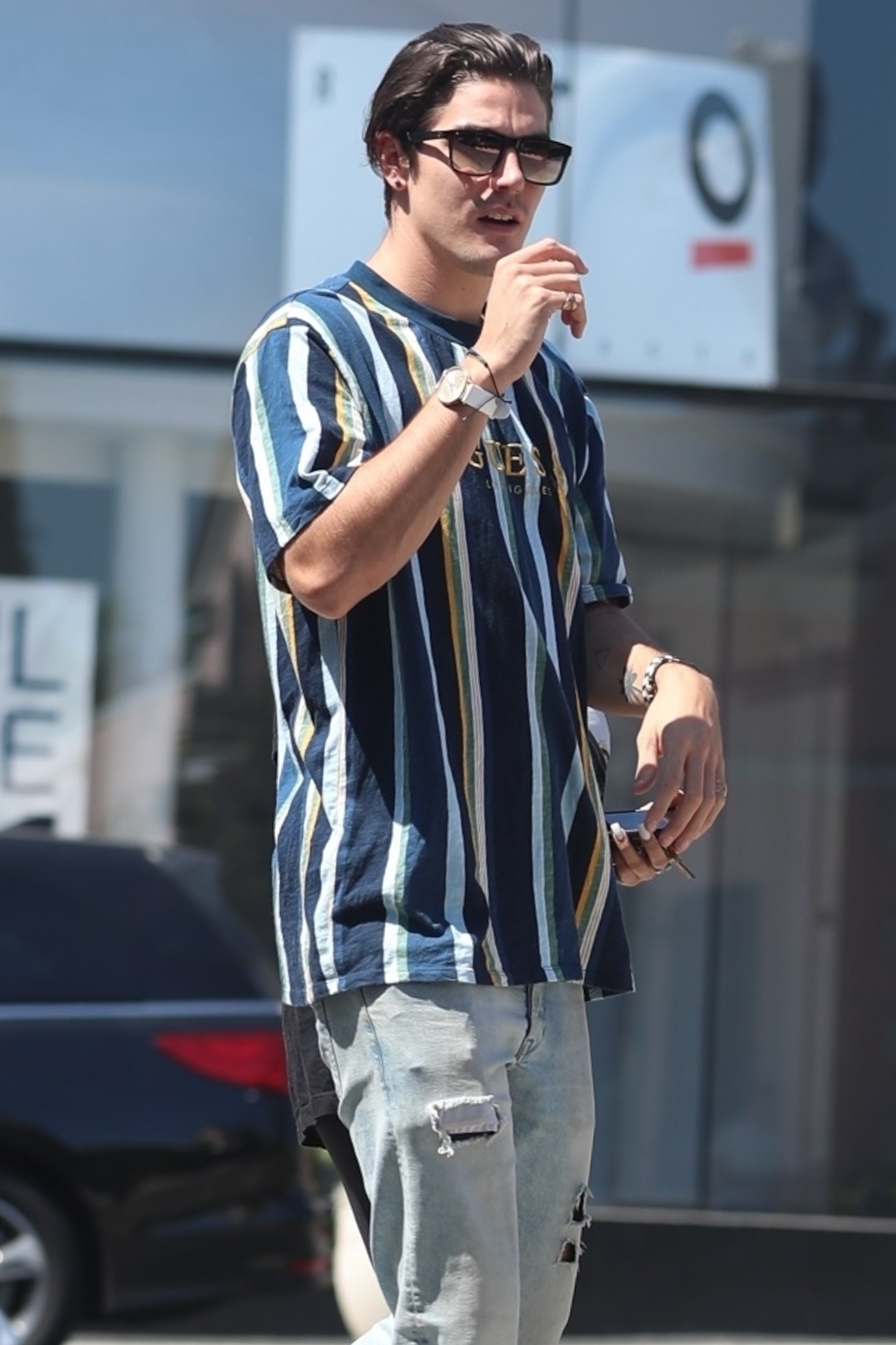 Back in March 2018, when the pair were still together, Bennett was on the end of a vicious beating by Kourtney Kardashian's ex Younes Bendjima.

The sickening footage shows Younes repeatedly punching him in the face, while Drake and Odell Beckham Jr watched on in the background.

At the time he planned to sue the NFL star and the rapper, and later claimed Drake ordered the attack with a 'throat slash' gesture to his security team. 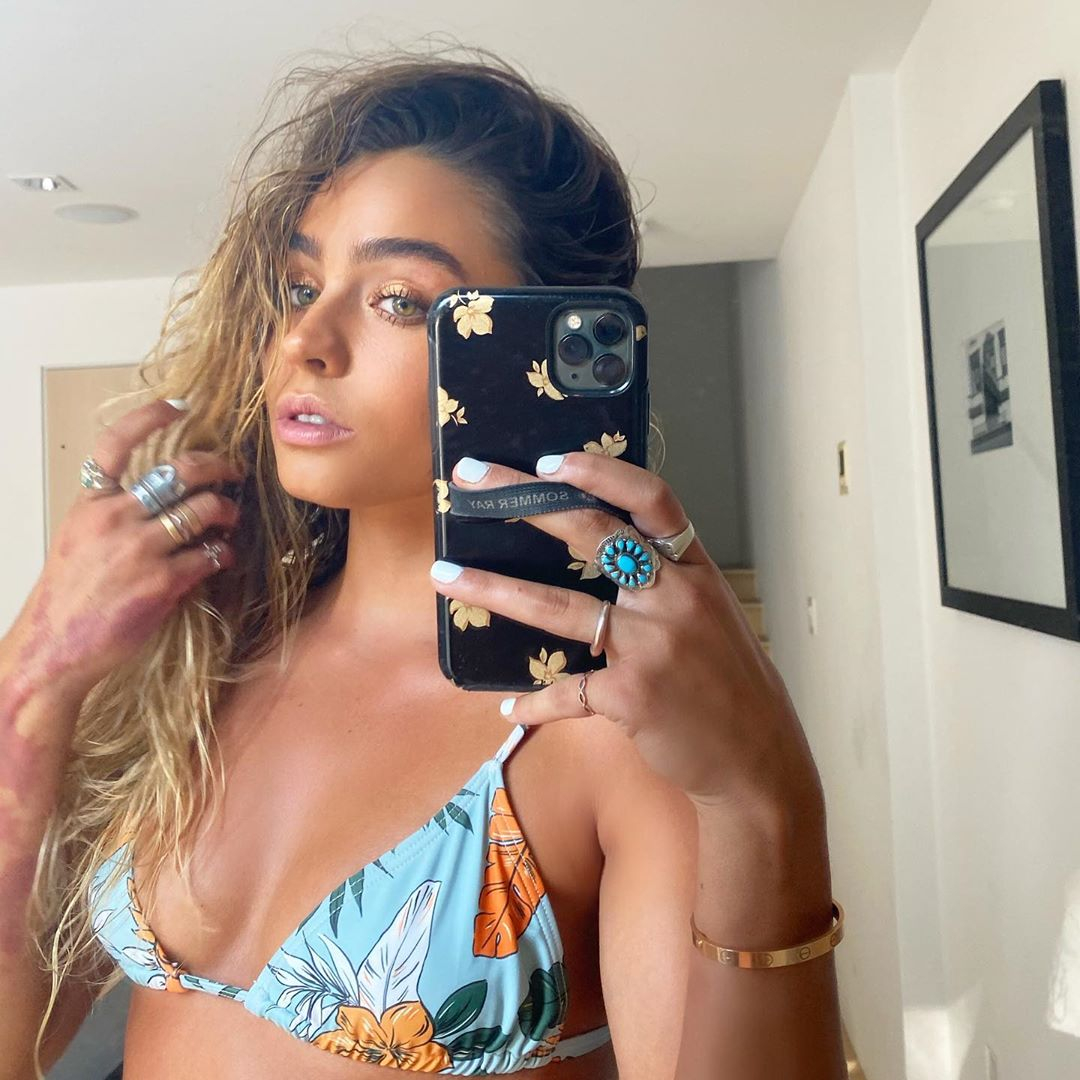 Sommer has since moved on, and is rumoured to be in a relationship with Tik Tok star Taylor Holder.

She gained a following on influencer marketing platform Zine, by posting fitness and exercise videos.

Her stock has continued to rise on other platforms including YouTube and Instagram, where she currently has over a staggering 25 million followers.