After living off basic rations for nearly a month, its no wonder some of the celebs let their hair down as they lapped up the free flowing alcohol. 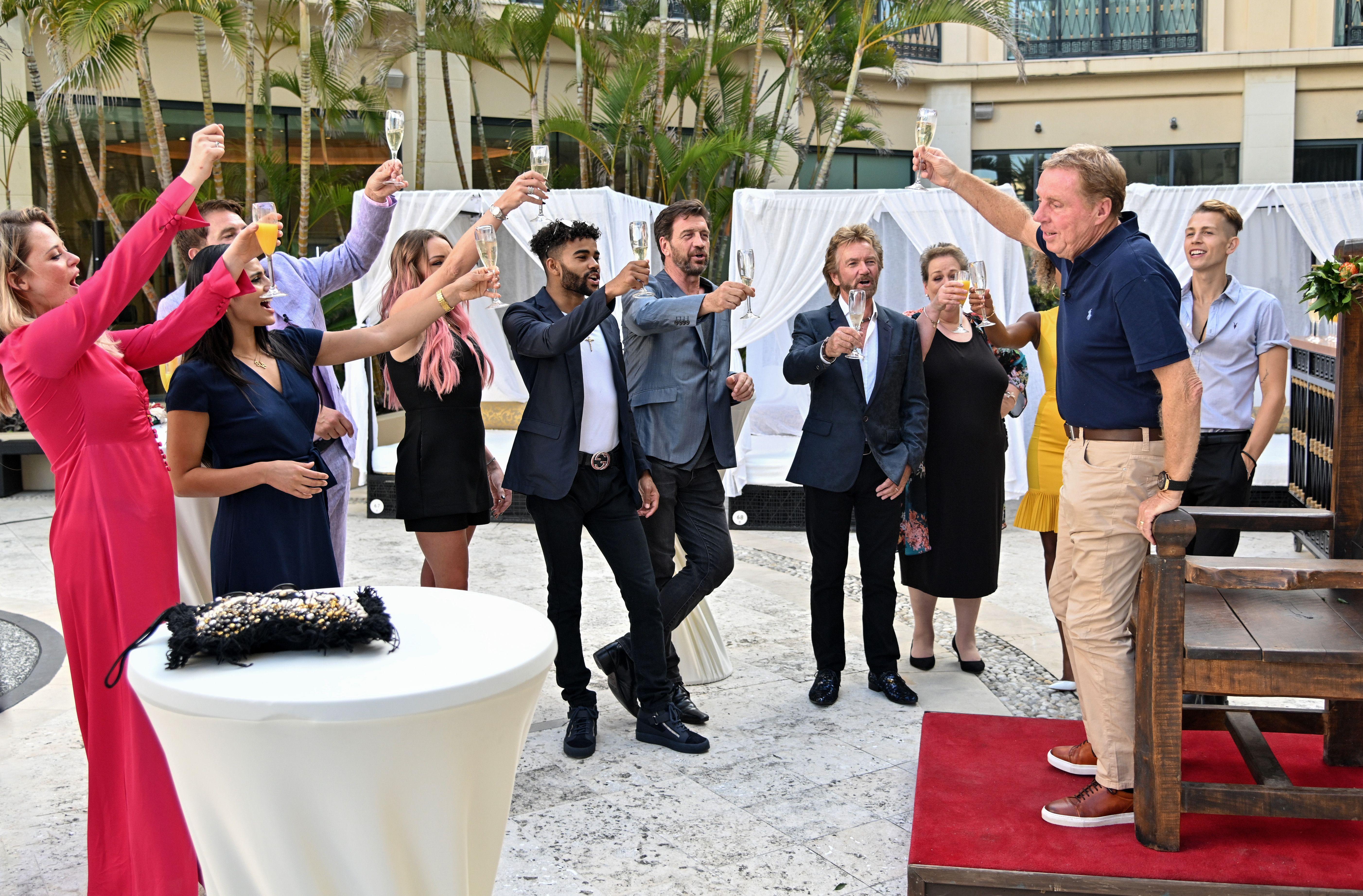 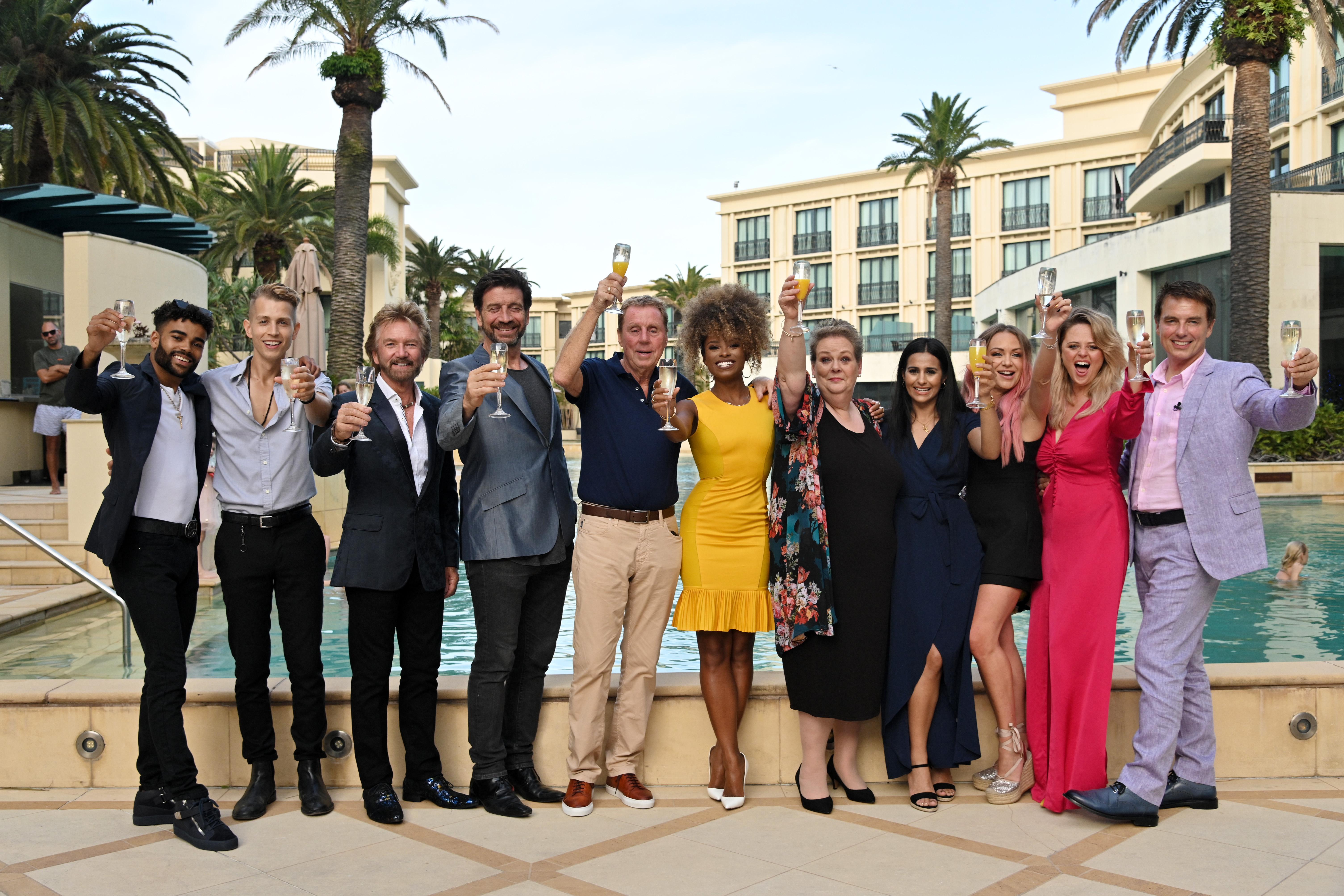 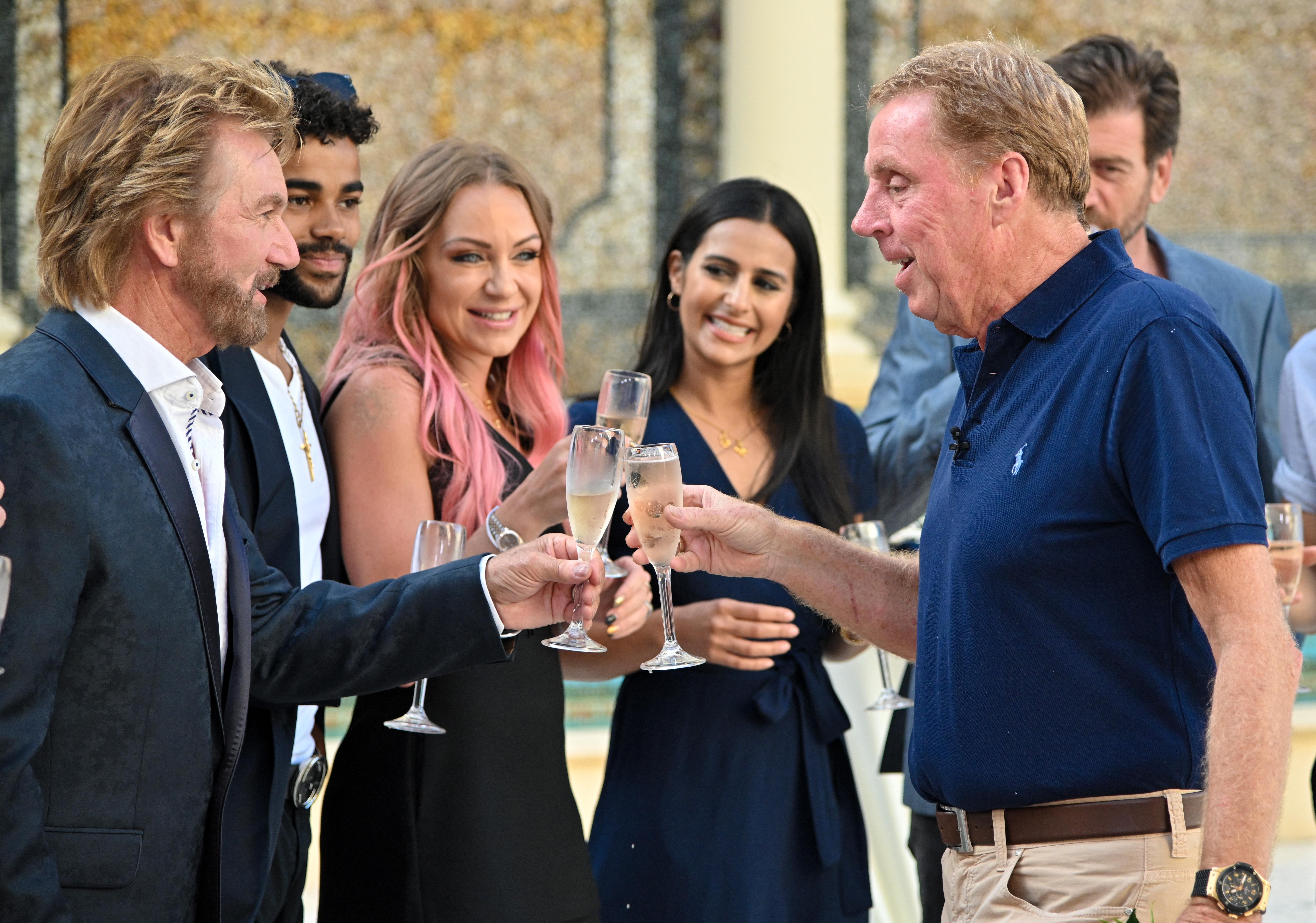 Step inside this year's after party and you'll find runner up Emily Atack planting a big kiss on John Barrowman, and King of the Jungle Harry Redknapp sitting on his throne.

All eleven celebs were there and were seen enjoying a glass of champagne as they toasted Harry's victory.

The campmates looked a far cry from how they had looked during their time in the jungle.

They were all immaculately groomed and there wasn't a pair of red shorts in sight. 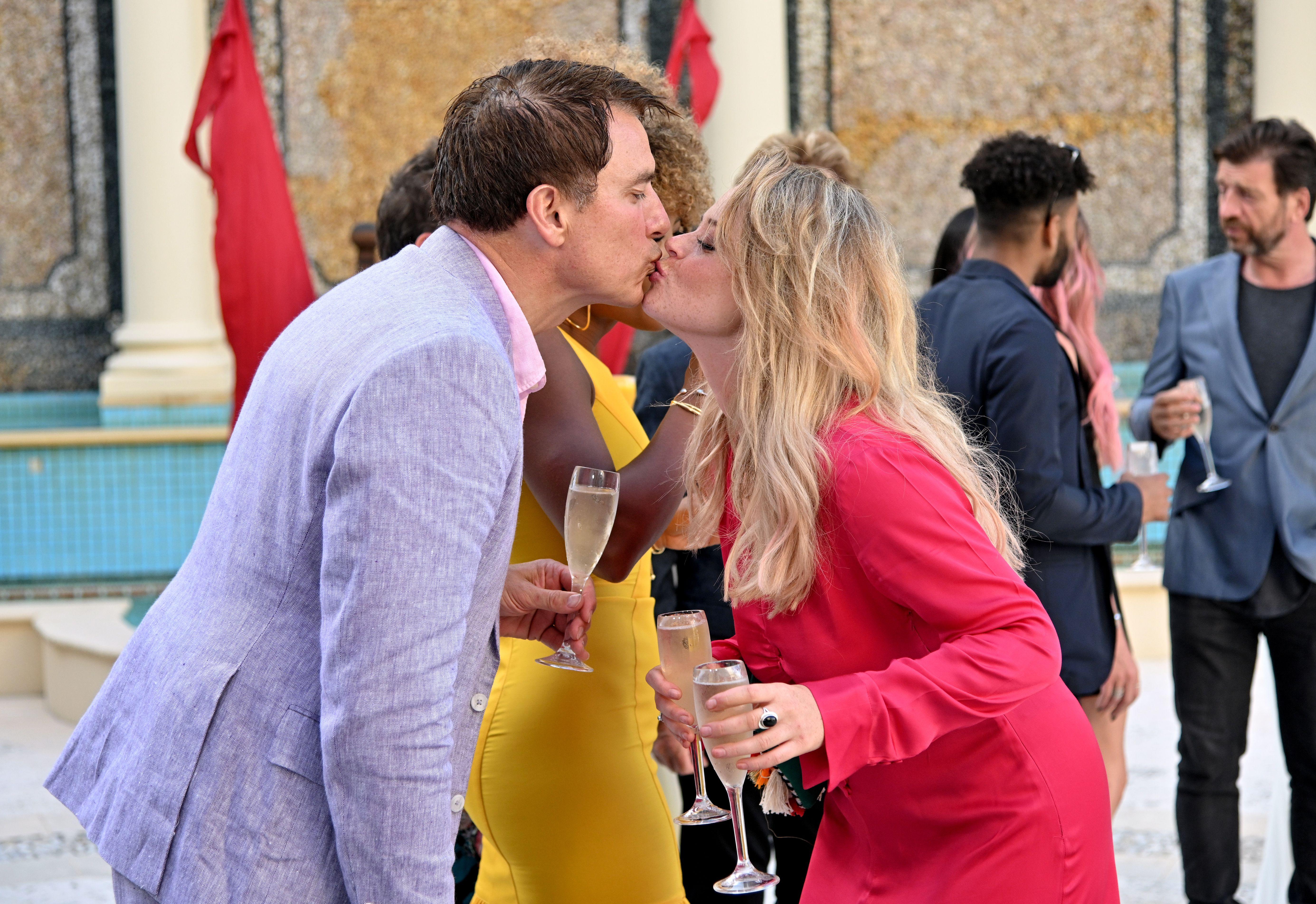 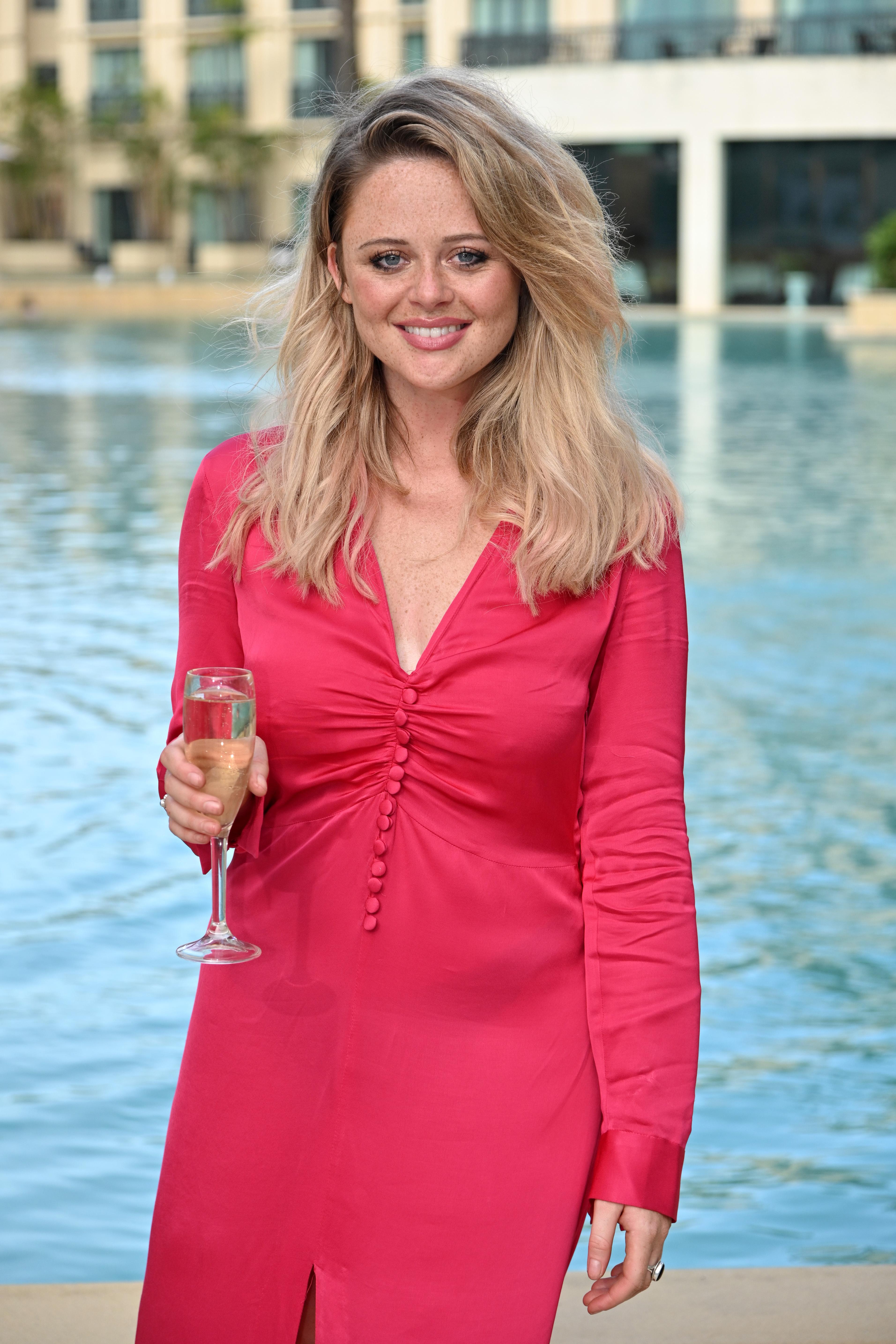 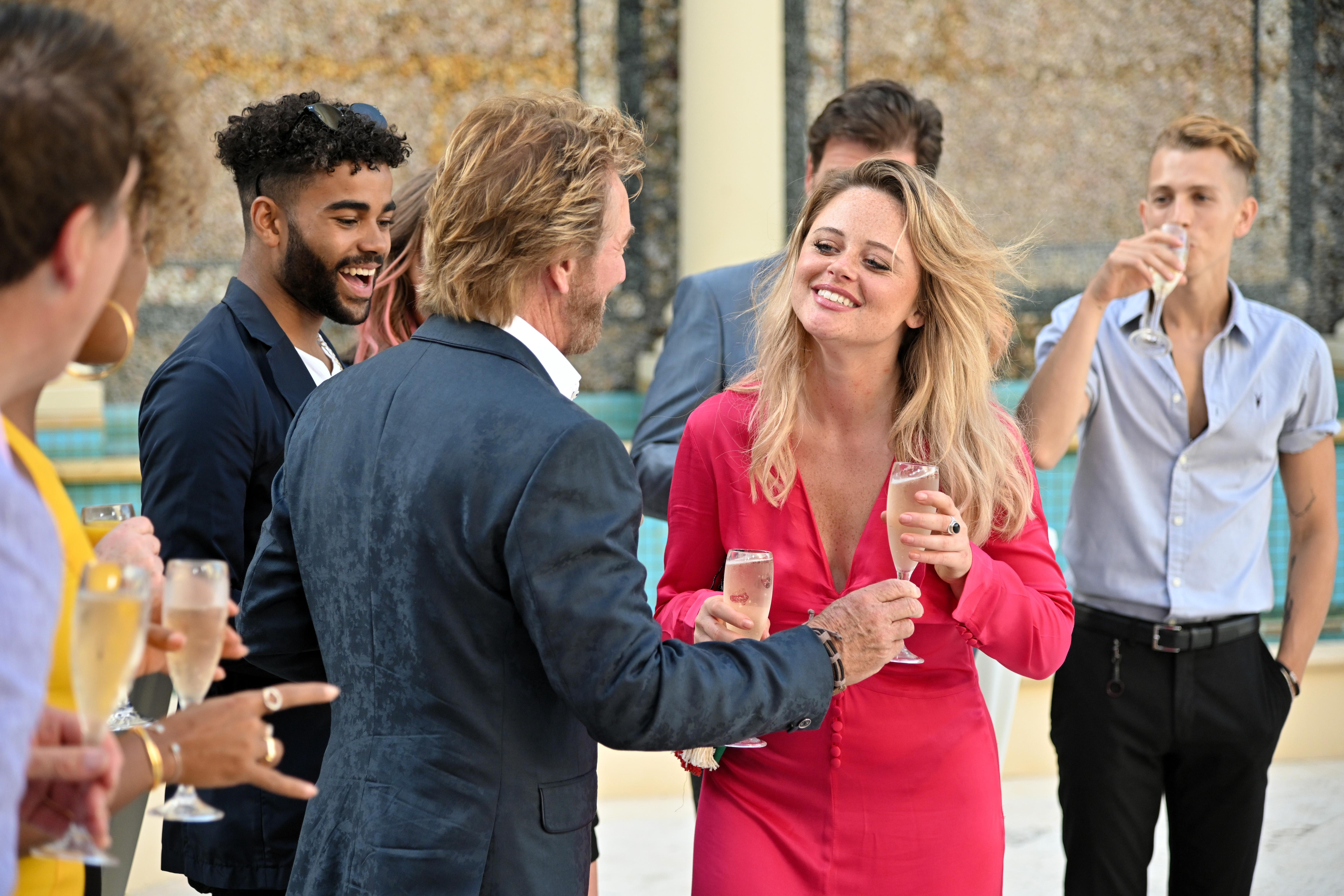 Dressed in their finest, the gang gathered together to share a drink and reminisce about their time in the jungle.

They all looked in  good spirits as they chatted and laughed with each other.

This year saw all the campmates get on, with NO major arguments.

Meanwhile, Emily is the real winner of this year’s I’m A Celebrity as TV and theatre bosses clamour to sign her up. 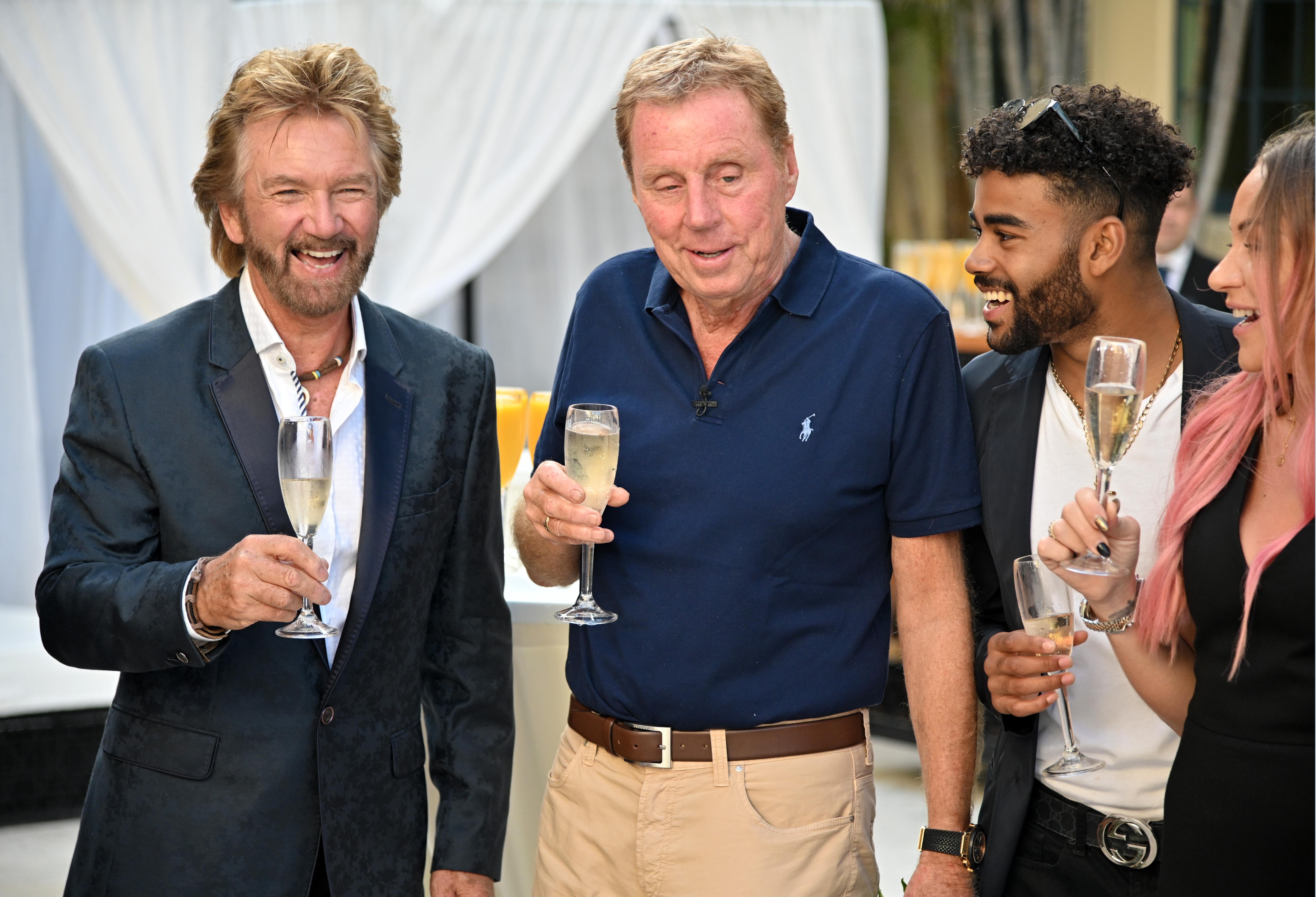 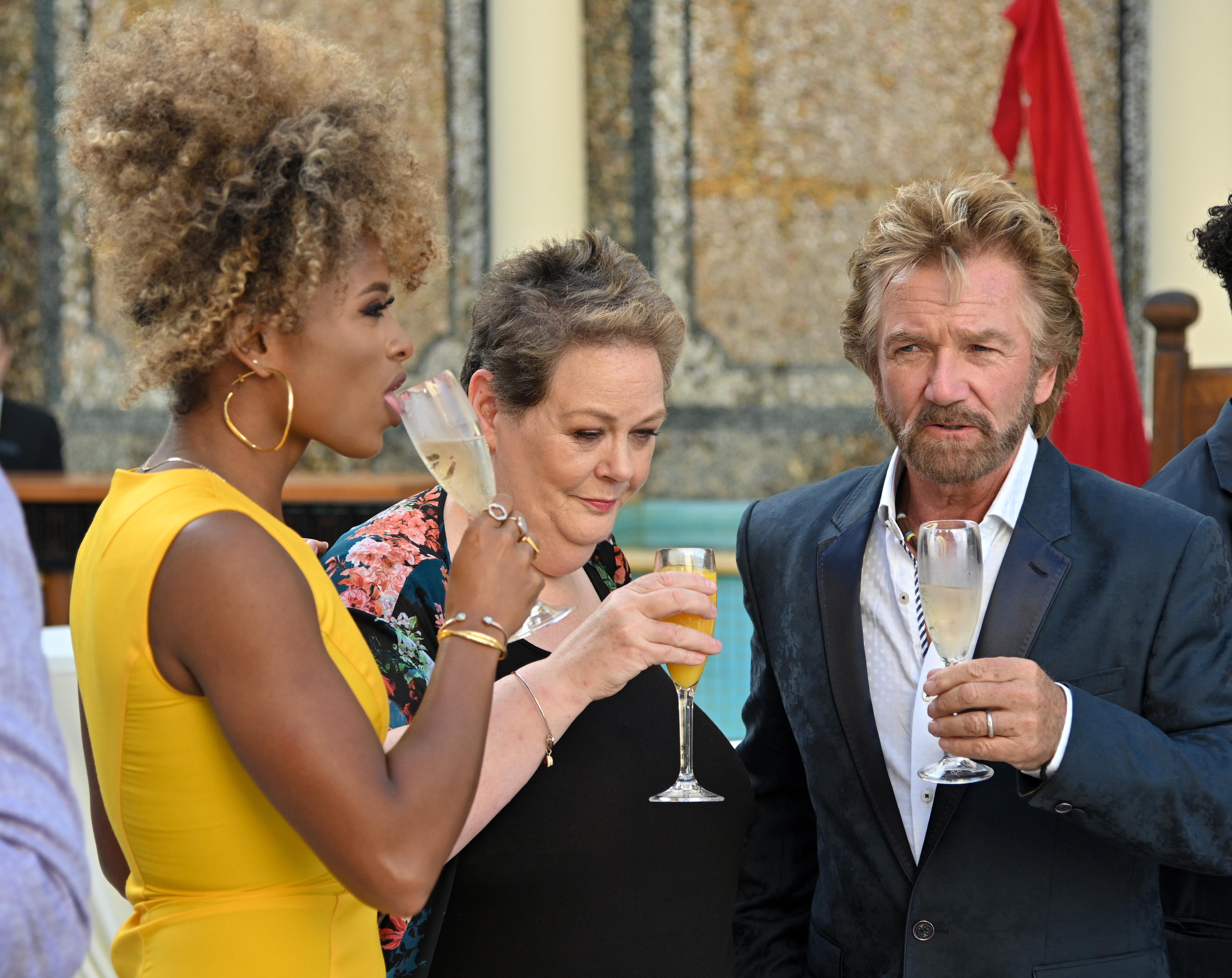 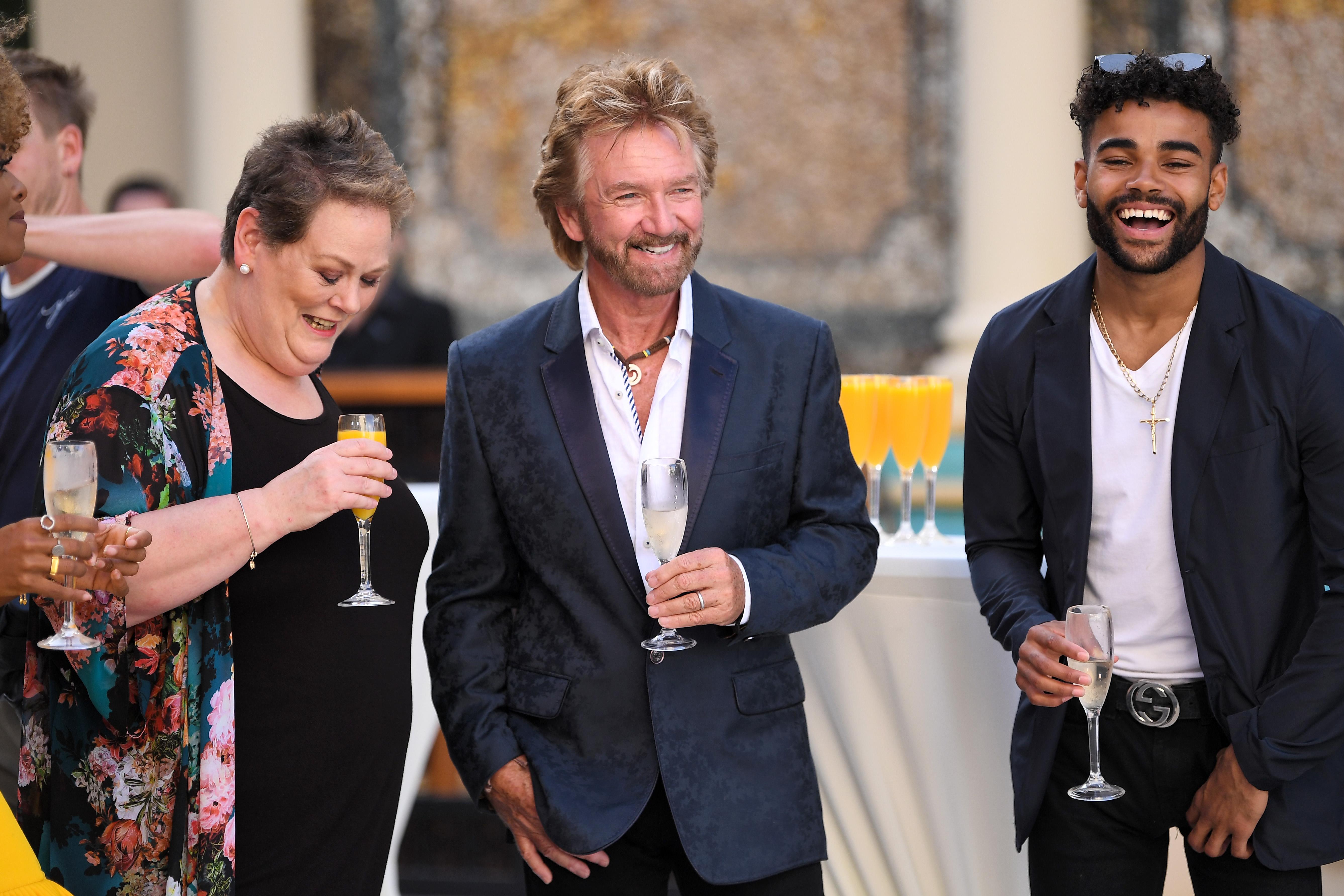 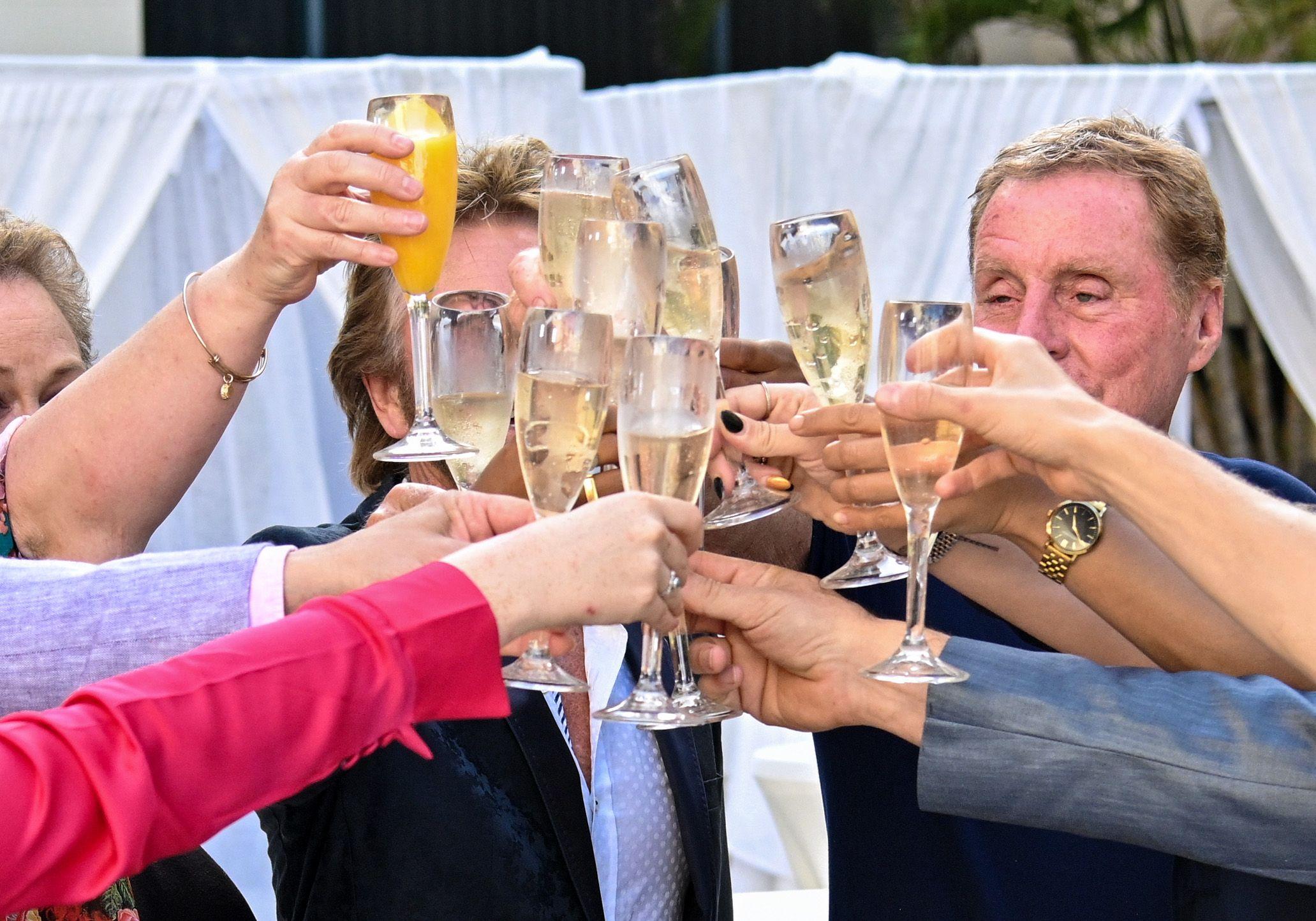 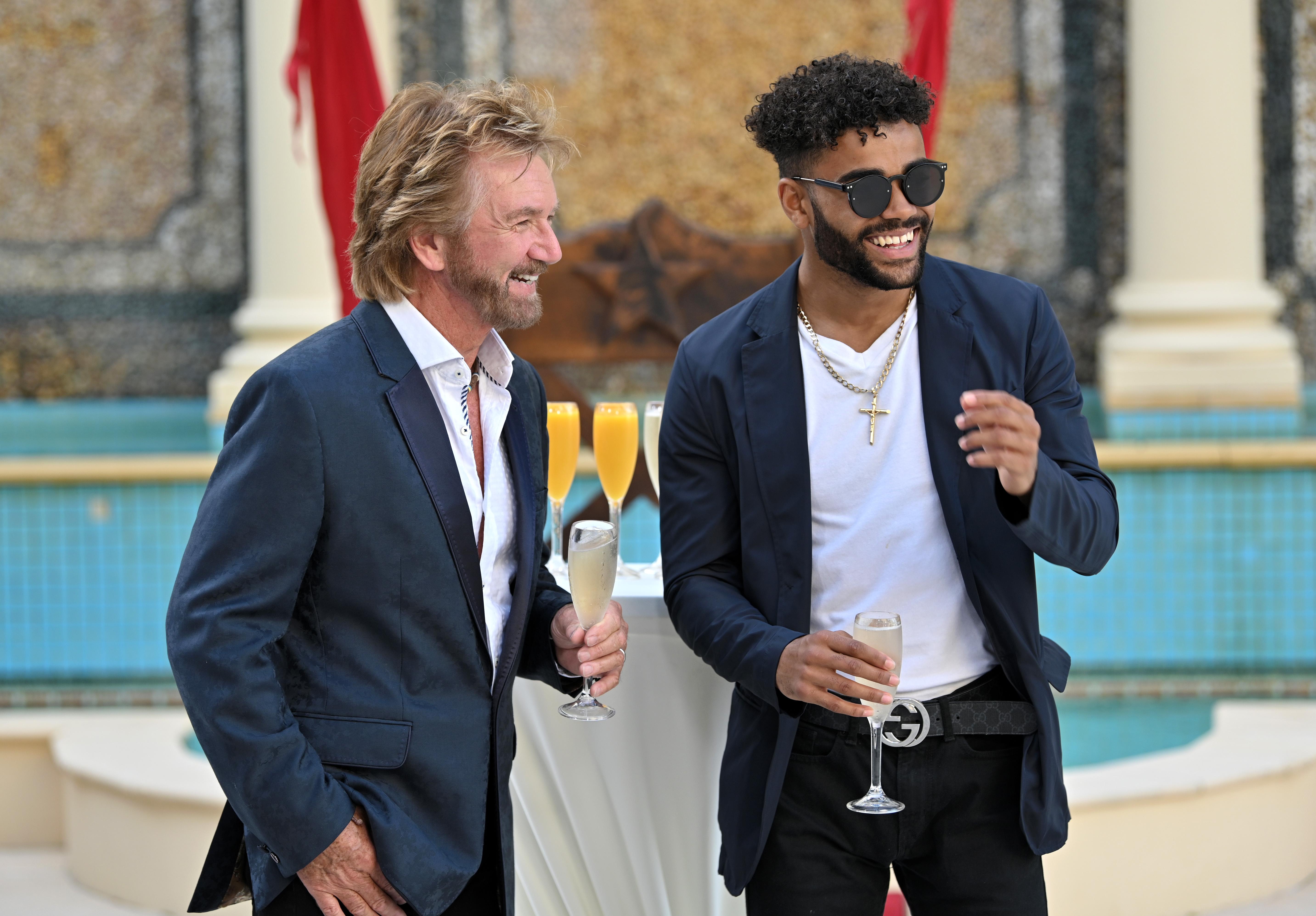 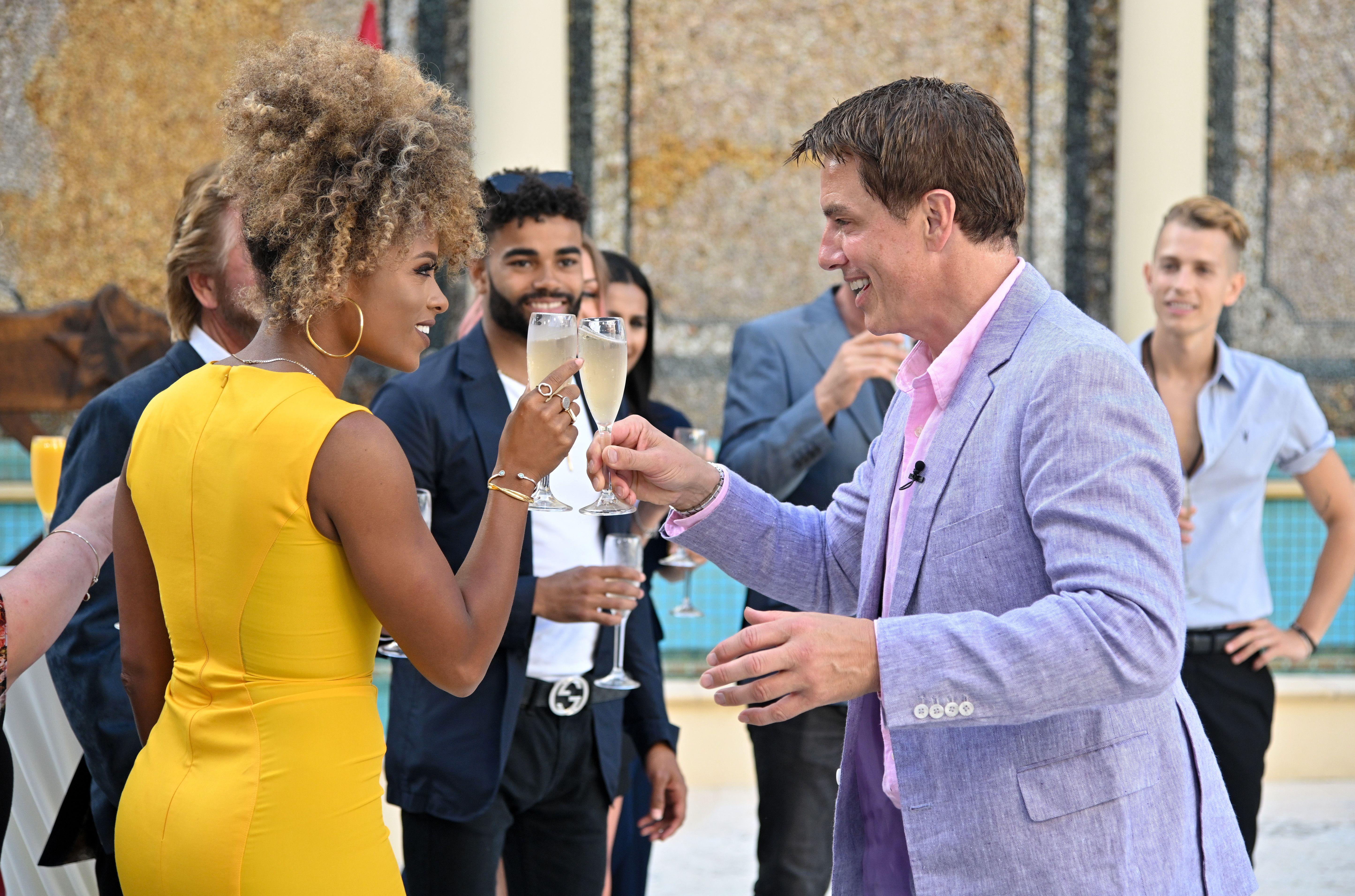 The 28-year-old actress came second to Harry Redknapp on Sunday’s final and insiders told The Sun Online she’s about to hit the big time.

While 71-year-old Harry is reported to be writing a new book about his experiences, and has been linked to a number of new TV gigs, it’s Emily who will reap the most rewards from the exposure on the show.

Her hilarious impressions in camp and happy-go-lucky nature have got bosses across the entertainment industry desperate to tie her into lucrative deals.

A source told The Sun Online: “Emily called herself the Jungle Princess and she couldn’t have been more correct.

“When she lands back in the UK she’s got some huge meetings scheduled in and has some really lucrative opportunities to think about.

“This Morning bosses are already hoping to tie her down to a short-term role because she’s so well suited to their audience.

“And a number of big comedy panel shows are hoping to get her on board over the next 12 months.”

Next April Emily is off on a solo comedy tour, Talk Thirty To Me, and The Sun Online can reveal she’s landed a starring role in a new Disney film, called Patrick, alongside Jennifer Saunders.

But even though her schedule is jam-packed, Emily is said to be open to working as much as possible. 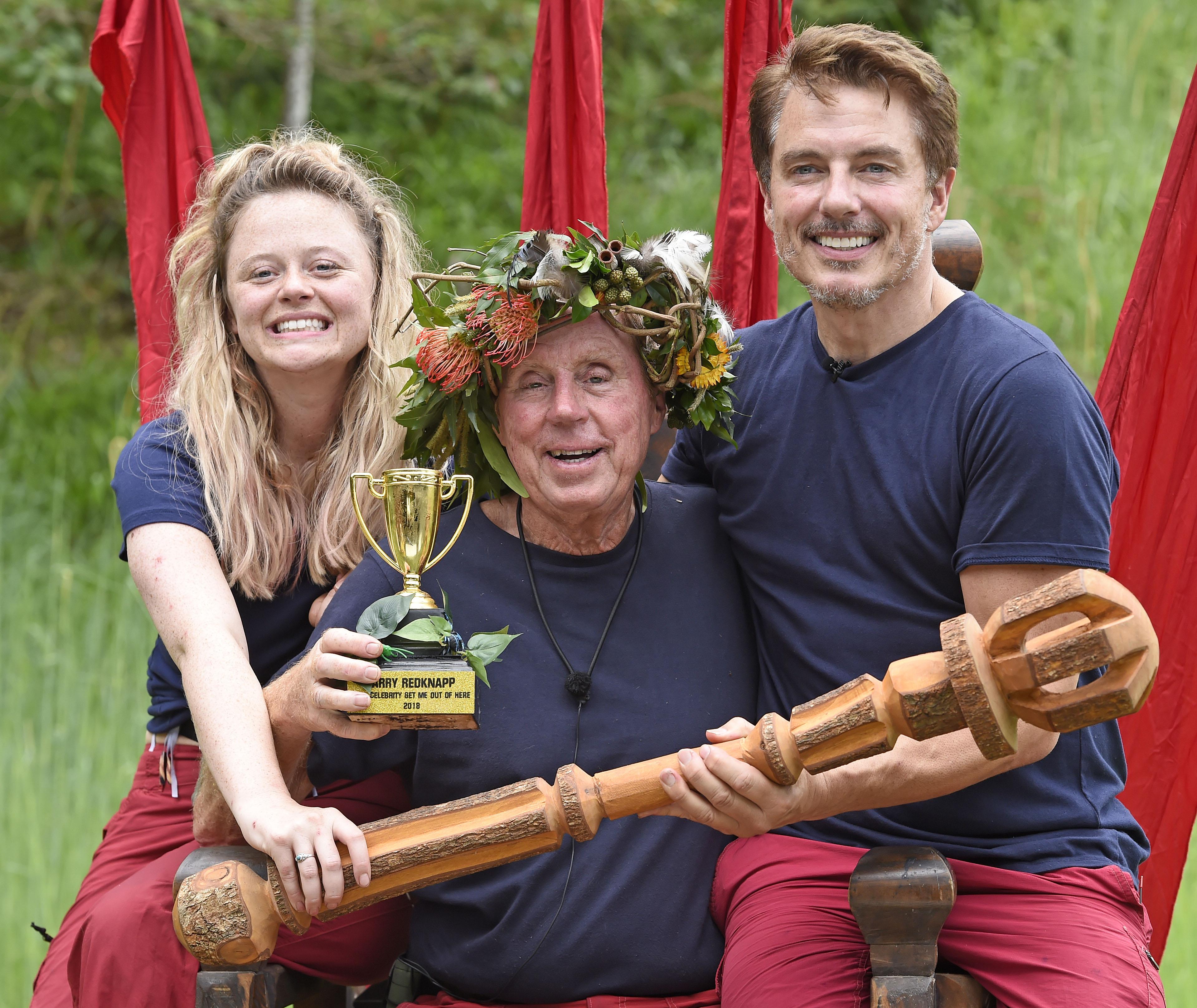 The insider added: “Emily is still stunned she managed to do so well in the jungle but she’s a natural entertainer and now everyone has seen how funny she is.

“Her fans should expect to see her on screen – and on stage – a lot in the next 12 months.

“Out of everyone who appeared on the show, even Harry, she’s the real winner of the show because it’s opened so many doors.”

Speaking about her time in camp, after she was named as the runner-up, Emily said the show had already changed her life forever.

Emily said: “I came into this not with a difficult start to the year. I didn’t know what I was doing. I have so much self-acceptance. I worry about things constantly at home. I realise I don’t have to do that.

“I will never doubt myself again. I can survive in the jungle so now I can do anything.

“It’s the most mental thing ever. I found new love and respect for myself.”