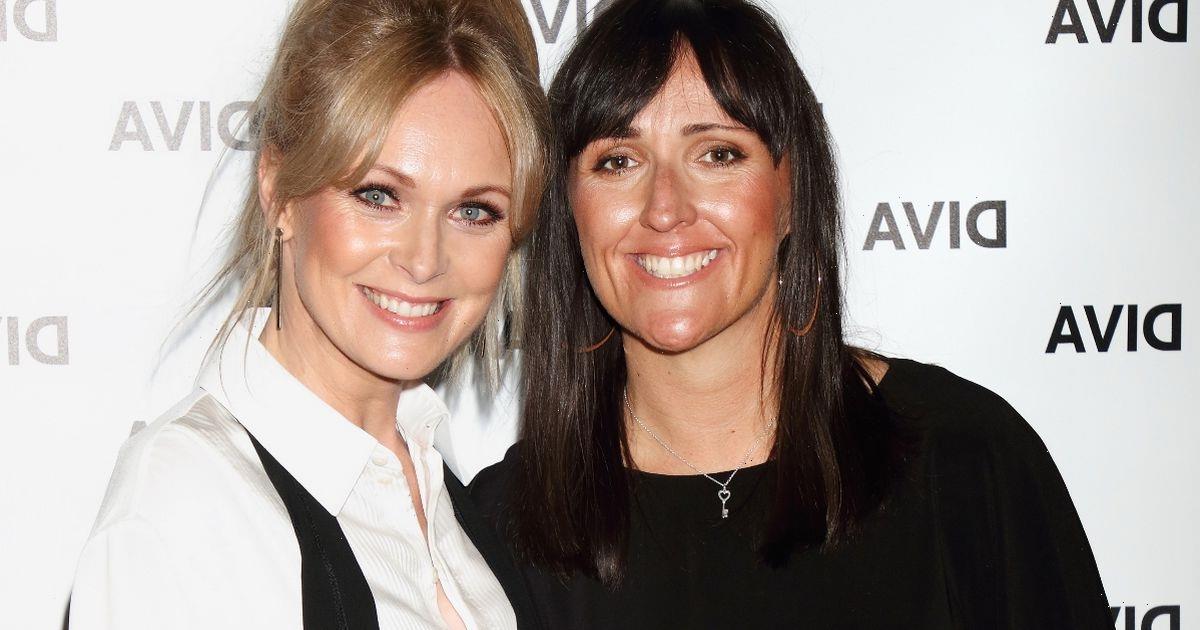 Vanessa Woodfield and Charity Dingle recently shared a near kiss in Emmerdale which the former has since downplayed in the days since.

Charity however is remaining hopeful that there could be something more between them.

Will their romance blossom into something else? Or will Charity be left heartbroken?

While romance does not seem to be blooming on screen for Vanessa yet, off-screen, actress Michelle Hardwick has a sweet relationship with Emmerdale producer Kate Brooks.

Since meeting in 2018, the couple have been on a romantic journey together, including a stunning Elvis themed wedding and the birth of their son Teddy.

Michelle met Kate Brooks while working on the set of ITV soap Emmerdale, where she plays village vet Vanessa Woodfield.

However, before Michelle and Kate were a couple, Michelle had previously been married to music teacher Rosie Nicholl.

They married in 2015, but split up two years later in 2017, with Michelle telling Daily Star: "Unfortunately Rosie and I did split last year but are still good friends.

"It was one of those things where we did drift apart. We had a big fairy-tale wedding and I still love that day. It was brilliant.

"It's just really sad and one of those things that happen."

One year after her heartbreaking split from Rosie, Michelle continued to focus on her work, but romance blossomed on set between her and newly promoted producer Kate Brooks.

They made their relationship official in October 2018, with a sweet Instagram post that featured a photo of the couple, with the caption: "It will all work out in the end."

As their romance blossomed, the couple soon became engaged after Michelle proposed to Kate in a romantic cinema setting.

Speaking to The Sun, Michelle explained that she popped the question to Kate before a showing of The Greatest Showman, with their dog wearing a jumper on the day saying "Mummy, please say yes."

She said: "I hired out a small local cinema and I said to Kate, ‘ooh, can you keep that date free because there’s a special screening of The Greatest Showman.

"She’d never actually seen it at the cinema but we both love the music…We got there and a couple of my school friends were dotted around with their families, my brother drove us with my niece and nephew.

"And then I said: ‘I’m gonna ask you a question but before you answer, there’s somebody else that’s going to help me,’ and our little dog Fred, he was at the back and he had a jumper on saying Mummy please say yes."

They later married in a stunning ceremony in 2019 at the famous Graceland Garden Chapel, based at Elvis Presley's former home, in Memphis, Tennessee.

It was a small and intimate ceremony, with only the couple in attendance. However, it is reported that they threw a huge party for friends and family on their return home.

The actress shared a sweet snap of them outside the chapel on Instagram, captioning the post: "In over 100 degrees heat, on Tuesday 10th September, I became Mrs Brooks."

The couple also celebrated their first wedding anniversary in September 2020 with a sweet Instagram post, with Michelle also sharing excitement for the arrival of their baby a few weeks later too.

She said in the post: "What a difference a year makes! Happy 1st Wedding Anniversary to my soulmate, best friend and beautiful wife.

"Here’s to the next chapter Brooksy. We love you so much #countingdowntheweeks."

With both Michelle and Kate working on one of the biggest soaps in the country, it is hard to imagine how the couple switch off from their work while they are at home.

However, Michelle explained in an interview with The Mirror that the couple will look at the scripts while they are at home, but ensure that they make time to step away from their work.

She said: "It is quite hard to say that we don't bring work home because obviously, I have to learn my lines.

"So as soon I have finished I'm at home learning seven or eight scenes for the next day or Kate will be sat in her room reading scripts and doing edits.

"But at weekends we do tend to say, 'Right, no scripts – it is important to switch off."

Seven months after Michelle and Kate married, the happy couple announced that they were expecting their first child.

The couple had IVF treatment, and in October of that year, their son Edward 'Teddy' Peter Brooks was born.

A few months after Teddy's birth, Michelle also shared an insight into the IVF journey that Kate and herself went on in the year before, in a series of Instagram posts for National Fertility Week.

Sharing photos of their journey together, the actress said: "As it is National Fertility Week, we just wanted to share a glimpse of our amazing IVF journey.

"From the initial injections, to the transfer of Kate’s egg to me, it’s been a rollercoaster of emotions, but one we wouldn’t change for the whole world!

"We were extremely lucky that it worked first time, as we know the journey can be a lot harder for some. So whatever stage you are at with your fertility treatment, try and stay strong and stay positive. Teddy, you made it all worthwhile."

Michelle has since shared sweet snaps of her and Kate with Teddy, including one post where they spent time with friends over lunch.

The actress captioned the post, "Teddy; the lad who lunches. Perfect afternoon with our gorgeous girls."

Fans went wild for the photo, with one saying: "Teddy is so big! Looks like a fun time," while a second added: "Teddy is growing so much! He’s so adorable."