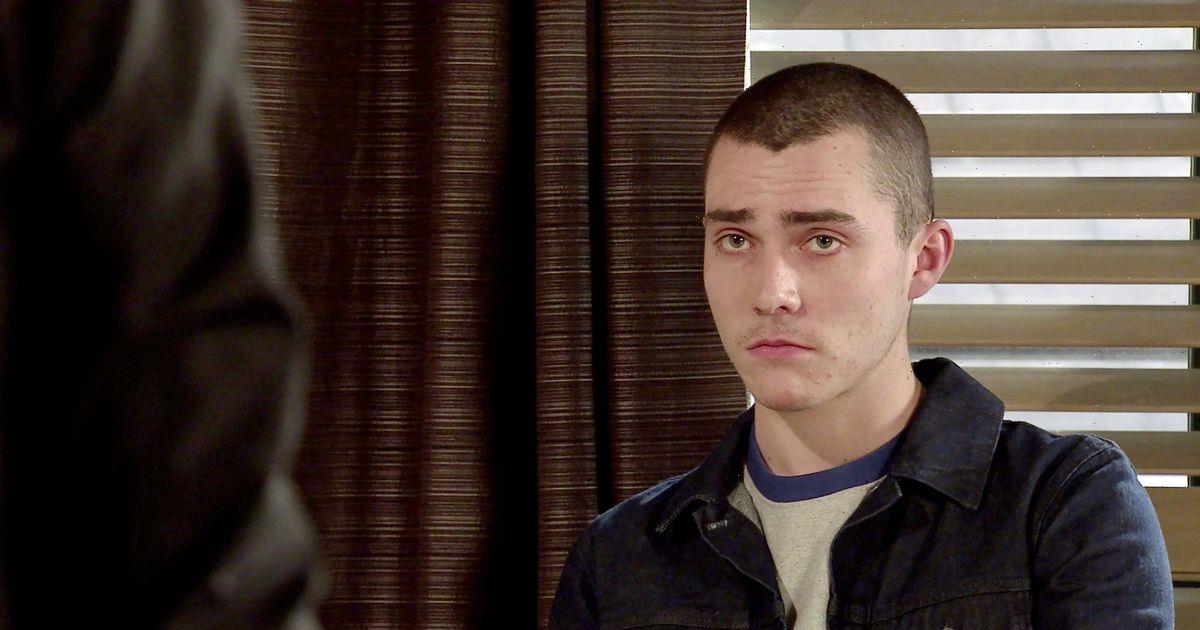 The actor has played Corey Brent since May 2019, with his character showing signs of malice from the outset.

However, recent months have seen Corey turn fully evil, launching a senseless attack on Seb Franklin and Nina Lucas in the shadows of a canal walkway.

Seb, played by Harry Visinoni, died as a result of the head trauma, though Corey tried his best to plead his innocence, coercing girlfriend Asha Alahan to lie on his behalf.

This week, Corey finds himself in danger as he gets trapped in a tunnel with Abi Franklin and a gun.

While Corey might be the most despised character currently on the cobbles, actor Maximus has been praised for bringing the role to life, stirring emotion in each and every viewer.

Daily Star has done a deep dive into everything we know about the young actor, who shows signs of a promising career ahead.

Ironically, Maximus originally tried out to play Seb – who fell prey to Corey's violent streak – on Coronation Street, auditioning for the role when he was still at school.

Instead, Corrie bosses plumped to go for older actor Harry, though they clearly saw something special in the young Maximus.

Maximus opened up about the audition in a recent interview with Digital Spy, admitting he felt he'd gone "full circle" with the soap.

"It's actually very full circle," he said, recalling joining the cast. "I auditioned for Corrie a couple of times over the years. I actually got very close to playing Seb when that role first came up.

"I screen-tested for Seb and I was saying this to Harry, because it's funny as it's come really full circle now.

"It was around two years ago that I had the audition for Corey. At first I didn't really know how to think about it. I wasn't in high school at the time, so because the character was younger, and I am quite a tall lad – I'm six foot one – I thought I might look a bit silly in a school uniform."

While Corrie is likely the role that will carve out his fortune as an actor, Maximus previously appeared in a teen horror series.

Back in 2017, in his first credited role, he played a schoolboy in the CBBC series Creeped Out, in an episode directed by Steve Hughes.

Described as a series of "spellbinding, enchanting and intriguing tales," the show sets out to send shivers down viewers' spines, with each episode telling a different story.

Maximus appeared in the third episode of series one, Trolled, which followed a schoolboy who comes face to face with the harsh reality of online bullying.

More recently, he appeared in the ITV drama The Bay as a character named Wilko, which sees Morven Christie play a police detective solving the disappearance of two teenage girls.

While Maximus doesn't share too many personal photos on his social media, he has paid tribute to his close-knit family in the past.

Earlier this month, he added a snapshot of what appears to be his mum and his younger brother, with the trio seen enjoying some pints in the sunshine.

His little brother looked like Maximus' miniature, with the pair seen beaming at the camera on their day out.

Clearly close to his family, Maximus added a tongue in cheek caption, quoting one of the most iconic catchphrases to come from the Fast and the Furious film franchise.

"In the words of Vin Diesel…‘family,'" he wrote.

In tears over his role on soap

It's hard to imagine steely-faced Corey breaking down in tears, but actor Maximus is clearly nothing like his callous onscreen persona.

The soap star admitted he was moved to tears when he watched scenes of Seb's attack play out on the soap, with the crew working alongside The Sophie Lancaster Foundation to highlight the harrowing impact of hate crimes.

Maximus started welling up when he witnessed Nina's uncle, Roy Cropper, played by David Neilson, react to news of her horrific assault.

"Trust Roy to have me sat here crying. Absolutely heartbreaking," he said, taking to Twitter as the episode aired.

He went on to congratulate the crew, writing: "Crackin' job team. I love you all. A true honour being involved."

The Sophie Lancaster Foundation became a registered charity in 2009, set up after the violent and unprovoked attack of Sophie Lancaster and her boyfriend Robert Maltby in a park in Lancashire.

Tragically, Sophie died 13 days after the attack in a hospital in Salford, aged just 20.

The foundation was established after her death, helping to raise awareness of hate crimes and working to educate against prejudices in all forms.

More information on The Sophie Lancaster Foundation can be found here.

Coronation Street airs on Mondays, Wednesdays and Fridays at 7.30pm and 8.30pm on ITV