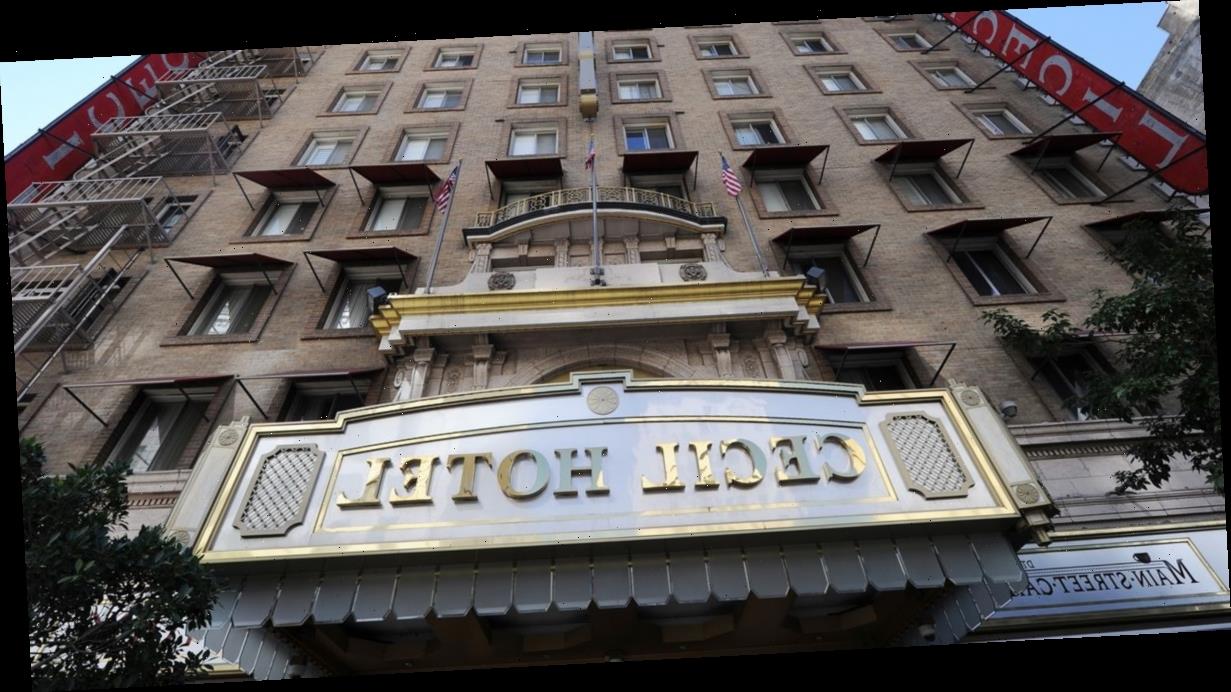 Opened in 1927, the Los Angeles-based Cecil Hotel has played host to some of the most sordid and twisted serial killers in the history of the United States.

A new Netflix series called Crime Scene: The Vanishing at the Cecil Hotel explores the mysterious death of Elisa Lam.

But that's not the only strange thing to happen at the Cecil Hotel. Whether it be a mother throwing her new-born baby out of a window, or a man being killed by a falling body; the Cecil Hotel has seen almost every kind of heinous crime possible to commit.

Originally intended as a hotel for businessmen and socialites, the hotel has since witnessed over 16 grizzly murders, deaths and housed the most evil men the US criminal justice system has ever seen.

Both Serial killers Richard Ramirez (the Night Stalker) and Jack Unterweger were rumoured to have stayed at The Cecil Hotel in 1985 and 1991 respectively.

They were perhaps unlucky in their opening time, as the hotel opened just before the Great Depression ravaged the States in 1929.

No business can host this level of crime without gaining serious attention, and the Cecil Hotel was actually the inspiration behind the American Horror Story episode "Hotel".

The hotel has been the venue for an unnerving number of suicides, here are the most notable ones

March 1937 – Grace E. Margo fell from a ninth-story window, though telephone wires would cushion her fall, she died shortly after in hospital. It was never determined whether her death was suicide or murder.

September 1944 – 19-year-old Dorothy Purcell was staying at the hotel along with her 38-year-old boyfriend Ben Levine. Purcell gave birth in the bathroom to a baby boy despite claiming she had no idea she was pregnant. She went on to hurl the new-born out of her window, before it was later found on the roof of a nearby building. Purcell was not charged with the murder following her plea of insanity.

October 1962 – A young woman by the name of Pauline Otton jumped to her death from her nine-story window. Tragically, Otton landed on 65-year-old pedestrian, George Gianinni, killing them both immediately.

December 1975 – A 23-year-old woman who remains unidentified to this day died after jumping from her room window located on the twelfth floor. She booked in at the hotel under the name "Alison Lowell".

One of the most well-documented murder mystery cases of all involved the Cecil Hotel, when actress Elizabeth Short, nicknamed 'The Black Dahlia', was allegedly spotted drinking at the hotel bar days prior to her brutal murder. Whether or not the actress actually did attend the hotel in the lead up to her death has never been confirmed.

The subject of a soon-to-be released documentary, Lam's death is perhaps the most mysterious of all.

The hotel's security footage shows Lam acting extremely distressed in an elevator, pushing all of the buttons and repeatedly stepping out of the lift to check if she was being followed.

Eventually, her body was recovered from a water tank situated at the top of the hotel in February 2013.

What remains a mystery is how Lam actually reached the tank, considering the amount of security alarms she would have triggered by going up to that point of the hotel. Her body was discovered naked, with her belongings in the water alongside her.

The hotel rather unsurprisingly opted to re-brand itself in the 1980's, ditching the name "The Cecil Hotel" for the new title "Stay on Main Street", however this wasn't enough to save the reputation of the hotel and it is no longer open for business.

In 2016, it was announced the hotel would be the subject of a $100million renovation.