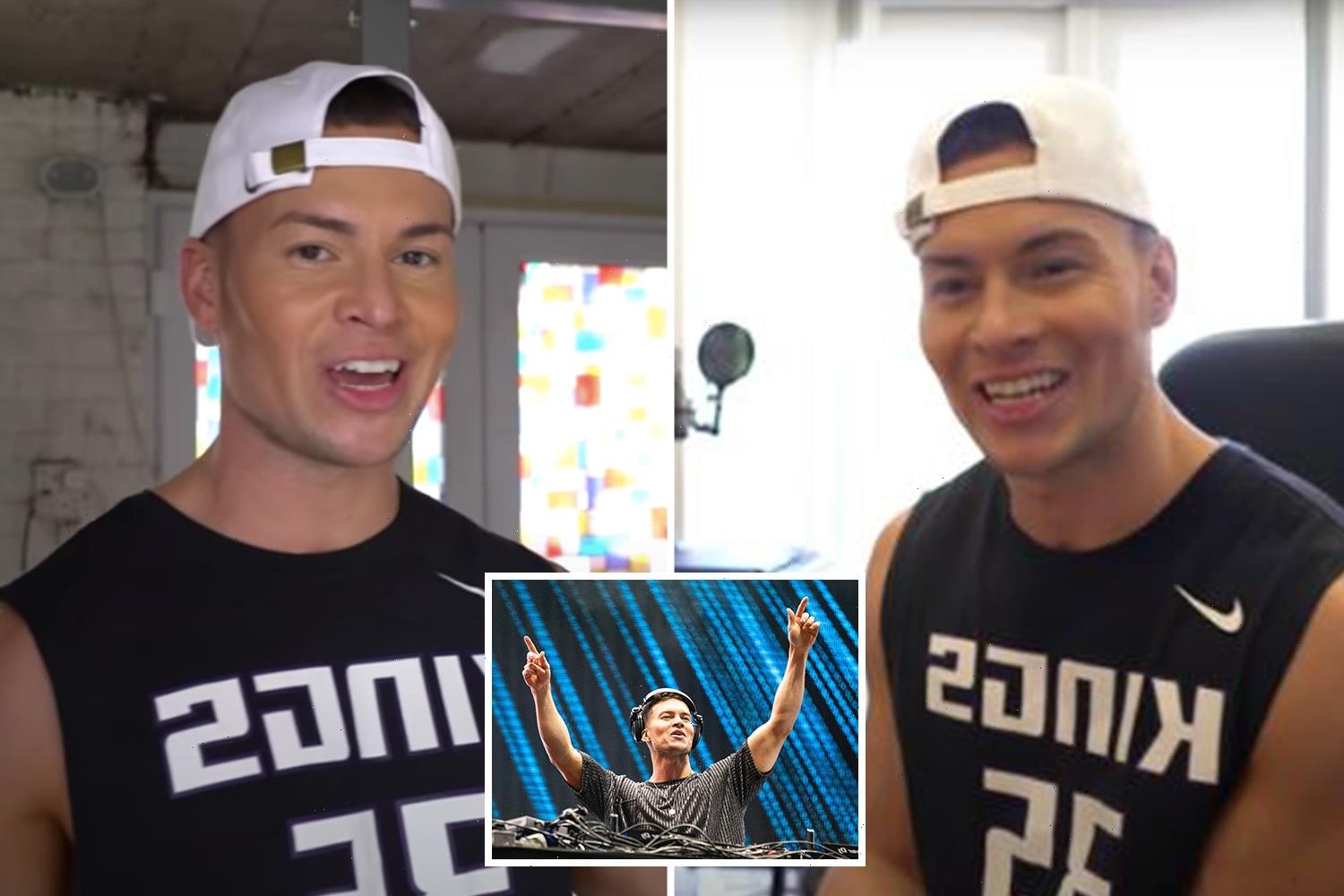 DJ Joel Corry has given fans an insight into his bungalow which boasts his very own music studio and home gym.

The 31-year-old – who has been nominated for not one, but THREE Brit awards this year – has the most cosy pad to sit back and relax in when he's not working his magic on the decks. 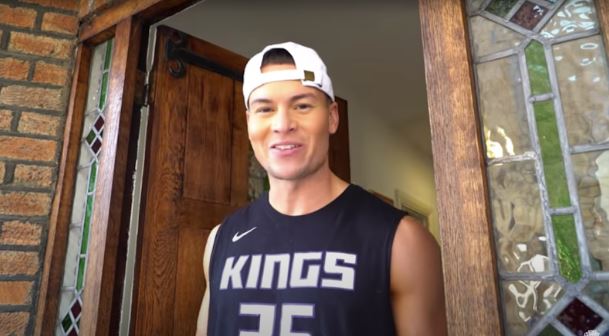 Since releasing his track Sorry back in 2019, Joel has gone on to smash the UK singles chart and has even performed at Capital FM's Jingle Bell Ball.

He's in the running to win British Male Solo Artist, Best New Artist and Song of the Year (Head & Heart) at the prestigious awards ceremony which is due to take place next month.

Despite his huge success, the reality star is extremely down to earth and lives in a humble bungalow which is next door to his dad.

He gave fans a tour of his pad on his YouTube channel in August last year. 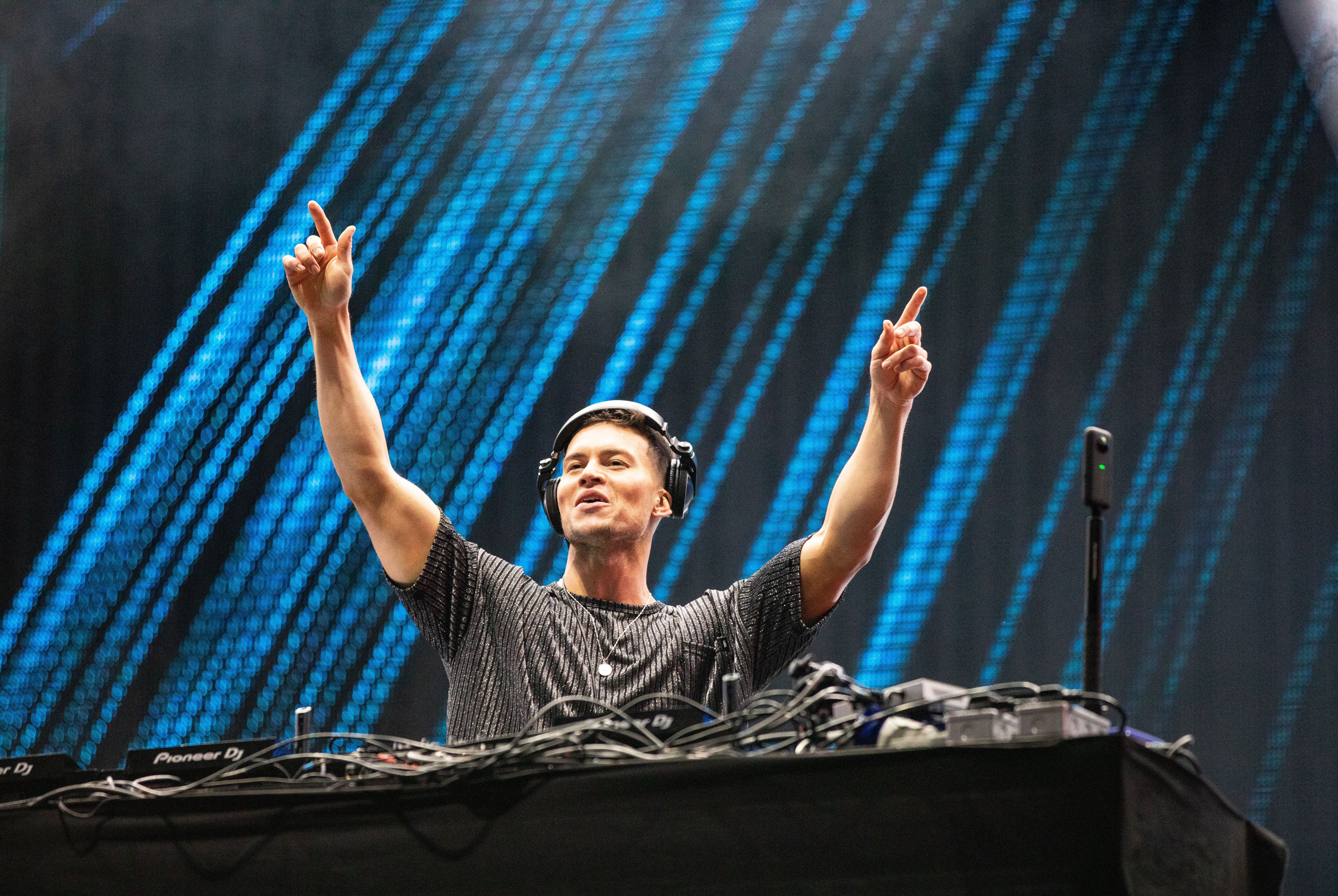 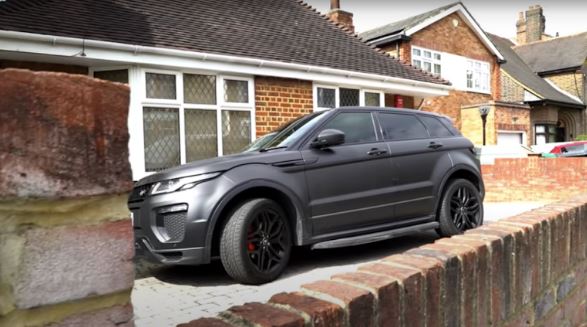 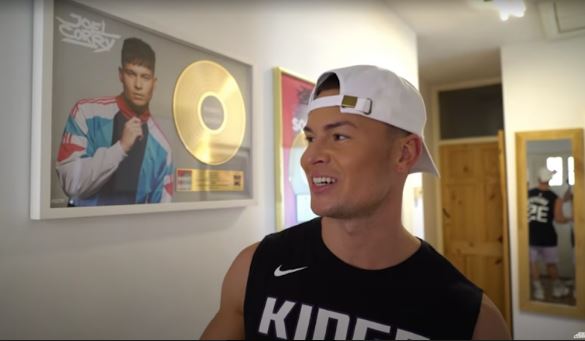 Clearly very proud of what he's achieved over the past few years with his music, Joel has displayed his plaques on the walls of his corridor.

But during lockdown he transformed the space into a massive DJ booth so that he could live stream his sessions throughout the year.

Joel got hold of a GoPro to film his sets and also stood in front of a green screen so that he could show off his "mad visuals" in the background. 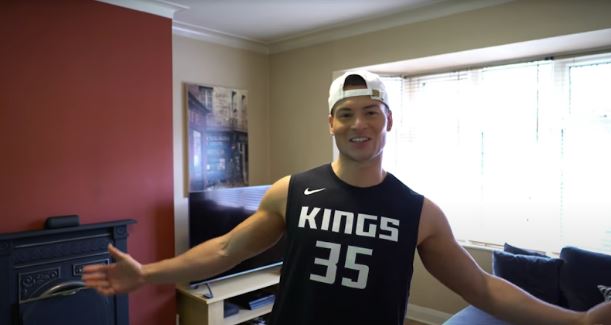 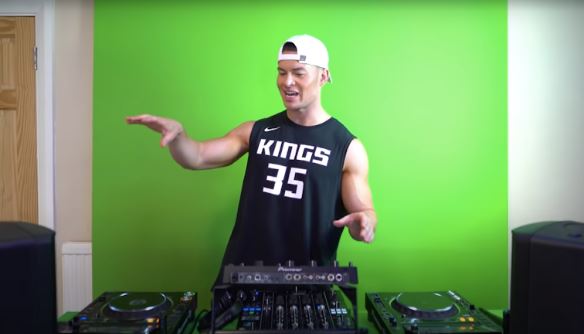 His bedroom – which he described as "where the magic happens" – boasts a huge double bed with union jack bedding, an industrial light and wooden style venetian blinds to give him the utmost privacy.

Another room in his pad is his home studio, and that is "where the real magic happens".

He told fans: "I've actually got another studio that I work at in London in Kings Cross, but during lockdown it's been closed so I've been doing what I can here.

"I've also been doing my radio on Kiss FM here as well, so it's all good." 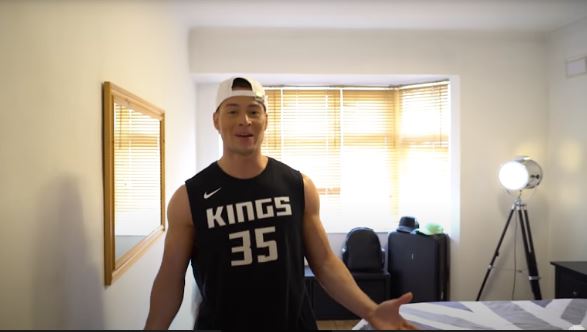 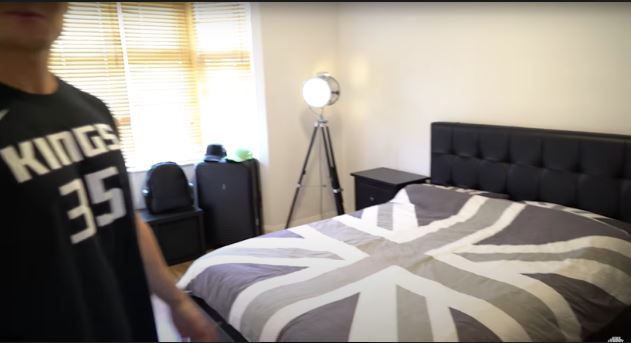 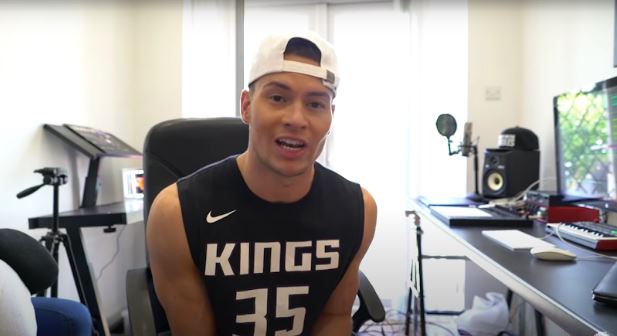 The Head & Heart hitmaker – who filmed various boozy nights out with the Geordie Shore cast from 2011 to 2013 – also has a huge selection of alcohol to offer guests, including a £134 personalised bottle of Belvedere vodka.

Joel joked: "It hasn't been opened. You guys know I can't drink…"

Moving outdoors, the DJ showed off his impressive garden, which is a huge open space combined with his next door neighbour. 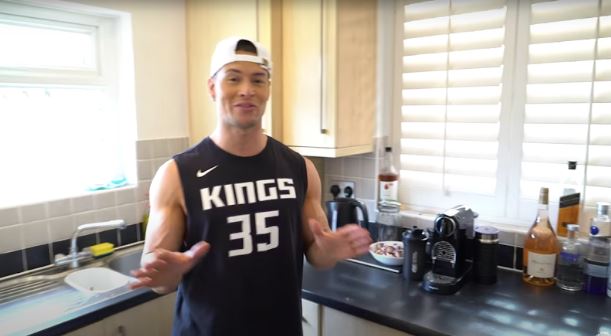 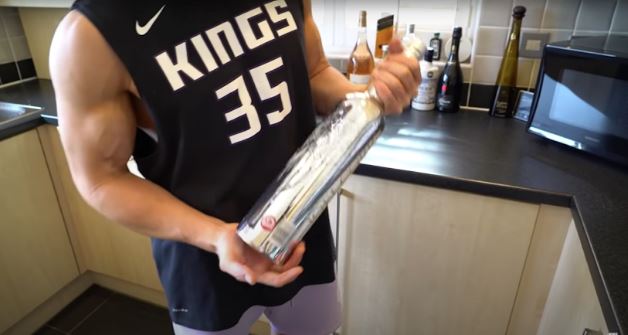 He confessed: "My dad actually lives next door to me! So it's been cool hanging out with him and he does all of my gardening as well… because I don't even know how to cut the grass!"

Lastly, the Geordie Shore star showed off his very own home gym with a running machine and various weight machines so he can pump up his huge biceps.

Although Joel has only recently became a huge name in the showbiz industry, some may recognise his from his stint on Geordie Shore.

The DJ first shot to fame in 2011 when he starred in the reality show alongside his girlfriend Sophie Kasaei. 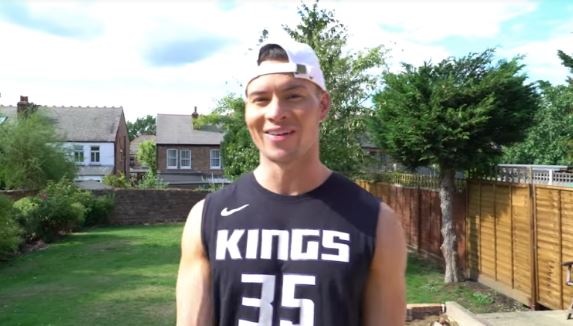 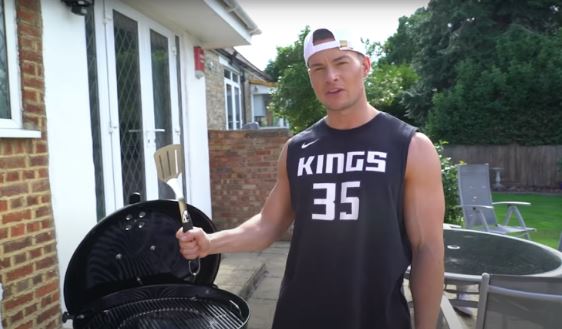 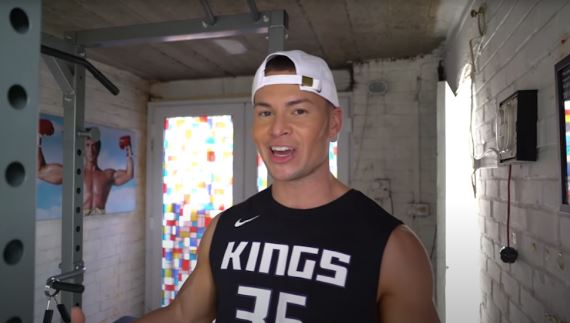 Their long distance relationship was documented throughout her time on the programme before they decided to end it in 2017.

The camera crew captured their highs and lows together as a couple, and Joel recently admitted that he found it difficult to move on from being known for his time on the programme.

He recently told The Sun: "There is a stigma around reality TV, but it just motivated me more.

"When it finally happened for me it felt better as I went through those years of trying.” 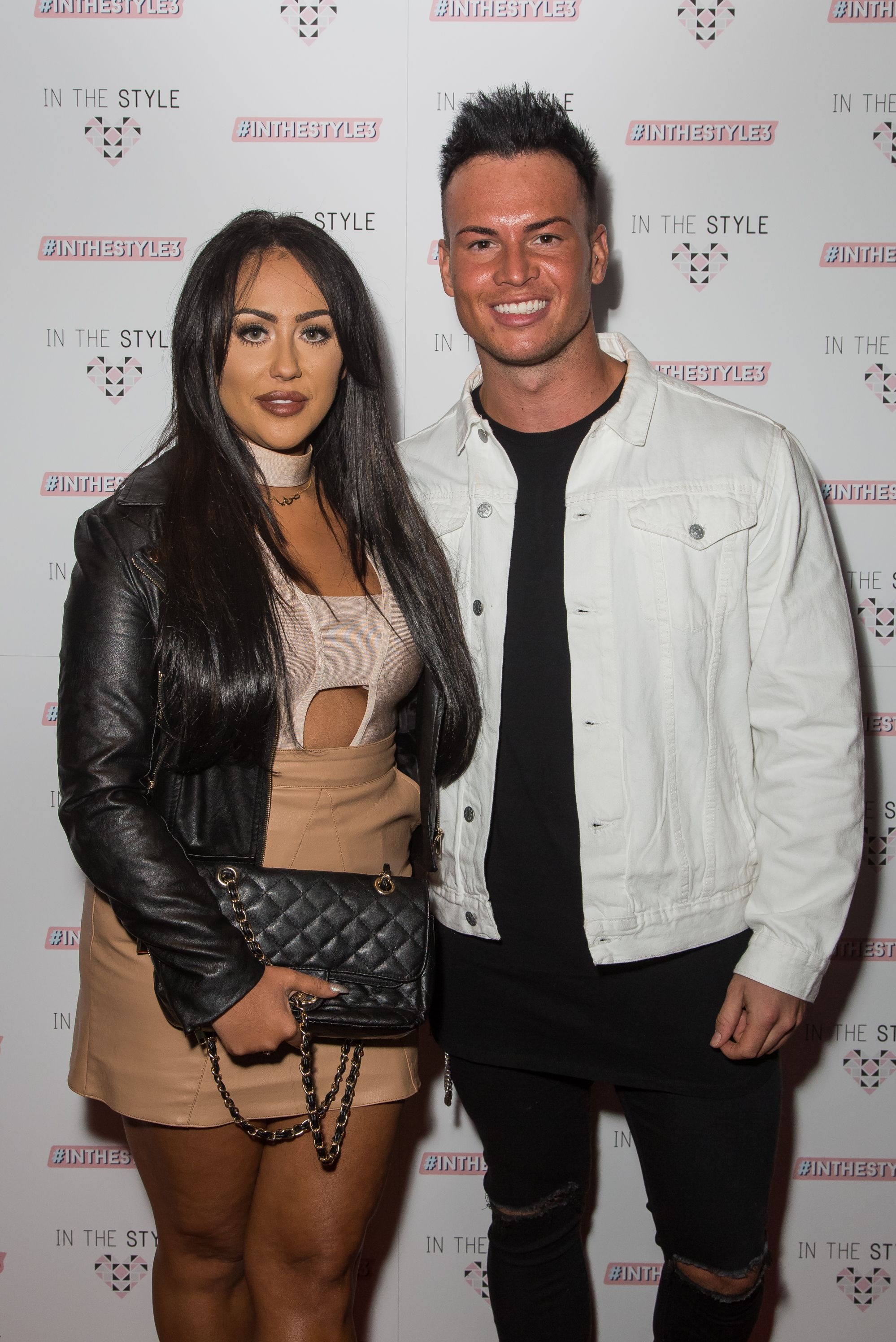 After finding out about his Brit award nominations the radio presenter couldn't believe it and throughout his career thought he'd have to give up DJing for good.

He added: "If you’d have told me a few years ago that I’d even be nominated for one Brit award, I would’ve thought you were mental.

“It’s surreal. I have been DJing since I was a teenager. Sometimes I’d turn up to a club and it would be empty. At times I thought I’d have to give it up and get a nine-to-five job."