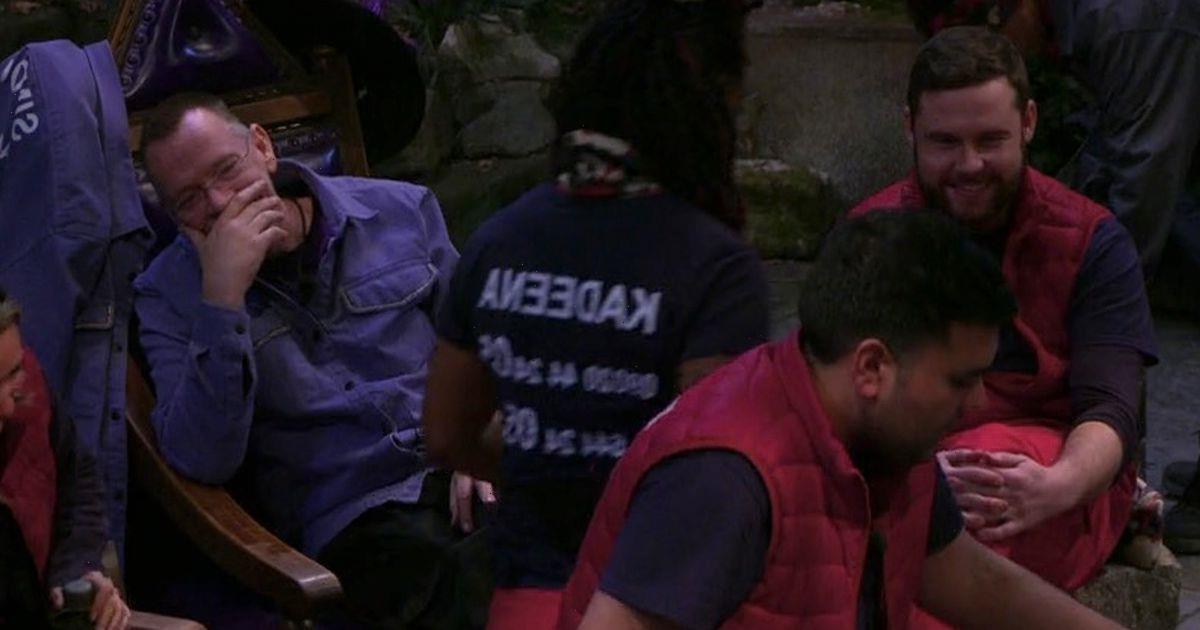 Adam Woodyatt told Naughty Boy to "pull his trousers up" on Friday's I'm A Celebrity after ITV viewers had also spotted the same "annoying habit".

During the latest instalment, EastEnders star Adam, 53, who entered the show as a late arrival earlier this week, was left in hysterics over the music producer's, 36, unfortunate wardrobe mishap.

It comes after ITV viewers had also spotted that Naughty Boy is constantly pulling his trousers up on the show and demanded that he gets a belt as one of his luxury items.

The Ian Beale star said: "Naughty," to which the contestant, who was cooking dinner for camp, replied with: "Yo!"

With a giggling Adam adding: "Pull your trousers up, mate!"

Naughty Boy was left embarrassed as he replied: "Don't say that! It's because my underwear stunk of fish guts."

An amused Frankie Bridge then pointed out: "You just need to pull your trousers up, that's great!"

The hilarious moment comes after viewers had spotted that Naughty Boy is constantly pulling his trousers up on the show and demanded that he needs a belt.

One person penned: “Can someone please give naughty boy a belt, driving me mad holding his trousers up all the time #ImACeleb.”

A second said: “Can someone get naughty boy some braces for his trousers otherwise it’ll be a full moon soon #ImACeleb."

While a third viewer added: “Think Naughty Boy needs to ask the I’m a celeb team for a belt. Sick of seeing him hold the back of his trousers up #ImACeleb."

Elsewhere during Friday's show, Naughty Boy threatened to leave ITV's I'm A Celebrity again as he insisted his "time here is done".

The music producer, who recently decided to stay on the show after nearly leaving again earlier this week, soon had a change of heart after winning an amazing 11 out of 11 stars during his Creepy Closets Trial.

I’m A Celebrity… Get Me Out Of Here! continues to air at 9pm on ITV and ITV Hub every night.

For all your latest updates on I’m A Celebrity… Get Me Out Of Here! , sign up to OK!'s daily newsletter.