I’m a Celebrity… Get Me Out Of Here!’s Sir Mo Farah undertakes his own solo Bushtucker Trial in Friday’s show with disastrous results as he slips and falls. Mo, 37, did the hideous Fort Locks challenge where he had to put his hands in mysterious crevices in a wall full of creepy crawlies. But that was nothing compared to his latest challenge.

In a preview clip, the Olympian could be seen covered in a huge pile of fish guts as they fell from the ceiling, surprising him so much he slipped and fell over.

For the Trial, Mo had to put his hand in a crevice, each of which had a key on a chain, which he had to pull out, and take over to the other side of the dungeon.

Hosts Ant McPartlin and Dec Donnelly tried their hardest not to giggle at poor Mo but couldn’t resist as he made a variety of terrified noises.

In the one crevice, a horrified Mo gingerly put his hand in a pool of blue slime, as Dec encouraged him: “Go on, get your hand in!” 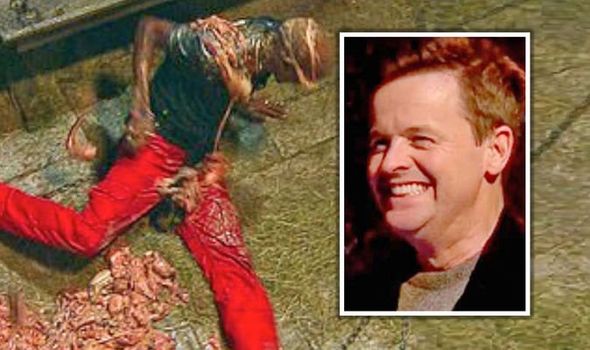 On the other side of the dungeon was metal tunnels in the wall with padlocks that Mo unlocked with the key he had picked up with the corresponding colour.

Inside the crate was a star that Mo had to unscrew – but he would have to find his way through hundreds of cockroaches, all crawling around in there and over the star.

Each star that Mo managed to get won him a meal for camp, with a possible 12 up for grabs.

Mo wailed as Ant and Dec burst out laughing before warning him he only had three minutes left to collect as many stars as possible. 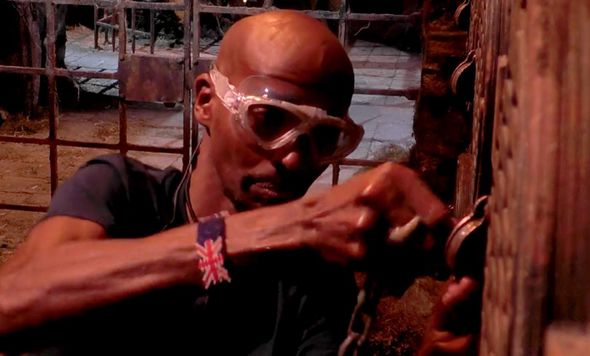 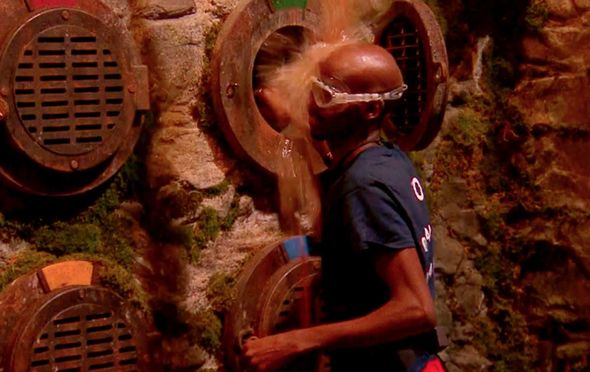 “Nice and slow,” Dec warned him, as Mo tentatively stuck his hand in, before joking: “Not that slow!”

But as Mo reached into the crate, a huge pile of fish guts suddenly rained down on him from the ceiling, giving him a big shock.

Mo panicked and tried to run backwards away from the fish guts, but he slipped and landed in them as they covered the floor.

Mo squealed with terror as Dec asked: “Woah what happened there?”

Ant then collapsed onto Dec as the duo tried their hardest not to laugh out loud at Mo, who was scrambling around on the floor.

Mo is garnering a new fan base since he joined the show and surprisingly he has the backing of Shane Richie’s son, who seems to like Mo more than he even likes his dad.

Shane Jr. tweeted on Thursday night: “I know my dads in the castle but I think Mo Farah might be my favourite person in the world #ImACeleb,”(sic).

And new data has revealed Mo is the new favourite to win the entire series, according to Neo-Online.

“Based on the information of the previous winners, Mo Farah could be most likely to win the 2020 series,” a spokesperson said.

This is based on factors including his age and his occupation, with a couple of well-known sportsmen having been crowned winners.

Long-term fans will know cricketer Phil Tufnell and motorcyclist Carl Fogarty have both become King of the Jungle in the past.

But Mo will have to outdo Radio 1 DJ Jordan North to the title, however, as he has now emerged as the bookmakers new favourite at 2/1 odds according to Coral.

I’m A Celebrity… Get Me Out of Here! continues tonight at 9pm on ITV.