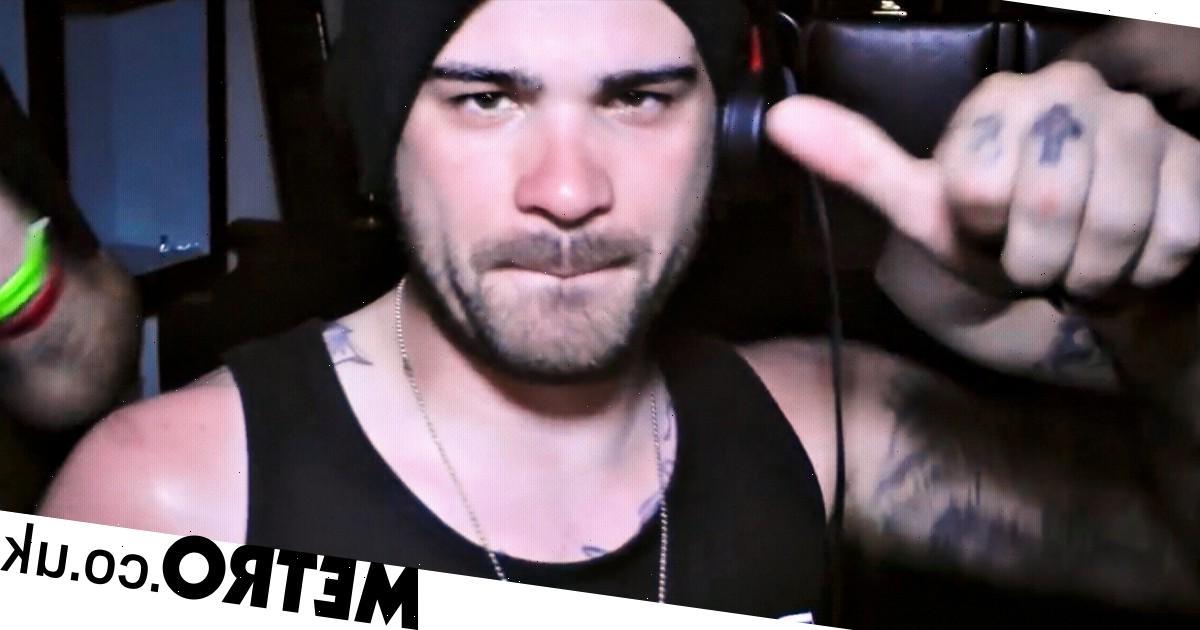 Hunter Moore has claimed he ‘backed out’ of The Most Hated Man on the Internet because he wasn’t allowed ‘to tell [his] side of the story’, while slamming the Netflix series as ‘BS’.

From allegedly underage girls to members of bands, hundreds of people were violated as their images were shared online, and along with the images were links to the social media accounts of those photographed.

The three-part series on Netflix, produced by those behind The Tinder Swindler, reveals how Moore and his notorious website were brought to justice by his victims, which eventually led to Moore selling its domain name to anti-bullying group Bullyville.com, before he served two years prison time.

Since the Netflix series launched, Moore has faced intense backlash from viewers slamming him over his actions.

While the series was originally meant to involve Moore’s own interviews, giving him the chance to tell his side of the story, directors revealed that Moore ‘pulled out’ and the docuseries now focuses on Charlotte Laws, who lead the fight against Moore.

However, now Moore has spoken out about his involvement.

He added in the comments: ‘There is always two side of the stories, 60% of that Netflix documentary was BS, they never want you to tell or hear the truth,’ with a winking emoji.

Featuring interviews with Laws as well as several of the victims, The Most Hated Man on the Internet paints a picture of Moore that he seems to live up to himself, in several clips of past interviews he gave, and videos he published himself online.

Did Hunter Moore go to prison?

Moore served two years prison time, and was freed under supervised release and ordered to pay a fine following his 2015 trial.

He had been federally charged for aggravated identity theft and hacking, having hacked into his victims’ social media accounts to access their photos and then publish them on his site.

Director Rob Miller insisted that through the footage of Moore shown throughout the series, he is fairly represented.

Miller said: ‘Yes, you hear from him throughout the series. And a lot of things that he said that we included in the series he said repeatedly over various interviews, so it’s not just a one-off that he can excuse by saying “I was on coke” or “I was drunk.” So, I do feel it’s representative of who he was, at that point in time.’

He continued: ‘Even now, there was a piece that came out on Vice, and his response was “This happened 10 years ago.” The implication being “I’m a changed person, but I still don’t think I did anything wrong and I’m not going to apologise.”

‘I suspect that is the position he will take with this series. I think part of that is he can’t show weakness in front of his following.’

Producers confirmed that Moore was originally going to participate in the series, saying: ‘When we were developing it, he initially agreed to take part, but then decided not to.’

Producer Vikki Miller added: ‘When Hunter pulled out, I was initially disappointed but then I completely changed my mind and am so glad we ended up telling it through Charlotte Laws’ narrative.

‘She’s an extraordinary character and fought extremely hard for justice to be done. Through Hunter’s regular media appearances at the time we know what Hunter’s thoughts were – and we included them.

‘What was new, and what we did, was to flip the narrative to tell it from the other side – to include the voices that haven’t yet been heard – the victims’ – and they’re led by Charlotte.’

The site, which was founded in 2010, allowed comments and created a cult following, dubbed The Family in the Netflix series.

As shown in the docuseries, IsAnyoneUp.com was permanently closed in 2012, after Moore sold its domain name to anti-bullying group Bullyville.com.

Users attempting to access the notorious website, which had encouraged jilted lovers to anonymously post intimate pictures of their exes online, were instead redirected to the Bullyville home page.

The site came to a close after it allegedly published a picture involving someone under-age, which was the final straw for Moore as his victims fought against him, with the mother of one of the women violated leading the fight with the FBI.

After the release of the docuseries, Moore revealed that he has ‘no regrets’ over his actions, and would even have ‘gone ten times harder’, having shared that he was ‘proud’ of his creation, IsAnyoneUp.com.

Answering questions from viewers, Moore replied to Youtuber Daniel Wise asking if he had ‘any remorse’: ‘If there were any regrets, it’s that I didn’t go ten times harder, that’s probably my only regret.

‘If I’m being completely honest, I’m not here to cry a river, I’ve done my time, obviously these people were affected by the site and I feel bad for them, and they obviously need to air their grievances, but at the end of the day I did my time.’

He added: ‘I had a great time, I don’t regret anything, I wish I’d gone ten times harder because the outcome would have been the same.’

The Most Hated Man on the Internet is available to watch on Netflix.