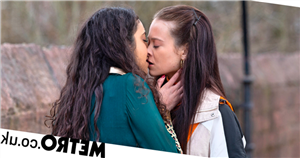 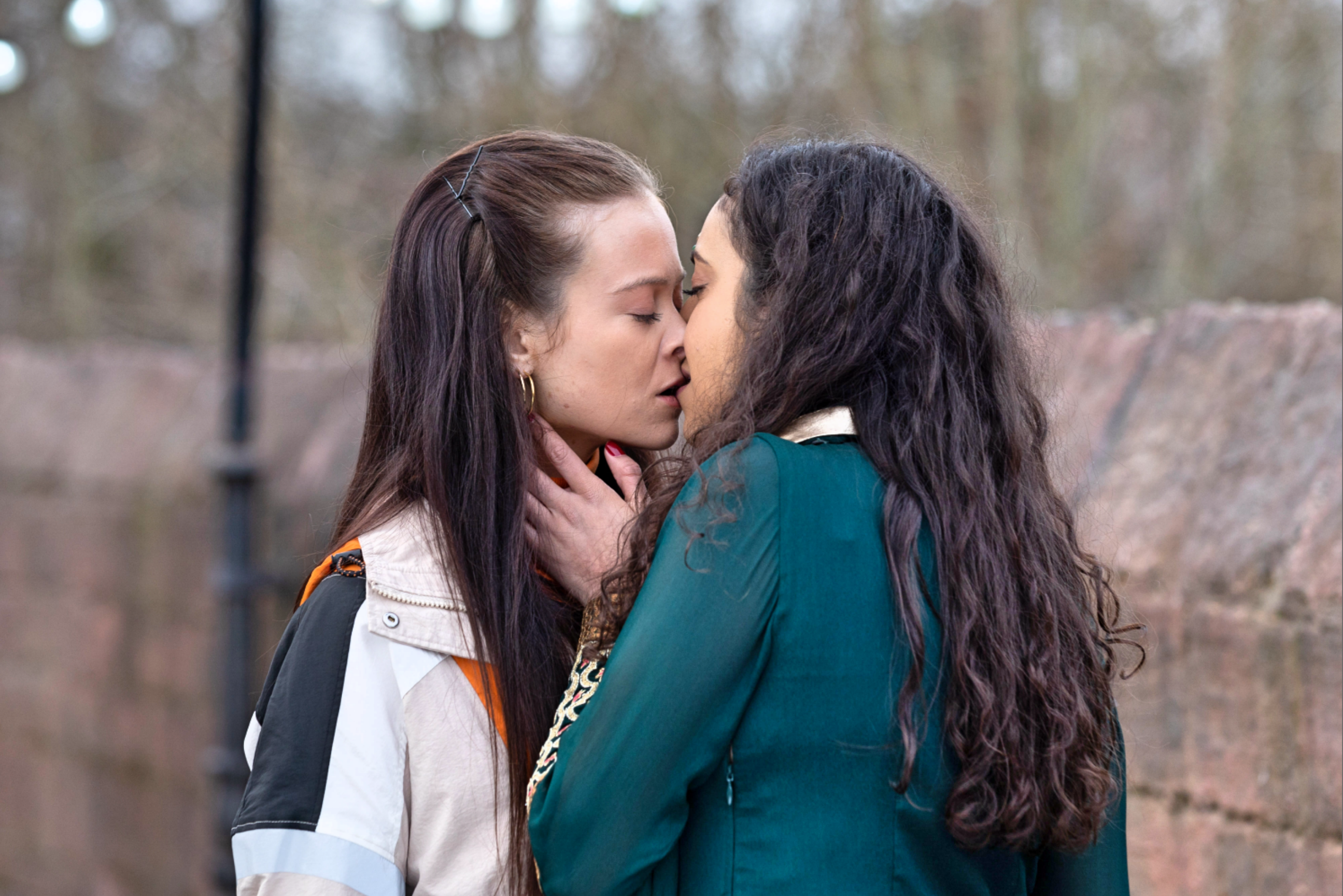 Juliet Nightingale (Niamh Blackshaw) is set to lock lips with newcomer Nadira (Ashling O’Shea) in Hollyoaks next week, after the duo bond over their problems.

Nadira, as viewers know, rocked up in the eponymous village earlier this year as a matchmaker, determined to find Shaq Qureshi (Omar Malik) a wife.

Shaq is desperate to move on from Verity Hutchinson (Eva O’Hara), who he reckons deserves better than him.

Verity, meanwhile, got the wrong idea about Shaq’s relationship with Nadira on several occasions thus far, and she does so once again this Friday (April 29), and this time, she takes matters into her own hands.

Subsequent scenes will see her issue him with an ultimatum, leaving Shaq with a huge decision to make.

Verity then makes a beeline for Nadira, issuing her with some harsh truths, which leaves the latter feeling rather vulnerable.

Nadira turns to Juliet for comfort, and the duo confide in one another about what’s on their mind.

Things take quite the turn, however, as Nadira makes a surprising move!

Pictures reveal the moment in question, as Nadira and Peri share a kiss. The question is: will Peri Lomax (Ruby O’Donnell) find out about what’s transpired?

She does, however, withhold some of the truth, which results in Peri filling in the blanks on her own.

Has she perhaps jumped to the wrong conclusion?

Afterwards, Juliet makes it her mission to make things right with Peri. Peri, however, might not be quite as forgiving as Jules is hoping.

Will Peri and Juliet’s relationship recover from this?

Only time will tell.