The team behind Clouds — Disney+’s upcoming film about Zach Sobiech, an aspiring musician who was diagnosed with a rare bone cancer his senior year of high school — didn’t just want to make a movie about his life. They wanted to capture his essence onscreen.

“I think when you make a movie about a real person — in this case, a 17-year-old processing his impending death — I think it’s really important to honor the story by having as much of their physical lives present in the movie,” says director Justin Baldoni in a behind-the-scenes featurette debuting exclusively on ET. (Watch above.)

So, Baldoni turned to Zach’s loved ones — including his mom, Laura Sobiech, and best friend, Sammy Brown — who were not only willing to share Zach’s legacy, but bestowed upon the production certain belongings: A favorite T-shirt, a treasured guitar, Zach’s own crutches that he spray-painted himself. “This is a part of him living on,” Laura says. 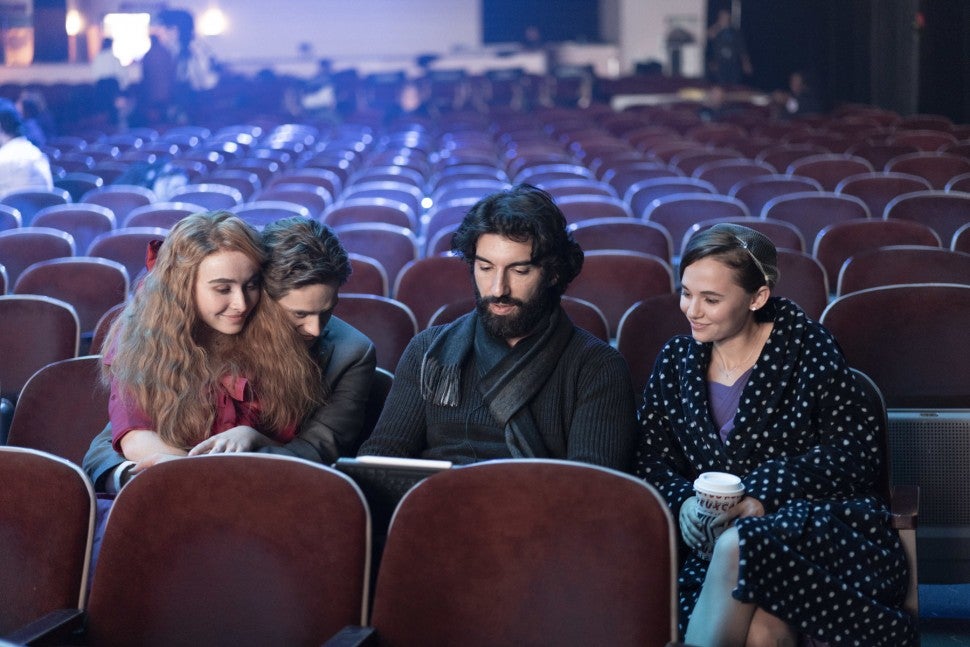 By wardrobing actor Fin Argus in Zach’s actual clothes and decorating the sets with his real-life things, the hope was that Argus would feel even closer to the person he was bringing to life onscreen.

“When Fin is recording ‘Clouds,’ not only is he wearing Zach’s shirt but he’s using Zach’s guitar,” Baldoni explains of the titular song that made Zach famous. (The viral success of “Clouds” is how the writer-director first connected with Zach.)

The same goes for Neve Campbell and Sabrina Carpenter, who play Laura and Sammy onscreen, respectively, as well as the rest of Clouds‘ cast. “Those little things are how Zach kind of comes through and changes the fabric of the movie from wherever he is,” Baldoni says.

And while that authenticity to Zach certainly means something special to those who knew him, the Clouds team hopes it will serve the same purpose for everyone watching who never got the chance to meet Zach but can now feel like, in a way, they have.