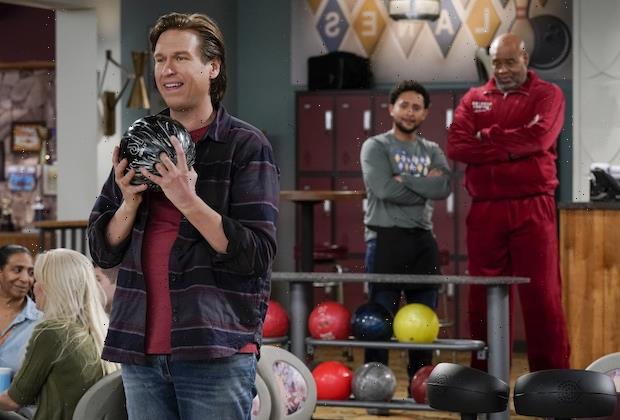 Pete Holmes has struck out — and not in a good way.

CBS has cancelled bowling comedy How We Roll after a single season, TVLine has learned.

Cancellation Jitters: 24 Shows on the Bubble

How We Roll this season is averaging 4.6 million total weekly viewers and a 0.4 demo rating (with Live+7 playback). Among the seven sitcoms that CBS has aired this TV season, it ranks last in both measures.

Based on the life of pro-bowler Tom Smallwood, How We Roll centers on Holmes’ Tom, “a stoic Midwest husband and dad who gets laid off from a car assembly line and makes the extraordinary decision to provide for his family by following his dream of becoming a professional bowler,” according to the official logline. “He begins his new career with the loving ‘OK’ from his wife, Jen (Scandal‘s Katie Lowes); the unfaltering support of Archie (Hawaii Five-0‘s Chi McBride), his mentor and the proud owner of Archie’s Lanes: Home of the Curly Fry; the cautious backing of his protective mom, Helen (Grace Under Fire‘s Julie White); and the encouragement of his son, Sam (Why Women Kill‘s Mason Wells).”

TVLine readers gave the March 31 series premiere an average grade of “C.” The May 19 season finale will now serve as a series finale as well.

While How We Roll won’t be back for the 2022-23 season, CBS previously handed renewals to fellow sitcoms Bob Hearts Abishola (for Season 4), Ghosts (for Season 2) and The Neighborhood (for Season 5, new showrunner TBA). Young Sheldon, currently in Season 5, was already renewed through Season 7.

TVLine’s handy Renewal/Cancellation Scorecard has been updated to reflect How We Roll‘s fate. Hit the comments with your reactions to the news.