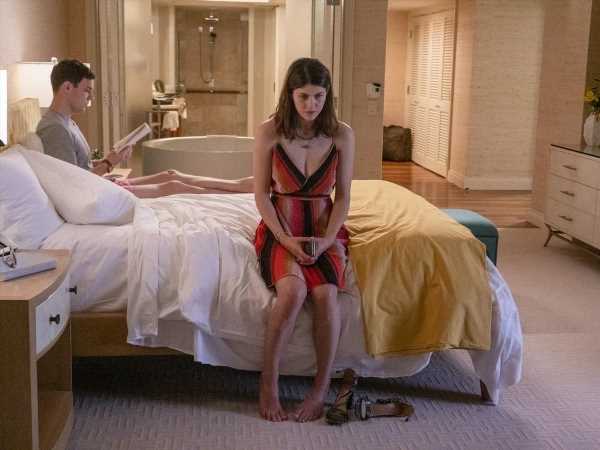 Filmed in Hawaii during the coronavirus (COVID-19) pandemic, the production of HBO‘s The White Lotus was confined to the Four Seasons Maui. Like the White Lotus, the Four Seasons is a luxury resort. The decor was a bit too subdued to fit the show’s milieu, however. The production team aimed to bring in lurid, slightly outdated set pieces to show that the characters are not getting what they expected from the vacation. Production designer Laura Fox transformed the real-life resort into an eerie fictional one. 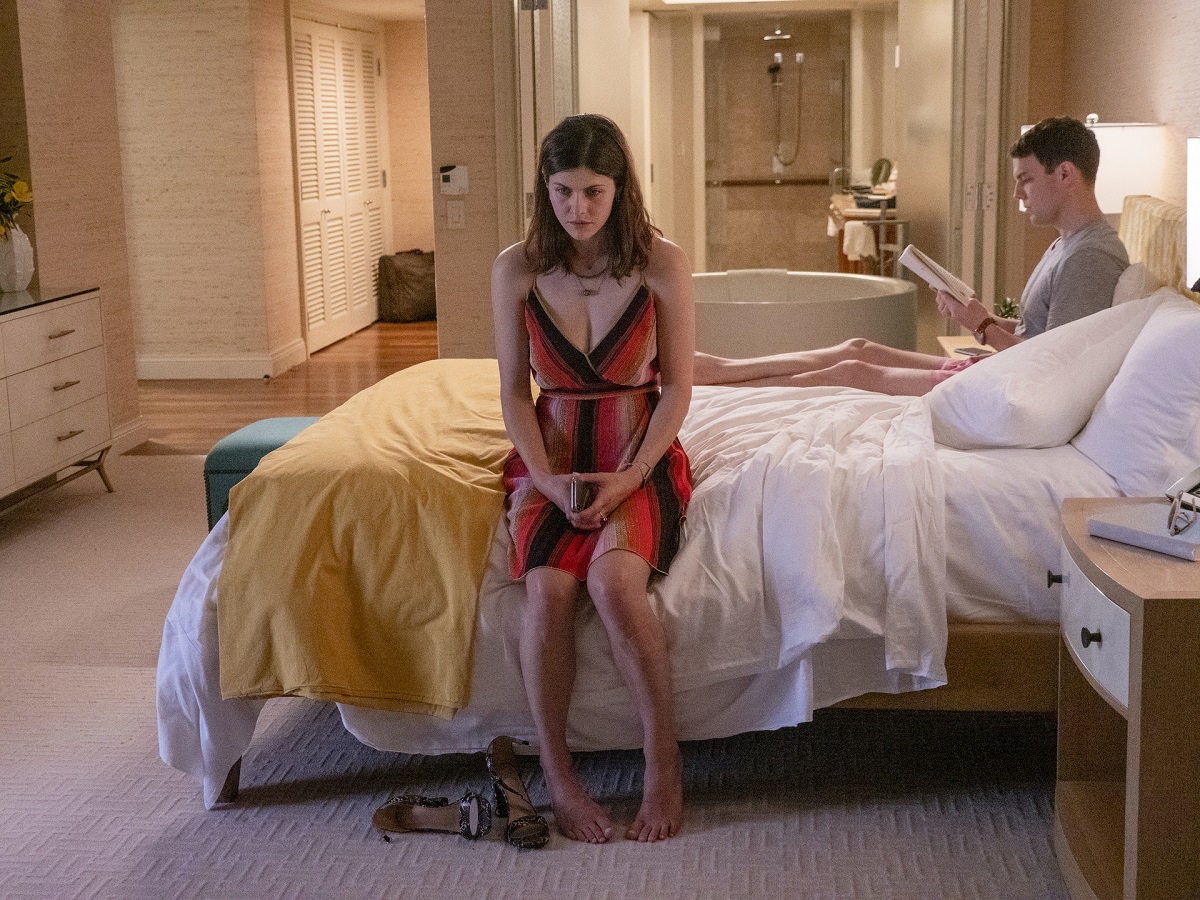 The first season of ‘The White Lotus’

The White Lotus follows three groups of vacationers and two hotel employees over a disastrous week in Hawaii. People fight over sleeping arrangements, a lost backpack, vacation flings, and past transgressions. Underneath all of this is a uniting thread: The trip is not how anyone imagined it.

The resort itself is not the cause of most of these problems, but one of the main conflicts centers squarely around a room. The animosity between Shane (Jake Lacy) and Armond (Murray Bartlett) over the Pineapple Suite seems innocuous at first, but it builds catastrophically throughout the season.

How the hotel rooms fit the characters

Though Fox could not paint the beige walls of the Four Seasons Maui, she used prints and decor to blend kitsch with tropical brightness. The Tradewinds Suite, where the Mossbacher family (Connie Britton, Fred Hechinger, Brittany O’Grady, Sydney Sweeney, Steve Zahn) stay, features deep blues and paintings of boats on the ocean. This reflects Quinn’s pull toward Hōkūleʻa and his new friends.

“The artwork tied in so spectacularly that we almost felt it was too on the nose,” Fox said to Town&Country Magazine.

Fox draped the Hibiscus Suite, where Tanya McQuoid (Jennifer Coolidge) stays, in shades of pink and red. The bright colors reflect the vividity of her personality.

“The colors just fit a lot of layers that she brought with that character,” Fox told Variety.

The layered personality is something that Tanya herself mentions in the series. While discussing her relationship with Greg (Jon Gries), Tanya says to Belinda (Natasha Rothwell): “Every step along the way, I have to worry about, you know, ‘Is he going to like the next layer?’ At the core of the onion, Belinda, is just a straight-up, alcoholic lunatic!” 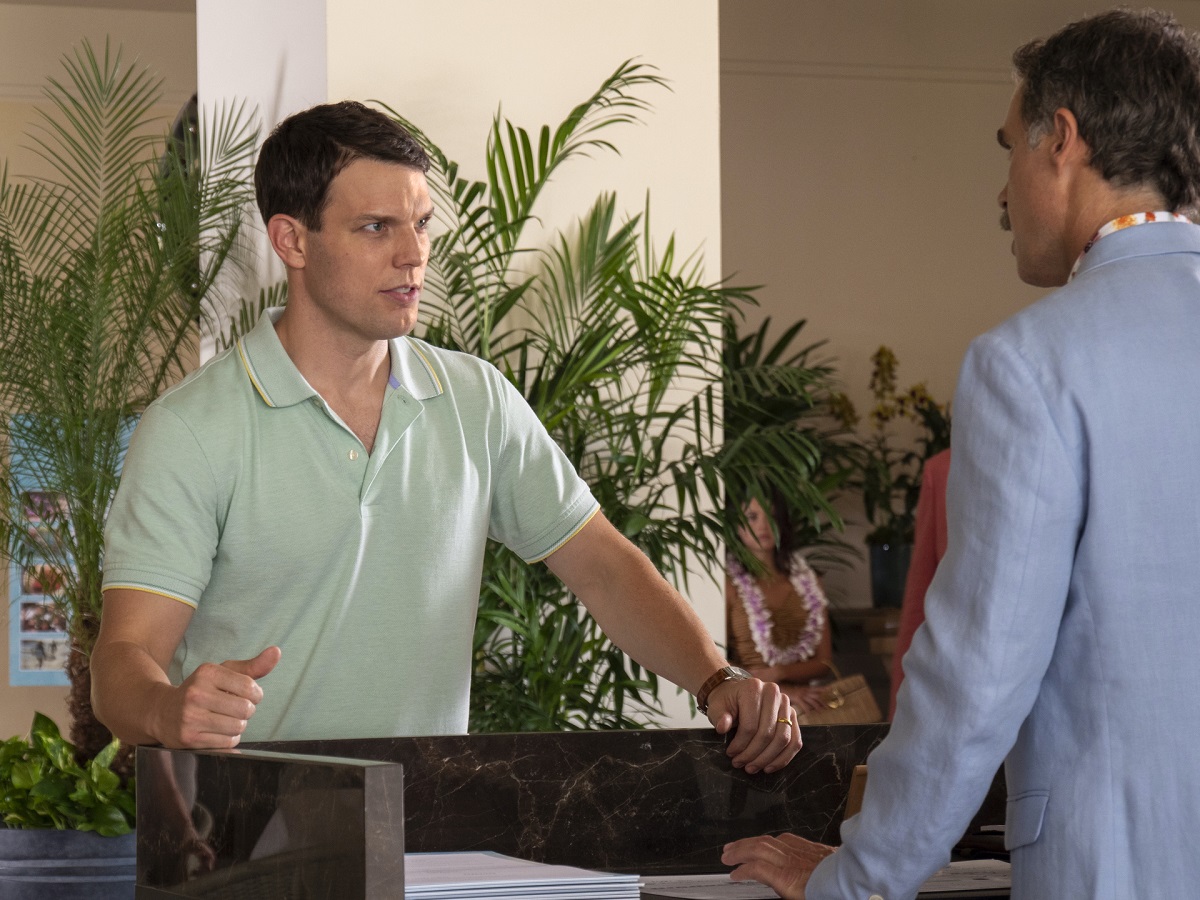 Shane makes it his mission throughout the series to obtain the Pineapple Suite, the resort’s largest room, which his mother booked for his honeymoon. He wants to move from the Palm Suite, a bright room with an ocean view, to the larger, viewless suite.

“The pineapple suite had lower ceilings, but he was happy because he got the more expensive room. It just adds to who [the characters] are. That suite was ridiculous because his character was just a bit ridiculous,” Fox said.

How to watch ‘The White Lotus’ Season 1

Mike White wrote and created the first season of The White Lotus. The final episode of season 1 aired on Aug. 15, 2021. Though HBO renewed the series for a second season, it likely will not arrive until late in 2022. Until then, fans can watch the acclaimed series on HBO Max.