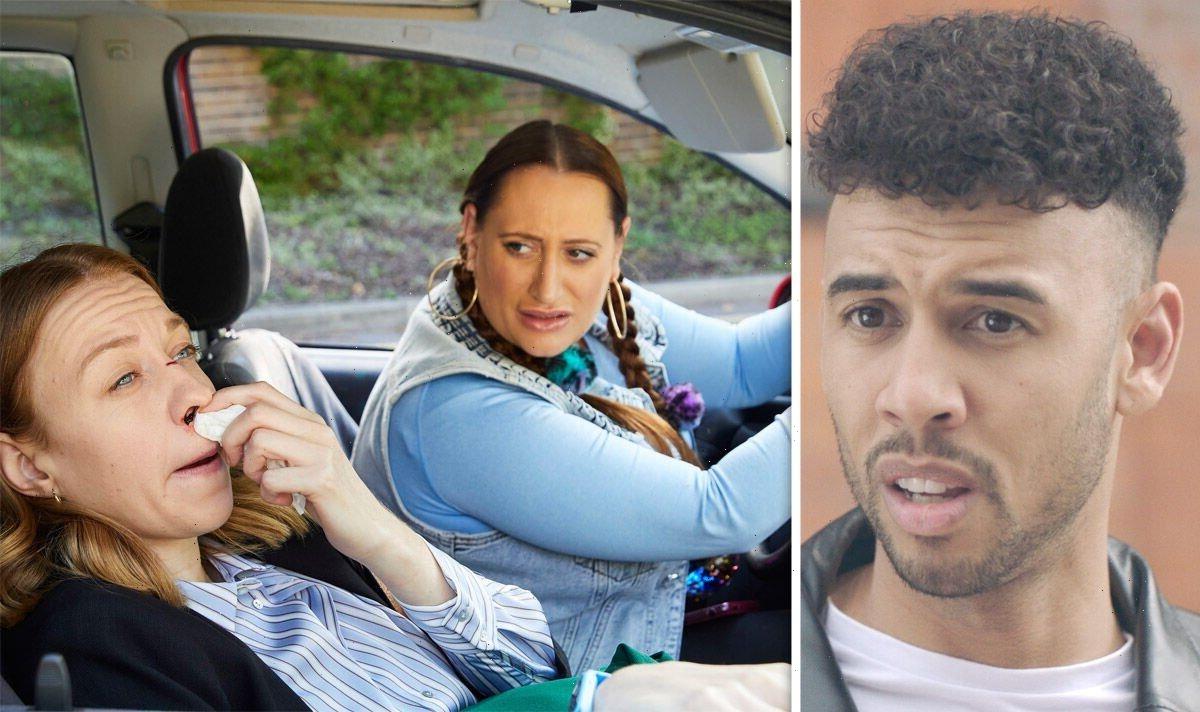 The Other One: BBC One release comedy trailer

BBC sitcom The Other One makes its big comeback after the first outing hit screens in 2020. The show will be bringing more laughs and twists and turns. Express.co.uk takes a new look at the new series.

WARNING: This article contains spoilers from The Other One series 1

How many episodes are in The Other One season 2?

There is a total of five episodes in the new series, making it slightly shorter than the last series which had six instalments plus a pilot.

For those who prefer to binge their shows, series two will be dropping in its entirety on BBC iPlayer after the first episode is broadcast on television.

To access BBC iPlayer, you must pay your TV licence and have a login to view the show.

The new series is going to be picking up directly from the previous outing which saw Cathy Walcott (played by Ellie White) leaving her horrible husband-to-be at the altar.

She also locked lips with Callum (Christopher Jeffers), who it transpired may be her brother from yet another extramarital relationship her father had.

To escape the mayhem, Cathy ended up going on her honeymoon with her sister Cat (Lauren Socha) and the pair getting to know each other better.

The two sisters will develop their relationship as they try to navigate their blended family.

Cathy and Cat will have very different reactions to discovering they have a brother with hilarity to ensue.

The new series has again been penned by Holly Walsh and Pippa Brown who also serve as producers and Walsh on directing duties.

Brown and Walsh said of the new series: “This show has always been a love letter to sisterhood, with Cat and Cathy still trying to work out how to co-exist as family – but now we’re throwing a new brother, Callum, into the mix too.

“Callum has to get his head around the fact that he’s been living a lie and that his ‘perfect’ family is not all that it seems.

“And there’s also Callum’s mother Angela – who’s finally had to fess up to the biggest secret of her life: that her son’s father is not who she says it is.

“All of this is alongside Tess and Marilyn’s gradual acceptance of Colin’s inability to keep his d*** in his pants.”

The main cast will be reprising their roles with Rebecca Front back as cuckolded wife Tess Walcott and Siobhan Finneran as mistress Marilyn.

Also, taking on a bigger role will be Michele Austin as Angela, another woman who has become part of the weird and wonderful family due to one man’s infidelity.

Caroline Quentin and Amit Shah will also be reprising their roles as Auntie Dawn and Dr Marcus Tandell respectively.

The premise of The Other One takes its cue from a real-life story about a man with two families.

He even gave his children the same name to avoid confusion and getting caught out.

The Other One will continue to play with this idea as another family is caught up in the story.

The Other One series 2 airs on BBC One on Fridays at 9.30pm and the entire series will be available on BBC iPlayer as a boxset