The biggest challenge for Harry entering the jungle was being apart from his sweetheart – who he married in 1967 and has stuck by his side through thick and thin. 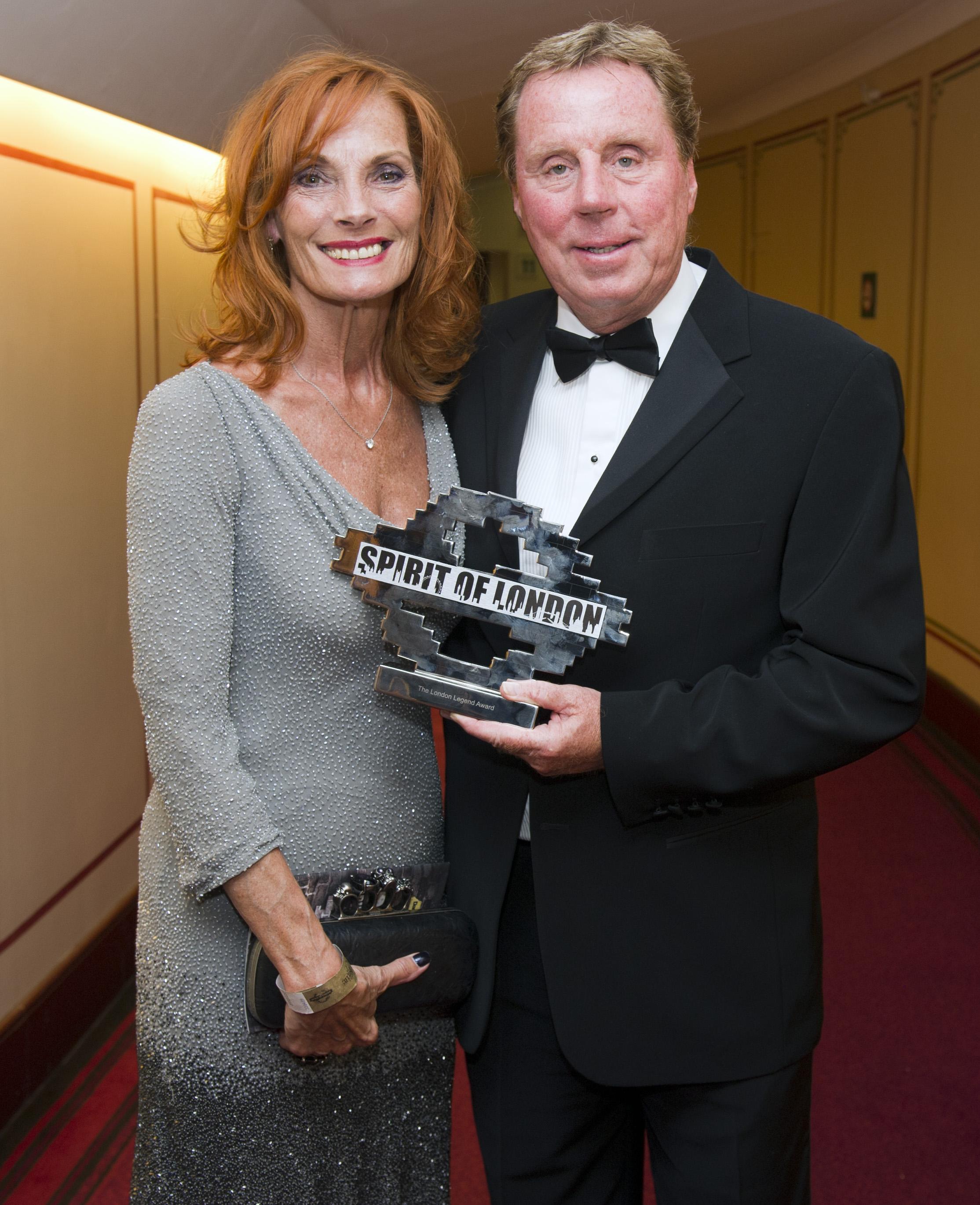 And there have been plenty of difficult times that the pair have weathered together, including when he ran her over by accident in 2016 – and when she supported him after a horror crash he almost died in.

A source close to Harry said: “Harry is lost without Sandra and we were fretting about him being away from her when he announced he was going in.

"Sandra is proud of him and how well he’s done but she can’t wait for him to come home.”

Here Sun Online looks at the tough moments he's faced and the incredible woman who's been by his side. 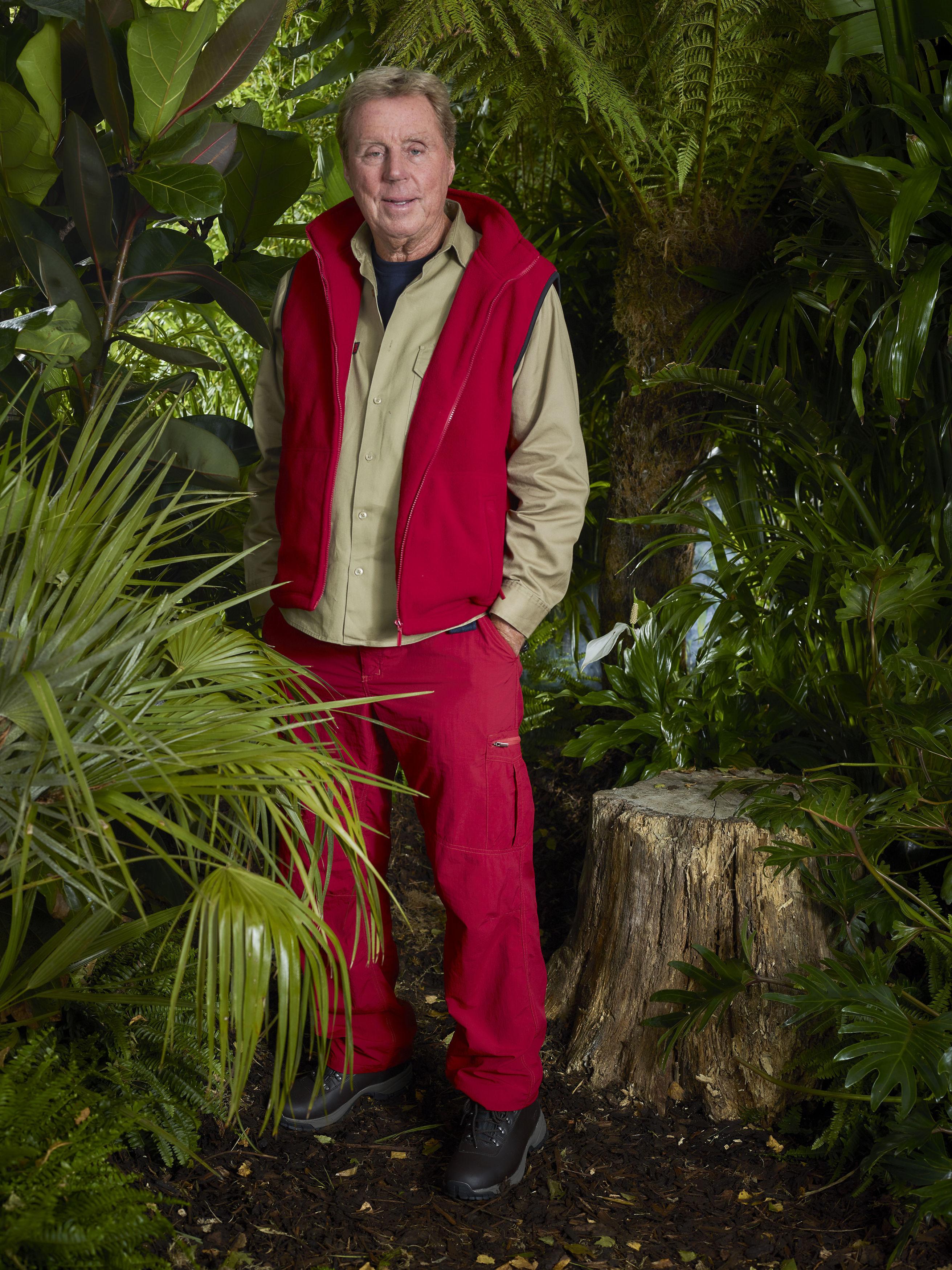 Running over his wife in a Range Rover

Throughout his time in the I'm A Celeb jungle, Harry, 71, has been nothing but complimentary about his adored wife, also 71, repeatedly referencing her in conversations with his campmates and sharing his fears over what would happen if he lost her. 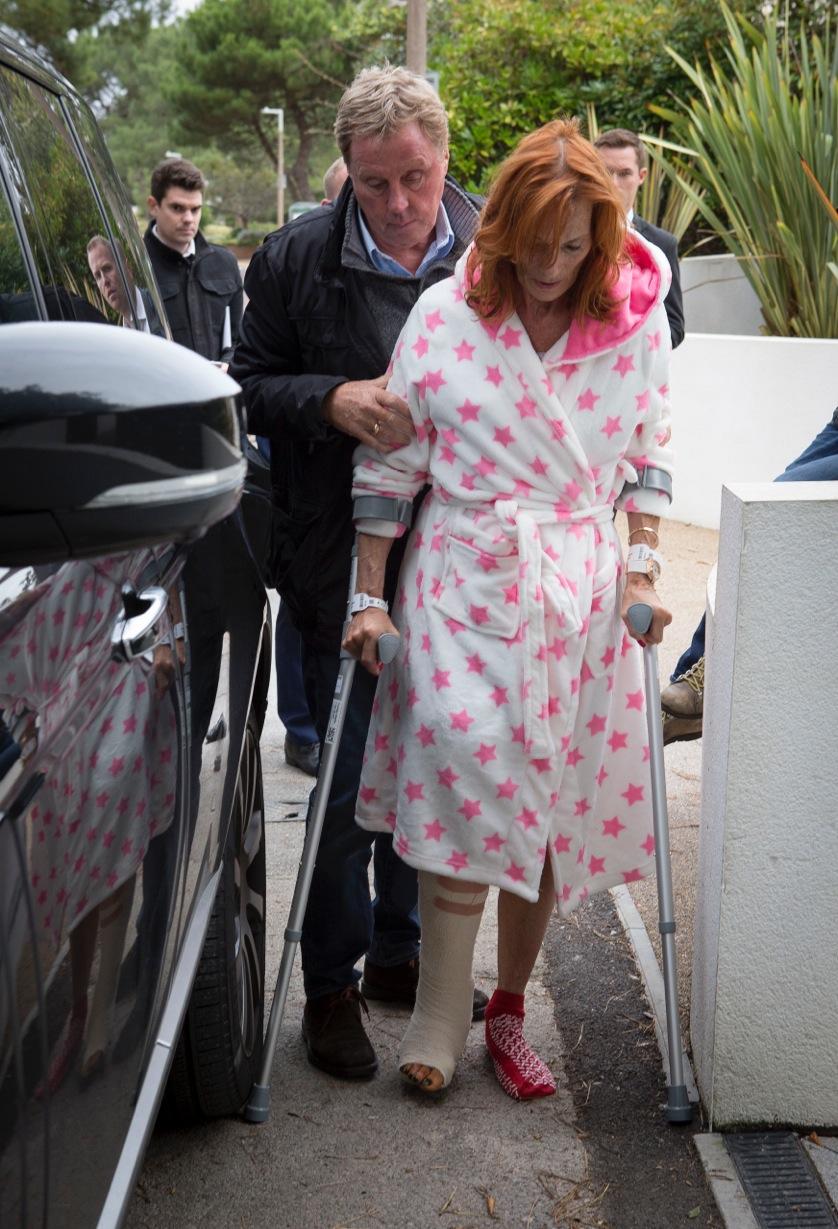 But he nearly did lose her after a freak accident in 2016 when he accidentally ran over his wife after her coat got caught under his Range Rover.

“Sandra went across the road and unfortunately she had gone behind the car to cross over the road and as I went to drive off, I caught her," he said at the time. 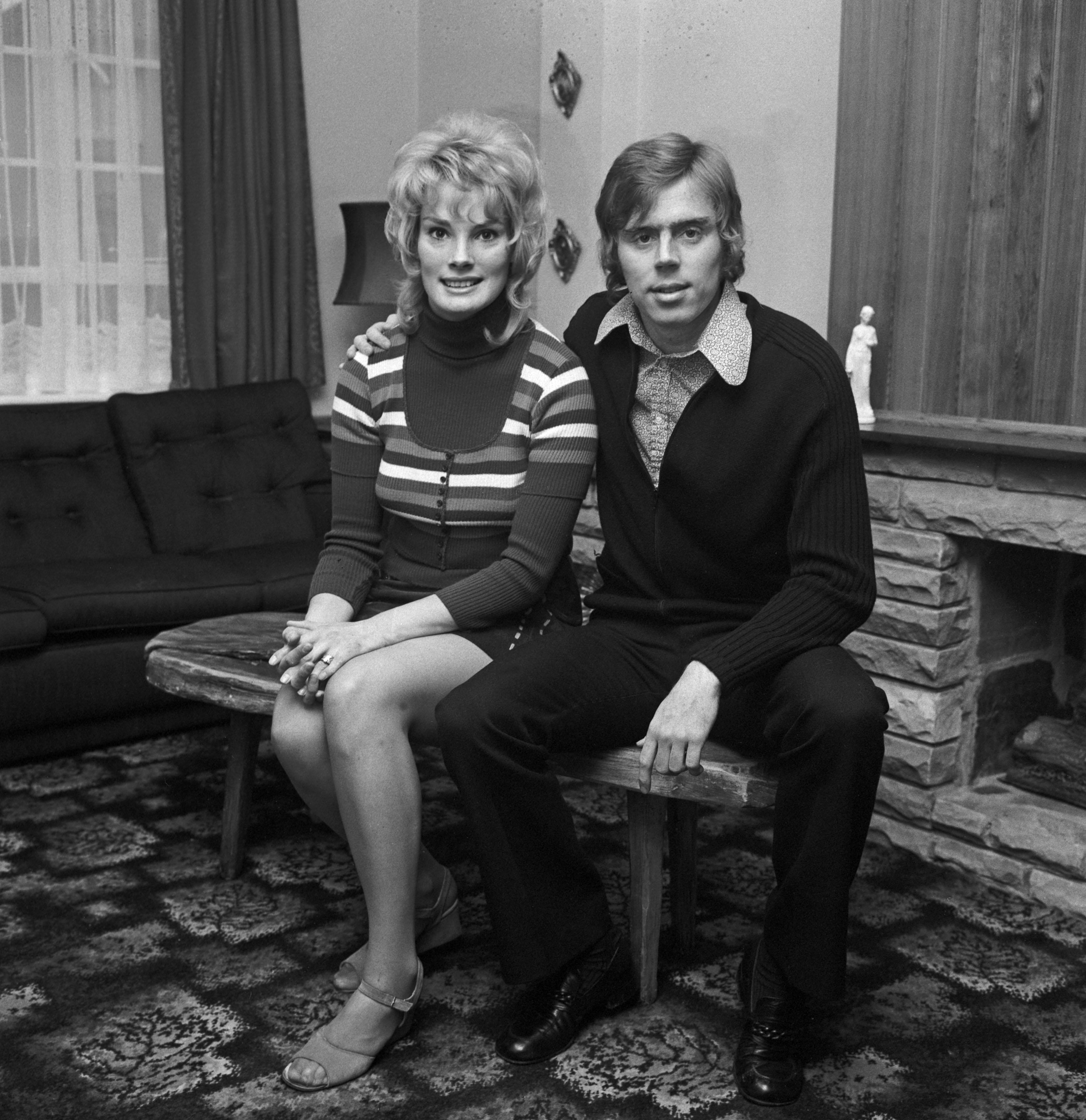 “I drove over her ankle basically, if the full weight of the car had gone over the ankle god knows what would have happened to her ankle and her foot.

But that's not the only time Harry has been involved in a devastating car accident.

It was as manager of Bournemouth in June 1990 that Harry almost died in horror car crash that killed four people –  including his pal, AFC Bournemouth's managing director, Brian Tiler. 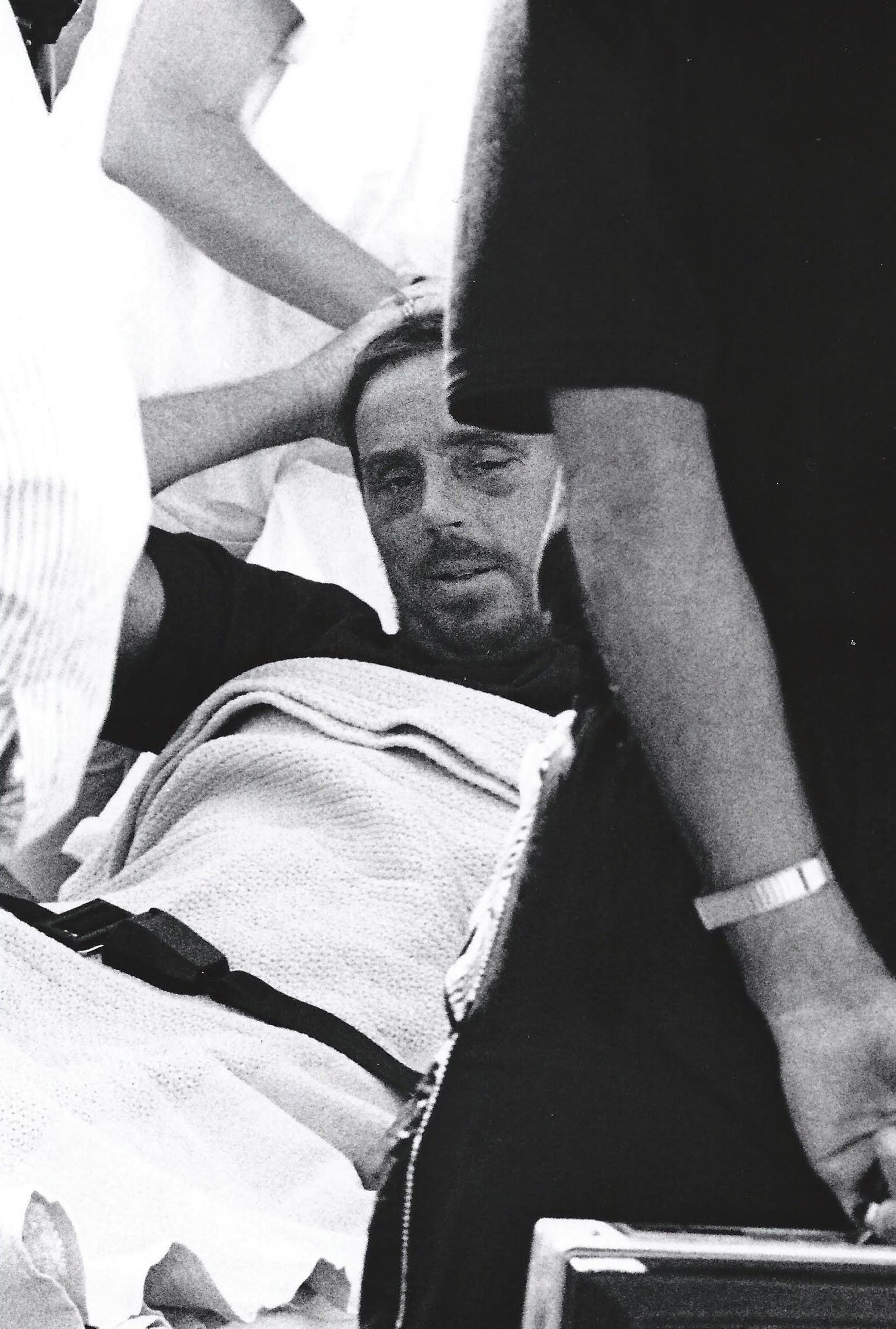 He had travelled to the Italia 90 World Cup with three friends when their chauffeur-driven minibus was involved in a head-on collision with a car containing three Italian soldiers.

In his autobiography, Harry said: "A car hurtled towards us on the wrong side of the road. 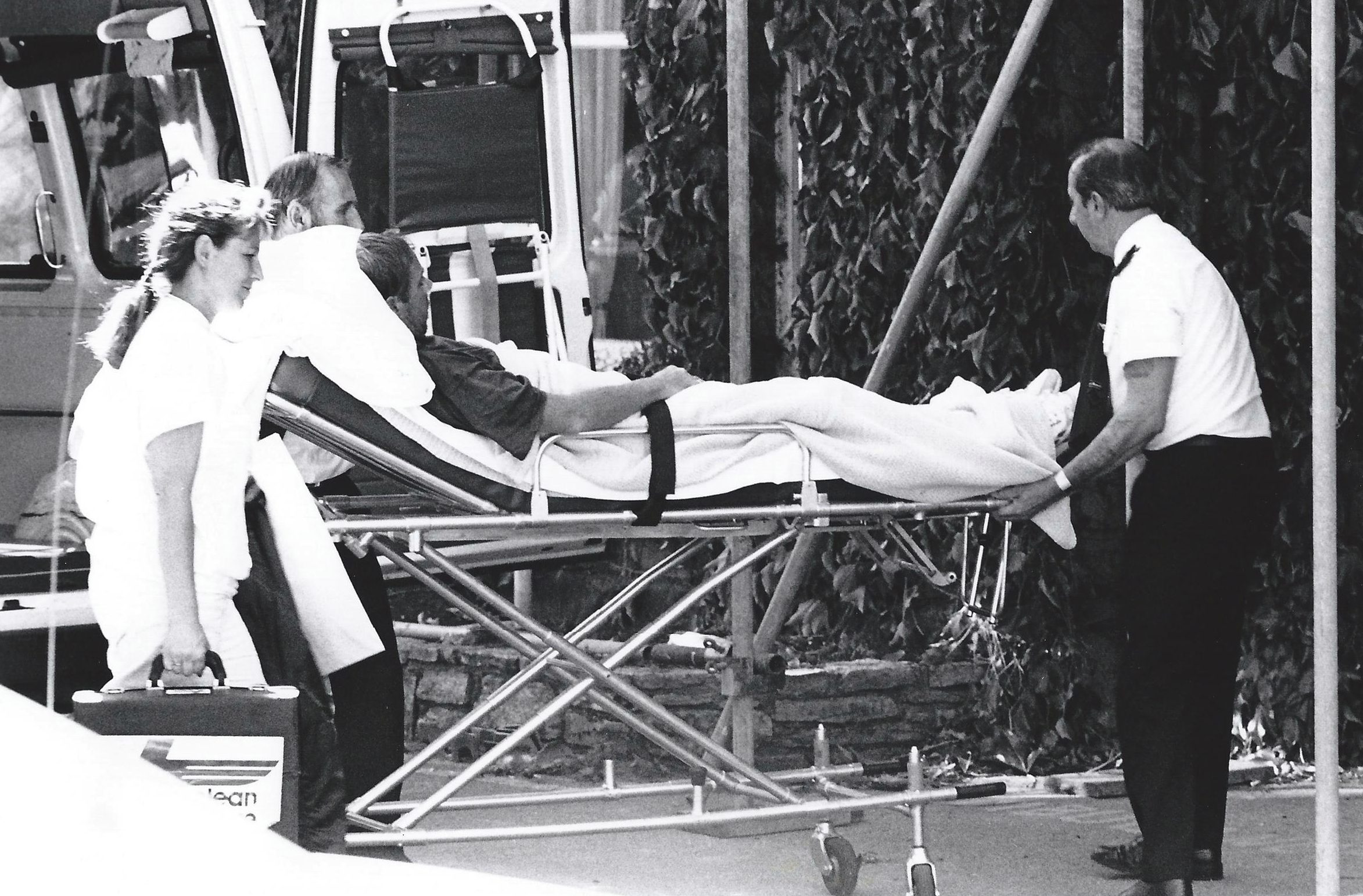 "I'm told it was going 90 miles per hour. I'm told the smash was so horrific that it was a miracle anyone got out alive. Brian didn't. Nor did the occupants of the other car, three Italian lads who all died instantly.

"The force of the impact threw me out of the minibus and knocked me unconscious.

"I was then dragged away from the mangled wreckage, covered in petrol, by Michael Sinclair, who was petrified by the thought that it would all explode." 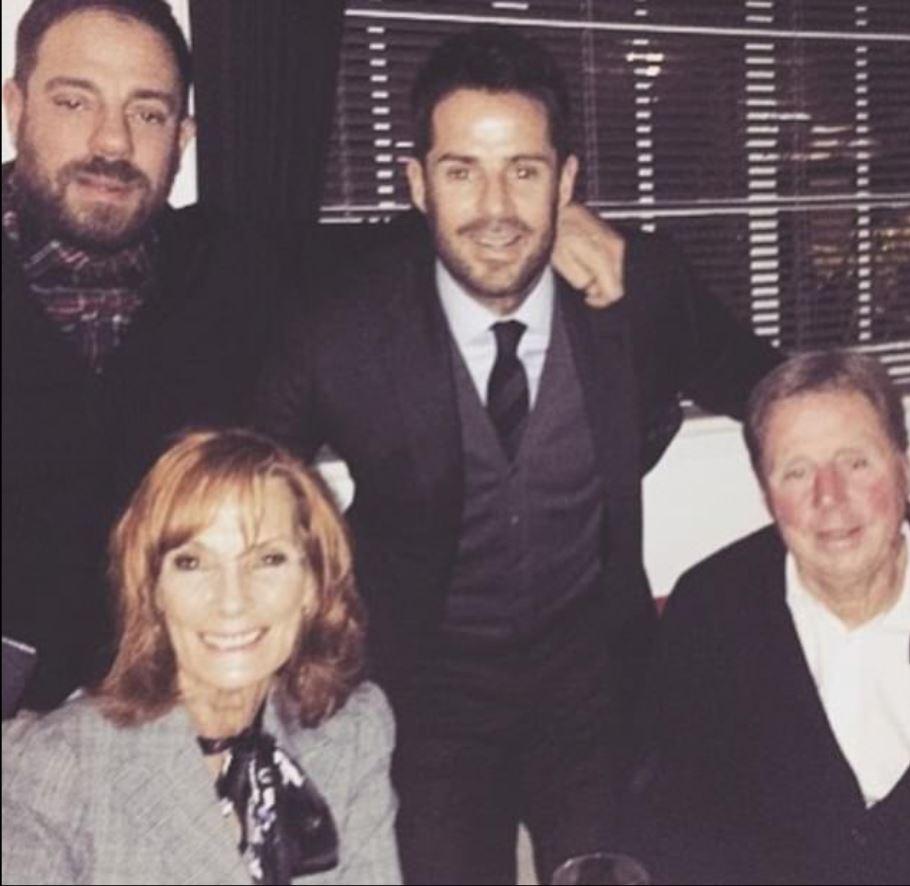 Harry’s injuries were so bad that a doctor covered his face with a blanket.
"I woke up in hospital with terrible injuries," he added.

Sandra – who Harry met in the Two Puddings pub in East London when he was just 17 – supported him throughout his recovery.

Devastated and heartbroken by Jamie and Louise split

They live in Sandbanks, Dorset, in a stunning glass-fronted, beachside mansion complete with its own swimming pool and cinema room they bought for £3.5 million in 2015.
Their grandchildren – Charlie and Beau, Jamie’s children with ex-wife Louise and youngsters, Joe, Emilie and Harry Jr– who are his eldest son Mark’s children are all close. 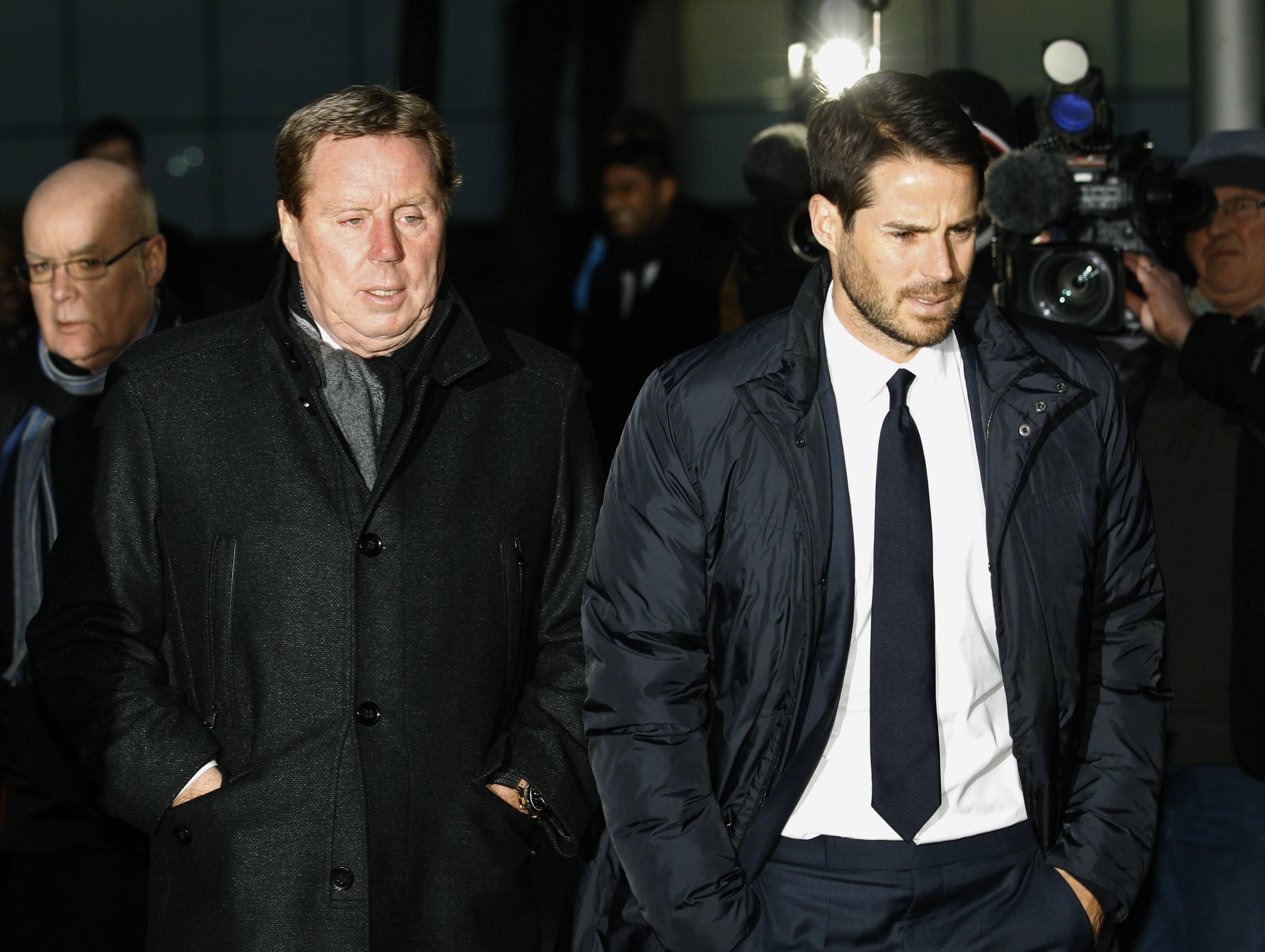 A source close to Harry and Jamie said: “Harry was devastated when Jamie and Louise split. She’d been part of the family for so long and he thought they were unbreakable.

"He saw her as part of the family from day one. He was surprised Louise wanted to go back to her singing career as he thought she was happy being a mum to her boys.

"The whole family were heartbroken.”

Family has always been important to Harry, who was born in Poplar, London.

As an only child, he was close to his parents and nan. 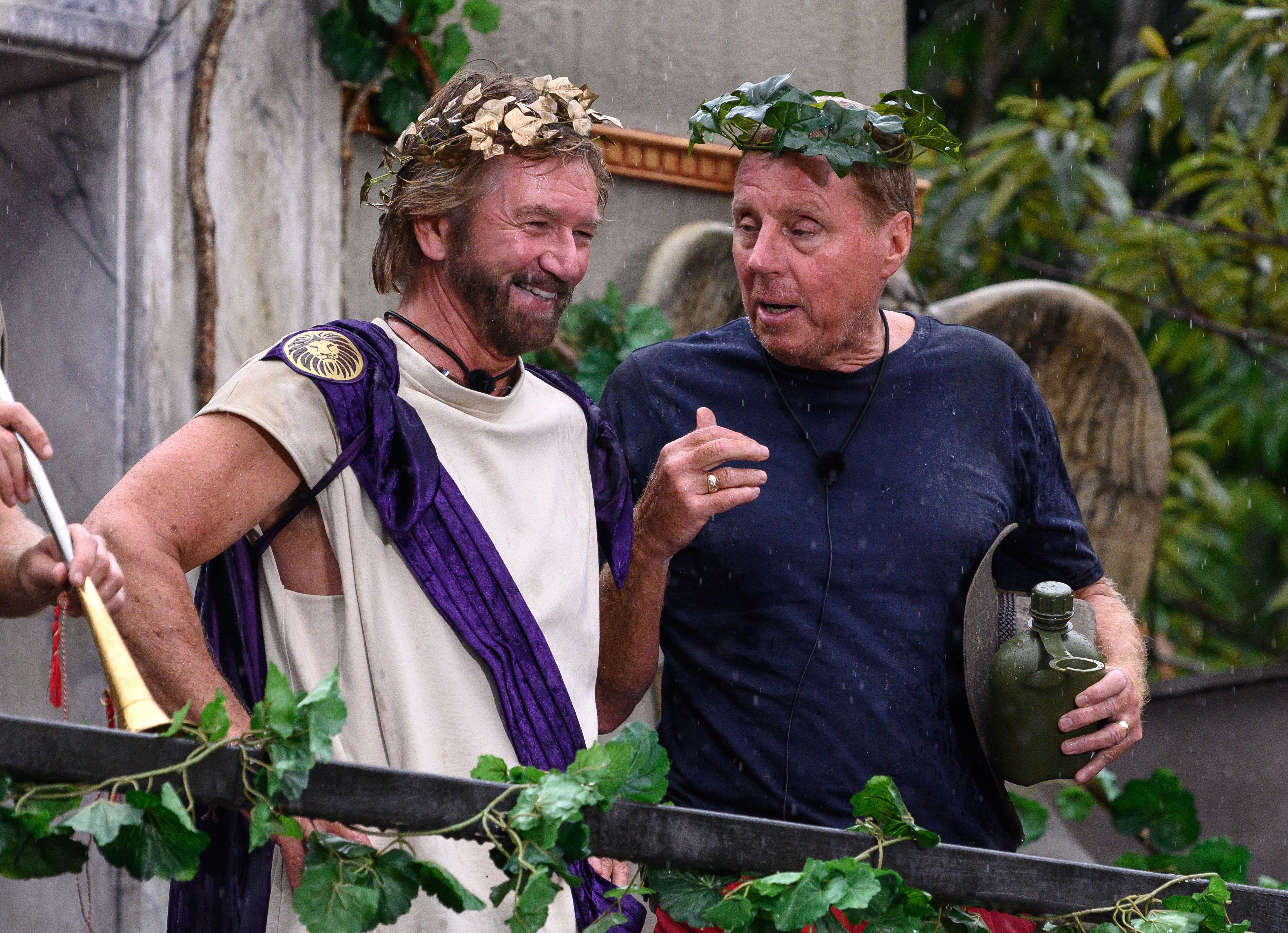 His mum worked at the co-op and his love for football came through his docker father, Harry Senior.
He wrote in his book: “I was an only child, which I suppose was unusual for those days, and one of my
most vivid memories from my childhood was following him all over the place to watch him play football.
He said: “My dad died in 2006, aged 82, but he had a rough life as a kid. 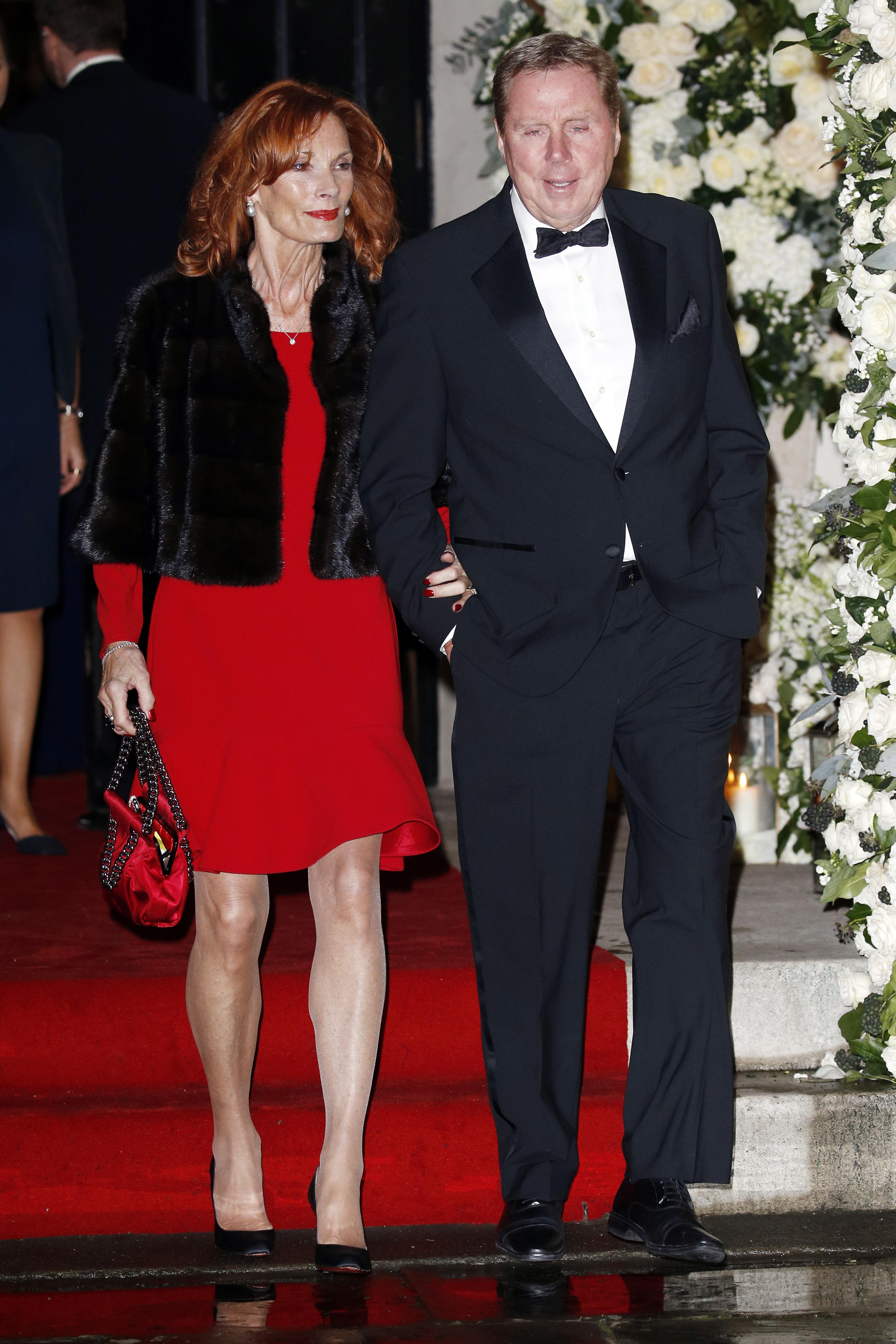 "His mum and dad died when he was about 15 and he was in the Army a year later. He was a prisoner of War during the Second World War and I think by the time it ended he’d perhaps missed his chance to make a name for himself in football.
"He only played in the local Business Houses League, but he was far, far better than that.”
His grandma, Maggie, was a bookie’s runner – and she’d often ask him to pick out three horses. 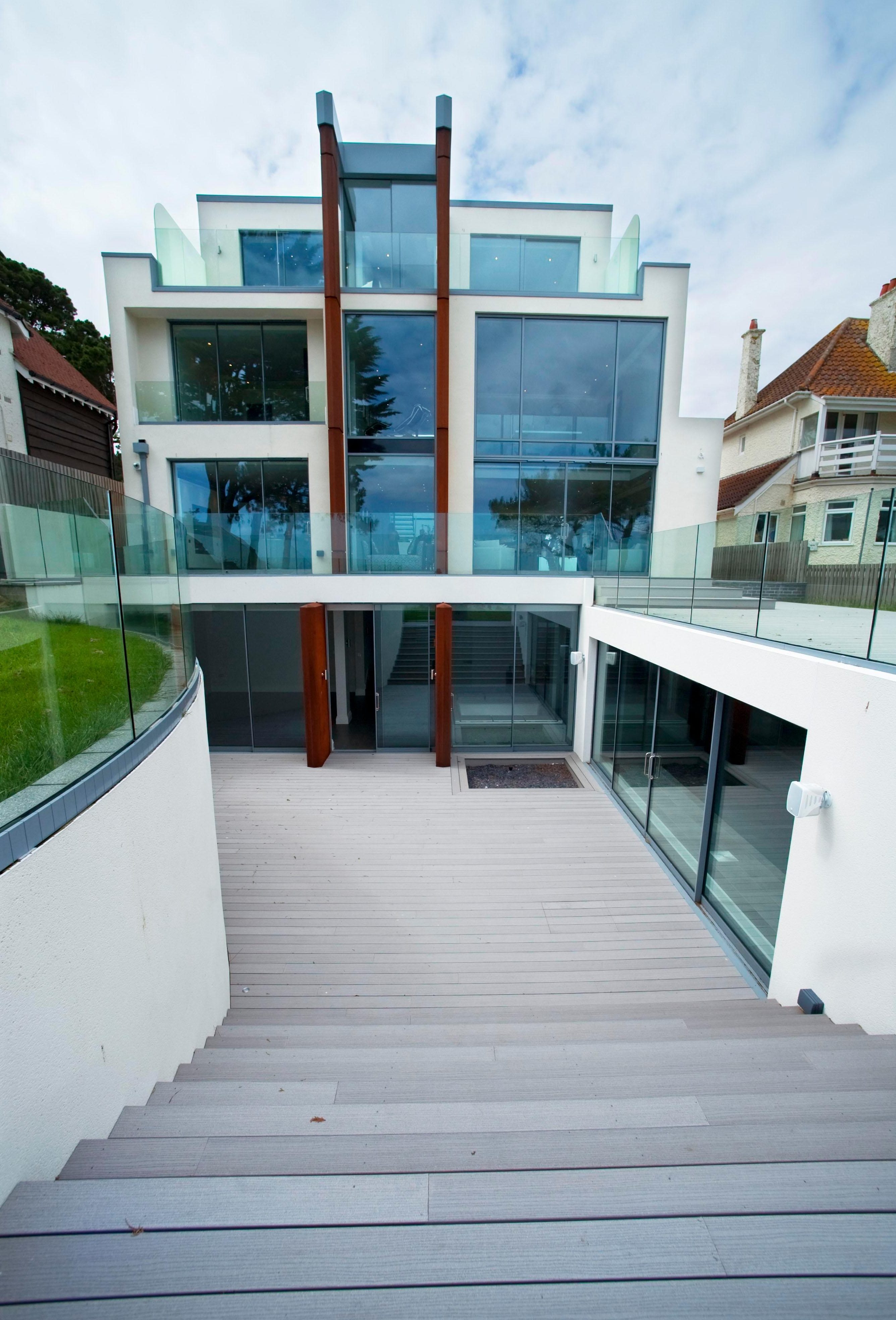 He said: “I couldn’t read or write, but she’d put a pen in my hand and ask me to mark three selections.
"Then she’d pick up the paper, rub it on my head — 'Ginger for luck,' she’d say.

However being a bookie’s runner was illegal – and in his book, Harry said he’d often come home from school to find his nan being shipped off to the local station in a police car.

Harry said he’d get there and his nan would shout to him: “Your dinner’s in the oven. These b*****ds won’t keep me
for long. I’ll be home in an hour, boy.”
The police would keep her for a few hours, warn her then shed’d be back collecting bets just like normal.

Harry became a firm favourite in the jungle early on. One highlight from the show was when he wowed the audience and campmates during a boozy karaoke night out at the Jungle Arms, singing My Way.

And Sandra is delighted that the public is finally getting to see the chirpy side of Harry.

She said: “Harry’s a master storyteller. He went into the jungle with the aim of giving him something else to talk about down the pub with his mates.

“He knew he wasn’t going to manage another football team again, but he loves new challenges."

And he'll have plenty more tales from the jungle to add to his collection.