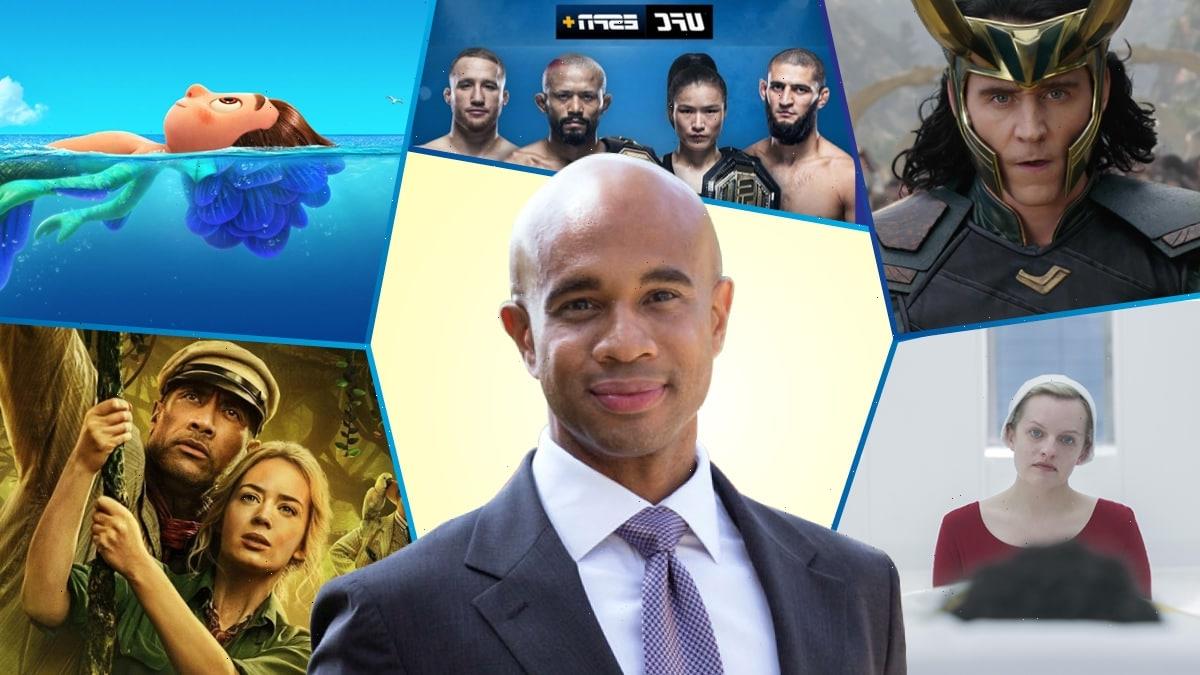 Why Are Women in Skilled Hollywood Jobs Making $16 an Hour?

Bob Chapek’s October reorganization is “not a recipe for harmony,” one former executive says about executive’s rise

One of the most powerful executives in all of Hollywood was a virtual unknown this time last year. In fact, he still might be.

In one of his first major moves as Disney CEO last October, Bob Chapek plucked longtime ally Kareem Daniel from the consumer products and games division to run the newly created Media and Entertainment Distribution group.

Known internally as “DMED,” Daniel’s team is in charge of the operation of Disney’s streaming services and TV networks, in addition to profit-and-loss management and all distribution, operations, sales, advertising, data and technology functions of all Disney content.

Which means that the 47-year-old engineer-turned-corporate honcho is responsible for the entire business side of Disney content. “Kareem Daniel now runs the business,” a former Disney executive, speaking on condition of anonymity, told TheWrap. “Kareem is Chapek’s guy.”

The reorganization has handed immense power to an executive who studied electrical engineering at Stanford and then began his career as an investment banker for Goldman Sachs, and has no experience in creating content. It has also created internal tension, notably with Peter Rice, the chairman of general entertainment content, the group responsible for Disney’s TV and episodic streaming content, according to two individuals with knowledge of the company.

The move has left Rice, one of the highest-level executives who came over in Disney’s $71.3 billion purchase of Fox in 2019, with a sharply reduced role. He oversees the making of programming for streaming and television — but has no control over budgeting or final say on distribution of that content. Under the new structure, Daniel’s DMED team handles the budget and distribution for all movies and TV shows, including not just Rice’s group but that of Disney Studio’s Alan Bergman and ESPN President Jimmy Pitaro.

Another senior former Disney executive agreed: “With Kareem Daniel having streaming and being so close to Bob Chapek, that is a recipe for Peter being relegated to an outpost.” With Daniel “controlling the purse strings,” the second executive said he is “cleaving off big chunks of the business, and it marginalizes the folks making the content.”

The executive continued: “It’s not a recipe for harmony.”

Rice declined to comment for this story. An individual close to Rice disputed that the executive was at all dissatisfied with the new arrangement and insisted that the two executives have a “warm relationship.”

But Rice’s history belies this, and there is no dispute that the job he is doing is much smaller than the one he was wooed to Disney to do. The British-born media executive prides himself on being a global business leader who can nurture close relationships with talent while also recognizing a hit show or movie. He did exactly that at Fox, where he began a meteoric career producing award-winning movies — such as “Slumdog Millionaire” and “Napoleon Dynamite” — that were often also box office successes, and then moved to the television side, running the Fox Networks Group as chairman at a time when Fox rose to become the No. 1 network. 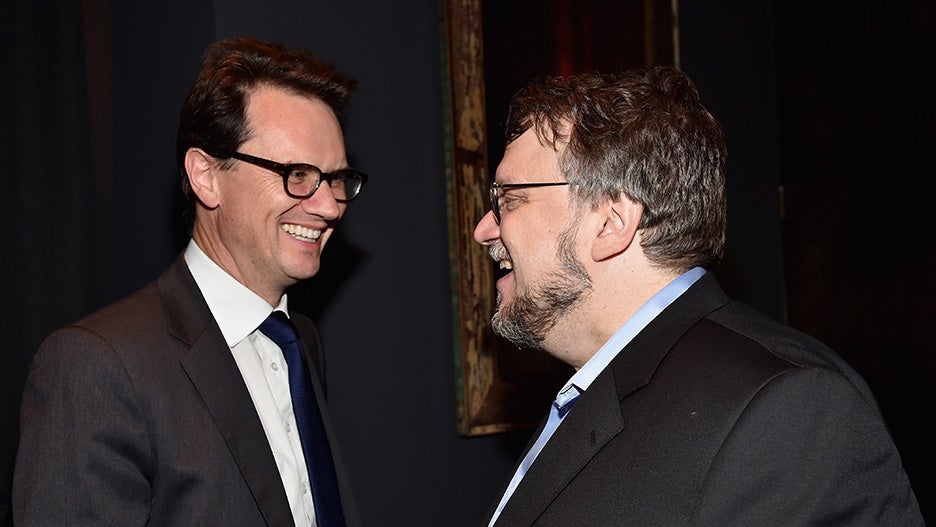 As a relative newcomer to Disney, Rice is currently isolated without a clear champion at the top of Disney. But the lack of options for a media executive given the vast consolidation in the industry is also on his mind, said someone familiar with his thinking. He believes that the remaining legacy companies — NBCU, Warner Bros and ViacomCBS — will all need to merge in order to survive the next several years of consumer change, the individual said.

Meanwhile Daniel, who has spent the last 14 years inside the Magic Kingdom, is better known inside the Disney corporate suites but is more of an unknown in Hollywood. The Chicago native attended Morgan Park Academy on the city’s South Side from kindergarten through high school, where he was named valedictorian in 1992. After earning a B.S. in electrical engineering at Stanford and a three-year stint at Goldman Sachs, he pursued an MBA at his Palo Alto, California, alma mater — which is where Chapek plucked him for an internship. At that time, Chapek was an executive in Disney’s home entertainment division. The two also worked together while Daniel was heading up Disney’s Imagineering program under Chapek’s leadership of the theme parks division. 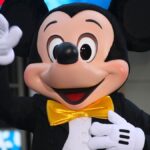 Kareem Daniel would end up back at Disney full time in 2007. During his decade-plus with the company, he has spent time with Walt Disney Studios (where he worked on the distribution side), worked on Kevin Mayer’s team that led the acquisition of Marvel in 2009 (Daniel was vice president of Distribution and Strategy during this time) and was also president of Disney’s Imagineering Operations. With Imagineering, Daniel helped to create some of Disney’s biggest IP-based theme park attractions, including Star Wars: Galaxy’s Edge, Toy Story Land and Avengers Campus, which just opened at Disney’s California Adventure.

In a rare 2017 interview with his alma mater Morgan Park Academy while he was still senior vice president of strategy and business development for Disney Consumer Products and Interactive Media, Daniel described the Marvel acquisition as “a highlight of my career.” It was one of those full-circle moments that he shared with his mom. “She used to drive me to the comic book store at the Chicago Ridge Mall and sit outside in the car for hours while I was in the store, reading comics,” he said. “She was the most patient, amazing woman ever. So when that deal was announced, I could tell her that we bought the company that made those comics.” 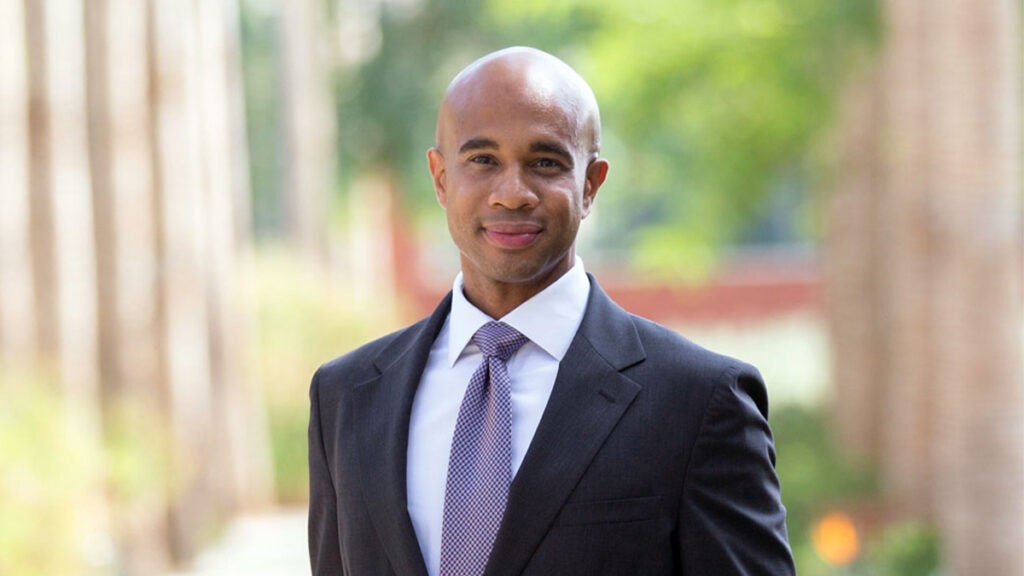 Daniel comes from the same part of Disney’s vast business as Chapek, who ran the theme parks — Disney’s most lucrative business segment until the pandemic came along. The COVID closures of the parks and cruise lines forced Disney to speed up its investment in streaming, buoyed by Disney+’s better-than-expected start in November 2019.

Kareem Daniel is a bit of mystery to outsiders. Since being named to the post, he has not done a single interview (including with TheWrap, which made multiple requests) and his only public appearance came during last December’s virtual Investor Day, where he spoke briefly about the new structure. “One of the primary benefits of our new organizational structure is our ability to quickly re-evaluate and adjust our plans in light of any changes in the marketplace,” he said. “And we will continue to shift and optimize our mix of windowed theatrical, day-and-date, and DTC exclusive offerings according to what is best for the consumer and our businesses.”

Just this past weekend, he issued a rare statement as Disney announced the global streaming grosses for “Black Widow.”

For his part, Chapek has touted the restructure, one of several implemented during a chaotic and transformative 2020, as a way for the content creators to solely focus on what they do best at the Hollywood giant.

“Despite how profound that change was for us, relative to how we operated and particularly how the industry operated, it really has got strong buy-in by our execs,” Chapek said last month during an industry conference. “Everyone appreciates the fact that they have more time to do what they do best, given the increase in output we have.”

Rice wouldn’t be the only executive to be unhappy following last fall’s reorganization. Two other senior Disney executives, Disney+ original content chief Ricky Strauss and Disney TV Studios president Craig Hunegs, both exited the company after their roles were changed. Strauss publicly attributed his decision to that shift. “With our new structure and the changes to my role, the reorganization does not provide me with the opportunity to do the kind of work I love to do,” he said when he stepped down in January.

While Hunegs didn’t comment on his departure, an individual familiar with his thinking said the reorganization was a central reason for his exit.

Disney’s organization chart effectively splits the creative side and the business side at each of its sprawling properties. For example, FX chief John Landgraf and Nat Geo’s Global TV president Courteney Monroe are on Rice’s team, while executives like Chuck Saftler, who heads up business operations for FX, ABC and Freeform, and Sean Cocchia, who holds the same role for Disney Channel and Nat Geo, report to Kareem Daniel’s team and Debra O’Connell, who is president of networks for DMED.

Chapek, who edged out then-Disney streaming boss Kevin Mayer last year for the coveted CEO job to replace Robert Iger, started under the worst of circumstances. The pandemic hit U.S. shores just days after he was named to the gig, which would wreak havoc on Disney’s balance sheet with its parks closed worldwide and billion-dollar losses in what used to be Disney’s most profitable segment. Cinema closures also forced the delay of numerous movies, including Marvel’s “Black Widow” — which finally opened in theaters (and on Disney+ for a $30 additional charge) last Friday.

But Disney+ was the lone bright spot, rocketing past 100 million global subscribers within its first 18 months. The reorganization that put Daniel front and center was designed to make streaming the center of the Magic Kingdom’s universe, even if it’s led to some bruised egos in the process.

Investors don’t seem to mind, though. Disney’s stock price has risen more than 45% since the Oct. 12, 2020 announcement, to $184.38 a share as of the close of trading on Monday, buoyed by the strong performance of “Black Widow,” which included $60 million worldwide from Disney+ purchases.

Disney is not the only Hollywood powerhouse to rejigger its operations in the wake of the industry-shattering 2020, which accelerated the industry-wide shift to streaming distribution by months, if not years. NBCUniversal and WarnerMedia, which will soon be part of Warner Bros. Discovery, were two other media giants that underwent the transition, leaving some high-priced executives as well as rank-and-file employees looking for new work.

But Disney is the biggest kid on the block, which only heightens the spotlight — and the tension.

Sharon Waxman contributed to this story.