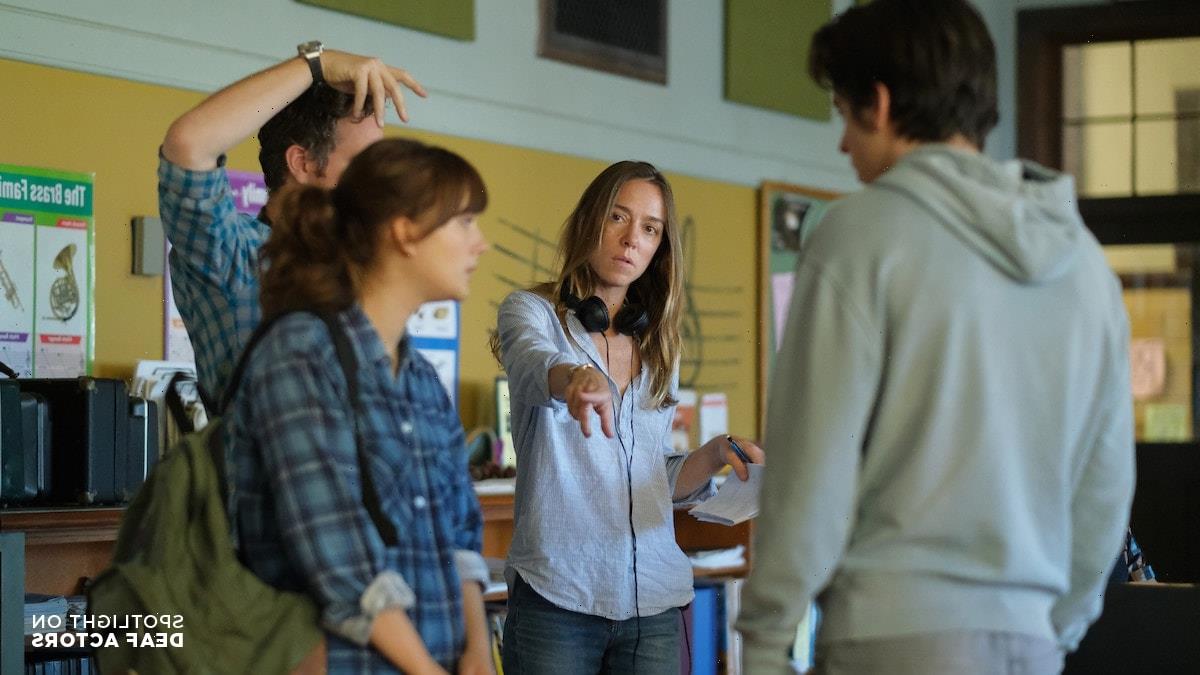 Are Deaf Actors and Stories Finally Breaking Through in Hollywood?

TheWrap Special Report: “I made sure to surround myself with deaf collaborators who would help me tell an authentic story that felt true,” ”CODA“ director Siân Heder says

Siân Heder’s living room was all wrong. While on set for her new film “CODA,” about the hearing daughter of a deaf family, her American Sign Language master, Anne Tomasetti, gave her a note about the film’s production design that Heder said she never would have considered as a hearing person.

“She was like, this living room is set up wrong. No deaf family is going to put their couch facing away from the door,” Heder told TheWrap, explaining that a typical deaf household would arrange their furniture to be able to see who’s coming and going.

That wasn’t the only suggestion Tomasetti or her colleague Alexandria Wailes had for Heder. And while “CODA” may be a watershed moment for representation of deaf people on screen, starring three deaf actors in leading roles, the Sundance award-winner also holds up as a new standard for the way deaf talent can be integrated into film sets thanks to its two ASL masters. 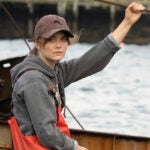 An ASL Master, or what those in the business also refer to themselves as directors of artistic sign language (DASLs, pronounced “dazzles”) differ in key ways from other language interpreters and on-set liaisons. Like a stunt director or intimacy coordinator, an ASL master works to ensure the accuracy of a film’s sign language and other aspects of authenticity as well as access for deaf talent both on set and on screen. They work closely not just with the non-deaf cast and crew in setting the tone for communication, but also with deaf talent in finding the best sign during a scene or facilitating conversation between the director and cast.

Because there’s no formal written language for ASL, Heder brought in Alexandria Wailes to translate the “CODA” script into ASL. Wailes is a film and TV actress who got her start as a performer with L.A.’s Deaf West Theatre and on Broadway as an ASL captain. After working as a DASL on John Krasinski’s two “A Quiet Place” films and Todd Haynes’ 2017 drama “Wonderstruck,” Wailes was tasked with interpreting the best way to communicate each line of dialogue through sign language. If there was a more exciting sign or one that better conveyed an emotion, she could suggest the change to Heder and recorded videos that could be shared with the cast.

Wailes was also responsible for catching the family’s regional Boston dialect, and she worked closely with both the deaf actors and hearing actress Emilia Jones (who plays the Child of Deaf Adults, hence the film’s title) to insure not just consistency in their signs but that it looked like they were all part of the same family.

“A tip I shared with this awesome group of actors was to pay attention to each other’s mannerisms in facial expressions and sign choices,” Wailes said. “This nuance stitches the shared language in a way that is personal to this specific family.” 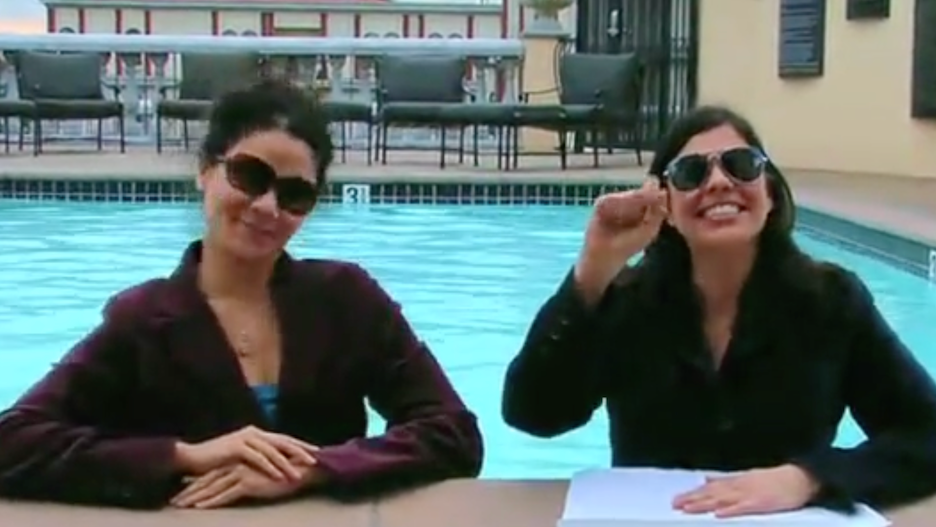 Wailes brought to “CODA” another innovation from her experience as the ASL master on the set of “This Close,” the 2018-19 Sundance TV series co-created by the show’s deaf star, Shoshannah Stern. The production places an interpreter by a monitor during the shoot to record an audio track to scenes that featured only signing so that hearing editors would still have something to cut to even if they weren’t fluent in ASL.

Heder conceded that when she first became attached to directing “CODA,” she had only a “not great” grasp of ASL. “Maybe I was a second grader. But I at least had a basis in the language,” she said.

But having a DASL on set changed everything about how she worked, she said. “CODA” began production with seven rotating interpreters, including someone stationed with the director, someone in the makeup trailer and other floaters to assist in communication at every stage of the production process. By the end of the shoot, though, things were moving smoothly enough that they could cut down to three.

As a hearing director, Heder really wanted to speak directly with her cast — and not through an interpreter. Early on in the process, she pulled stars Marlee Matlin, Troy Kotsur and Daniel Durant aside and asked if it was OK if she signed to them directly. Thankfully, they all said, “Yes, please.” 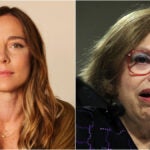 “We found our own path. Sometimes if I didn’t have the sign for something, I would just use gestures and they would laugh at me and make fun of me. The interpreters were there to jump in and facilitate the conversation as well, but it was about being fearless and finding ways,” Heder said. “You need to put the people in place that are going to help you to tell that story. I knew what I didn’t know and I made sure to surround myself with deaf collaborators who would help me tell an authentic story that felt true to the culture.”

The term DASL dates back to around 2006 and was intended to alleviate some of the confusion around titles, with some on the East Coast referring to the position as a “signing coach” or “signing master” while Hollywood generally used “ASL Master.” Speaking on a panel of DASLs from earlier this summer that also included Tomasetti and Wailes, MoMo Holt explained that the term “director of artistic sign language” was a more inclusive phrase and better captured a DASL’s job description. It may include translating not just from English or American dialect but also British dialect or even dialects and signs that may have been used across different time periods.

“We have to do our research, sometimes we don’t always have access to the information, maybe we have to go into an Italian sign language,” Holt said on the panel. “We need that information. How do we sign that and then now we have to then incorporate that into the script, and then teach that to the actors or interpreters who may be using it? So that’s not necessarily the same as somebody who’s in the role of a signing coach.”

DASLs have of course been a big part of theater and dance as well as film and TV, with many DASLs like Wailes coming from an acting background themselves. The role especially became important in television where there’s a new director on set every week and a DASL is needed to keep things consistent and running smoothly. 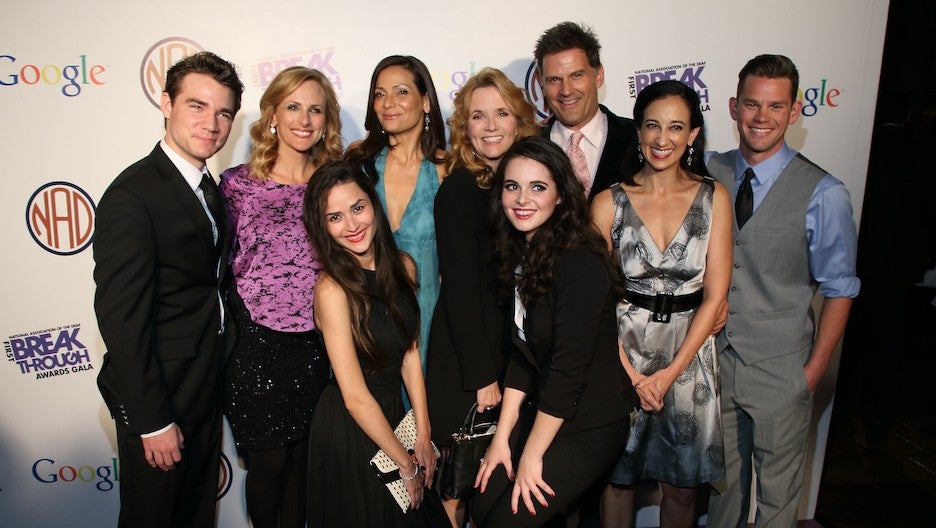 On “Switched at Birth,” creator Lizzy Weiss worked with ASL master Jack Jason and helped to establish prep conversations for new directors to make sure that signing hands could be seen in the shot, that blocking allowed characters’ hands to be free to sign and that editors were pairing the right sign with the selected take. That attention to detail contributed to the environment on set as a whole.

“Everyone on our crew knew signs like ‘ready,’ ‘go again’ and of course ‘lunch,’ and that made our set not just inclusive but also a lively and happy place to be, because everyone knew that our set was a place for everyone to feel comfortable and valued and seen,” Weiss said.

The ASL masters across the course of “Switched at Birth’s” five seasons would consult with the deaf actors and those who were fluent in ASL. Weiss had made a creative choice to have her hearing actors learn ASL at a similar pace to their on-screen characters, and the DASLs were there to make sure that continuity with the characters was maintained. 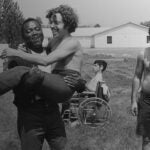 “So they would call me and say, ‘How many of these words do you think they would know, at this point?’ How quickly should we get up her to speed? And so we had to make those choices. And sometimes we wrote that in,” Weiss added.

Heder even discovered over time that ASL is actually “the most amazing set language” that directly benefited the communication on “CODA” on the whole. She found she could sign in a private conversation to Matlin or Jones without having to cross over to the other side of an auditorium or get in the middle between 300 extras. Several scenes were even shot on fishing boats out on the water, and signing was more effective than having to use haphazard walkie-talkies.

“I feel like there were so many things that we discovered on our set that we can pass forward to anyone who wanted to make a movie with deaf talent,” Heder said. “There’s so many different ways for human beings to communicate beyond spoken language, and we just found all of those ways. It was a really exciting way to work, and I think it’s actually going to be really hard for me to just go back to directing hearing actors.” 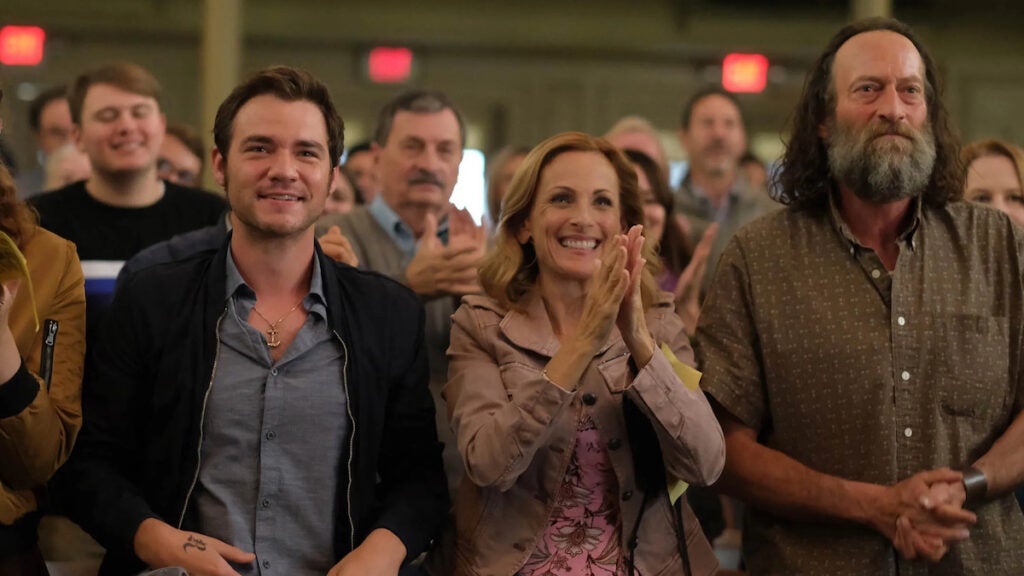 The challenge for Hollywood in advancing culturally specific deaf stories and employing more deaf talent will be making ASL masters standard on sets. Deanne Bray, a deaf actress known for her work on “Heroes,” “Sue Thomas: F.B. Eye” and “Curb Your Enthusiasm,” warns that interpreters and consultants can’t be an “afterthought” in the production budget.

“The sign language interpreters need to be a part of the budget during preproduction,” Bray said. “With theater, it requires a couple more weeks of rehearsal time than a hearing production using one language because there is a bilingual process happening on stage with both hearing and deaf actors and crew working together. When working bilingually, Hollywood needs to be mindful in not rushing it, expecting the actor who does not know the language to be able to sign fluently in three days, and the translation of long passages need the time as well.”

Wailes, who began her career as a performer before moving into DASL work, said she’s noticing more opportunities that never existed even five or 10 years ago. When she was brought aboard “This Close,” she was able to set the tone on the show from the start. “Advocacy is key, and when artists know what they need to do their jobs well and are able to communicate this, it makes for an overall better experience,” she said.