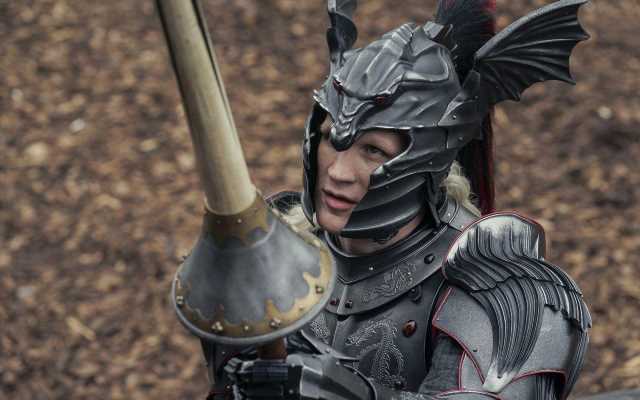 Following the show’s premiere on Sunday, August 21, the network has announced that the series’ debut marks the largest audience for any new original series in the history of HBO.

AceShowbiz -HBO’s “House of the Dragon” seemingly has repeated the huge success of its original show “Game of Thrones“. Following the show’s premiere on Sunday, August 21, HBO has announced that the series’ debut marks the largest audience for any new original series in the history of HBO.

“It was wonderful to see millions of ‘Game of Thrones’ fans return with us to Westeros last night. ‘House of the Dragon’ features an incredibly talented cast and crew who poured their heart and soul into the production, and we’re ecstatic with viewers’ positive response,” HBO & HBO Max Chief Content Officer Casey Bloys said on Monday. “We look forward to sharing with audiences what else George, Ryan, and Miguel have in store for them this season.”

The new show, which is based on George R.R. Martin’s “Fire & Blood” book, scored nearly 10 million viewers in the U.S. It was a significant increase from the original show’s start (4.152 million “live” viewers). However, it should be noted that the fandom of George R. R. Martin’s books were the only people who were familiar with “Game of Thrones” material when it premiered more than a decade ago.

Set 200 years before the “Game of Thrones” mayhem, “House of the Dragon” follows the beginning of the end of House Targaryen, the events leading up to and covering the Targaryen war of succession, known as the “Dance of the Dragons”. Starring on the show are Paddy Considine, Matt Smith, Olivia Cooke, Emma D’Arcy, Milly Alcock, Rhys Ifans, Steve Toussaint, Eve Best, Emily Carey and Sonoya Mizuno.

In the first episode of “House of the Dragon”, viewers were introduced to the family of King Viserys Targaryen (Considine). It also saw the characters getting involved in a fiery and bloody drama regarding the succession as a new heir was named at the end of the episode.