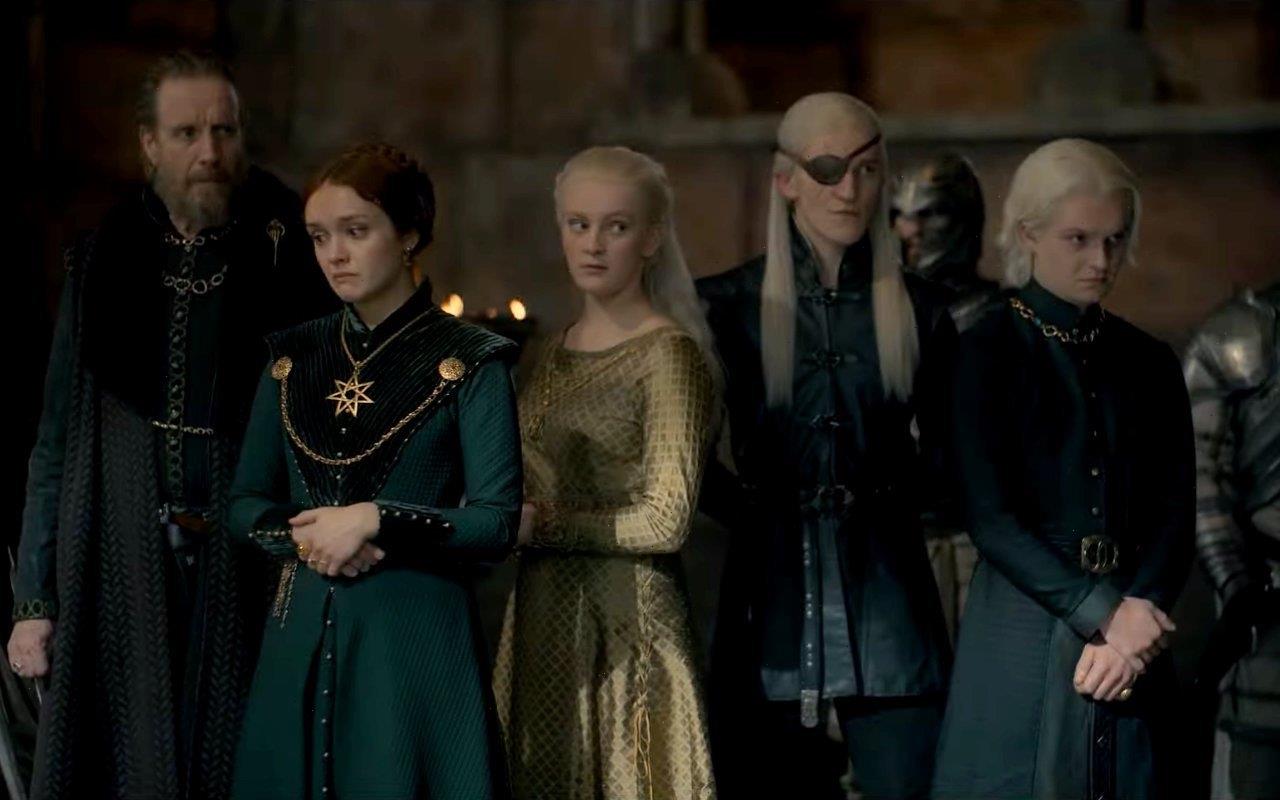 The upcoming episode is expected to feature the last major time jump before the full-blown civil war between the Greens and the Blacks which is known as the ‘Dance of the Dragons’ arrives.

AceShowbiz -Season 1 of “House of the Dragon” is nearing its finale. In the upcoming episode 8, the prequel series of HBO’s hit show “Game of Thrones” is expected to feature the last major time jump before viewers can witness the full-blown civil war between the Greens and the Blacks which is known as the “Dance of the Dragons”.

According to the preview for the episode, which is titled “The Lord of the Tides”, the episode will mainly center on House Velaryon. That is not surprising as the episode’s title is a reference to the title held by Corlys Velaryon, the ruler of the stronghold of Driftmark in Blackwater Bay.

The trailer opens with Otto Hightower announcing something as the Hand of the King. “As Hand, I speak with the King’s voice on this and all other matters,” he declares. Later, Rhaenyra Targaryen appears to hint at the Hightowers’ first attack as she says in voiceover, “Tomorrow, the Hightowers land their first blow.”

Meanwhile, Prince Daemon Targaryen notes, “The Sea Snake has taken a grave wound in battle in the Stepstones.” As Corlys questions, “Who will take the Driftwood throne?” Princess Rhaenys Targaryen can be seen sitting in the throne.

The tension continues with Rhaenyra hinting at being trapped. Concluding the trailer, Otto warns that the “threat of war looms.”

Reports also claim that episode 8 will introduce the final cast members, who will appear on the show for the rest of season 1 episodes. Tom Glynn-Carney and Phia Saban will join the cast as Alicent’s children, while Harry Collet and Elliot Grihault are set to portray the older versions of Rhaenyra’s bastard children with Harwin Strong.

Meanwhile in episode 7, the characters were mourning the death of Lady Laena, who died after ordering her dragon to burn her as her labor went south. The episode also saw King Viserys’ poor health starting to take a toll on his mind as well as his body.

Later in the episode, Prince Aemond found a sleeping dragon without a master when he ventured off to the beach. He was previously bullied for having no dragon as his dragon egg never hatched. The prince then tried to command and ride the dragon and he surprisingly succeeded.

The dragon, however, turned out to be Laena’s Vhagar. Both of Laena’s daughters were mad that he stole their mother’s dragon and it led to a fight between the cousins. At one point, Jacaerys pulled out a knife and stabbed Aemond right in the eye, leaving him forever scarred and partially blind.

King Viserys was angry for the guards who left the child unguarded, while Queen Alicent took it on Prince Aegon who was too pass-out drunk to keep an eye on his baby brother. When Viserys learned that the ugly fight started after Aemond questioned the parentage of his grandsons, he declared anyone that dared put his grandsons’ lineage into question from now on should have their tongue cut off. He also demanded the children to end to their petty beef and apologize to one another.

Alicent, however, didn’t think that sorry was enough. The enraged mom asked her husband to do something, but he refused. So, she decided to take the matters into her own hands. With a blade on her hand, she jumped at Lucerys and attempted to take out one of the boy’s eyes as payback. Rhaenyra was quick enough to place herself in front of her son and stopped the blade with her bare hand.

That aside, the episode showed Rhaenyra and her uncle Prince Daemon having an intimate sex scene. She also asked Daemon to marry her and give her children so no one could challenge her claim to the throne. As Rhaenyra is still married to Laenor Velaryon, Daemon tried to bribe Laenor’s secret lover Ser Qarl Correy to murder his own lover.

He sneaked into the Velaryon castle of Driftmark and swung his sword to Laenor. People then they found a dead body shoved into a lit fireplace. They thought it was Laenor but apparently, he and Qarl were on a boat, traveling beyond the Narrow Sea.