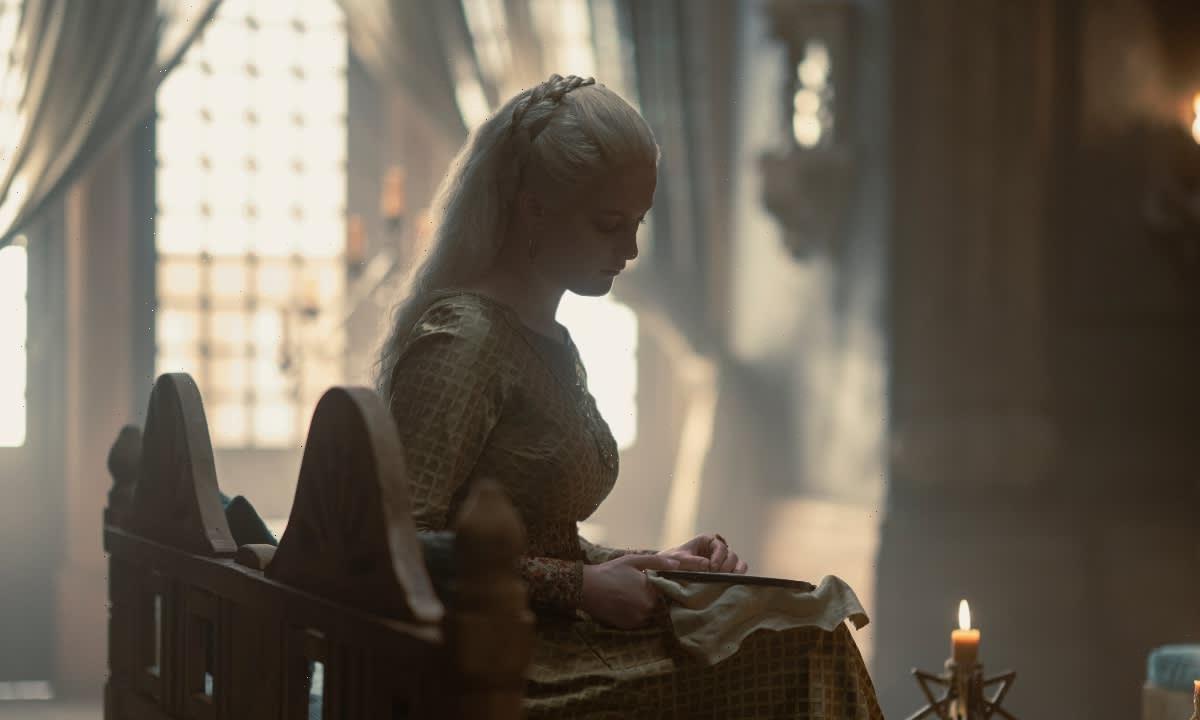 Warning, spoilers ahead! House of the Dragon episode nine saw the Seven Kingdoms begin to erupt into chaos following the death of King Viserys I, with Alicent Hightower seating her son, Aegon, on the Iron Throne instead of the true heir, Rhaenyra. This led to plenty of drama, including a Rhaenys interrupting the coronation on her dragon by bursting through the floor – but it seems like there was one character who already knew that this would happen: Helaena Targaryen.

MORE: House of the Dragon’s Milly Alcock is the ultimate lady in red at the Bulgari High Jewellery Gala

Throughout season one, Helaena has been presented as a shy young woman who shares an affinity with insects – and says many slightly odd things – which eagle-eyed House of the Dragon fans have pointed out are actually prophecies for events yet to come. So does she have visions?

In episode six, she appears to reveal that Aemond will lose an eye before being a dragon rider, telling her mother: “He’ll have to close an eye.” She also prophesies that Rhaenys will arrive on her dragon, saying: “There is a beast beneath the boards.” In another moment, she says: “Hand turns loom, spool of green, spool of black, dragons of flesh weaving dragons of thread.”

Helaena has visions in House of the Dragon

In George RR Martin’s Westeros world, some Targaryens are known to have visions, and are called ‘dragon dreamers’. This includes Aegon the Conqueror, who Viserys told Rhaenyra saw a vision of the return of the White Walkers, as well as Viserys himself, who dreamed of a king on the Iron Throne.

MORE: House of the Dragon viewers in tears over powerful scene as series loses major character

Although there is no mention of Helaena having visions in the novel, Fire and Blood, it appears that her character has been altered slightly for the show.