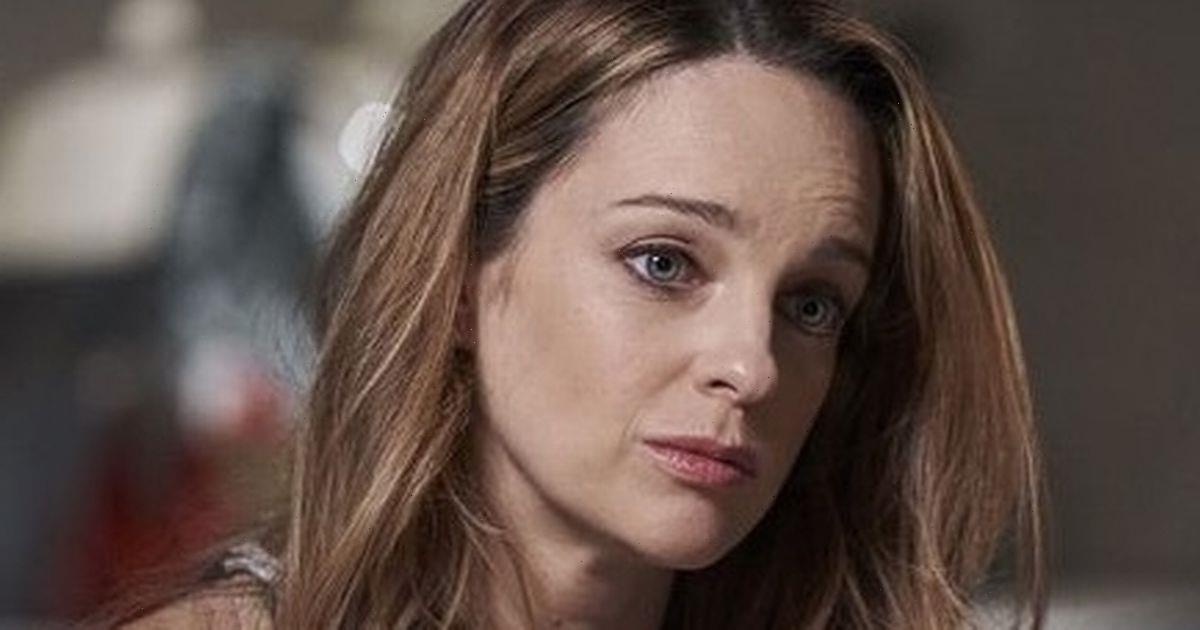 Home and Away's Tori Morgan (Penny McNamee) and Christian Greene (Ditch Davey) look set to be ripped apart after he was brutally targeted by Lewis in a killer plot.

Lewis has been plotting against Christian for weeks, blaming him for the death of his wife years before due to his medical decisions.

Lewis first tried to record Christian to get him to confess to being responsible for Anna's death, which Christian refused to do.

He then decided to kill him, hooking him up to a heart monitor and gives him a lethal injection, as Tori and Jasmine rushed to save him, managing to get his heart beating again.

Christian's near-death experience changes his outlook on life, as he wants to start living life to the fullest, whilst Tori is left terrified. She is left stunned when Christian declares he sees Lewis as a victim, and he feels sorry for him, before worrying her with his increasingly erratic behaviour.

As the pair prepare to spend the rest of their lives together, they look set to go down different paths as they cope with the aftermath of the attack together.

Teasing a rocky road for the pair, Ditch told Daily Star: "There is definitely more drama to come! I think the drama comes from the emotional and psychological flip that Christian has because he has been given a second chance at life.

"He wants to make the most of it, whereas Tori gets stuck in the fear of what had happened and the potential of losing him.

"He gets the idea of moving on quickly as he’s more philosophical about surviving that incident, whereas Tori finds it very hard to deal with and to resolve that.

"Christian wants to live life to the fullest and really live every moment and he becomes quite erratic in a sense which is not his normal, considered self. He’s trying to seize every moment!"

Ditch teased there could be heartbreak ahead as Tori starts to worry about his erratic behaviour before their wedding, but will the pair be able to work through it?

"Of course, Christian is in love with Tori and he wants the happily ever after, but life throws us some funny twists and turns for those two characters to work their way around."

Could Christian's near-miss end up ruining his future with Tori?

Penny previously teased that the pair might not have a happy ending as their wedding approaches, telling Daily Star that Tori could end up seeing a different side to her fiancé.

She said: "For Tori, I would love for her to get a happy ever after, however as an audience member you really to watch a couple when they're being pulled apart and you want them to get back together.

"It's good to watch conflict between people you really want to be in a relationship."

Penny added: "I read through the scripts and I'm like 'this guy is way too perfect, he is always sweeping her off her feet and always has the right answers and knows exactly what to say'.

"The fall is coming, it will all turn out to be a lie."

It's not looking good for the Summer Bay couple, but viewers are sure to be hoping to see them finally walk down the aisle.

Home and Away airs weekdays at 1.15pm on Channel 5.