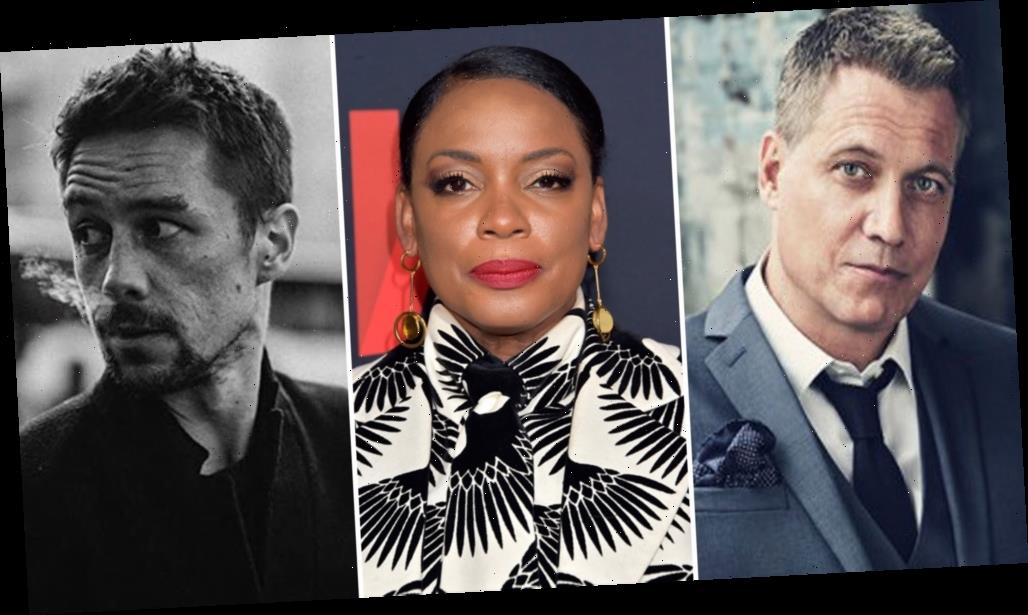 Holt McCallany (Mindhunter, Lights Out), Aunjanue Ellis (When They See Us, Lovecraft Country) and Killian Scott (Dublin Murders, Damnation) have been tapped as series regulars opposite Courtney B. Vance in AMC’s courtroom drama series 61st Street from BAFTA-winner Peter Moffat. Andrene Ward-Hammond (Your Honor, Manifest) will recur in the series, executive produced by Jordan and and produced by AMC Studios.

Ordered as a two-season television event with eight episodes per season, 61st Street is slated to begin production next month in Chicago for a 2022 premiere. It reunites Ellis and Vance who co-star together on HBO’s Lovecraft Country.

61st Street is a timely and relevant story that echoes projects such as Just Mercy, Clemency as well as When They See Us which earned Ellis an Emmy nomination. It follows Moses Johnson (Tosin Cole), a promising black high school athlete who is swept up into the infamously corrupt Chicago criminal justice system. Taken by the police as a supposed gang member, he finds himself in the eye of the storm as cops and prosecutors seek revenge for the death of an officer during a drug bust gone wrong.

McCallany will play Lieutenant Tardelli, a Chicago police lieutenant running a hard, dirty squad. He believes in keeping peace on the streets by force, no matter the cost.

Ellis will portray Martha Roberts, a candidate for alderman on the South Side who is very skilled at telling the voting public that her drive and ambition will be placed at their service. The wife of Franklin Roberts (Vance) and a former stay-at-home mom to their autistic son, David, Martha is torn between her burgeoning career in politics and the needs of her family.

Scott will play Rocco Andretti, a legacy Chicago police officer. When a murder occurs on the streets during a drug bust gone wrong, he’s forced to question his commitment to the department while examining his own morality.

Vance plays Franklin Roberts, a public defender in the twilight of his career who serves the busiest courthouse in America. After promising his wife he’d retire to spend more time with their 17-year-old autistic son, Franklin realizes Moses Johnson is the case of a lifetime — one that can upend the entire Chicago judicial system, challenging the institutional racism and endemic corruption at its heart.

Bentley Green co-stars as Moses’ younger brother Joshua. Ward-Hammond is recurring as Norma Johnson, a cleaning lady at the local courthouse and a dedicated mother to her two sons, Moses (Cole) and Joshua (Green). Her world is rocked when Moses, a promising high school athlete, is swept up into the infamously corrupt Chicago criminal justice system.

Lights Out alum McCallany most recently starred as Bill Tench in David Fincher’s Netflix series Mindhunter for Netflix. Next up for him are the features Nightmare Alley from Guillermo del Toro and The Ice Road by Jonathan Hensleigh. He is repped by Buchwald, Atlas Artists, and attorney Rick Genow.

Ellis, who co-stars as Hippolyta Freeman on Lovecraft Country, plays Brandi Williams in the upcoming feature King Richard. She is repped by UTA, TMT Entertainment Group and Kraditor & Haber.