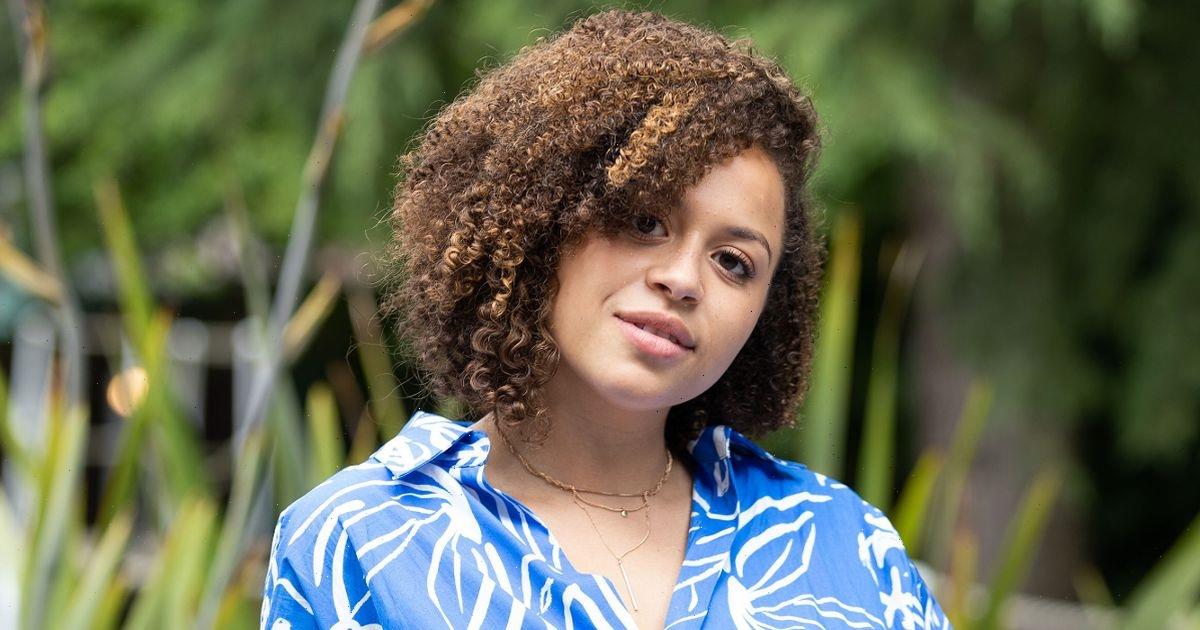 Hollyoaks newcomer Emily Burnett has definitely made her mark on the village since joining the show as Olivia Bradshaw last year.

In upcoming scenes, Olivia is fed up with always being outshined by Nancy Osborne (Jessica Fox) so she gets an idea,.

Later, Sally St.Claire (Annie Wallace) confronts Nancy after finding a note in the ask it basket, accusing her of meddling in the sex education programme.

Nancy knows exactly who’s behind the note, but has it got anything to do with Olivia?

Fans will have to wait to see if the pair will ever become friends.

Away from the cameras, Emily leads a less dramatic lifestyle.

The TV star shot to fame over a decade ago and has remained on our screens ever since.

As Olivia is set to take centre stage in upcoming Hollyoaks scenes, Daily Star has taken a sneak peek into Emily's life.

Emily appeared in an episode of CBBC show The Sparicle Mystery back in 2011.

The series follows a group of 10 children within modern Britain, where an experiment at a Large Hadron Collider-like facility, the Sparticle Project, goes wrong, sending anybody aged 15 and over into a parallel dimension at exactly 11:11 am.

She made her professional stage debut in a production of Love is the Revolution at the Soho Theatre.

A year later, she starred in a production titled Beacons.

In 2017, Burnett was cast in the CBBC series The Dumping Ground as Charlie Morris. She stayed in the series until 2019.

The actress was awarded the BAFTA Children's Award for for her role as Charlie.

She then starred in the S4C series Merched Parchus as Cai in 2019.

A year later, Burnett was cast as Jas Salford in the CBBC series So Awkward.

Later in 2020, she appeared in an episode of the BBC soap opera Doctors as Zadie Stiller.

In 2021, Burnett was cast in the Channel 4 soap opera Hollyoaks as Olivia.

While keeping busy with her acting career, Emily is also a budding artist who specialises in portraiture.

The TV personality admitted she loved both crafts equally.

"I run my art business alongside my acting," Emily wrote on her website.

"People ask me which I prefer… and there is no answer. They both work completely in harmony with each other.

"I love the collaboration that acting and writing brings, whilst I love the solitary quiet of my art studio.

"I love what I do, and I hope you can see that within my work."

Emily recently gave a rare glimpse into her private life.

She took to Instagram to reveal that she's engaged to boyfriend Harry Lee.

The actress told fans that Harry woke her up at the crack of dawn late last year to drive to their "favourite beach in Wales" where he delivered a very wet proposal.

Emily shared photos after the proposal where she looked ecstatic and showed off her sparkler.

"@harry_lloyd woke me up at 5.45am bundled me into a car and drove me to our favourite beach in Wales… at the top of our point in the wind and the rain my best friend asked me to marry him.

"Windswept and very wet I think my answer was something along the lines of 'obviously yes- absolutely' … My cheeks hurt, and my eyes are sore and yesterday really was the best day ever. Harry Thomas I love you more than I could ever put into words."

She added: "After 17 years of friendship and six years together, I still can't believe my luck. Thank you for everything… and I can't wait to be your wife.

"You never know where life is going to go next, so hold the folks you love close if you can. Thank you to all the people who have cried and laughed with us over the last two days. WE'RE ENGAGED!!!"

Emily is active on social media and often shares glam snaps with her 25,000 followers.

In one snap. the actress oozes glamour as she poses for the camera wearing a skimpy vest top.

Another photograph shows the actress enjoying a cocktail while enjoying a break from filming.

She captioned the sweet post, "Reunited. And I just couldn't squeeze them enough. Big Love Always."

One fan commented underneath the post: "They are lovely photos."

Another added: "Omg unexpected trio but love the cbbc gang"

While a fourth social media said: "Aw you guys it's great to have the so awkward gang back together.'

Hollyoaks airs weekdays on Channel 4 at 6.30pm followed by first-look episodes on E4 at 7pm