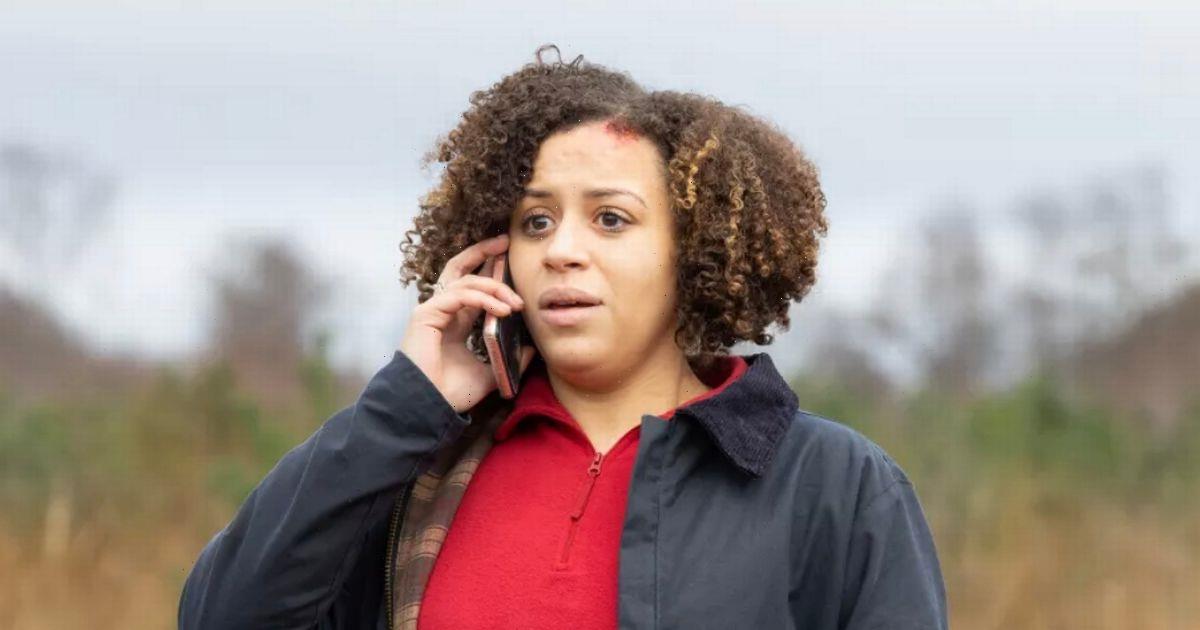 The actress plays Olivia Bradshaw on the Channel 4 soap, who made a nail-biting escape from serial killer Silas Blissett (Jeff Rawle) after being held hostage by him earlier this year.

As fans wait to see what will become of Olivia after her involvement, Daily Star takes a look inside Emily's most glamorous snaps.

Emily stunned fans earlier this month when she walked the BAFTA Cymru Awards red carpet in a stunning black gown.

The 25 year-old-star looked chic in the dress designed by Australian fashion house Keepsake The Label and proving herself committed to the cause of sustainably, opted to rent the dress from fashion rental platform Hurr.

Emily presented an award at the event which she attended with her fiancé Harry Lloyd.

She wore her hair in a pinned back style, accessorising her gown with gold jewellery and black peep-toe heels.

Emily sent fans wild back in June when she shared a sizzling bikini snap to her Instagram while holidaying in France.

The actress, who boast almost 26k followers on the social media platform, flaunted her toned physique in a bandeau black bikini set as she posed for a barefoot photo.

Praising the glam snap, one fan replied: "what a beauty," while another added: "A vision."

Meanwhile, Emily captioned the post: "bBrb… my big hair and Bajan thighs may be moving to France."

Emily has been going strong with her partner Harry Lloyd for six years and last December, he officially popped the question.

Harry surprised Emily with an engagement ring while the pair were walking on their favourite Welsh beach.

Their wedding is due to take place next year, with Emily sharing a touching birthday tribute to Harry earlier this month.

She wrote: "I think you are simply the best human. I love you so much and I really cannot wait to be you wife. This next year might just be one of the best."

Hollyoaks fans will recognise Emily for her signature short curls but in October 2020, the soap star rocked a much longer hair style.

Emily opted for a lengthy braided style and shared the gorgeous results to her Instagram page, where followers quickly complimented her bold new look.

Another commented: "You look different and nice."

Emily and her fiancé Harry have a close relationship and the pair posed for a seemingly topless snap while holidaying earlier this year.

Back in June, the adorable couple snuggled up for a spot of sunbathing and Emily cheekily captioned the snap: "My favourite place."

Sharing his love for Emily in his own proposal post earlier this year, Harry wrote: "I highly recommend proposing to your best friend.

"Simply the best thing I'll ever get to do. Making her cheeks hurt and her eyes leak in the wind and rain before the sun has risen was so much fun!"

Hollyoaks streams first on All 4, with new episodes dropping each weekday morning. The show airs Mondays to Fridays at 6.30pm on Channel 4, and at 7pm on E4

For more of the latest showbiz news from Daily Star, make sure you sign up for one of our newsletters here.