The actress – who has played Myra McQueen in the Channel 4 soap since 2006 – bowed out of the role in tonight's E4 episode after Myra realised she had to leave so her ex Sally St. Claire. In emotional scenes tonight Myra left the village after stopping Sally from leaving instead.

Confirming her exit from the show, Nicole Barber Lane said: "I loved working at Hollyoaks, I miss everybody.

"It just feels like home, but I feel like I need to do something different for me. I’m so proud of the show and I love it to bits."

She added: "My favourite storyline this time around was Myra meeting Sally and that relationship developing in to what it became. 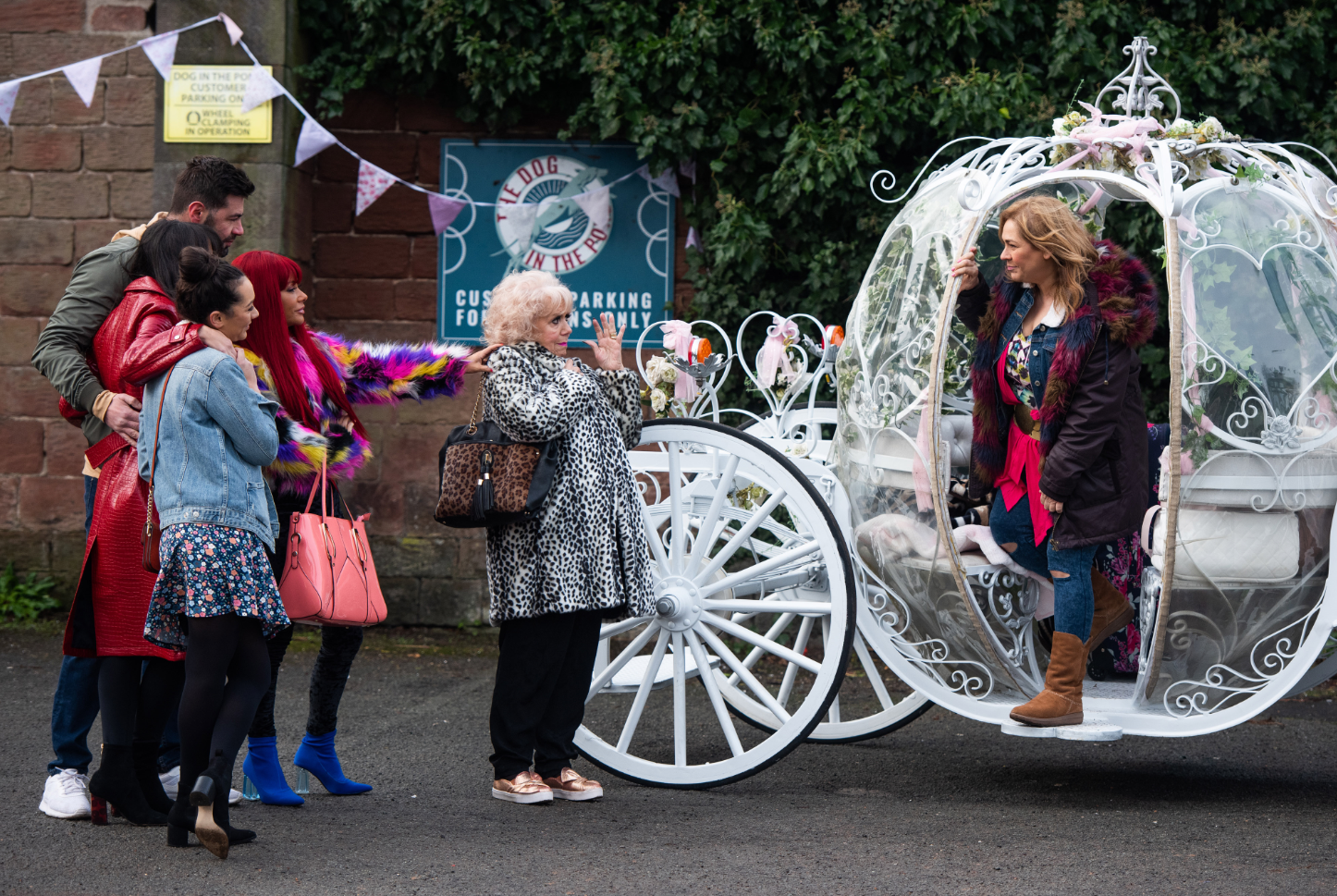 "Also, the little partnership that I had with Lysette Anthony (Marnie Nightingale) that was precious, I love it all."

In the show Myra has gone to live with two of her surviving children, Jacqui and Michaela in Alicante and stop them from going off the rails.

Viewers know she is really leaving because she wrecked her relationship with Sally and her family need Sally more than her.

She packed her bags and took off with youngest daughter Carmina, despite Mercedes begging her to stay.

Cleo, Goldie, Mercedes, Sylver and Nana all gathered to say an emotional goodbye to Myra.

She told them that she loves them all very much and gave one final look at Sally in the background, before jumping into her pumpkin shaped carriage and waving goodbye to Hollyoaks village for good.

Fans were devastated at the scenes and took to Twiter to share their upset.