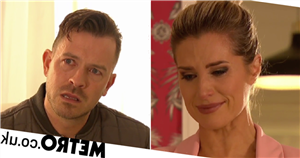 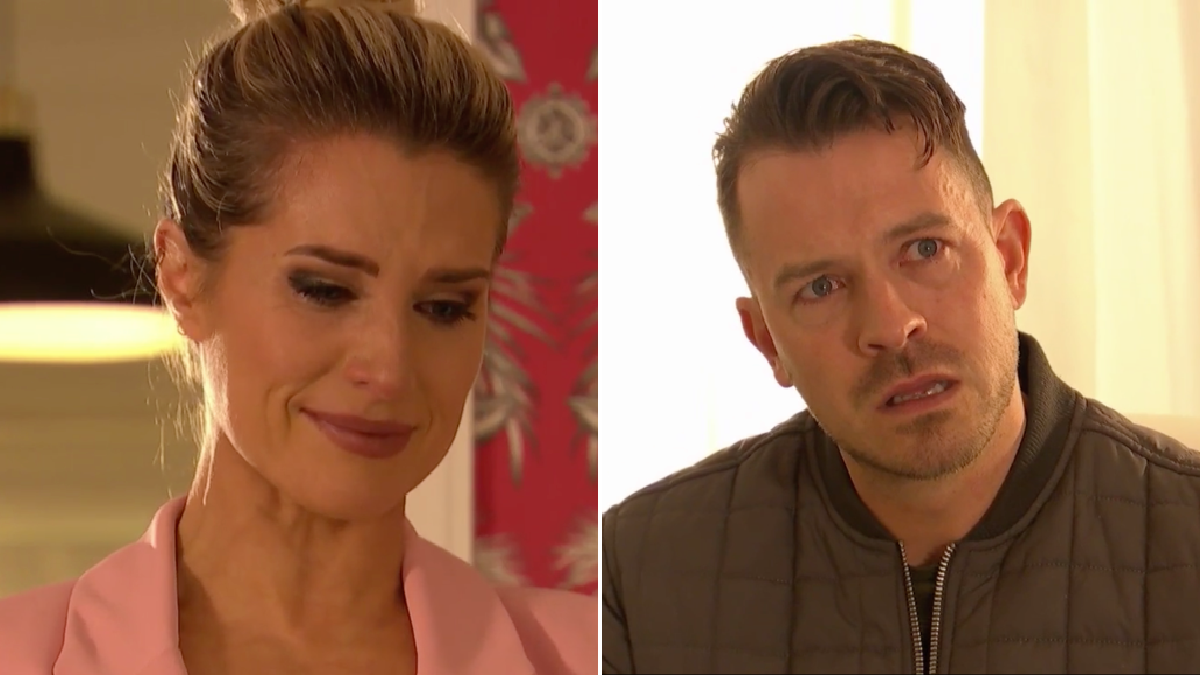 Hollyoaks’ Mandy Richardson (Sarah Jayne Dunn) made the ultimate sacrifice tonight (June 9), as she let Darren Osborne (Ashley Taylor Dawson) go so that he could be with Nancy (Jessica Fox).

Yes, unwilling to stand in the path of true love, the mainstay of the Channel 4 soap stepped aside so that soulmates Darren and Nancy could reunite.

She has evidently come a long way, has Mandy!

Tonight’s instalment of the serial drama saw the legend return home with Darren in tow.

Excited at the prospect of having her husband back under her roof, Mandy reminded Darren all about how he was planning to meet her at The Loft prior to the incident, and intimated that it was because he wanted to reunite with her.

Darren, however, wasn’t so sure, but he struggled to retrieve his memories from the day he was left for dead. He played along with Mandy’s charade at first, but soon he made an excuse and headed out into the village, where he set his sights on Nancy.

Nancy was understandably cold, what with her having recently discovered that Darren had sex with Mandy.

In fact, she made it pretty clear that, in spite of their chemistry, there is no hope of them ever getting back together.

Darren, however, wasn’t sold on a future with Mandy, and a conversation with Jack (Jimmy McKenna) made him realise that Nancy is the woman he’s meant to be with.

Mandy, meanwhile, came to a similar conclusion, after a discussion with both Brooke Hathaway (Tylan Grant) and Nancy, and she knew instantly what she must do.

In heartbreaking scenes, she returned home and told Darren that in spite of what she wants, she’s putting an end to their relationship.

Darren, having intended on doing the same, was evidently left speechless, but before long he admitted that he can in fact picture a future with Nancy.

And with that, Mandy broke down in tears, telling him to go and fight for the woman he loves.

Will Darren be able to win back the love of his life? That remains to be seen.