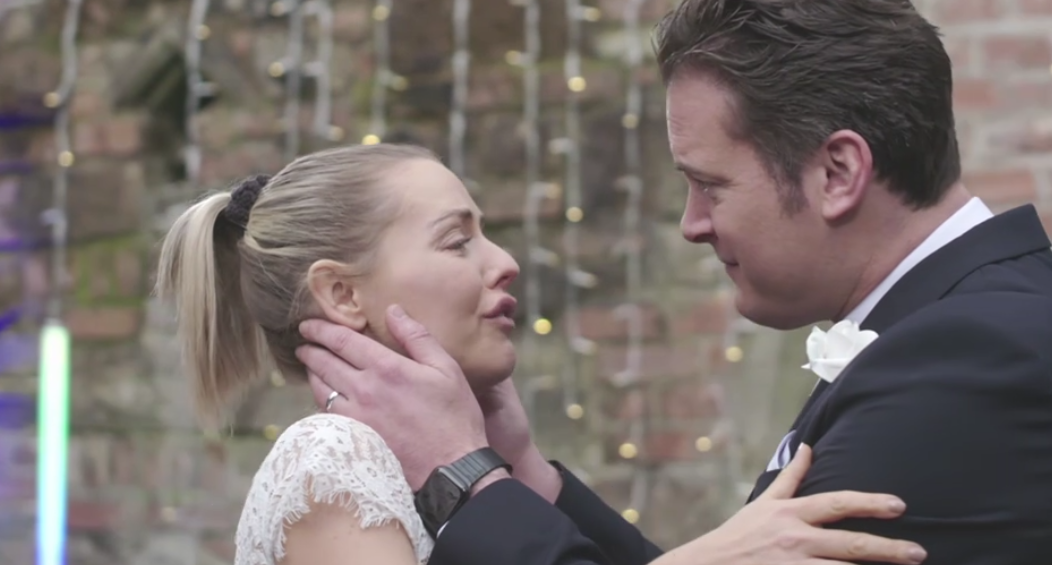 Hollyoaks has no right reducing us to sobbing messes but that’s exactly what it did tonight as a grieving Cindy Cunningham (Stephanie Waring) got to have her wedding dance with her lost husband Luke Morgan (Gary Lucy).

Returning home, Cindy was faced with memories of Luke, and preparations for the wedding that didn’t happen.

Tom (Ellis Hollins) and Ollie (Gabriel Clark) worried for her state of mind as she worked on the burger stand wearing her wedding dress.

They feared that she had stopped taking her bipolar medication but Tom reasoned that they had to just allow Cindy to process this grief in her own way and time.

Later, Mercedes McQueen (Jennifer Metcalfe) found Cindy breaking down in the shop and they went for a walk.

Nobody knows grief quite like Mercedes and she listened as Cindy told her that she never even got to enjoy being married to Luke even for a day.

Mercedes gave her a pep talk and explained that grief becomes less raw as time goes by – and she knows that Cindy is tougher than she looks.

Ollie then messaged Cindy, having had a lovely idea. Instructing her to wear her wedding dress, Ollie met her and he had decorated for a wedding ceremony.

Ollie revealed to an emotional Cindy that he had learned to do the wedding dance with a nervous look.

Telling her he wanted to share what he had learnt, Ollie gave her the dance that she had lost and Cindy was taken into Luke’s world one more time.

Gary returned for some final scenes as they danced and declared their undying love for one another.

It seems to have allowed Cindy to take a step forward and start the slow healing process.

But honestly, for us, it has left us a bit broken.