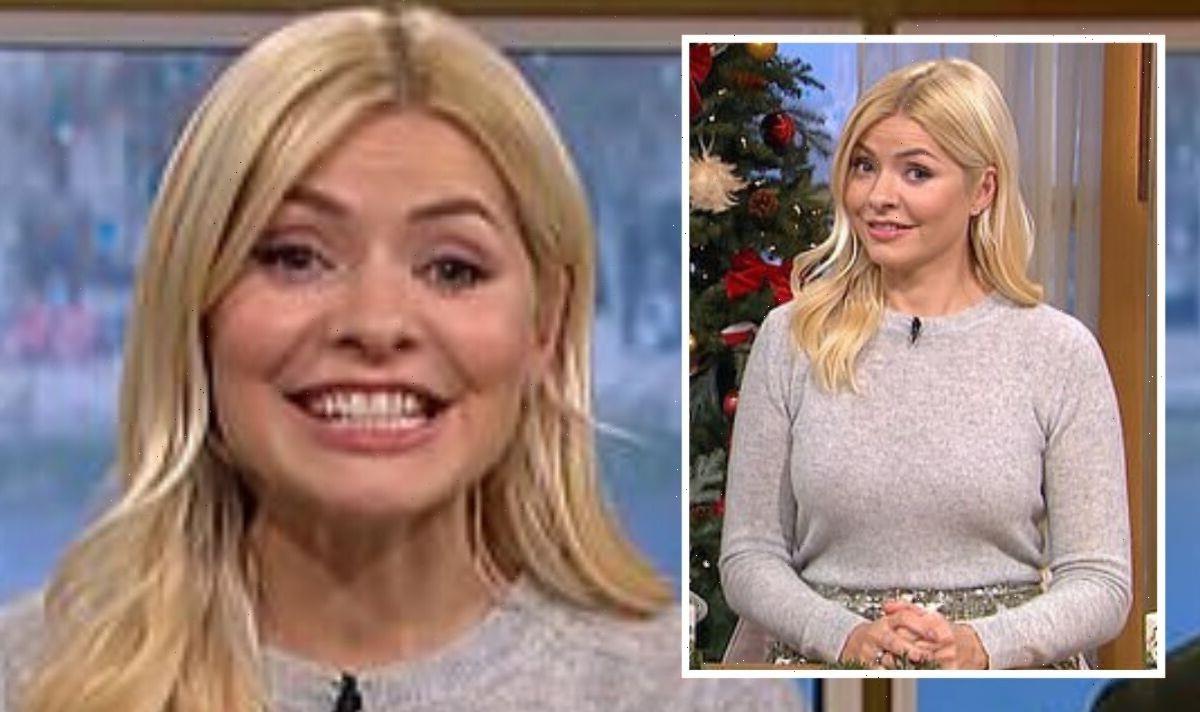 This Morning presenters Holly Willoughby and Phillip Schofield opened the ITV chatshow on Wednesday morning admitting they were both a little fragile from the Christmas party the night before. Their guests Julian Cary and Nigel Havers called them out during their interview which left the duo speechless.

As the show kicked off, Holly began: “Hello, good morning and welcome to your Wednesday This Morning.”

Phillip added: “Another festive packed show for you today, and actually we are feeling alright!”

“Not all members of the team are feeling alright this morning, let me tell you,” Holly admitted before Phillip added: “I don’t know whether we should name names.”

However, Holly was quick to out the members of the team and quipped: “Ellie…” leaving Phillip to reveal: “Who ended up on Alice Beer’s utility room floor with Emma, our deputy editor.”

Proud of their team, Holly joked: “The flag was well and truly flown at the Christmas party yesterday!”

Phillip touched on the details of the party and said: “I mean, the team have worked incredibly hard and they did deserve a little bit of a break.

“But it was our annual This Morning Christmas lunch yesterday and we went to the Fox and the Pheasant, which is actually James Blunt’s pub, which is amazing.

“The food was incredible, thank you James, and he then gatecrashed the party, along with Chris Evans. It was a little bit later that the wheels came off.”

Later when the pair spoke to Julian and Nigel, they were teased about their late-night antics.

After being introduced by the pair, Julian was quick to tease: “We can tell you are trying to read the autocue in a sensible manner, but really they are on the lash aren’t they?”

Trying to play it off, Holly expressed: “We’re really not!”

However, Julian continued to push: “We can’t see you but we can tell, just from their voices!”

Nigel jumped onto the joke and teased: “You can, they’re sort of throaty, been up very late drinking sort of voice.”

Julian asked: “Did you wake up in a skip, Holly?”

Laughing at their judgement, Holly exclaimed: “Not today, I mean some days yes, today I am actually an angel!”

Holly and Phil are known for turning up to work with a hangover, usually after the NTAs.

Their most iconic moment was back in 2016, where they turned up for work in the same clothes they wore the night before at the awards.

Nursing their sore heads, Holly said: “Should we be honest? I haven’t been home yet. We came straight here.

“I’m covering up mint sauce on my dress. This is a lovely dress, but can you see the yellow stains? It’s mustard and piccalilli before you jump to any conclusions.”

Phillip was left giggling next to her before adding: “We’re in a mess. We can only apologise. We celebrated on behalf of each and every one of you. Neither of us should be on television.”