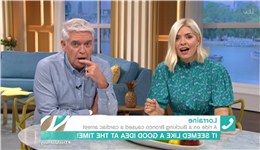 HOLLY Willoughby and Phillip Schofield were left horrified today after a This Morning caller revealed she DIED on a Bucking Bronco.

The TV favourites were speaking to viewers about decisions that "seemed like a good idea at the time" but regretted later following an interview with drunken pals who'd suffered horror injuries after breaking into a water park at 2am. 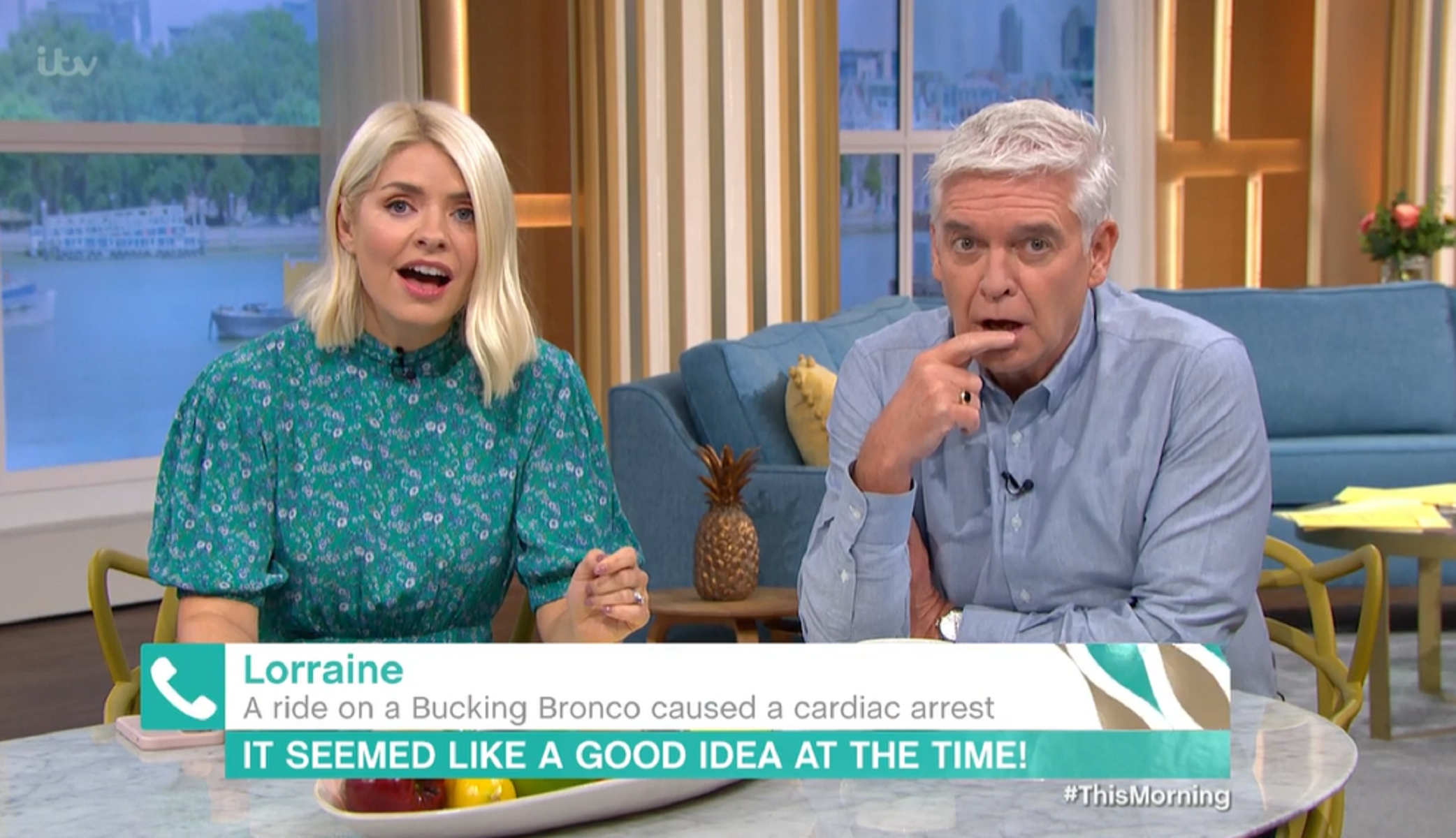 But Lorraine had a story that left the hosts speechless – and very nearly took her life.

She recalled attending a party at a local farm around three years ago, and "after a few glasses of wine" decided to have a go on the hired Bucking Bronco.

This is a game that sees competitors take to a mechanical bull and try to stay on longer than their rivals as it moves and thrusts about.

Lorraine shared: "I was rocking it for 40+ seconds, all the other girls were asking how I was doing it as they got thrown off after 15-20 seconds.

"Basically, I ended up having a cardiac arrest on there."

Phil, Holly, and agony aunt Vanessa Feltz's jaws dropped in disbelief, as the caller went on: "I fell of it, stood up, collapsed – thank goodness there were two nurses there who literally saved my life.

"They pulled me off it, did CPR – I broke a number of ribs. My partner thought I'd passed out drunk but I'd literally died."

Unable to get over what he was hearing, Phil exclaimed: "You had a cardiac arrest on a Bucking Bronco??"

The stars went on to share their relief that the nurses were there, with Lorraine adding: "They saved my life – I have no brain damage, nothing, I'm here to tell the story – thank goodness!"

Earlier in the show, boozy grandma Claire Vickers, 46, and her pal Barry Douglas, 44, revealed how their lives had changed after they shattered their legs on a water slide after they sneaked into the park at 2am while drunk.

The pair horrified fans at home when they suggested they were taking "legal action" as they blamed the Lido's lack of security when closed for their horror accident.