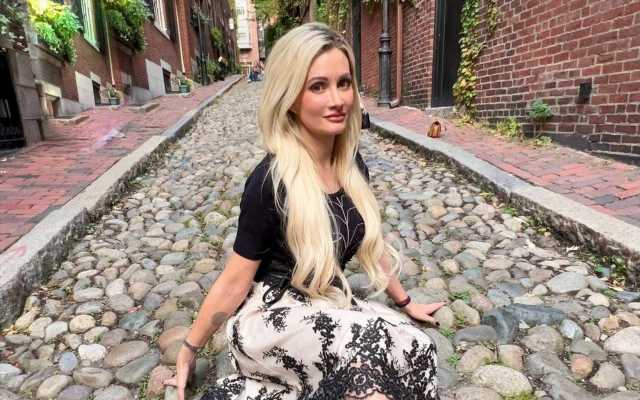 The former Playboy Bunny appears in a teaser for upcoming documentary ‘The Playboy Murders’ which is expected to reveal seedy incidents at Hugh Hefner’s mansion.

AceShowbiz –Holly Madison says Playboy Bunnies were “real people.” Previously working in the Playboy Mansion in Los Angeles and famously dating late owner Hugh Heffner, the 42-year-old reality star is set to appear in a new documentary detailing “horrible things” that happened in the magazine owner’s seedy home over the years, including the 2009 murder of Jasmine Fiore.

“There was something about the Playboy brand that had a little bit more of a mystique to it. These horrible things could really happen to anyone. These were real people with real families. When you pose nude, a lot of people think it grants some sort of ownership to you,” she said in a trailer for the upcoming documentary “The Playboy Murders“.

The firmer “Holly’s World” star first spoke out about her time as a Playboy Bunny and her relationship with the late businessman – who died at the age of 91 in 2017 – in her 2015 memoir “Down the Rabbit Hole: Curious Adventures and Cautionary Tales of a Former Playboy Bunny” and last year admitted that being in the mansion was like being part of a “cult.”

She said, “It’s a very cult-like atmosphere anyway and you’re manipulated to feel that way, but on top of it, my own shame kept me there too. I just couldn’t really imagine a life outside of there. Imagine having sex with somebody in a room full of women who all hate you and you know they’re all talking s*** about you. Like, how horrible? It was gross.”

“The Playboy Murders” will stream on Discovery+ from January 23.