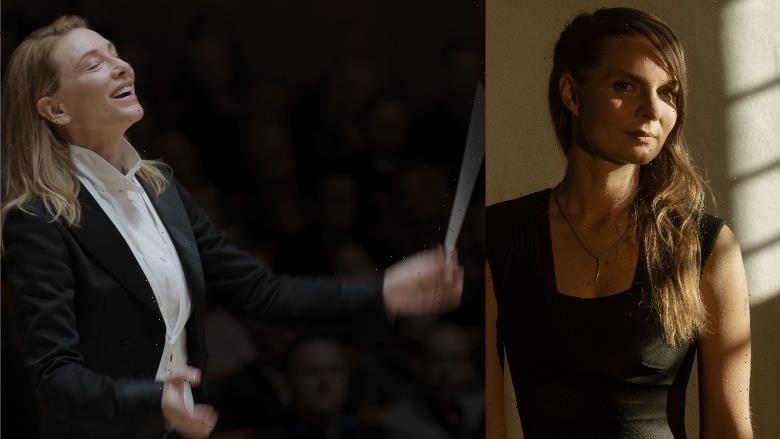 It’s a banner year for Oscar-winning Icelandic composer Hildur Guðnadóttir (“Joker”), who could make history as the first woman to be nominated twice in the same season for Best Picture contenders “TÁR” (Focus Features) and “Woman Talking” (UA). Both films focus on difficult subjects like power, abuse, and identity, and take the composer in varied musical directions. Her lyrical, guitar-driven score for “Women Talking” serves its purpose well in channeling a sense of hope for the traumatized Mennonite women at the center of Sarah Polley’s film, while her meta score for Todd Field’s psychological drama about the world of classical music represents Guðnadóttir’s most personal work to date.

In “TÁR,” renowned conductor Lydia Tàr (Cate Blanchett) is forced to confront her personal demons (including accusations of sexual abuse) while rehearsing Gustav Mahler’s monumental Symphony No. 5 and Edward Elgar’s under-appreciated Cello Concerto in E Minor with the Berlin Philharmonic. As Grammy-winning cellist Yo-Yo Ma told IndieWire, the movie “demands that we wrestle with two of art’s most difficult questions: What gives art its power, and what role does power play in art?”

“Todd Field had a really lovely analogy for the music in ‘TÁR’: ‘If the film was a car, the music is the engine,’” Guðnadóttir told IndieWire. “I was the second person to join the project after Cate, so my dialogue with [her and Field] started in the very early stages of the production. What I did was threefold: Firstly, since the film is all about the process of making and rehearsing music, I worked closely with both Todd and Cate to set the tone for the musical landscape and inner tempos of the main characters.” This included writing a piece that informed how quickly Lydia walks, set at a brisk 120 beats per minute; it and other Guðnadóttir compositions were piped into earpieces worn by Blanchett and Field during shooting.

“The audience never actually hears this in the film, but Cate hears it while she is acting, so it informs her character and we feel it through her demeanor,” Guðnadóttir said. “Much in the same way that as an artist in a writing process, what you are working on tends to color how you go about your day. As a musician, you will hear it on repeat in your head. And I really wanted to get that through, in a subtle and real way.”

Guðnadóttir also wrote the composition that Lydia works on throughout the film, “For Petra,” named the protagonist’s adopted Syrian daughter (Mila Bogojevic). It’s more of a neo-classical work in the vein of Charles Ives, and it forms the centerpiece of the newly released soundtrack album “TÁR (MUSIC FROM AND INSPIRED BY THE MOTION PICTURE).” “Since this film is about the process of writing music, we actually never hear a finished version of the music in the film itself,” Guðnadóttir said. “But in this parallel universe, that is our reality.”

“TÁR” reveals that Lydia’s true passion is composing, sprung from a modest ethnographic study performed in the Amazon (a “field recording” from which acts as the soundtrack’s coda) before her conducting career took off and overshadowed everything else. Guðnadóttir found this relatable. “I thought this was the point of her creative misalignment that is the root cause of a lot of her frustration and the way she ends up treating people,” she said. “Because what she wants to be writing lives more in the world of experimental music, which is much more open, but where she ends up going as a great conductor is attaining more power than what she wants. We feel there’s a certain amount of exploration that’s her driving force from the beginning that doesn’t really translate until almost what she’s doing on the podium.”

The third part of Guðnadóttir’s “TÁR” journey was composing the score, which very much lives in her electro-acoustic realm, highlighted by cello and processed vocals. Given that it represents Lydia’s jumbled state of mind — a blurring of memories, dreams, and imagination — the score was mixed low and works almost subliminally. “Since the day-to-day reality of the characters takes part during orchestra rehearsals, it was clear that the score needed to be of a different world,” Guðnadóttir said. “There are lots of elements in the film that are slightly odd and otherworldly. You get a slight feeling of unease, without being able to put your finger on exactly what it is.

“TÁR” meets the criteria to compete in this year’s Best Original Score race, but how the Academy’s music branch responds to the subtlety of Guðnadóttir’s compositions remains to be seen. “The score functions in a way that you barely notice that it is there,” she said. “You will probably walk out of the film thinking there was no score, but in reality there is score under much of the film and it is likely one of the main elements of giving you the sense that something is not as it seems. It sits there like an invisible layer — like a ghost in the room, that you can’t see, but you can sense.”

One example occurs when Lydia chases someone or something into a house over Guðnadóttir singing the melody to “For Petra.” “We found this approach important because Lydia is the kind of person that experiences sounds very strongly,” Guðnadóttir said. “So when she’s writing, for example, she’s not always sure that what she’s hearing is a sound coming internally or externally. And what was so interesting for me is that it’s so musical how that happens.”