Every year, movie-preview pieces herald the holidays’ arrival; in 2020, the headlines are a little different. As USA Today proclaimed, “10 Must-See Movies to Stream Over the Holiday Season.” They include “Soul” (Disney+), “Mank” and “Ma Rainey’s Black Bottom” (Netflix) “Let Them All Talk” (HBO Max), and “Small Axe” (Amazon Prime) — major awards contenders, many of which would have have been theatrical releases. However, they all belong to streamers, not VOD.

Meanwhile, on Friday Vertical Entertainment dropped an action film, “The Informer,” which stars Joel Kinnaman as an ex-con who returns to prison undercover to expose a Polish drug cartel. Shot in 2017 and released in most of the world in 2019, this title from the director of “Escobar: Paradise Lost” is unlikely to show up on anyone’s awards-season list. However, even at $19.99 to rent, it topped two major VOD charts this weekend.

“The Informer” has a strong ensemble cast that includes Rosamund Pike, Common, Clive Owen, and Ana de Armas and also saw limited theatrical play in the U.S. this weekend. It clicked, not only taking top position at the revenue-ranking FandangoNow, but also at the transaction-based Apple TV. That’s very strong, suggesting elements, including artwork and trailer, that caught the attention of movie fans looking for fresh titles. After a few weeks of Halloween-related horror, it looks like it found the right date.

Two other new titles made multiple charts. The $5.99 “The Dark and the Wicked,” a post-Halloween horror release , played multiple virtual festivals, including a slot at the canceled Tribeca. Another $5.99 titles, English-language Norwegian film “Mortal,” also placed on two charts.

The other debut entry is “Battle of the Bulge: Winter War,” a World War II actioner with Billy Zane and Tom Berenger. This sequel to director-star Steven Luke’s 2018 “Wunderland” was a COVID production, shot in Pierre, N.D. this summer. Marketing and timing again clicks with hungry male audiences. It showed up on Apple TV, often the vanguard for other lists in upcoming weeks. 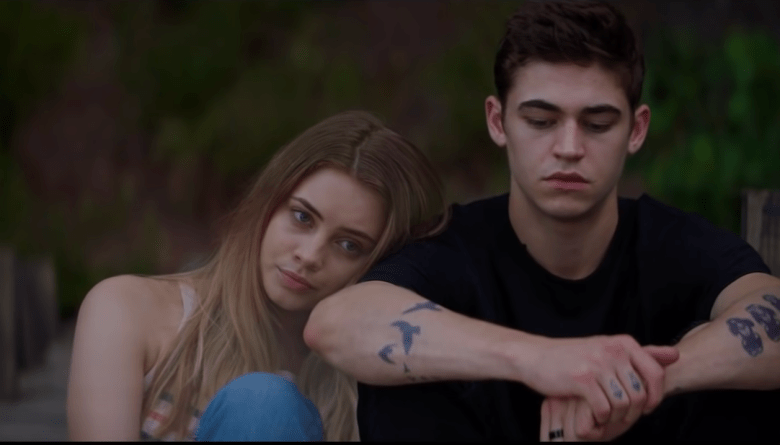 The other two films leading lists were multi-week success “After We Collided,” still ahead at Google Play, and in the top six on other three charts. The PVOD “The Craft: Legacy” is tops at Spectrum after an overall good showing in recent weeks, and still placing on two other charts.

Also on four charts were the long-running “Antebellum” (Lionsgate), now at standard price after initial PVOD, and the still-premium “Love and Monsters.”

Of note also is the second week of “Spell” at $9.99 and ranks as high as #2 on its three charts. Halloween lingers for some, and its holdover interest suggests its hoodoo horror found an audience.

Netflix took on a retro look this week. “The Impossible” with Naomi Watts from 2012 popped up at #1. “Operation Christmas Drop” at #2 is the top original. Romcom “Midnight at the Magnolia” is only other original debut. For those who have gone too long without seeing “Paul Blart Mall Cop,” they’ve got that, too.

Ranked by number of transactions, with position as of Monday, November 9

Ranked by revenue accrued not transactions, for November 3 – 9

Ranked by transactions between October 30 – November 6; all priced $6.99 except where noted

5. After We Collided (Briarcliffe)

Ranked by number of transactions, with the daily position as of Monday, November 9

Most-viewed, current ranking as of Monday, November 9; originals include both Netflix produced and  acquired titles

7. Midnight at the Magnolia (2020 Netflix original)

Sign Up: Stay on top of the latest breaking film and TV news! Sign up for our Email Newsletters here.