“There’s an arc to this obviously,” explains Venom: Let There Be Carnage filmmaker Andy Serkis about connecting Sony’s Spider-Man villain to the greater Marvel Cinematic Universe.

“Take us a way down the line, but this leaves room for other explorations in the Venom-verse,” teases Serkis about the future of Sony’s franchise, “There are other interesting characters that Venom can come against before he comes up against Spider-Man.”

Listen to our intriguing conversation with Serkis below on how he took the reins of Venom, and raised the stakes after being tapped by the pic’s leading man, story by scribe and producer Tom Hardy: 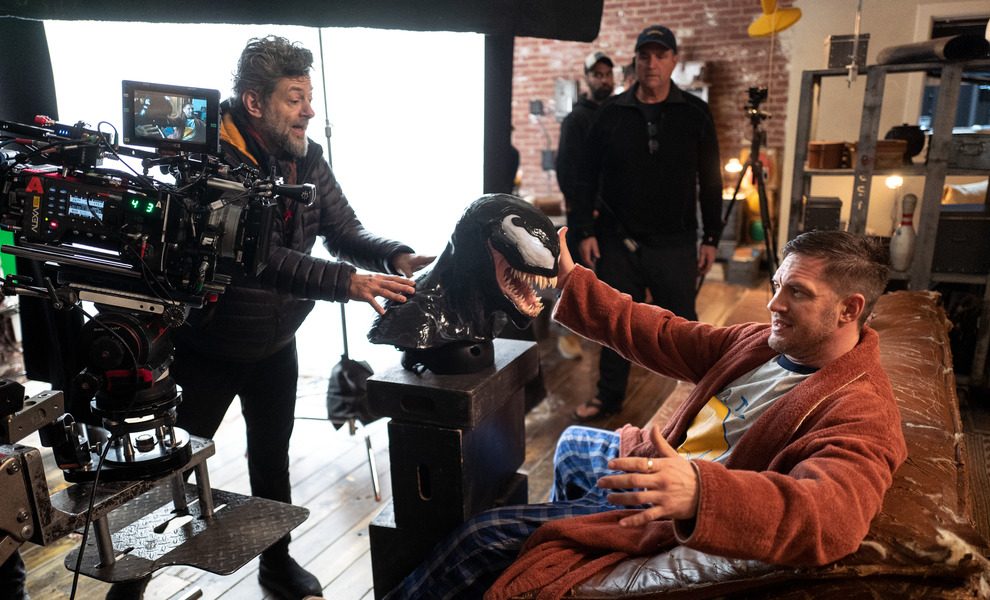 Key for Serkis and Hardy going into the sequel was that “tone was the biggest challenge,” says Serkis — that is balancing the grave horror of Venom with the hysterical bombastic side of the character. Let’s just say in part 2 here, the anti-hero in black, parties down. In essence, Venom is about the battle between the superego and the ID.

In addition to talking about the continuation of Venom, Dominic talks with Serkis about one of his favorite films: 2010’s Sex & Drugs & Rock & Roll in which Serkis plays, non-mo-cap, Ian Dury, who after being stricken with polio at a young age, defied expectations and became one of the pioneers in Britain’s 1970s punk rock scene.

Venom: Let There Be Carnage starts previews tonight in theaters at 4PM. Critics are already aboard the sequel at 76% fresh on Rotten Tomatoes, besting the first film’s 30% Rotten rating. Industry estimates believe Venom 2 can open to $60M stateside this weekend.