Tom Hanks‘ very name suggests “nice guy,” so it’s no small wonder that his  playing Mr. Rogers seems like typecasting. However, he has played “bad guys” before, so now viewers are suggesting that he take that to the next level and play a villain in a Marvel movie

As crazy as that might sound to some people, it may not be that far-fetched. One criticism commonly leveled at the MCU is that the villains aren’t particularly memorable. Casting Hanks as the villain in a Marvel movie would instantly make that film stand apart.

Who could Hanks play in a Marvel movie? 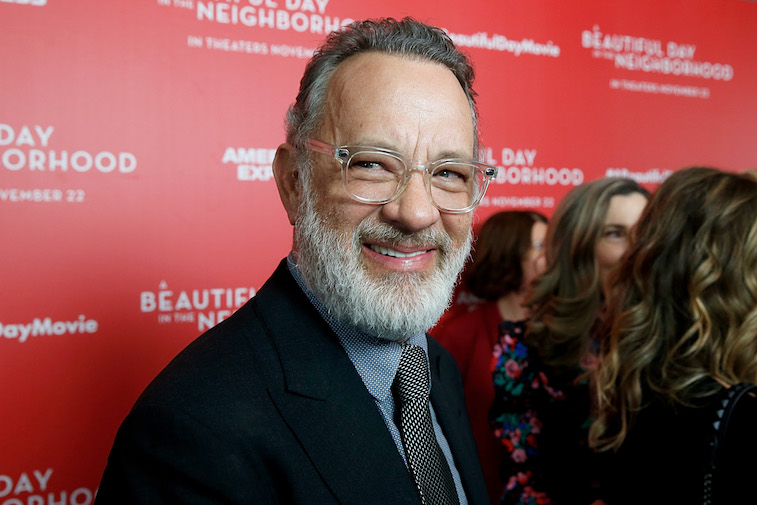 The idea of Hanks as a Marvel villain came from the enterprising folks at Reddit, when one user asked the question, “Who would you cast Tom Hanks as in the MCU?”

The first suggestion was the probably-not-serious David S. Pumpkins, a character Hanks plays on Saturday Night Live. Another fan suggested Uncle Ben, probably going off the kindly Hanks vibe. But then would Hanks’ Uncle Ben clutch Peter Parker tight, pull him close and croak “Earn this?”

Then a fan suggested, “Deacon Frost. He’d be an awesome take on him because you’d always doubt he meant to hurt people, it’s Tom Hanks. He’s been Walt Disney, Mr Rogers, the Conductor from Polar Express! When he says come with me, you’ll be safe, you believe him more than even Spider-man, it’s perfect for a vampire!”

Hanks has tried not to be a good guy

It’s easy to understand why Hanks is seen as so genial. He played Walt Disney in Saving Mr. Banks and is about to open It’s a Beautiful Day in the Neighborhood, playing Fred Rogers. You can’t get much nicer than that. Even playing fictional characters gives him that “aw-shucks” air. When you play Forrest Gump, that’s hard to shake.

But Hanks has often had to fight against his image. Even as far back as 1990, when he played the amoral stockbroker in the flop The Bonfire of the Vanities, his miscasting was seen as one of that movie’s biggest problems. After he had a string of hits in the 90s, including A League of their Own, Apollo 13  and Toy Story, his good-guy image calcified.

So that’s why it made news when he played a villain, a gangster in the 2002 film Road to Perdition. But even though he played a gangster there, he was a relatively good guy, protecting his son against people even worse than him.

When he played a shady CEO in the movie The Circle with Emma Watson, nobody saw it. Meanwhile, Hanks continued playing real-life inspirational figures in Captain Phillips and Sully.

Marvel could use better villains

No one would dispute the massive success of the Marvel Cinematic Universe with 23 movies, with most of them being at least good. However, there are some legitimate criticisms that their villains don’t always stick. Quick, without looking, who was the villain in The Incredible Hulk? What was the name of the villain in Ant-Man?

In fairness, Marvel has gotten much better recently, with the likes of Cate Blanchett in Thor: Ragnarok, Josh Brolin in the Avengers double-header, and most especially Michael B. Jordan as Killmonger in Black Panther, who was so effective because he was a villain who was justified in his anger.

There’s no doubt Hanks has the skill to play a villain, but the more important question is, would he want to work for Marvel, and is there any going back after you play Mister Rogers? Walt Disney certainly had his dark side, but few people can find a bad word to say about Fred Rogers. We’ll see once It’s a Beautiful Day in the Neighborhood comes out this week.

The Real Housewives to the rescue! As the majority of you out there self-quarantine or work from home to avoid...

Fans go wild as ALL episodes of Tracy Beaker are now on BBC iPlayer and say ‘it’s better than Christmas’...