THE X Factor has produced some of the world's biggest stars, including Leona Lewis and One Direction. 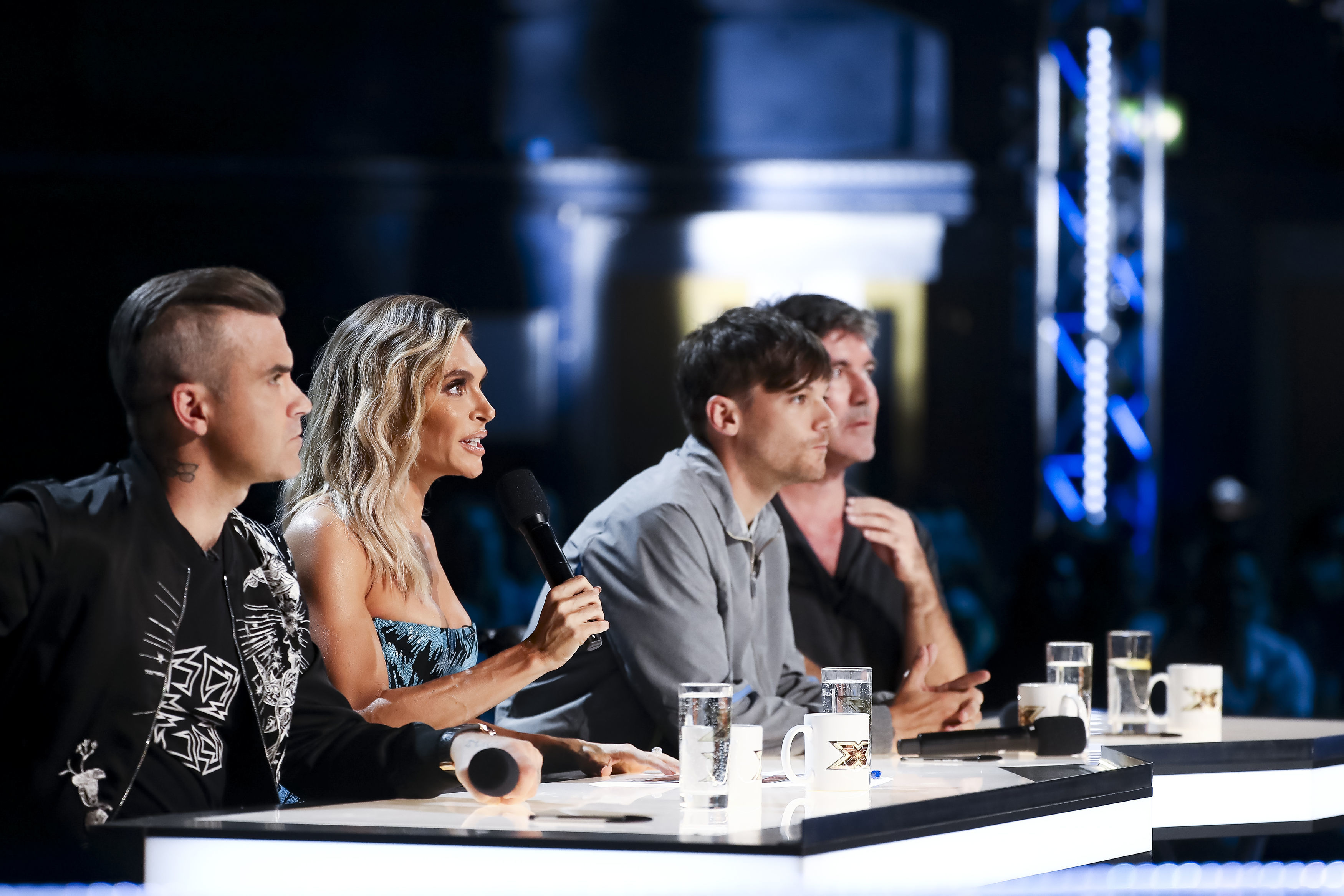 He later released Against All Odds as his winner's single, which reached number one in the UK.

But after one album, he was dropped.

He has, however, maintained a level of press attention thanks to the vocalisation of some extreme opinions on Twitter. 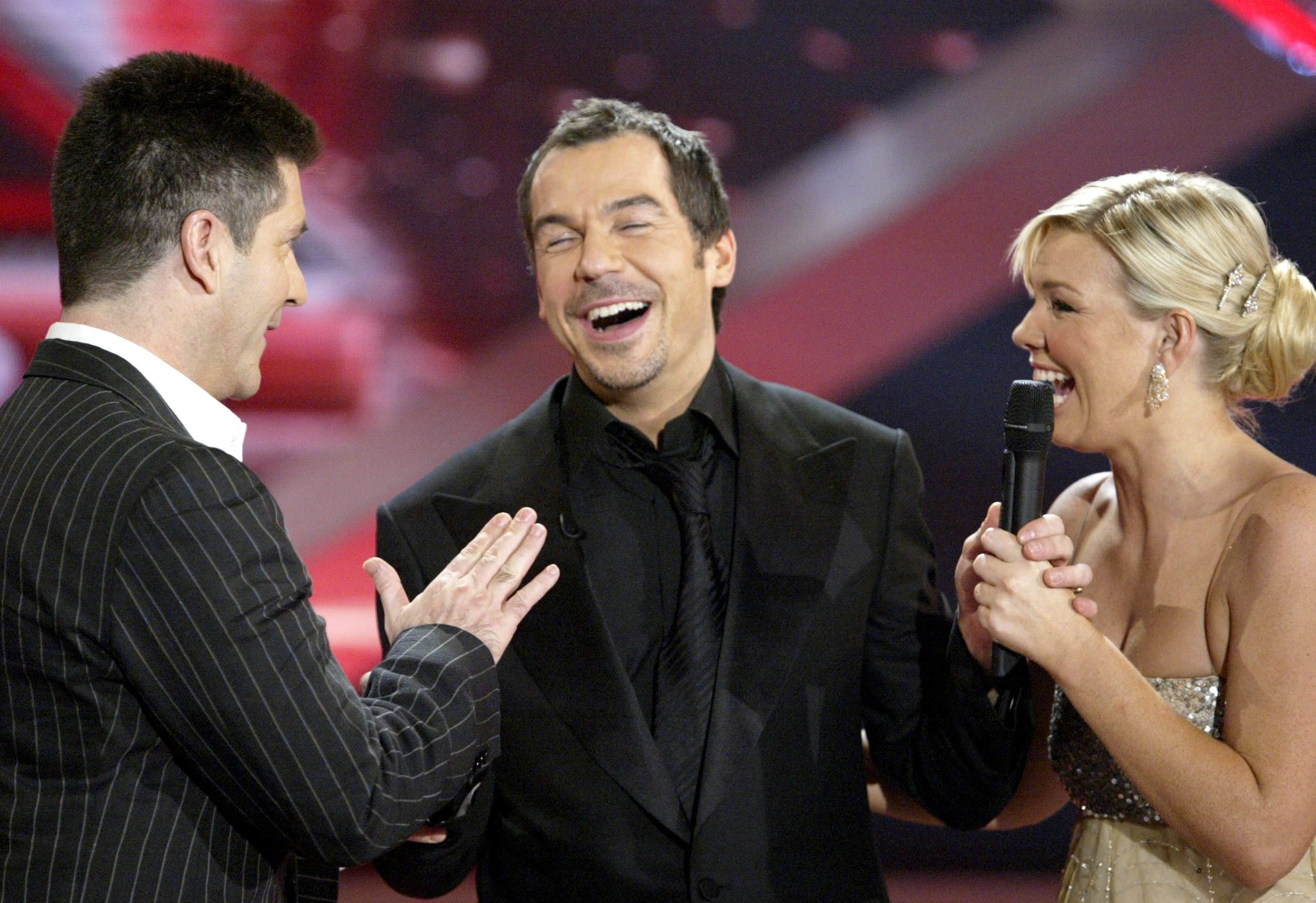 Shayne became a firm favourite throughout the second series of X Factor and was crowned the winner in 2005, beating Andy Abraham.

His single, That's My Goal, made it to number one that Christmas.

Since then he has released four albums – a self-titled debut which went 4x platinum upon its release in April 2006; Breathless, which went 5x platinum following its 2007 release; Obsession in 2010, which failed to chart; and Closer, which he released in 2015 independently after he was dropped by his record label.

As well as his music career, he later took on the role of Staycee Jaxx in the 80s musical Rock of Ages on the West End and stayed with the show from 2011 to 2012.

He is now most known for his acting chops, becoming a regular cast member of Coronation Street since 2015 until his emotional departure in 2018.

But he has since said that he does intend to return to music. 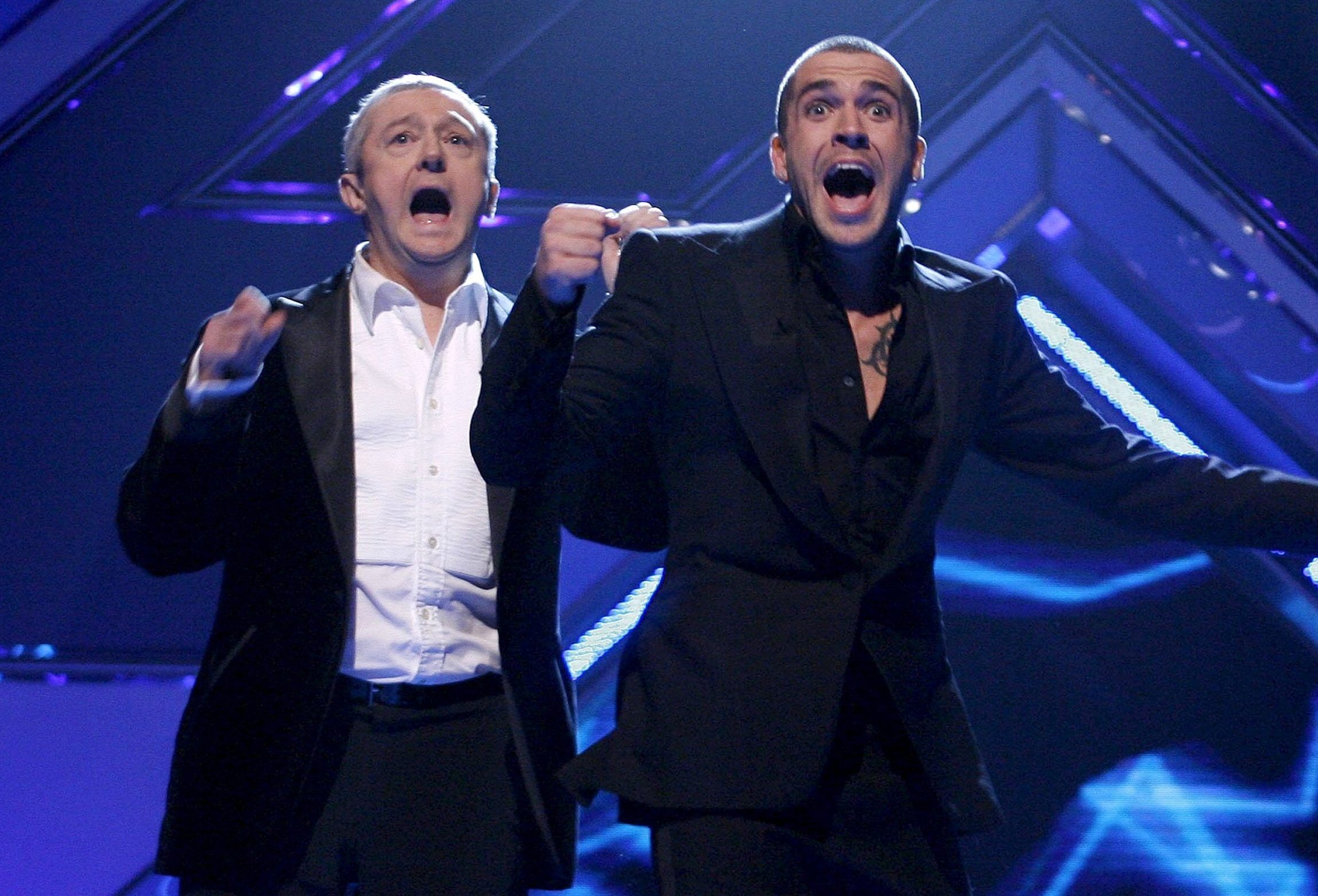 Her winner's single, A Moment Like This, hit platinum status and spent four weeks at number one.

After her win against Ray Quinn, she became the first internationally recognised winner of the show, cracking the tough American market.

As of 2017, she has released five albums, including a Christmas album, and her debut album Spirit sold 9million copies.

Her massive hits include a cover of Snow Patrol's Run, and original song Bleeding Love, and she's bagged two MOBO awards and a VMA.

She also performed in the musical Cats as character Grizabella on Broadway in 2016. 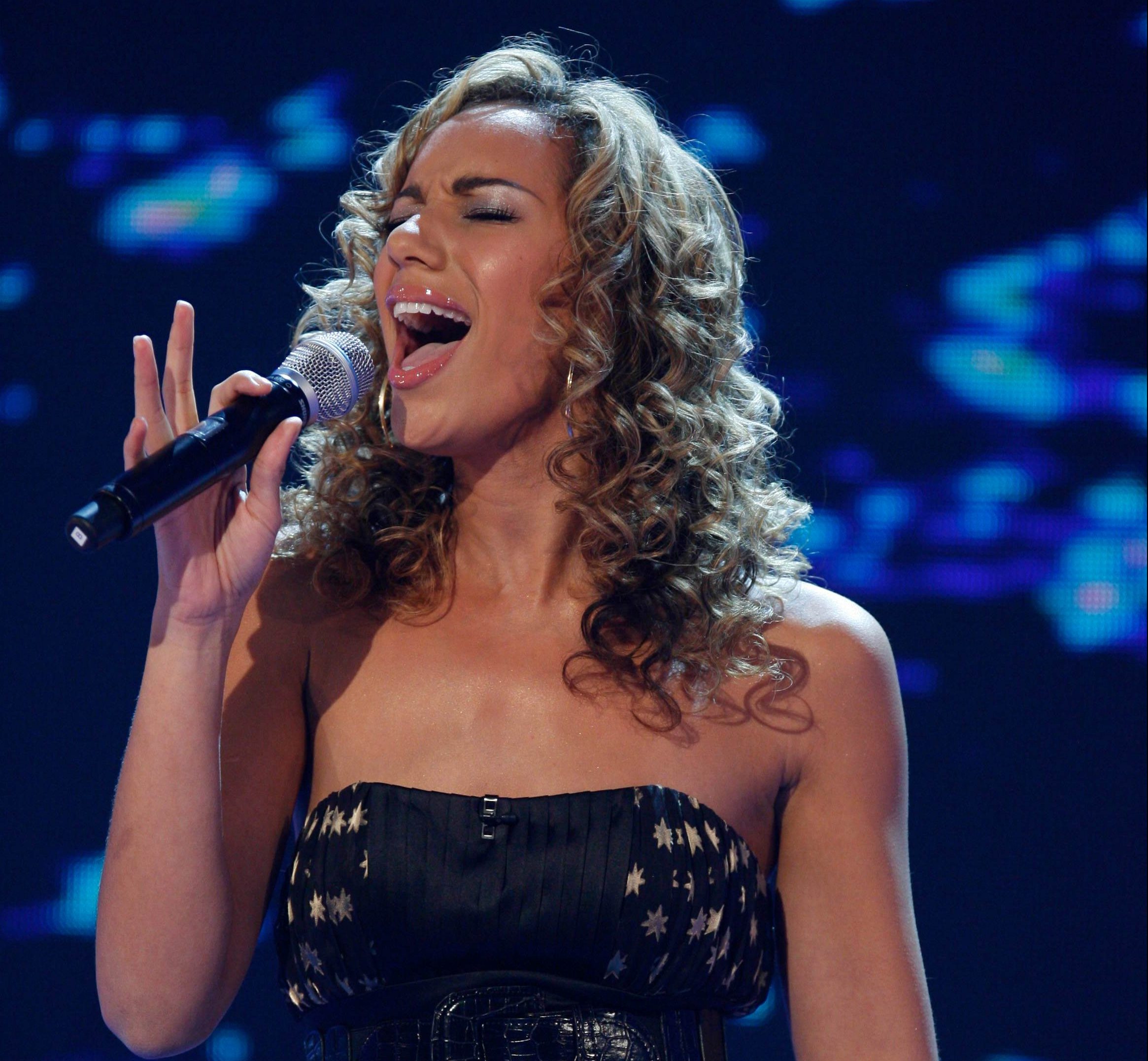 Mentored by Dannii Minogue, Leon Jackson became the shock winner of the series, beating Rhydian Roberts to the win.

Covering Mariah Carey and Whitney Houston track When You Believe as his winner's song, it became the fastest selling single of 2007 and Leon became the first Scottish singer to ever get a Christmas number one.

He released one album with SyCo the following year, before breaking ties with the label and going it alone.

Leon is yet to make a follow-up release but travels to and from Los Angeles working as a songwriter. 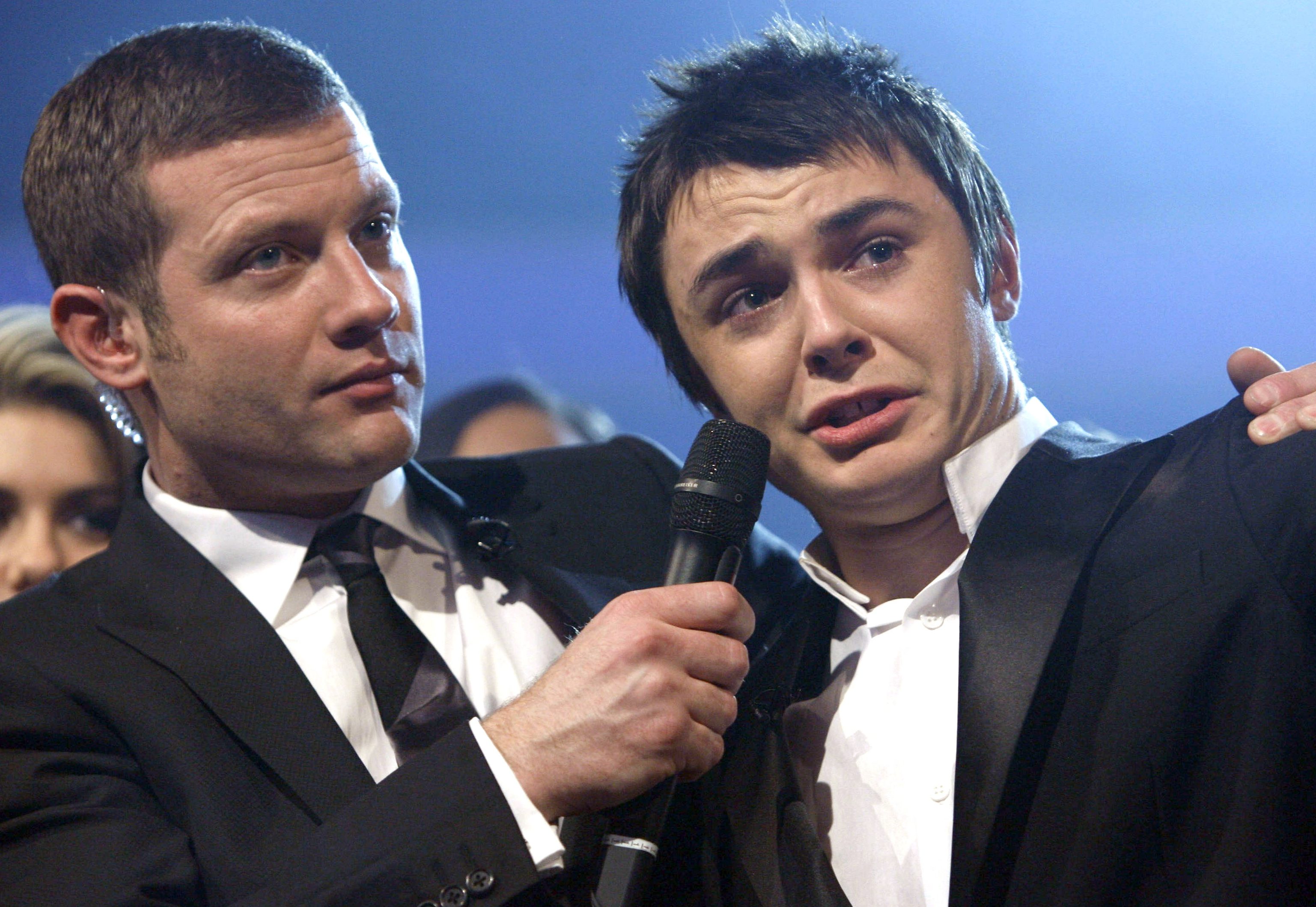 Alexandra Burke stormed to victory over JLS in the final of the 2008 series, though both went on to have incredible pop success.

Her hit singles have included a cover of the iconic track Hallelujah, and dance anthems Bad Boys, All Night Long and Broken Heels.

Her success was so big that she was personally name-checked by Beyonce as someone she wanted to collaborate with, and she signed a deal to be the face of fashion label Dolce and Gabbana.

Alexandra has since moved to the stage, taking on the lead role in the Sister Act musical and Whitney Houston's role in The Bodyguard in the West End. 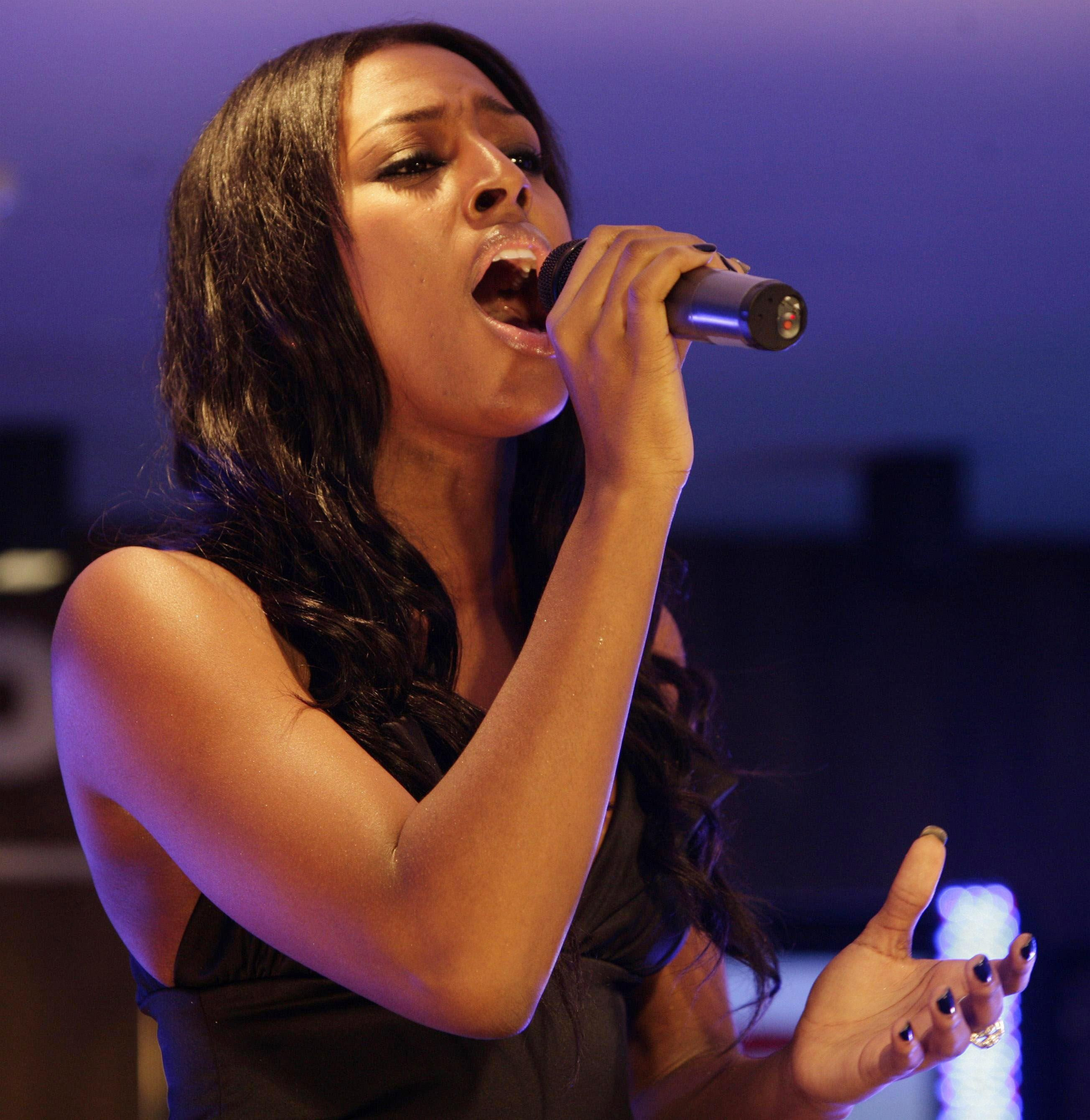 Joe was only eighteen years old when he managed to win the 2009 series of the talent show.

His fellow finalists, Olly Murs and Stacey Solomon, have also gone on to massive success as a pop star and TV presenter respectively.

His single, a cover of Miley Cyrus hit The Climb, failed to make No.1 after a successful campaign to get Rage Against the Machine's Killing In The Name Of to the top spot.

After two years with Simon Cowell's label SyCo, he was dropped and was instead picked up by Decca Records.

In 2011, Joe tried his hand at opera singing in the second series of Popstar to Opera Star – and continued his winning streak by going home champion.

He won with an impressive 77% of the vote – beating Cheryl Baker in the final.

In 2014, he became the emergency replacement on The Jump after Henry Conway was injured – and again, he won the show.

Joe is now in a touring production of Andrew Lloyd Webber's musical, Joseph and his Amazing Technicolour Dreamcoat.

This is the second time he's been in the role, after initially getting the part in a tour running from January to July 2016. 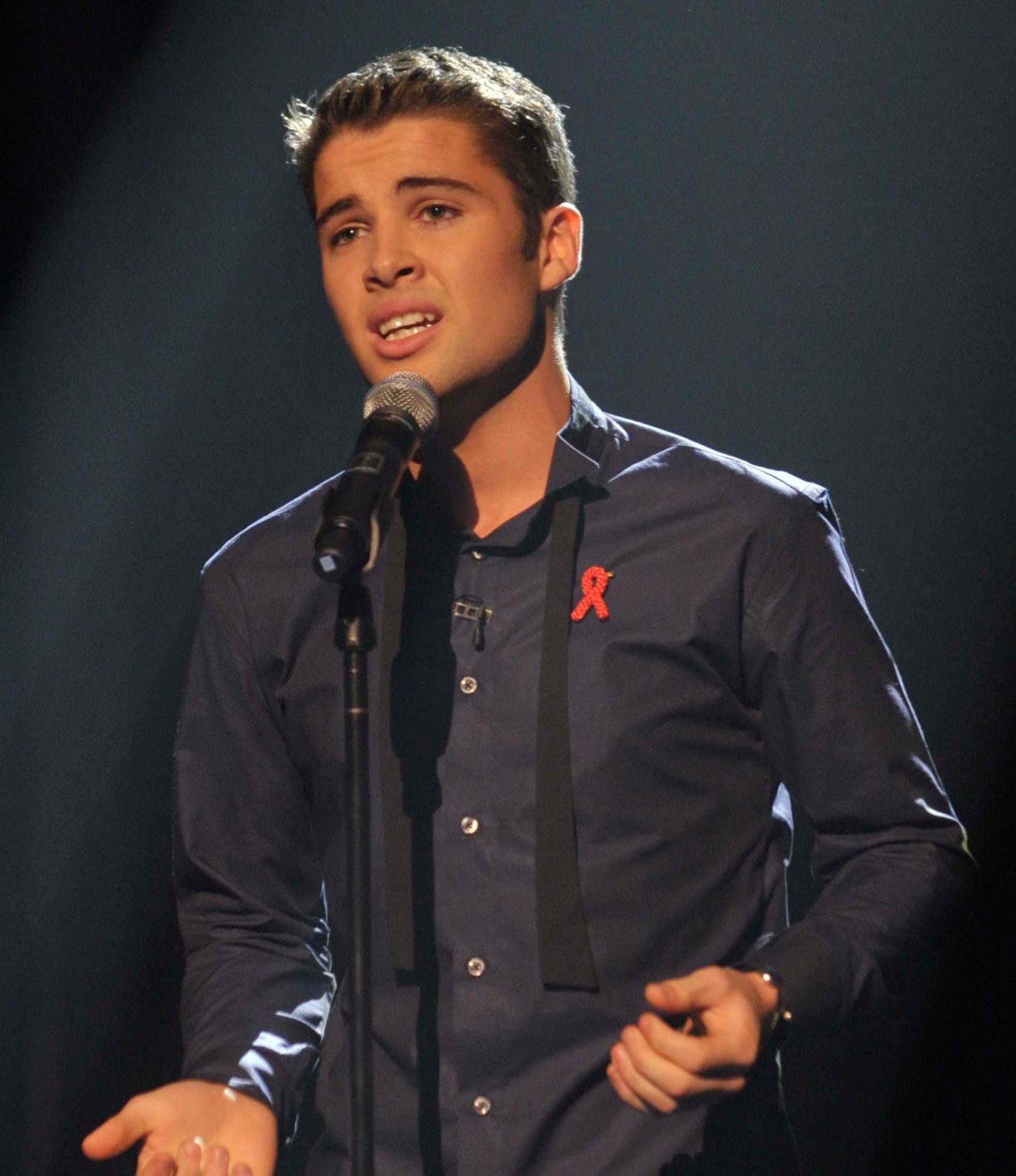 After Matt won the show, he was nominated for a BRIT award for his winner's single, When We Collide, originally by Biffy Clyro.

However, his success was quickly overtaken by One Direction's – who shockingly came in runner-up to him in the finale.

After a year, Matt decided to leave his label, citing that he "needed to be selfish" as One Direction continued to dominate the charts and the label's focus as a result.

He has released four studio albums since his win and took the lead role in musical Memphis in the West End in 2015. 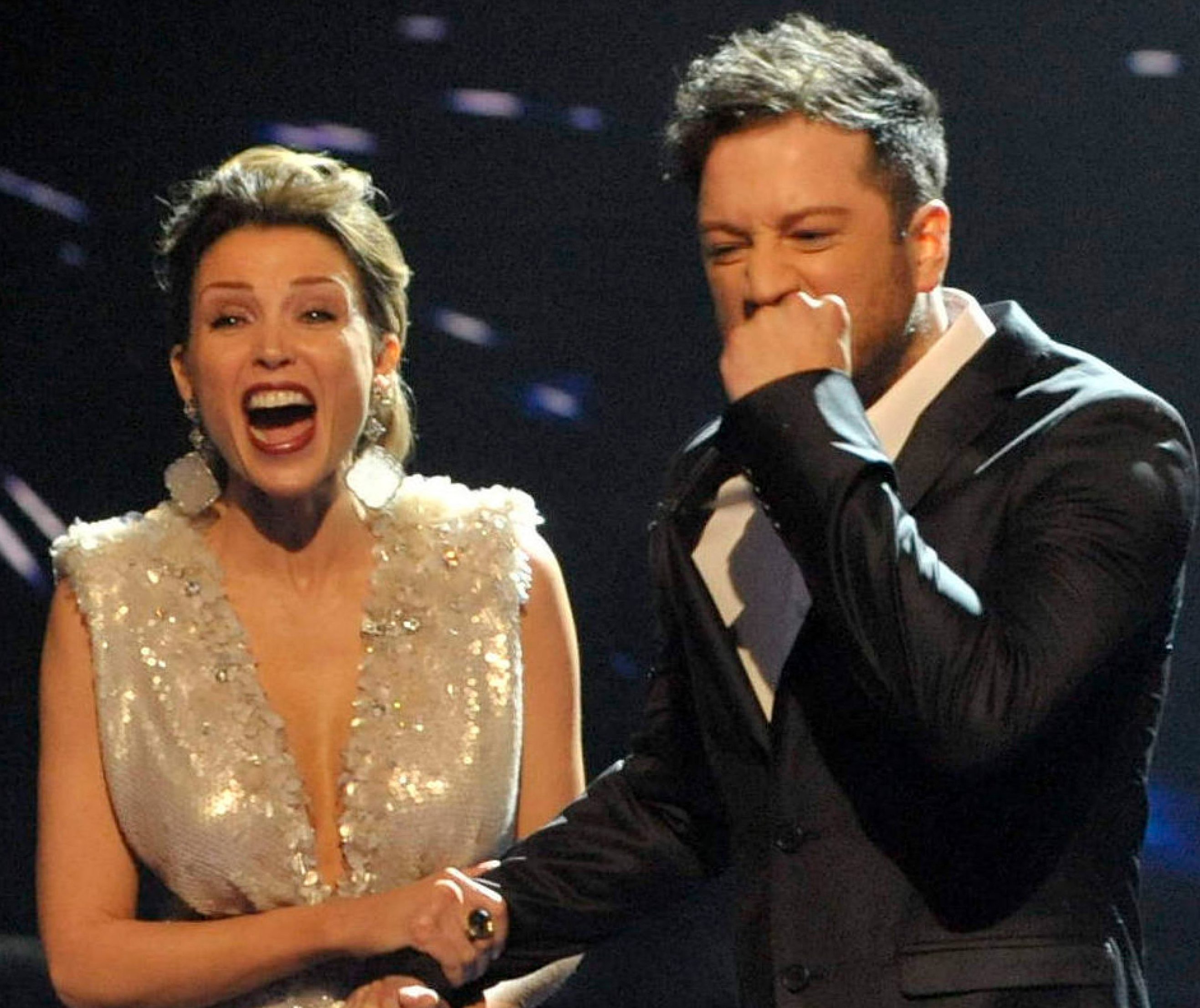 The four-piece girl group were put together by Simon during the audition process, and have become the show's biggest winning act to date.

While others (like One Direction and Olly Murs) have achieved commercial success, Little Mix broke the mould by being the only ones to win the competition and go on to huge success.

They were the first band to win the competition, beating Marcus Collins, and also broke records held by the Spice Girls in the US.

To date they have released five albums, all peaking inside the top ten, and their hit songs have included Salute, Black Magic, Shout Out To My Ex and Woman Like Me. 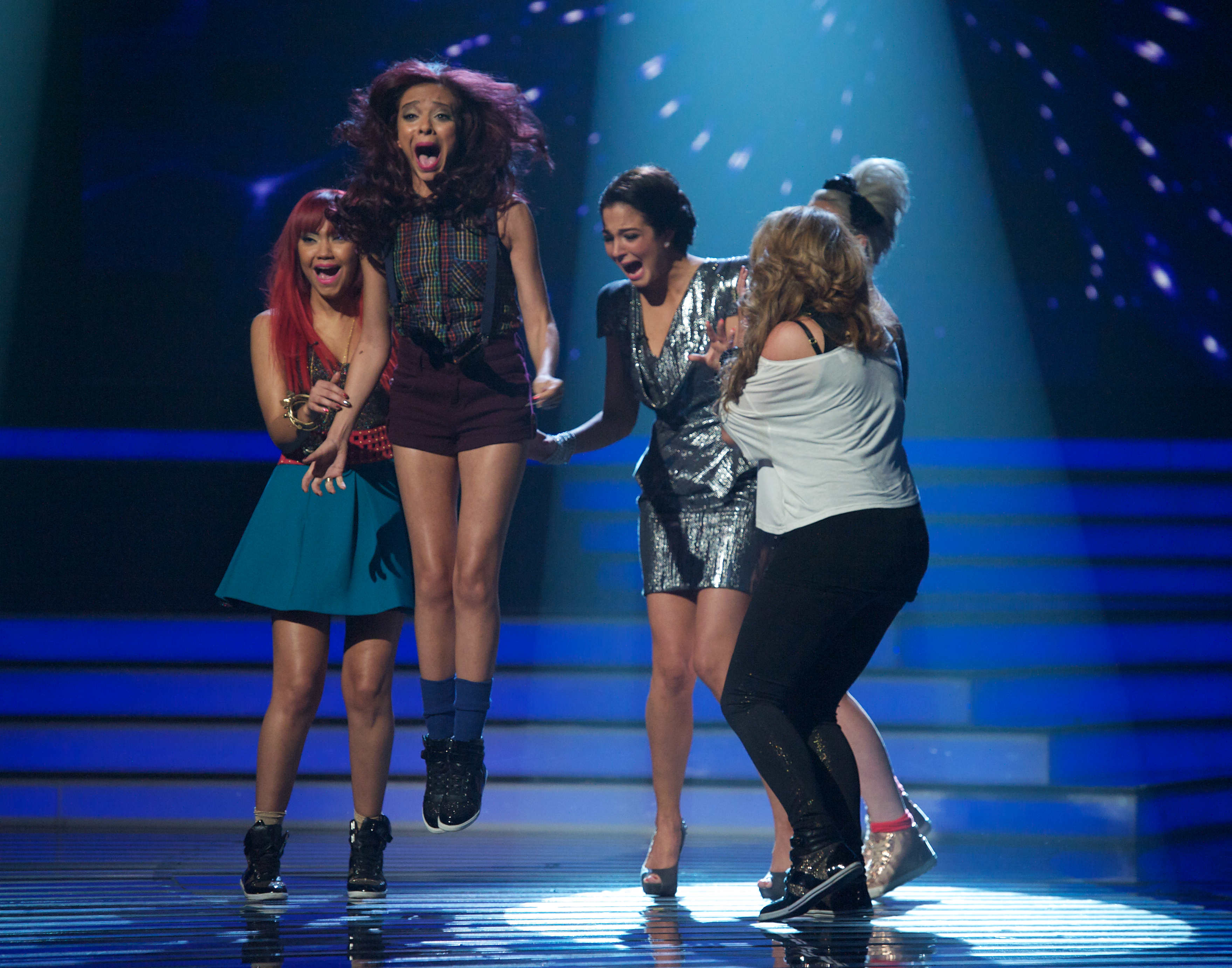 James Arthur was crowned the winner of the ninth series of the show after beating Jahmene Douglas.

He went on to become the fastest-selling X Factor winner to that date with his debut – a cover of Shontelle's Impossible.

His follow up single, 'You’re Nobody ’til Somebody Loves You’, reached number two on the UK charts and his self-titled debut album did the same in November 2013.

But James experienced the less desirable side of fame soon after he won the X Factor – with several women coming forward and revealing his 'sexcapades' with them, including Ria Vincent and a prostitute who revealed she performed a sex act on James while he kept his socks on.

Danielle Withey, 18, revealed that the singer made her go pick up a £5 bottle of Rose wine and then wore his jumper.

James was dropped from SyCo in June 2014, but in a first, he re-signed to SyCo Records after he had cleaned up his act.

Releasing Say you Won't Let Go in September 2016, it rocketed to the top of the UK music charts – as well as number 11 in the American Billboard Hot 100.

His subsequent album, Back From The Edge, was released in October 2016 and also topped the charts – confirming his fans had welcomed him back to the spotlight. 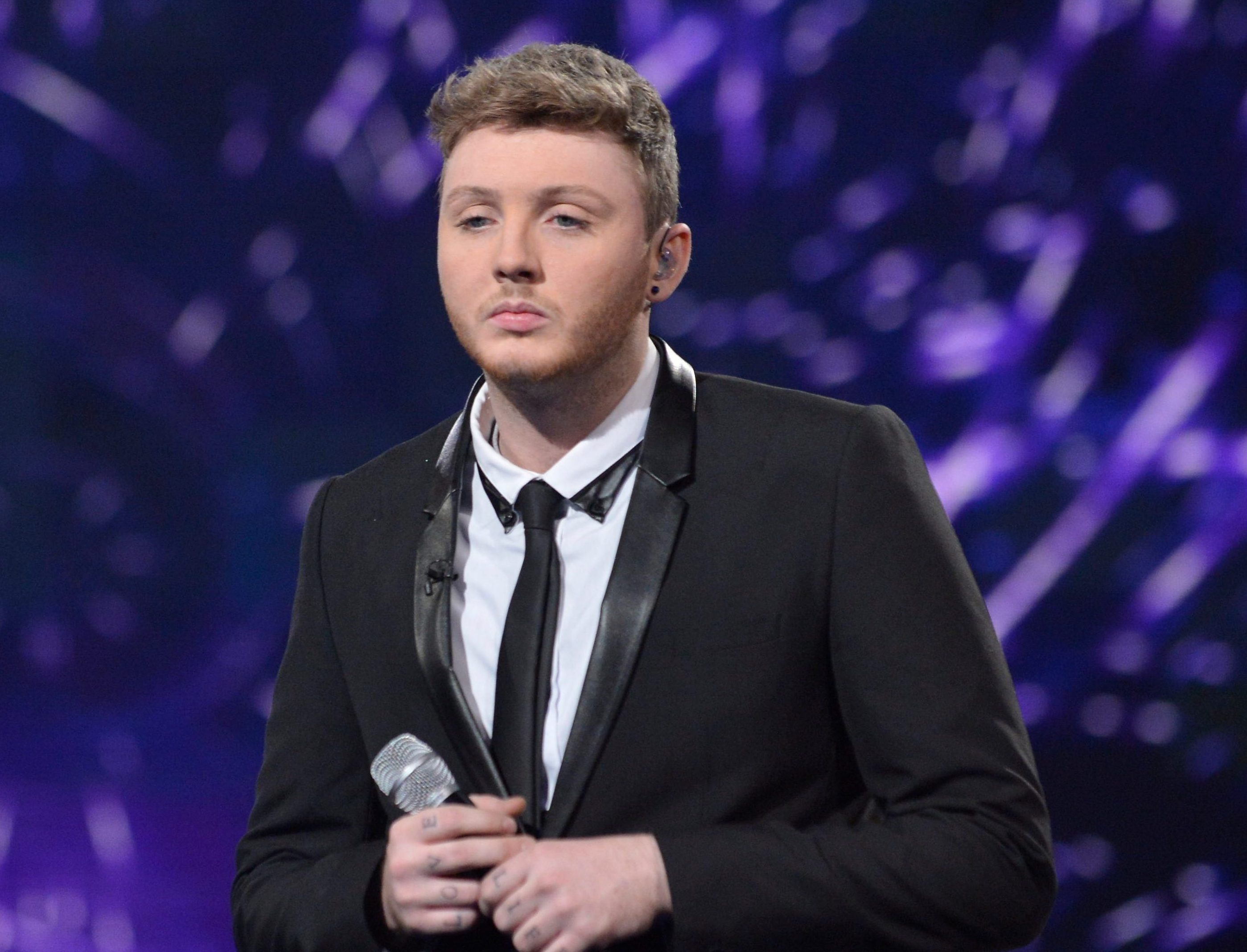 In the live finals, Sam worked her way to secure her spot by fighting off competitors including Sam Callahan, Luke Friend and Tamera Foster.

When she won, Sam made it to the coveted Christmas Number One spot with a cover of Demi Lovato's Skyscraper.

After The X Factor, Sam released her debut album The Power Of Love in March 2014. The album reached the top spot of the albums chart in the UK and sold over 160,000 copies.

She self-funded her second album, Sing My Heart Out, after being axed by Simon Cowell’s record label.

In 2016 Bailey starred in the musical Chicago where she played the role of Mama Morton and in May 2017 she was announced as a lead role in Fat Friends: The Musical. 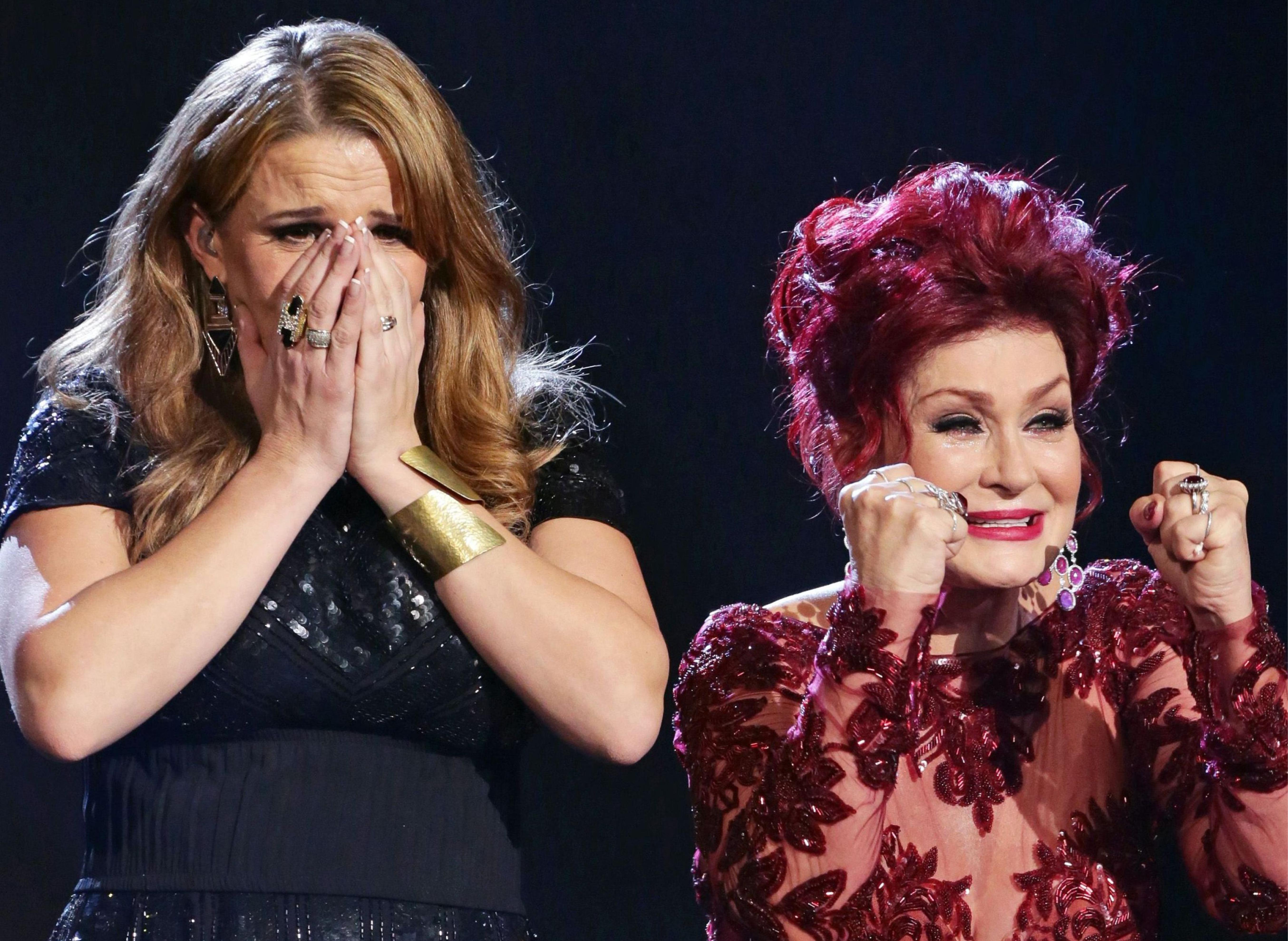 When Ben won the X Factor in 2014, he released a cover of Something I Need by One Republic and again, the song charted at Christmas number one.

He then followed up his success by duetting with Kelly Clarkson on single Second Hand Heart, and releasing a self-titled debut album the following year.

He left SyCo in January 2016 and since then has been working independently.

Fleur East, who came in second, has continued the streak of the runner-ups surpassing the winners and has achieved chart success thanks to her dance anthems including Sax. 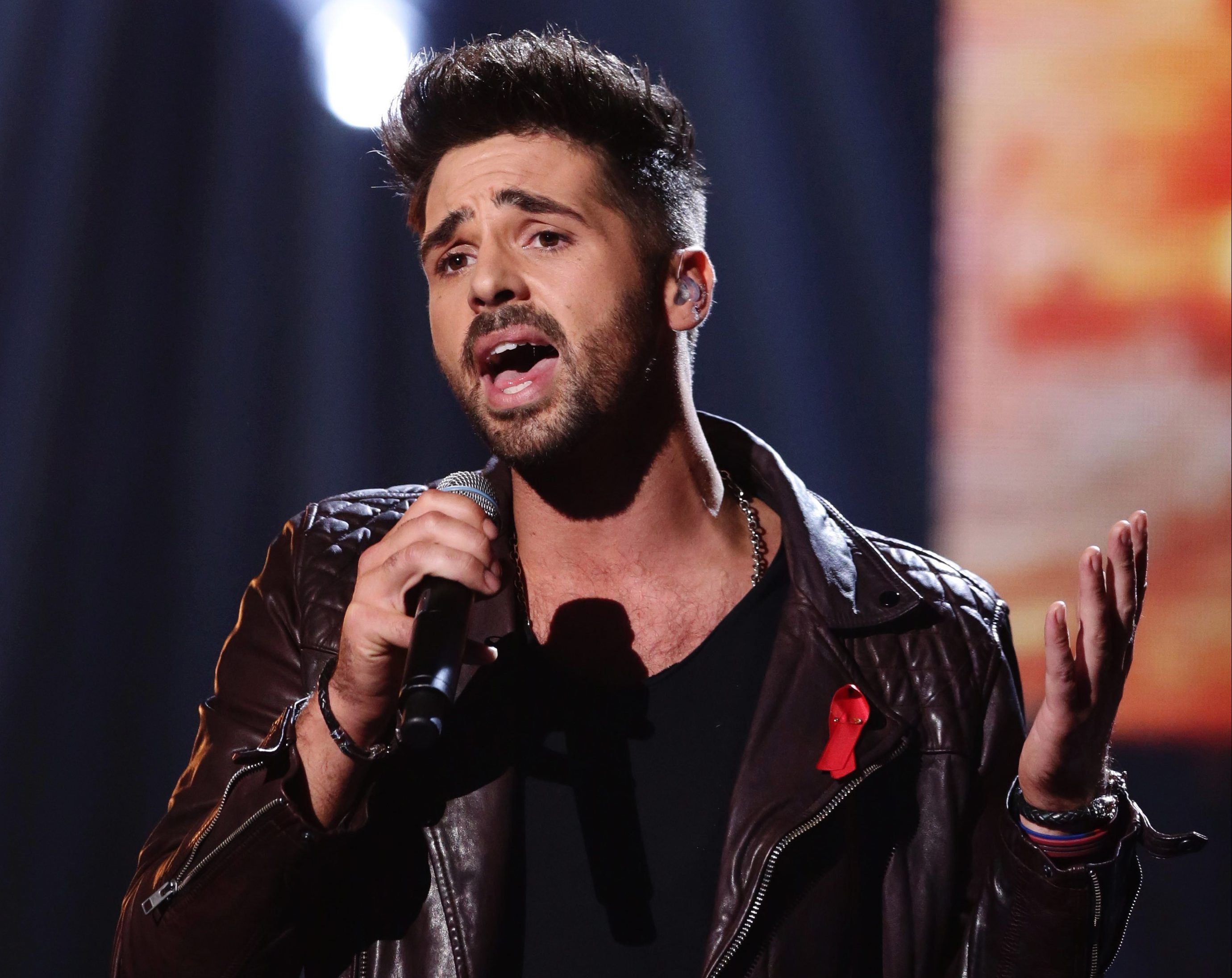 Louisa bagged the top spot on the show after beating out duo Reggie N Bollie in the 2015 final.

She was also the youngest winner of the show to date, only being seventeen when she got the crown.

After the release of her winner's single, Forever Young, she was featured on Clean Bandit's single, Tears.

She has also worked with fellow former X Factor star, Olly Murs, releasing song Unpredictable, and toured the UK as his support act. 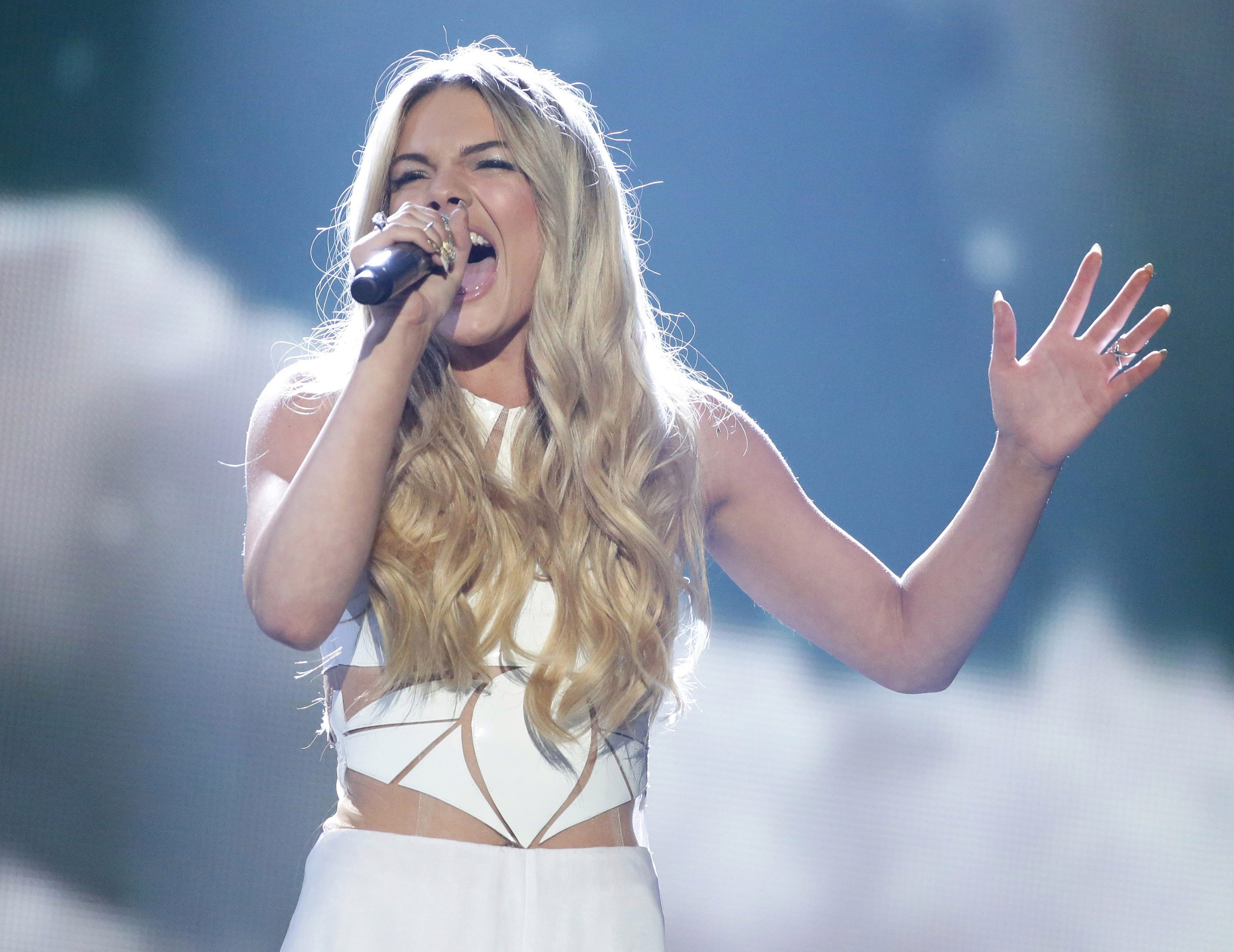 Beating Saara Aalto and 5 After Midnight to the top spot, Matt was the first winner ever NOT to get a contract with SyCo.

Instead, he was signed to Sony label RCA in a bid to make him the "new Olly Murs".

In November 2017, he released his first album, Trouble – which became the show's lowest selling debut to date coming in only at number 29 in the charts.

He returned to the X Factor in 2017 to perform his single, The Thing About Love, which peaked at number 51 on the Official Charts. 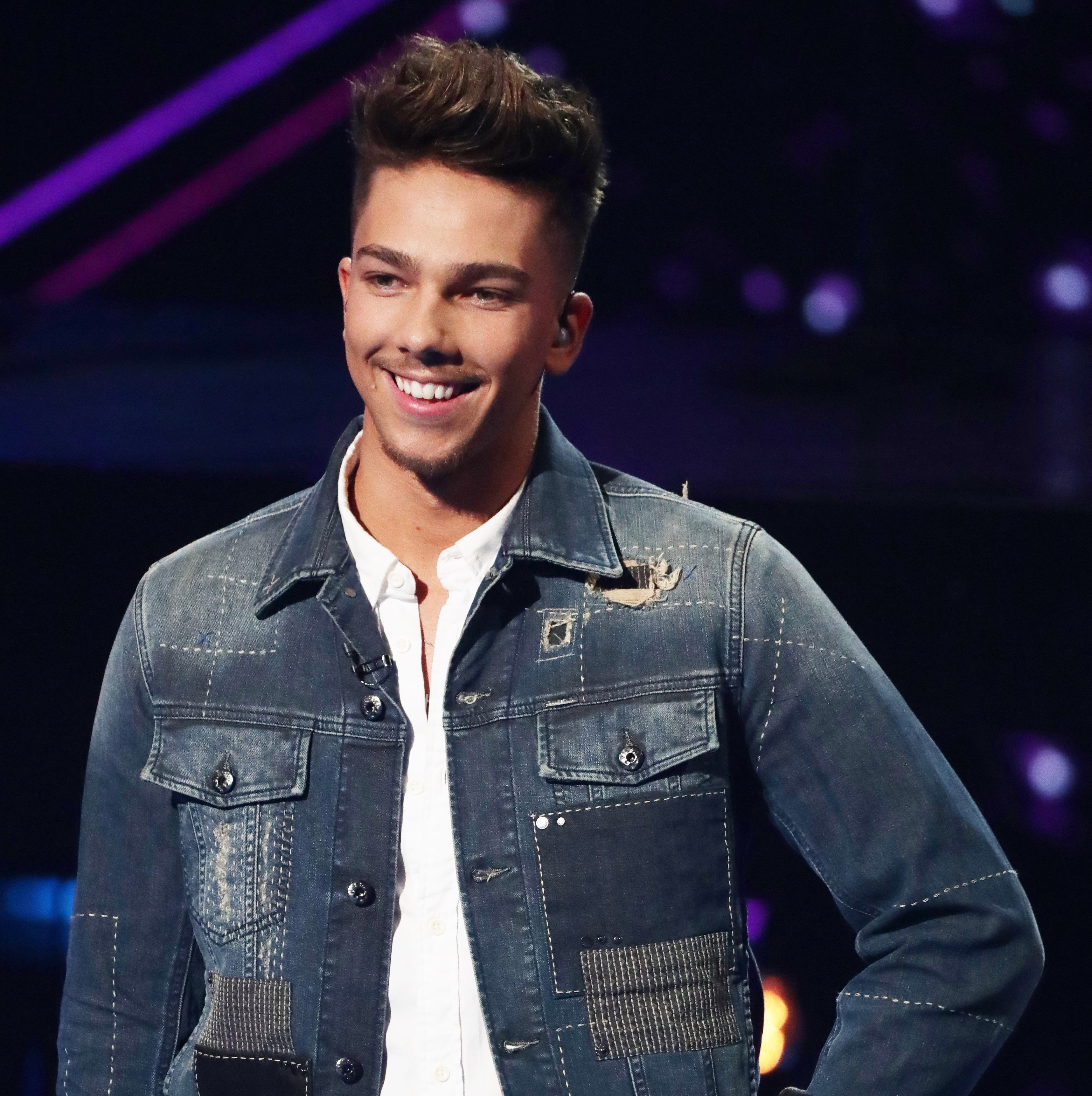 The Watford four-piece was the second band to ever make it to the top spot – and were the first to release a duet as their winner's single.

Before the band were even crowned champions, their performance releases for each live show charted, with three hitting the number one spot on the iTunes chart.

Their single, Dimelo, was a song they had created themselves and was performed with Wyclef Jean and Naughty Boy. 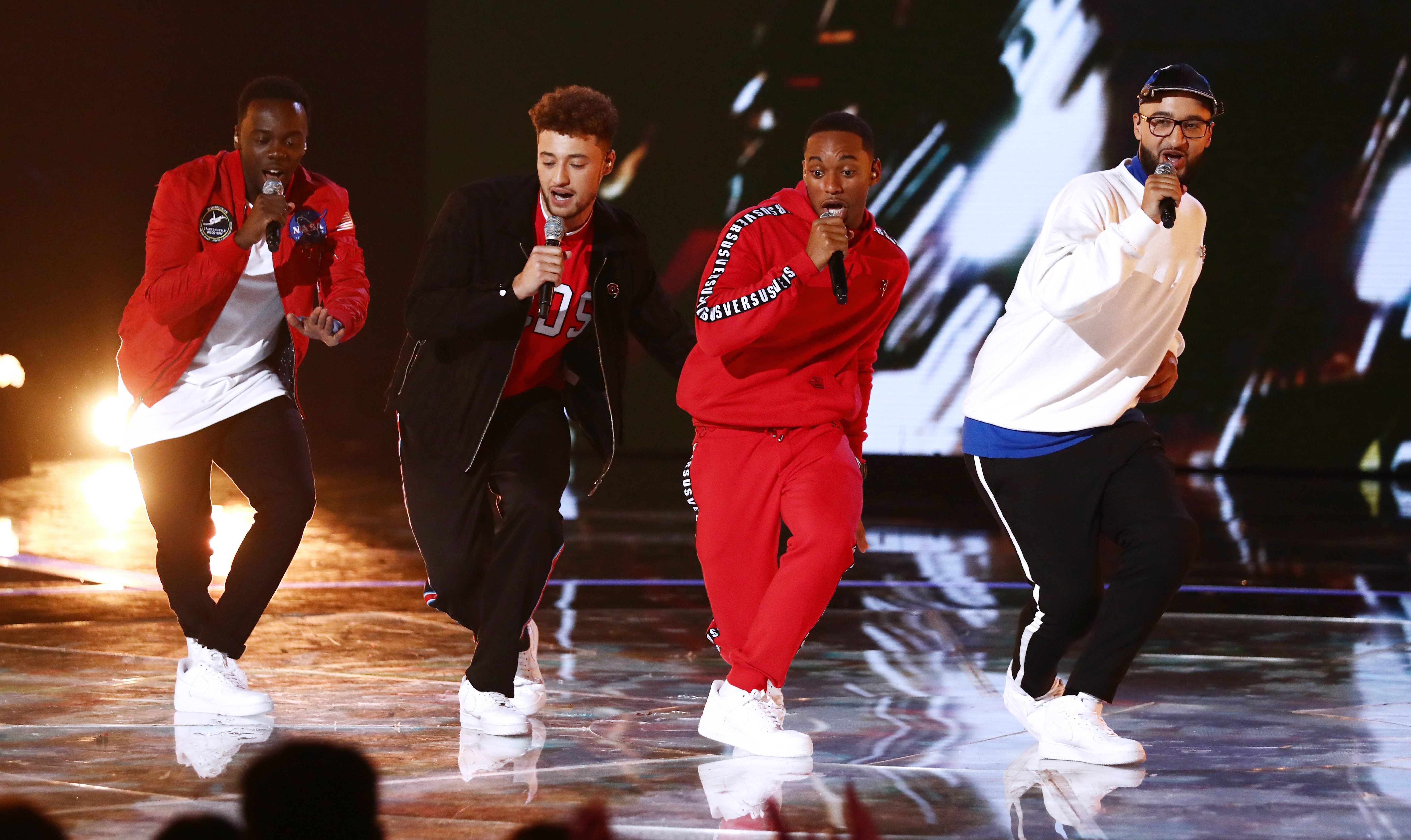 The Jamaican born singer was victorious in the 15th series of the X Factor in 2018.

At the time, host Dermot O'Leary announced him as the champion, with him beating fellow finalists Scarlett Lee and Antony Russell.

Since winning the ITV contest, the singer has produced a track with X Factor alum James Arthur called Power of Love – which reached No4.

On July 20, 2019, Dalton performed at the Reggae Sumfest in Montego Bay, Jamaica – one of the biggest music festivals in the Caribbean. 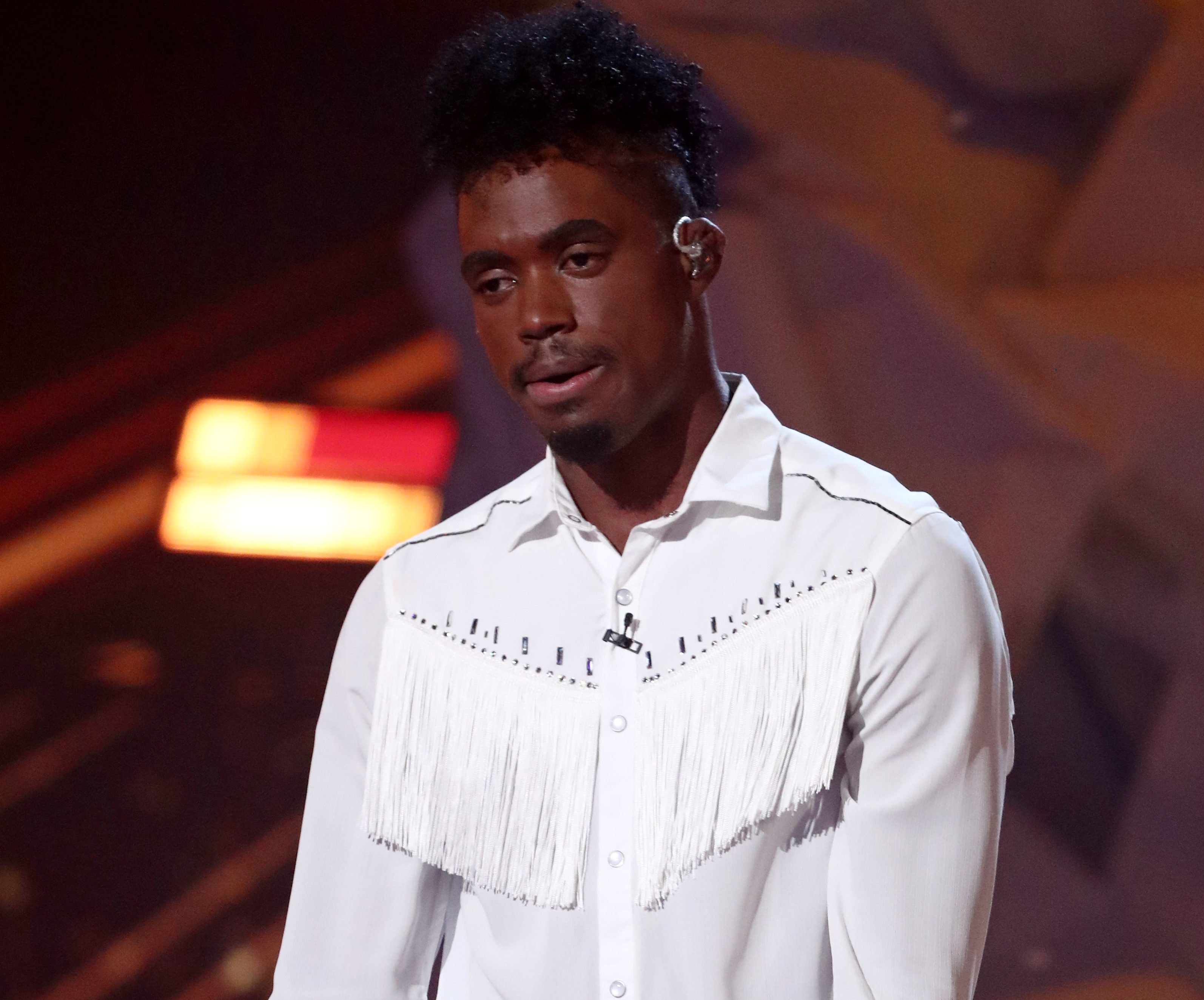