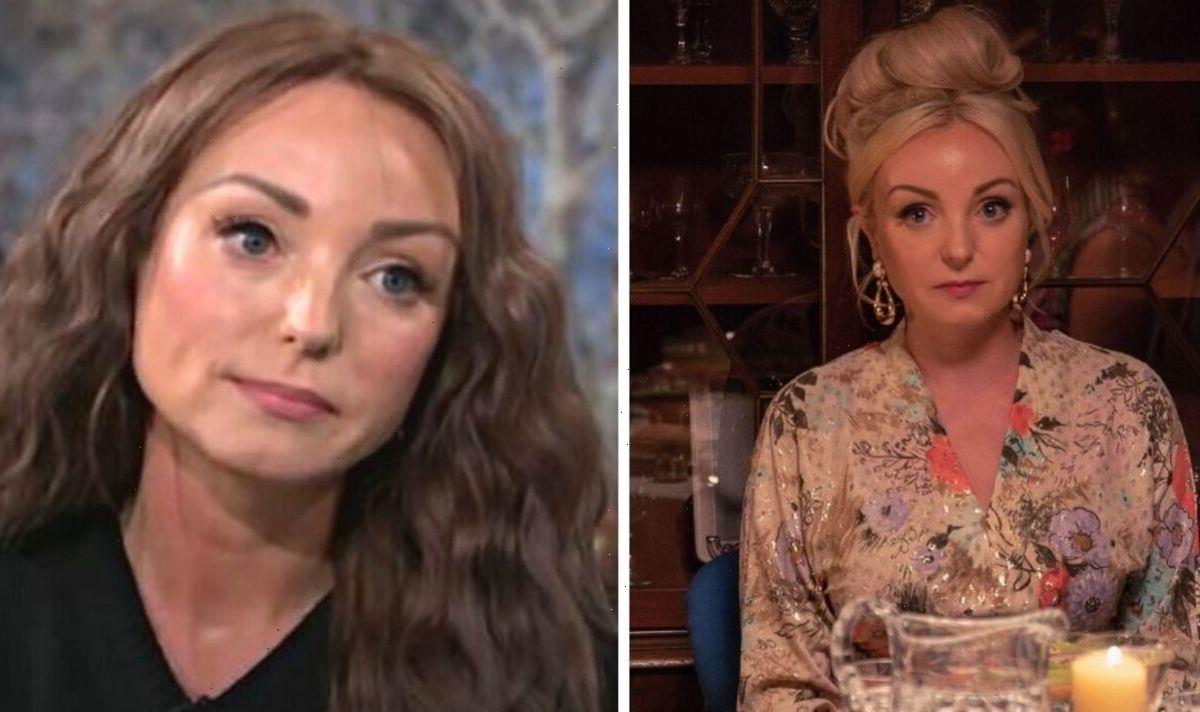 The actress is currently gearing up to star in the UK tour of The King And I. Discussing her new role in the classic musical, she appeared on Friday’s This Morning. When asked about stepping into a theatre role after 11 years on BBC drama Call The Midwife, she admitted during the ITV interview it was “utterly terrifying”.

Trixie is a beloved character in Call The Midwife, with the outgoing midwife having been at the centre of some of the biggest storylines.

Chatting to This Morning presenter Dermot O’Leary and Alison Hammond, Helen detailed how much she enjoys being part of the musical.

“Obviously, we know you so well from Call The Midwife,” Dermot pointed out.

“And that’s something you don’t take for granted, but you’re in the swing of it, you properly know the character.

“When you go back into theatre, as an actor, how scary is it?”

“Utterly terrifying!” Helen confessed. “It is, it is – but we film for six months a year.

“And apart from during Covid, I’ve always tried to do some sort of theatre in between.

“Because it really sort of gets you back and reignites you and I think it sharpens you.”

She continued: “I think it sharpens your brain [and] your learning capacity.

“Because for TV we have short scenes and you learn and you throw away.

“Whereas for theatre, you have to learn a lot so it’s a different muscle.”

Now in its 11th series, Call The Midwife continues to captivate audiences.

Helen’s character Trixie recently enjoyed a happy storyline, with Trixie’s engagement coming soon after Helen returned to the series after being on maternity leave.

Trixie and Matthew Aylward (played by Olly Rix) are a popular couple with fans of the show, who were delighted when the two made it official last Christmas.

Helen said it was “really lovely” filming their romantic scenes on Albert Bridge in Battersea.

Helen described how much it meant to her Trixie as she teased what viewers could expect ahead of the episode.

She told Express.co.uk at the time: “She is getting very upset about a tiara, it means a lot. Hopefully, she is only going to have one wedding

“So she wants to get it right but yeah she gets stressed along the way. But also because she’s planning it herself so it is a big occasion to plan by yourself.”

Call The Midwife continues on Sunday at 8pm on BBC One.