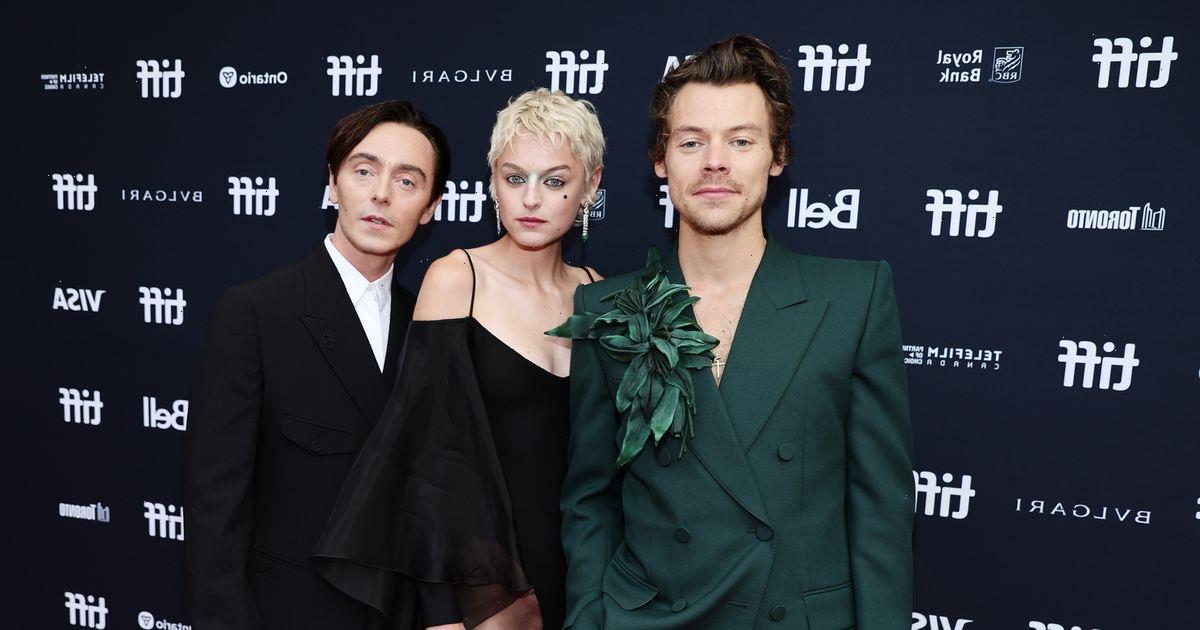 My Policeman (2022), starring Harry Styles, is due to launch on the Prime Video streaming service just three weeks after it lands in cinemas worldwide, October 21.

The film is a gay period drama produced by Amazon Studios, exploring the complexities of the love triangle involving 28-year-old Styles as a policeman in 1950s Brighton, his loving but unknowing wife (Emma Corrin), and a dishy local museum curator (David Dawson).

The film received mixed criticism following a screening at the Toronto International Film Festival. Dawson's performance recieved widespread praise but many critics said the film's direction was flawed, and that Styles' did not bring too much to the role. After filming was wrapped up, Styles said he had no plans to do any more acting for a while.

Want the latest showbiz, royal and TV news straight to your inbox? Sign up for our daily newsletter HERE

My Policeman will hit cinema screens worldwide October 21 but, due to it being produced by Amazon Studios, it will be joining the Prime Video streaming platform just weeks later.

Styles' fans can expect to see My Policeman drop on the platform November 4 and see if the film critics were right, or if the singer received unfair flack for his role in the film.

Trailer, cast, and background for Harry Styles' My Policeman

My Policeman is based on a 2012 novel of the same name by Bethan Roberts that was praised by critics as a "moving story of longing and frustration" that skilfully reflected the homophobic society of 1950s Britain.

Inspired by English novelist E. M. Forster's (A Room With A View) later-in-life romantic entanglement with a local police officer, both the book and the film explore the complexities of the relationship between schoolteacher Marion (Corinn), who has had a lifelong love for her brother's friend Tom (Styles). Despite marrying Tom, his close friendship with local museum curator Patrick (Dawson) draws her suspicion.

Fans were titillated to find out that My Policeman will feature some full nudity from the heartthrob, as well as a raunchy sex scene between Tom and Patrick. The film is formed as a reminiscence between Tom and David in the 1990s, where the older Tom is played by Linus Roach, and Patrick by Rupert Everett.

Want the latest showbiz, royal and TV news straight to your inbox? Sign up for our daily newsletter HERE