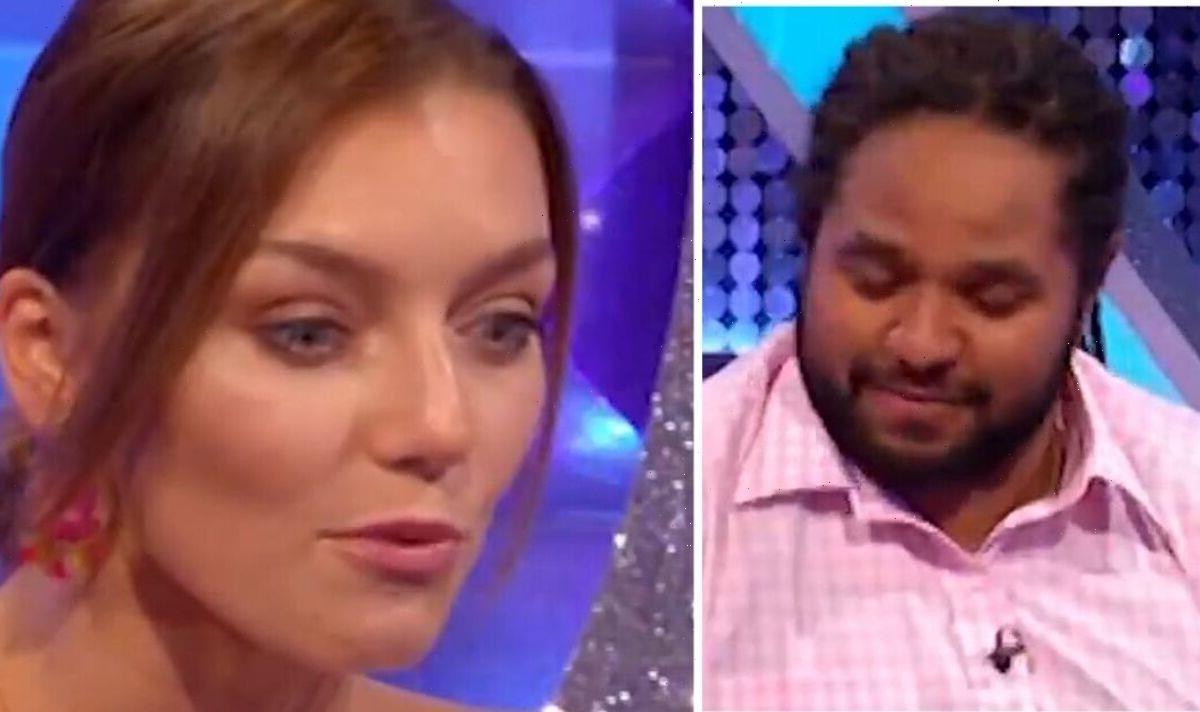 Strictly Come Dancing saw yet another celebrity kicked from the show on Sunday as the competition begins to heat up. Matt Goss was eliminated from the series after his performance failed to impress audiences and the judges. However, Hamza Yassin was left stunned when he received the highest score of the series with his Salsa, especially since he admitted to not feeling well during the week of rehearsals.

The dancing duo joined Rylan Clark on the latest instalment of Strictly: It Takes Two to discuss their successful weekend.

When looking back at their performance, Rylan exclaimed: “Jowita, your reaction at the end was just incredible, you knew in your heart that that dance had gone very very well.

“Did he perform like that in rehearsals because you kept that from us?”

“Honestly, he just went for another level. I was so proud of him because this week wasn’t easy for us because Hamza didn’t feel well so you know, I knew he could do it.

“But because he didn’t feel well we didn’t have much time for rehearsals so I thought ”Okay, let’s take whatever we have got and it is going to be fine’.

“But on the Saturday night, he just went for it, he was possessed!”

Laughing at their analogy, Hamza exclaimed: “I felt like it to be honest!”

Rylan continued: “I mean I know you have taken part in Highland Games, you do that and is it the caber toss? Tossing the caber. Can we have a look at this footage, please? Was Jowita that log?”

“You know the thing that makes me -” Hamza replied before his explanation was interrupted by applause from everyone in the studio as they replayed their iconic toss from their routine.

Rylan teased: “I have been to circuses that have shown less.”

Explaining what gave him the confidence to be able to throw Jowita, Hamza explained: “All I can say is thank you to you.

“She said to me at the beginning of rehearsals, ‘I feel comfortable when you lift me’, and as a person doing the lifting that is all I ever needed.

“I know that she is comfortable with me lifting her, she said, ‘I feel safe in your arms’ and that was me happy.”

Rylan exclaimed: “Well I can see why because if you are handling her like that I mean, that is pro worthy and the score reflected that!

“The highest score of the series so far! And that is also the highest-scoring Salsa by a male celebrity in 10 years, the last one was Louis Smith.”

The revelation from Rylan left Hamza speechless, inviting Jowita in for a celebratory hug.

Hamza and Jowita scored an impressive 39 out of a possible 40 points from the judges.

They even scored a 10 from Motsi Mabuse, Shirley Ballas and Anton Du Beke while Craig Revel Horwood only lifted the nine paddle.