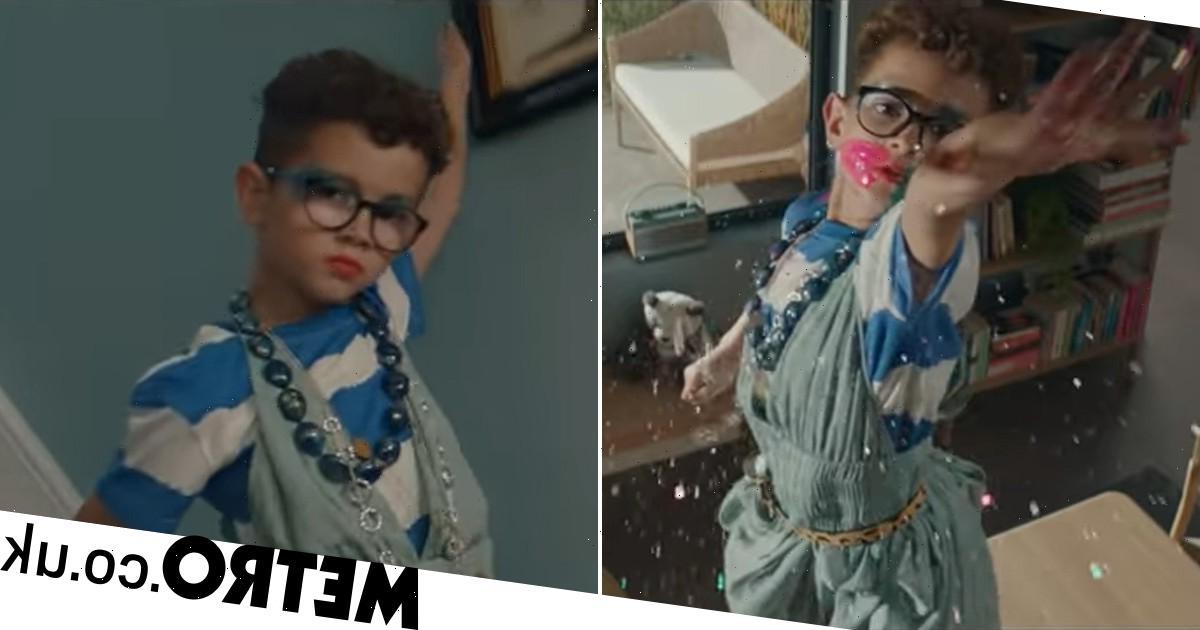 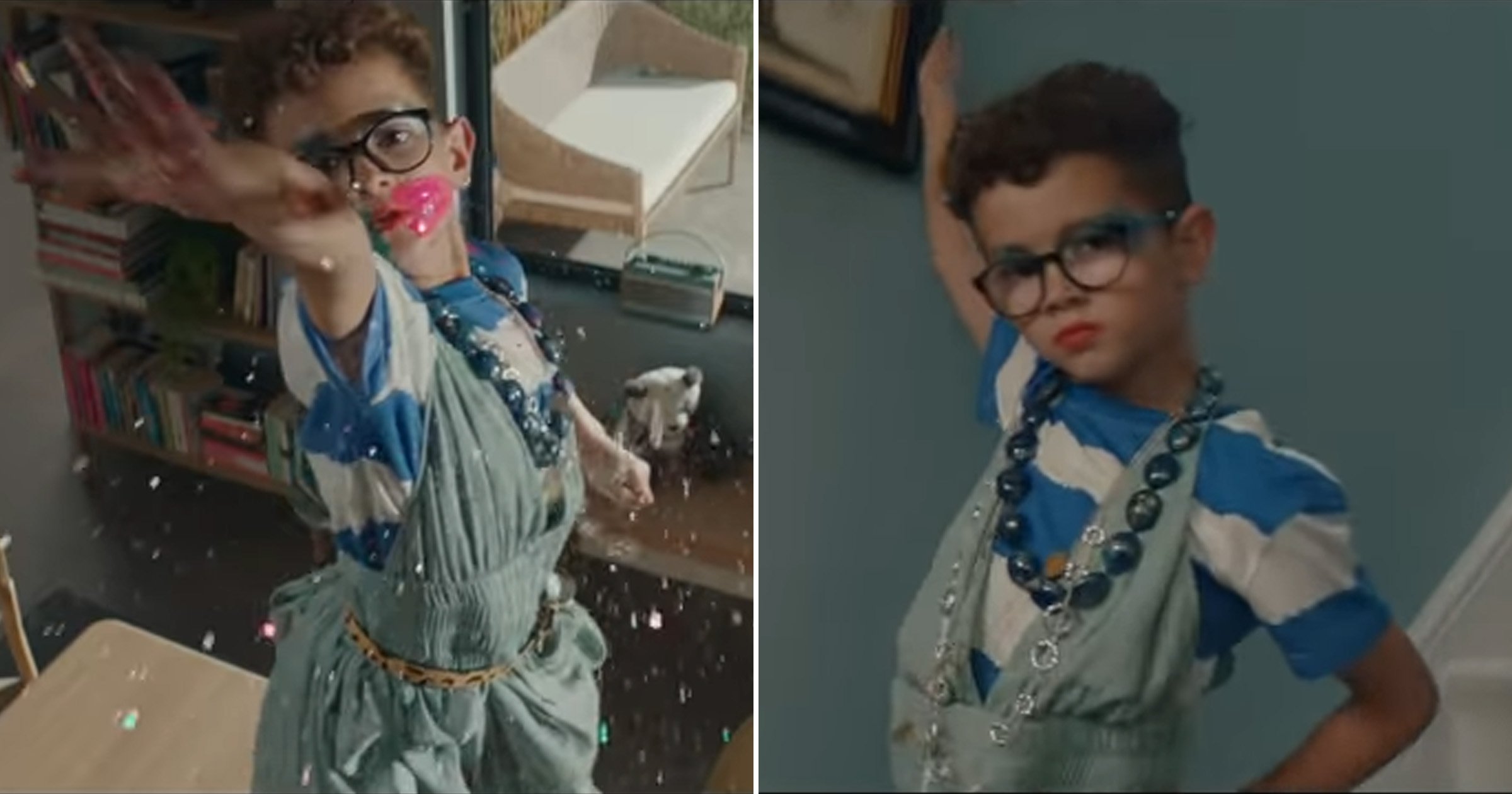 When I saw that people were complaining about the new John Lewis advert, I presumed it was because it’s far too early to think about Christmas, and they were still angry we haven’t had a summer yet.

It’s become something of an annual tradition to either tear up at or tear apart the John Lewis Christmas ad, which will undoubtedly be scored with a slow, acoustic version of a pop classic. So, I loaded it up on YouTube to see what all the fuss was about.

There was no melancholic Lily Allen cover, no lonely animals forging friendships over mince pies… hell, there wasn’t even any snow. There was just a boy, dancing in a dress.

For this was not the highly anticipated John Lewis Christmas ad. It was, in fact, an advertisement for home insurance.

The ad begins with a young boy (I’m terrible at guessing the age of children – he looks about eight or nine, but he could be a giant four-year-old) dancing in the doorway of his mum’s bedroom, after having raided her wardrobe and make up bag. He wears one of her dresses, badly applied pink lipstick and the sort of chunky necklace that wouldn’t look out of place on Theresa May.

He dances around the house to the Stevie Knicks’ song, Edge of Seventeen, apparently so lost in both the music and the joy of his own sassiness that he causes some minor household damage along the way. He kicks off his mum’s heels into a lampshade, throws his umbrella prop into a bookshelf and smears his sister’s poster paints along the banister.

Well, not according to many Twitter users, who appear to have taken umbrage with the advert for one of three reasons: the alleged ‘sexualisation’ of a child, ‘agenda pushing’ and ‘cultural lectures’ from a department store, and the display of ‘male entitlement’ they saw from the advert’s protagonist.

These three arguments appear to come from different sides of political, cultural and feminist spheres, but at the very centre of their Venn diagram of complaints, it would seem that the main issue they all seem to have is with a boy wearing a dress.

Quite how a child playing dress up and expressing himself through dance equates to sexualisation, I have no idea. But I do know how damaging it is for adult women and men alike to be accused of making themselves ‘sexy’ by choosing to wear make up and heels. If they were being pressured to do so, then that’s another thing entirely, but that’s not the story John Lewis are telling.

Viewers who see this advert as ‘sexualised’ must be exhausted from all those mental gymnastics, and I predict that it is merely a smokescreen for their own homophobia. Why don’t they just admit that it’s homosexuality that they truly have a problem with, and not perceived sexualisation.

It’s not the first time a retailer has been accused of giving social, cultural and political lectures by simply showing a human being existing authentically in an advert.

Remember the backlash last year when several supermarkets put black and mixed heritage families at the centre of their Christmas adverts? Why did so many people feel offended that retailers were casting their ads in a way that is reflective of our society?

I suspect it’s down to not only their obvious racism, but the notion that by putting a character who is not straight, white, able-bodied and male at the forefront of their campaigns, companies are somehow making a ‘political statement’.

If you think that including people of different backgrounds and identities in advertising campaigns is some kind of ‘lecture’ being imposed upon you, then I’m afraid you’re the one who needs to be taught a lesson. The rest of us don’t see lectures, we see people being people.

The ‘male entitlement’ argument against the John Lewis advert is one that seems to have split feminist Twitter. But, rather predictably, those who have criticised the boy for being entitled and violent appear to be the same people who openly express critical views of trans rights.

Once again, trans exclusionary feminists are conflating trans identity and the emotional, mental and physical obstacles faced by those transitioning with a boy putting on a dress. It’s tiring, it’s reductive and it’s predictable.

Some claimed that the story of a boy making a mess in the house while his sister sits quietly and obediently painting, and the mother watches on as her son sprinkles glitter in the living room, exemplifies male entitlement and demonstrates society’s differing attitudes towards the sexes.

I claim it’s an advert. An advert that shows the viewer all the different items that can be both bought at, and insured by, John Lewis, with a catchy song and a memorable central character.

Would I like to live in a house with this boy? No. He’s an absolute liability and ruins soft furnishings. But did I enjoy watching him having fun in his element? Of course.

Children make a mess. Children play dress up. Children express themselves in ways that adults struggle to because we’re bound by the pressures of conformity.

Adverts tell stories. Some fantastical, others more factual. If viewers were to take every advert literally, they’d believe Russian meerkats were processing their home insurance claim.

While some stretch their necks to see political statements in this ad, I see nothing but a celebration of individuality and creative expression, and a little kid being a little kid – even if that means he’s soon to get a telling off for making such a mess.

To me, the only agenda John Lewis are pushing is to get people to buy their home insurance.