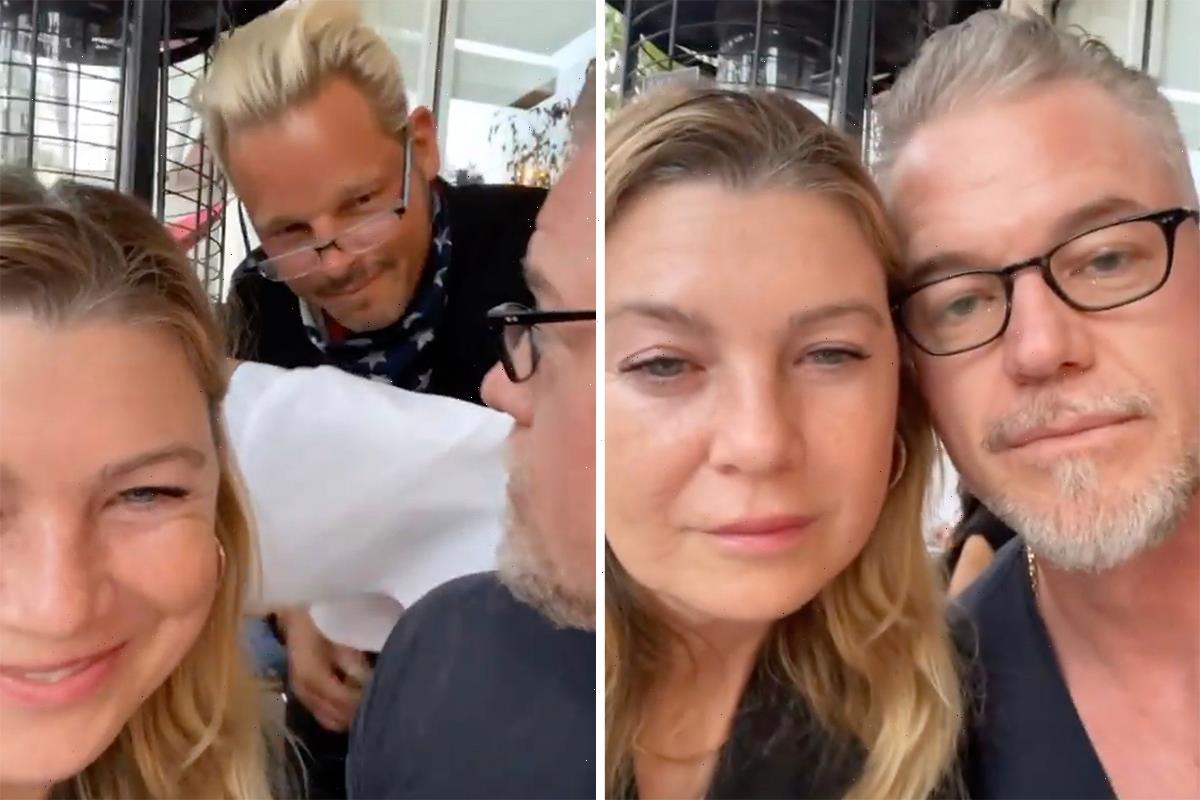 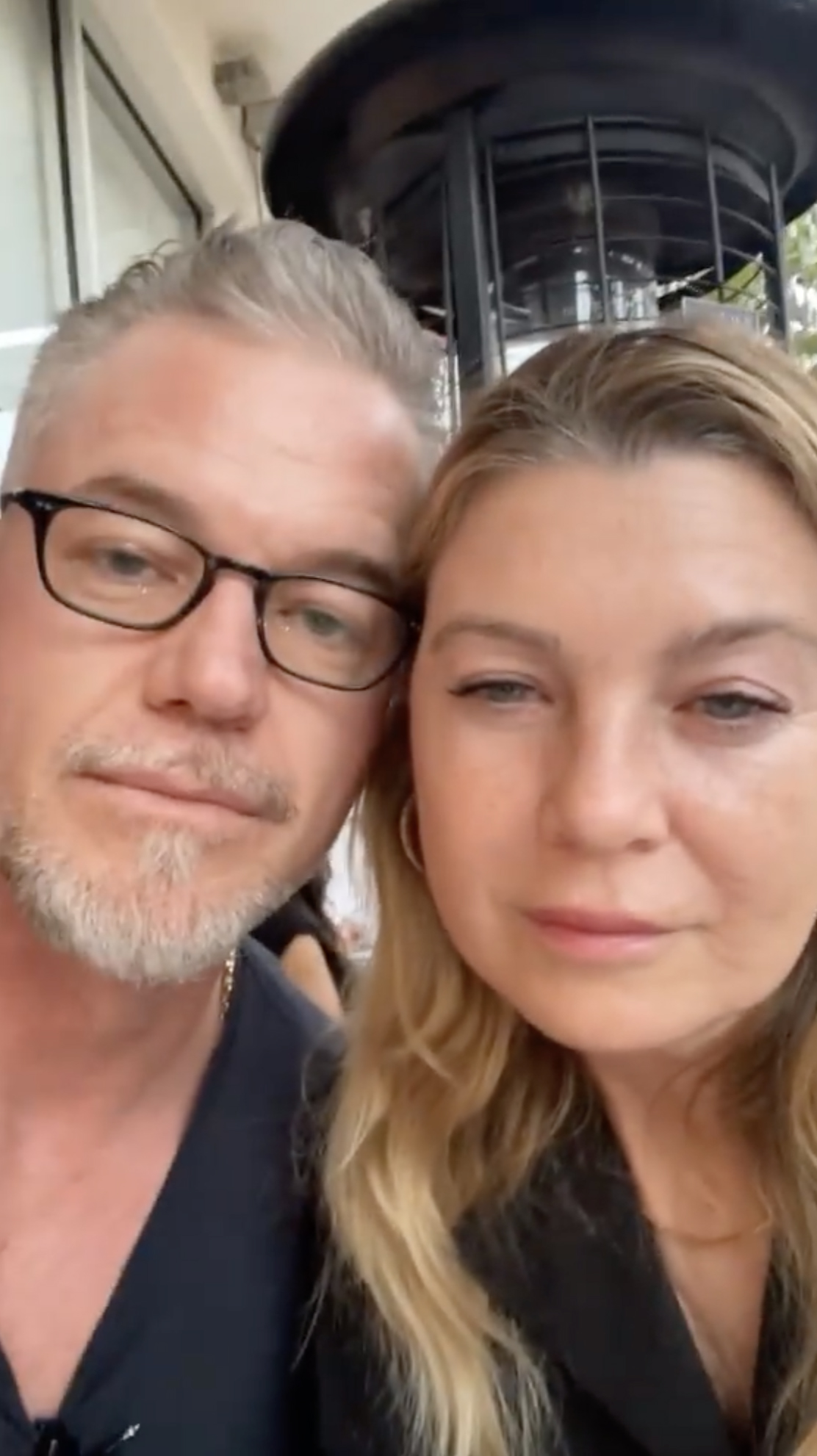 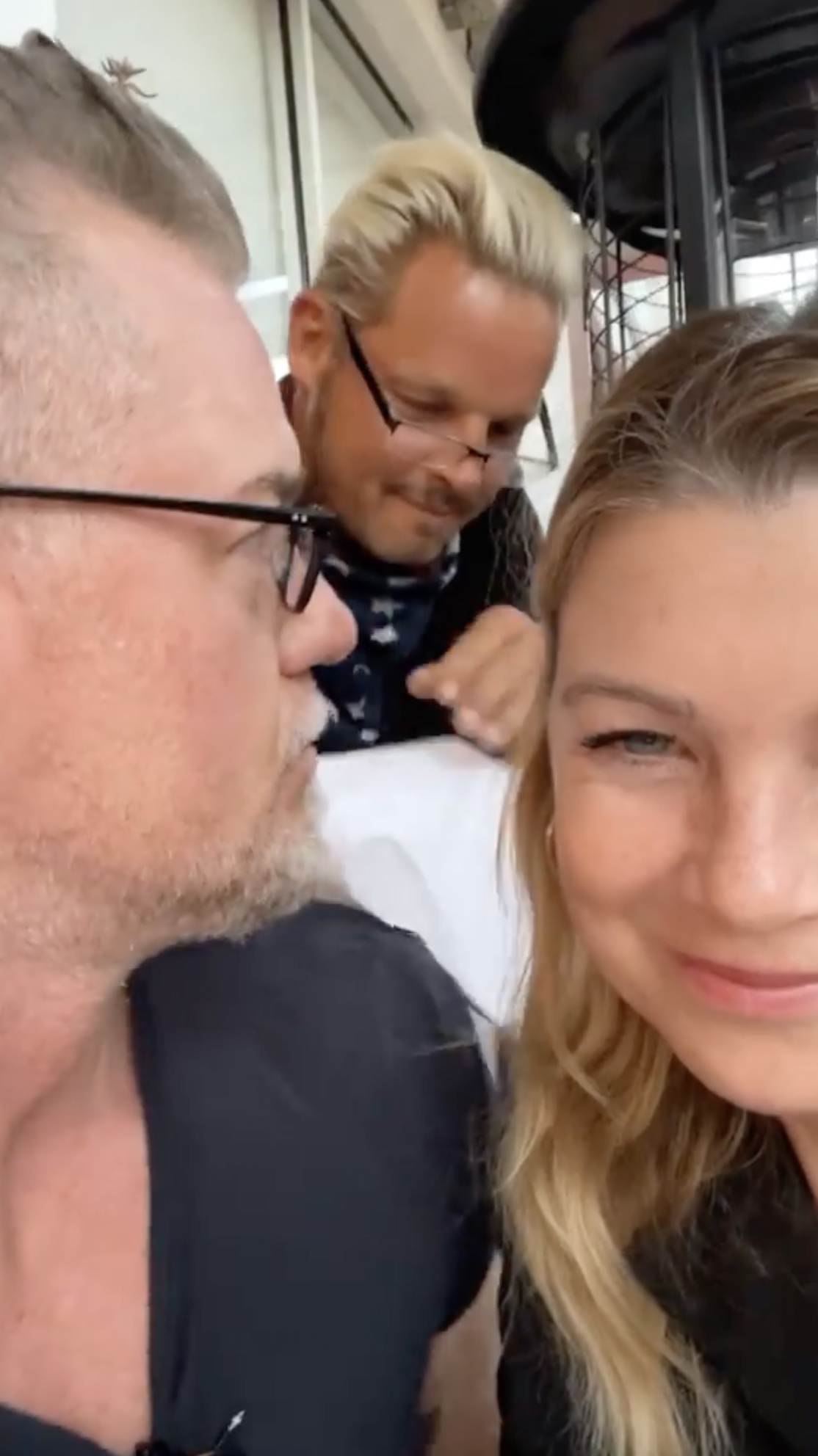 The main star of Grey's Anatomy took to Instagram on Friday night to share that she had reunited with two of her closest co-stars for dinner.

The 51-year-old shared a video where she slowly leaned against Eric, 48, who rocked silver hair and glasses as he pressed his cheek against hers.

Hilariously, Justin appeared behind them as he wrapped a white towel around his arm pretending to be a waiter. 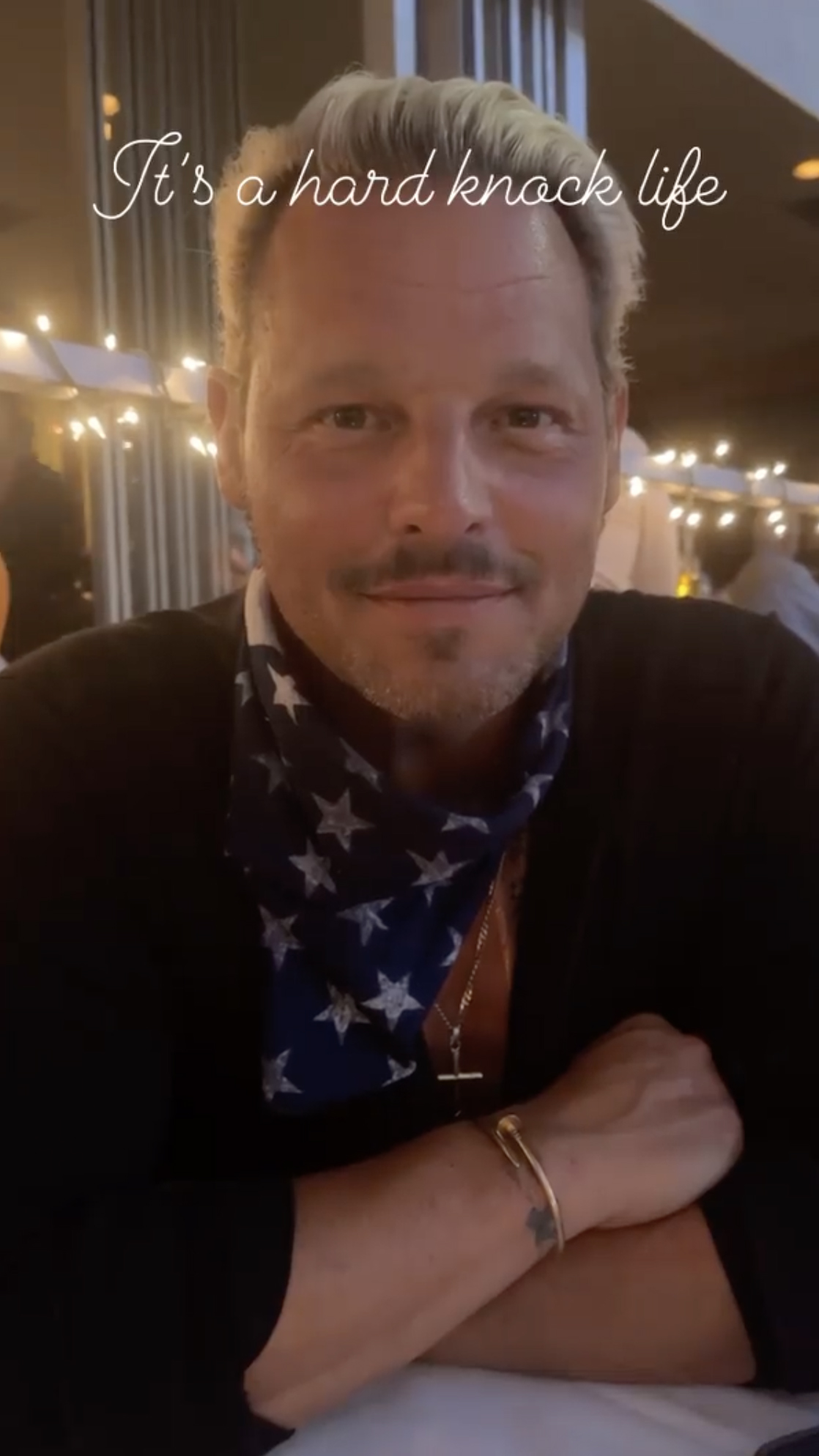 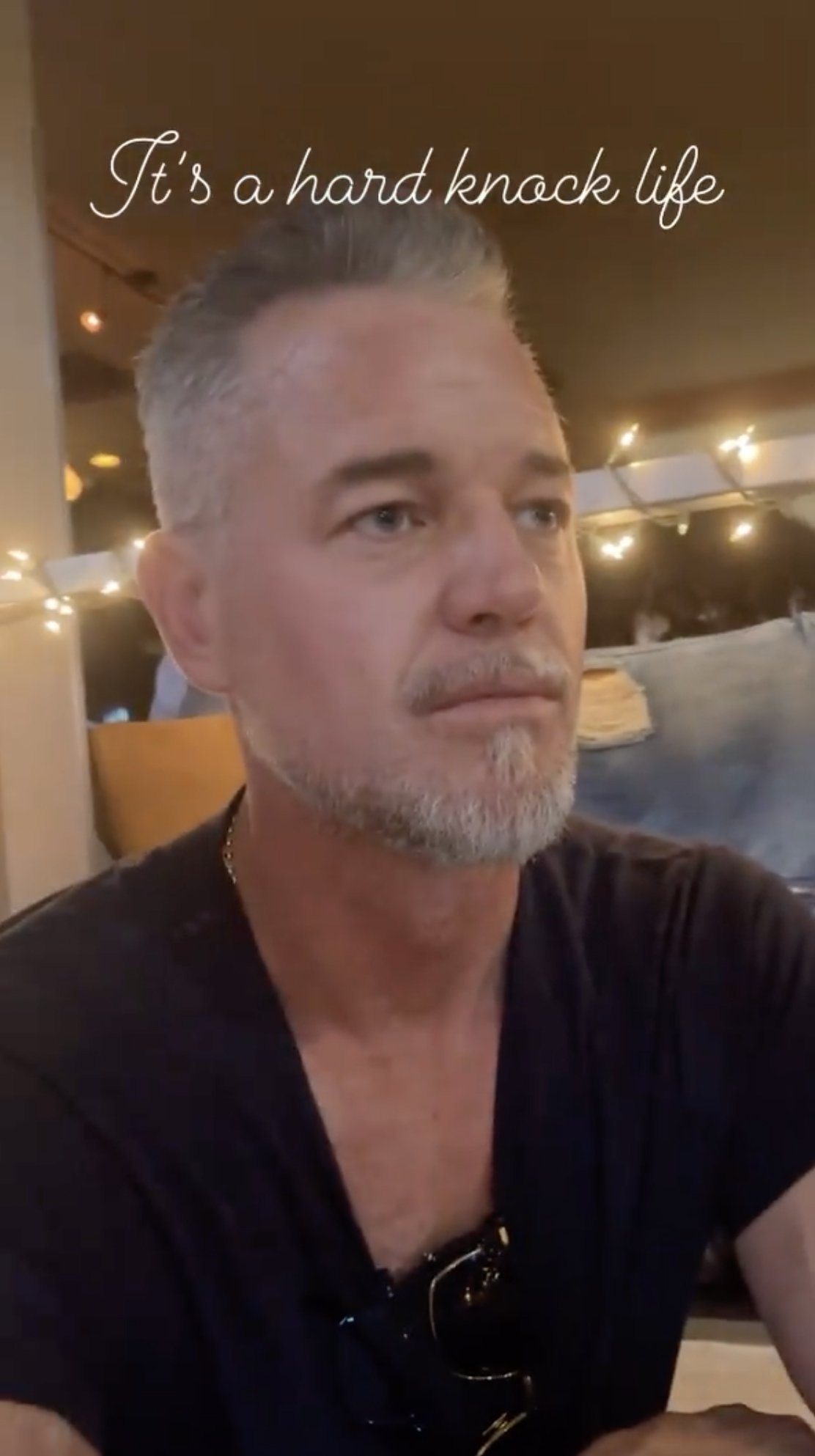 The 50-year-old, who announced he was abandoning the show in March 2020, rocked newly dyed platinum blonde hair.

"What would you like for dinner?," the actor asked them, which sent Ellen into hysterics.

She also shared a video of the three of them waiting for their meal as Justin stared seductively into the camera and Eric looked off into the distance. 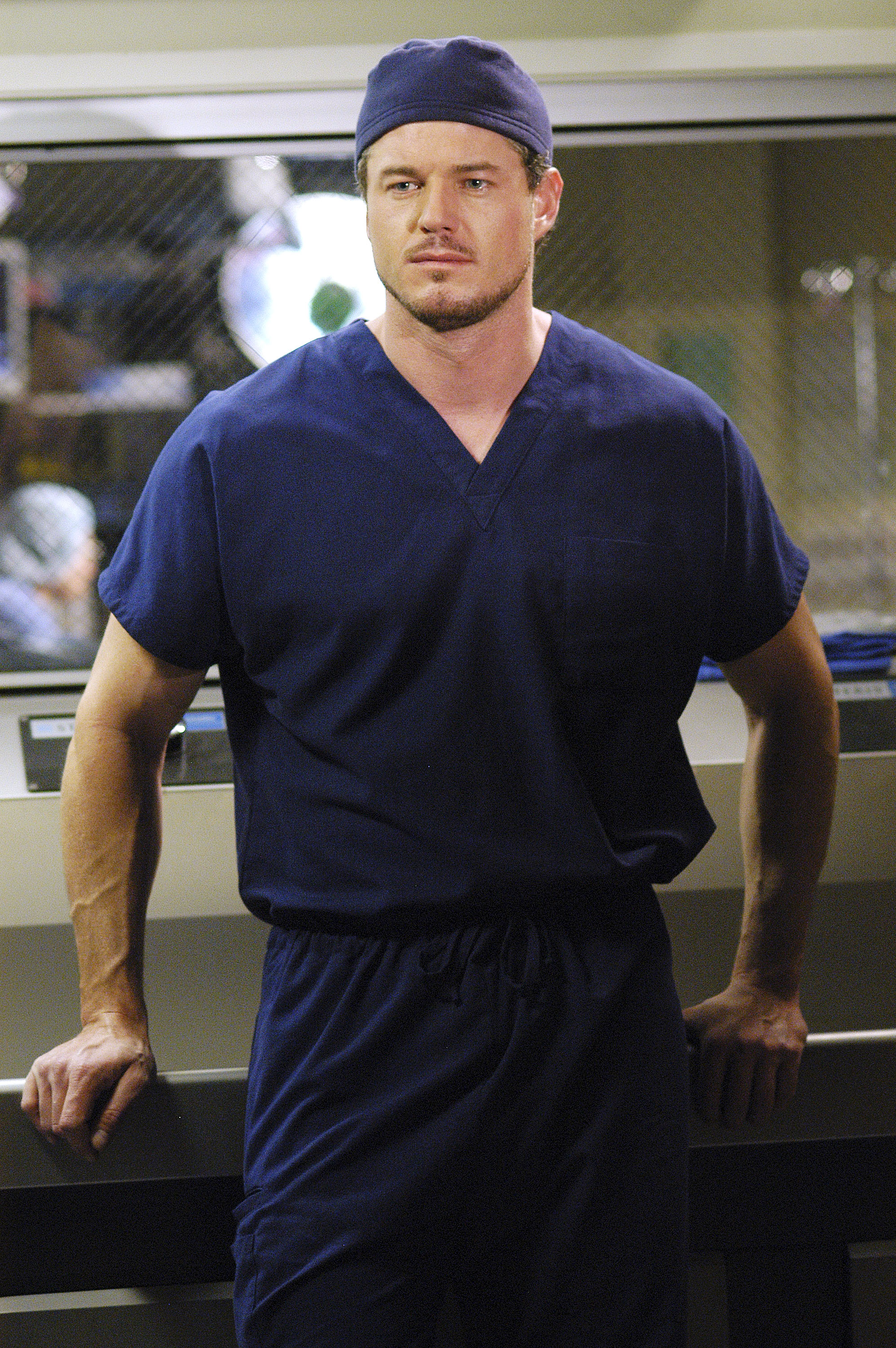 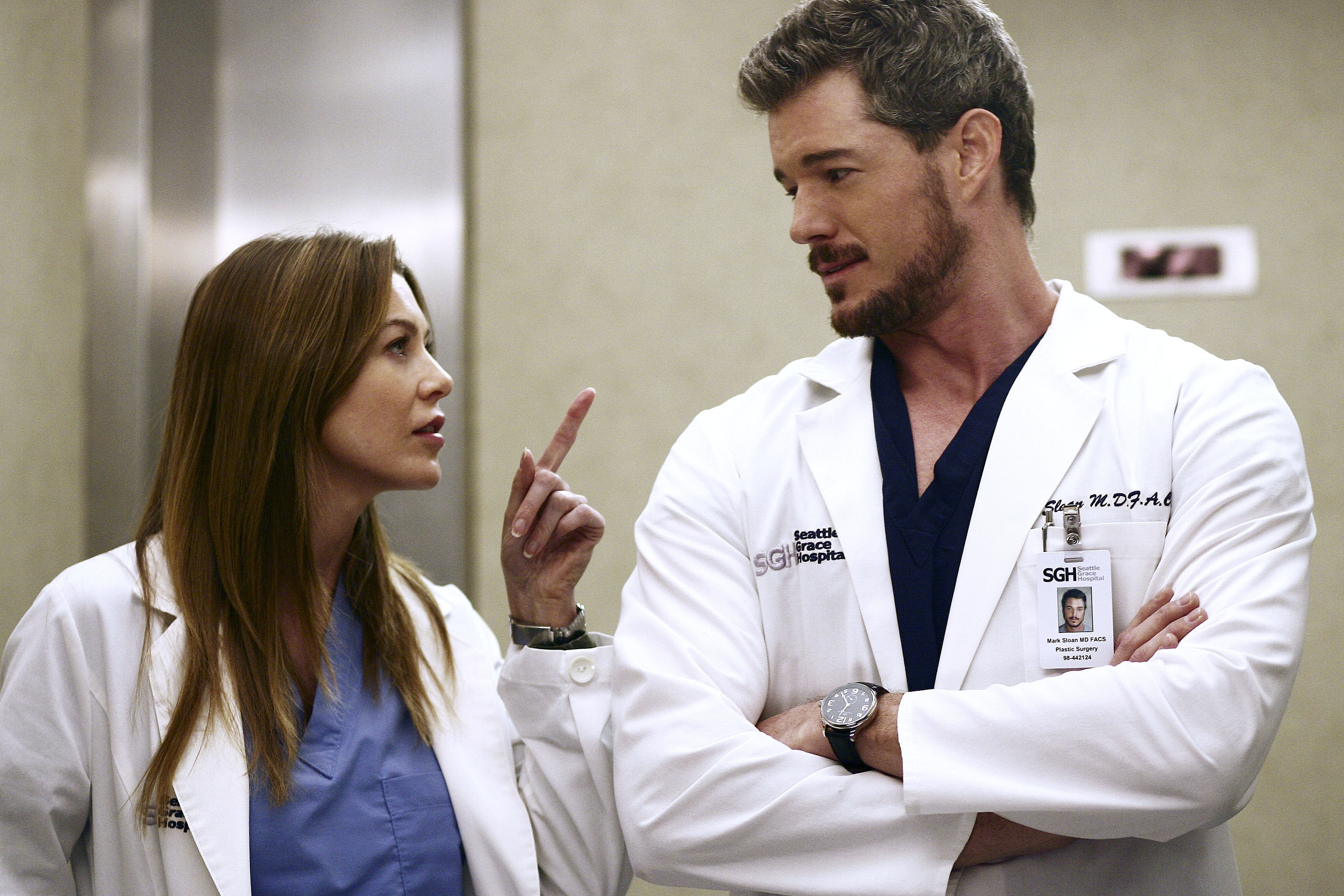 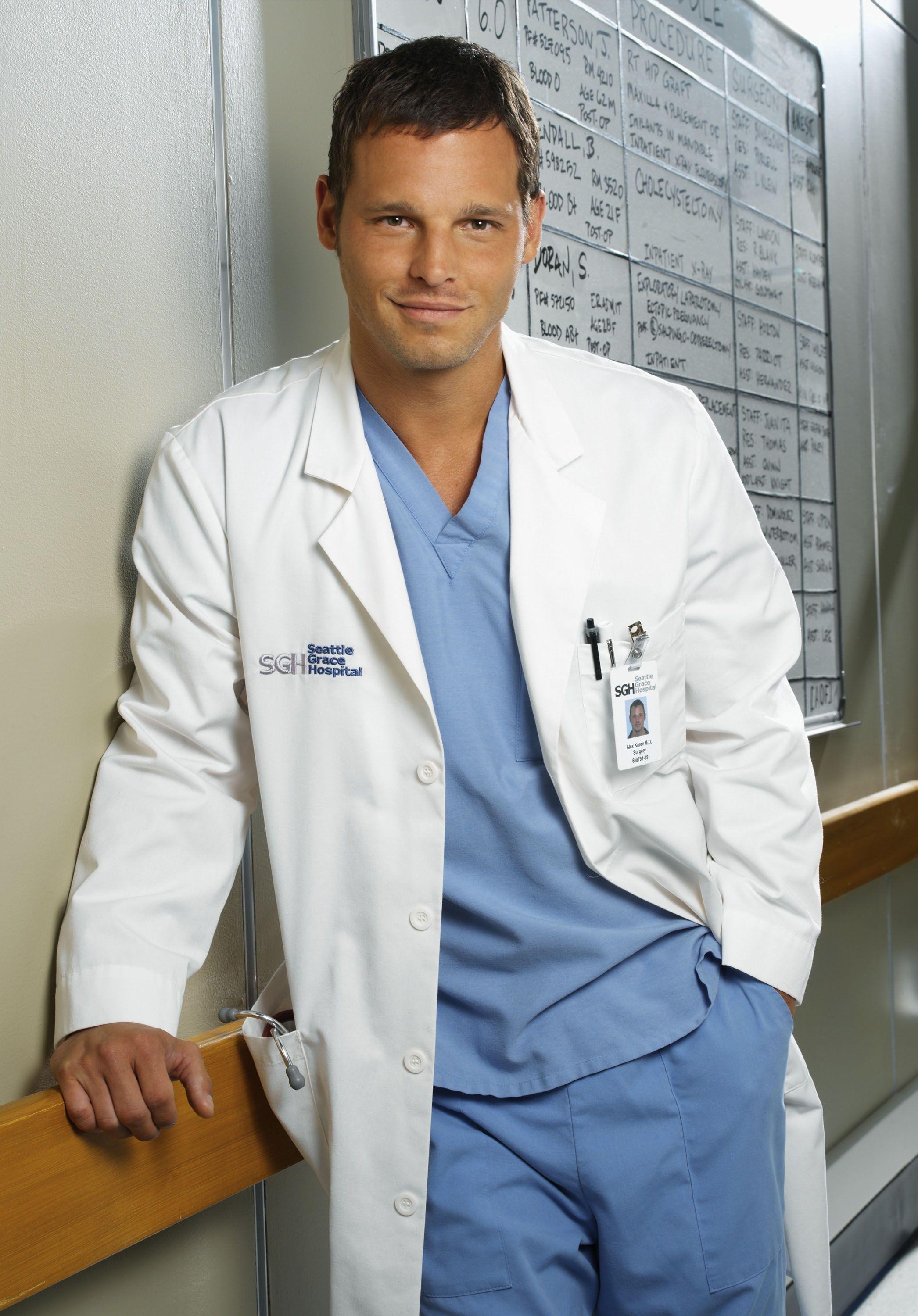 Eric abandoned the show during season nine when his character was killed off following a horrendous plane crash that Meredith survives.

As for Justin, he left the show in season 16 when his character surprisingly found out he had two children with ex-wife Izzy Stevens and ran off to be with her.

Back in August, Ellen admitted she has stuck with the show for 15 years "to make money" after raking in $20m a year.

Speaking on Spotify's Jemele Hill Is Unbothered podcast, she said: "You know, I made choices to stay on the show. 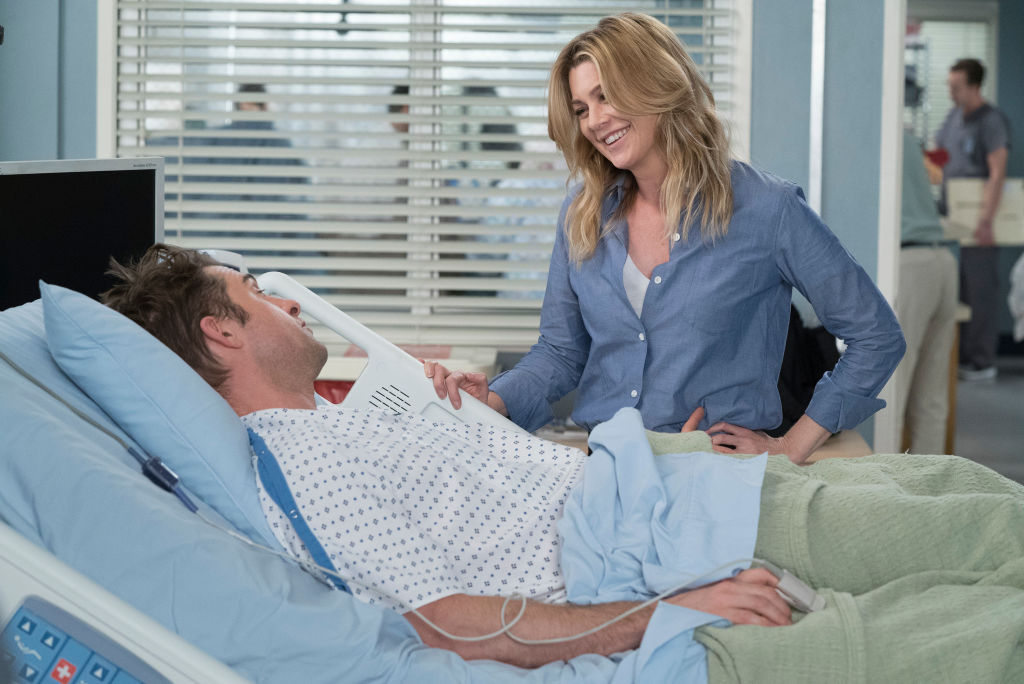 "For me, personally, a healthy home life was more important than career. I didn't grow up with a particularly happy childhood.

"So the idea that I have this great husband and these three beautiful children [and] a happy home life was really something I needed to complete, to close the hole in my heart."

She continued: "And so I made a decision to make money, and not chase creative acting roles. 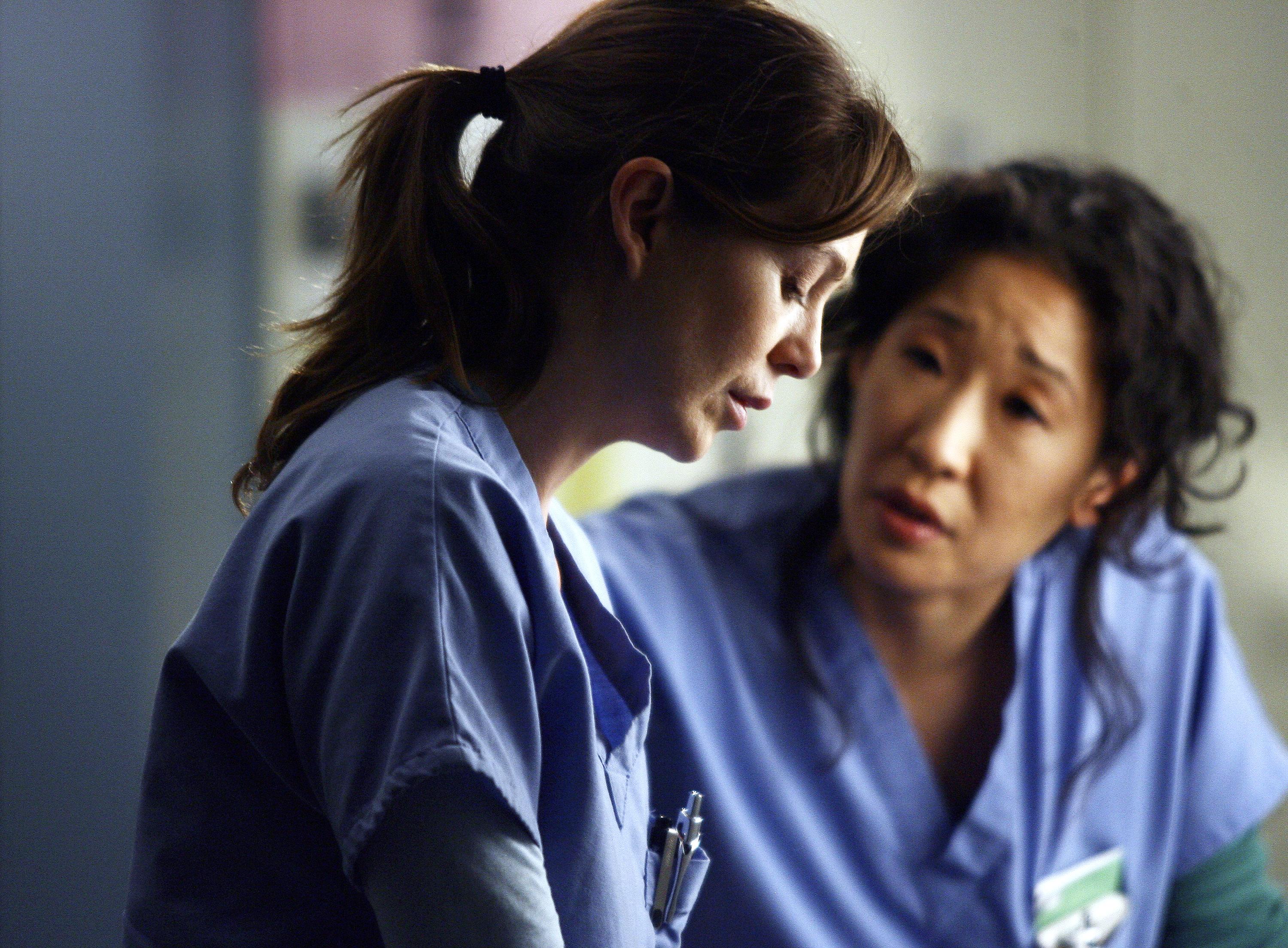 "I don't like chasing anything ever, and acting to me, in my experience, was a lot of chasing.

Ellen has daughters Stella, 10, and Sienna, five, as well as son Eli, three, with husband Chris Ivery and revealed in 2018 she had negotiated an annual paycheck of $20 million.

This made her one of the highest paid actresses on TV and she also earns a producing fee from Grey's spin-off series, Station 19.

Ellen also revealed how finding fame on the show in her 30s had also made a difference to her decision-making.

She explained: "I got in the game late. I didn't start Grey's until I was 33, and then I started having kids at 40. 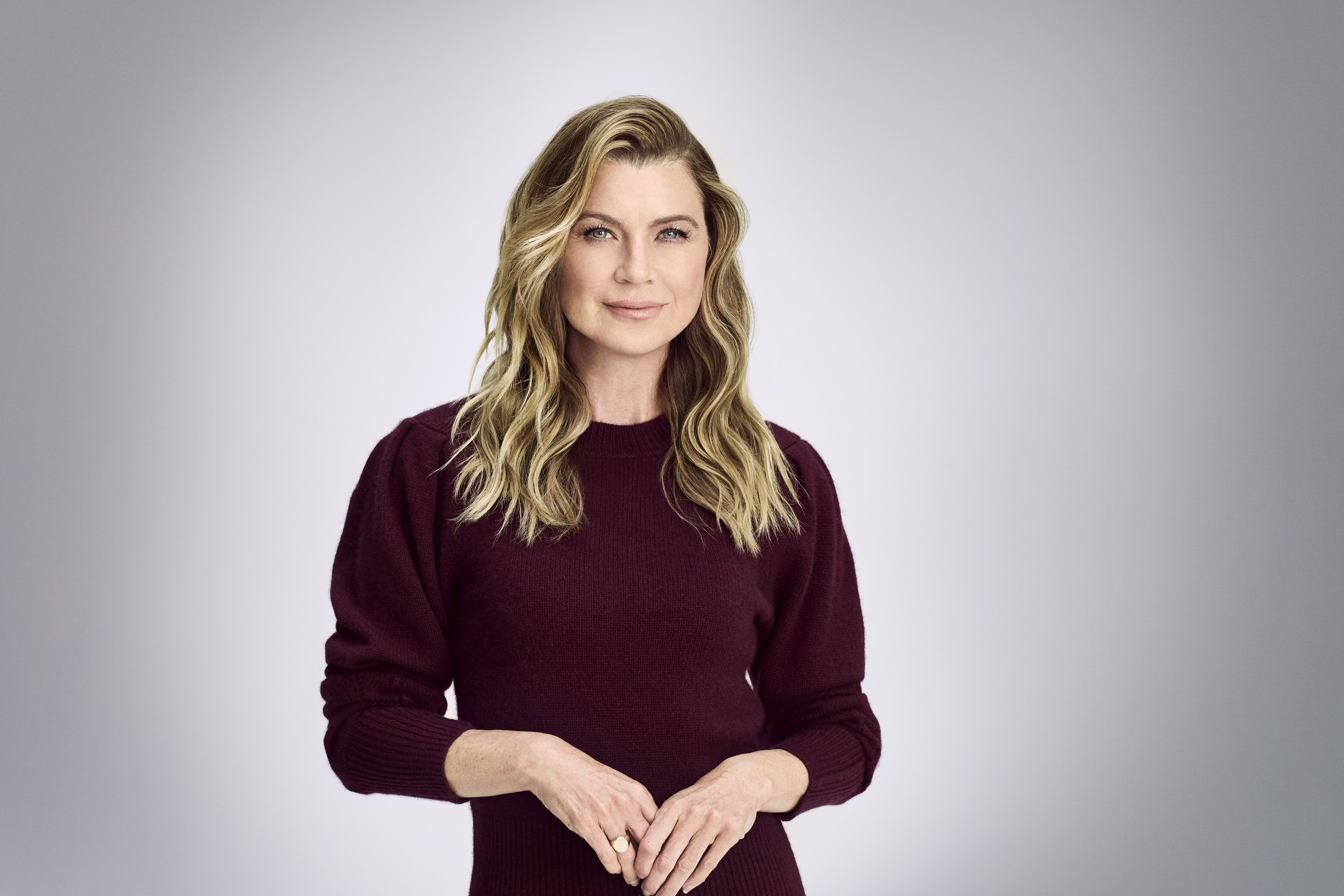