After a weeks-long break, ABC’s Station 19 and Grey’s Anatomy returned to Thursday primetime with new episodes. With its first new episode since April 8, Grey’s Anatomy tied with Law & Order: SVU for the evening’s highest demo rating.

Per fast affiliates, Grey’s Anatomy and the latest Law & Order: SVU both earned a 0.6 rating in the 18-49 demo. Grey’s was stable from its most recent episode, as was SVU from the prior week. Between the two, however, it was SVU that delivered the night’s largest audience, with 4.71 million viewers. In addition to topping the evening, those two titles were their respective network’s best programs.

The night kicked off with Station 19′s return (0.5, 4.10M) winning the first hour. The first responder drama dropped a tenth from its most recent episode in April, but helped set the stage for Grey’s steady comeback. Following Station 19 were Law & Order (0.4, 4.10M), MasterChef Junior (0.4, 1.89M) and Walker (0.1, 0.69). MasterChef, which ticked up, was Fox’s best title and Walker was the CW’s best Thursday program. 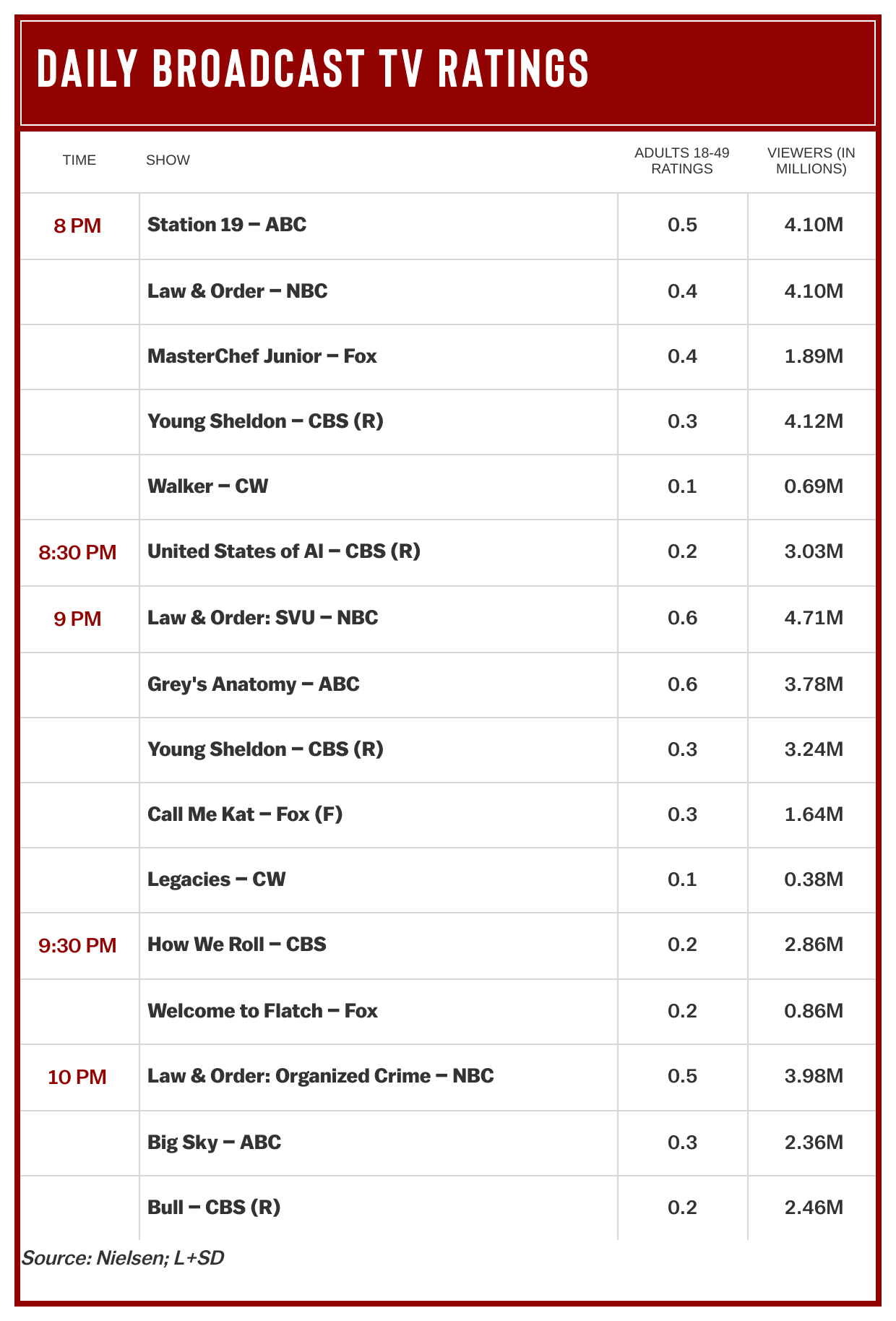