Waleed Aly handled Prime Minister Scott Morrison's combativeness with such grace and dignity on The Project. Wouldn't that make him a perfect replacement for Barry Cassidy on ABC's Insiders? 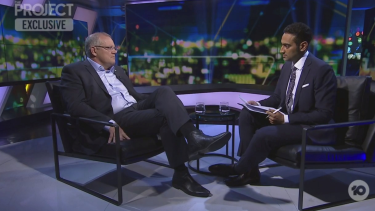 Waleed Aly has won lots of praise for his interview of Prime Minister Scott Morrison on The Project.Credit:NETWORK 10

I hope Waleed Aly is selected as the new host of Insiders. He was calm, cool and collected during his recent interview with the Prime Minister. Thank you, Waleed, for providing some thoughtful analysis in a very awkward interview. 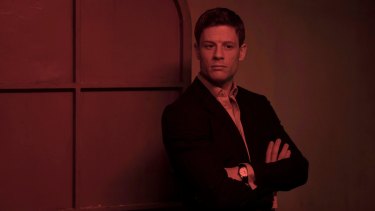 How clever is the satirist Sammy J? He delivers five minutes of brilliance before ABC's news each Thursday. His response to a letter from a child, about the Christchurch tragedy, was outstanding. Thank you, Sammy.

New Zealand Prime Minister Jacinda Ardern and NZ police clearly requested that footage of the Christchurch atrocities not be broadcast or shared on social media. One local bulletin then aired the alleged killer's footage, gun in view, with bullets being fired like a video game. Have a bloody speck of social responsibility – or is that too much to ask? 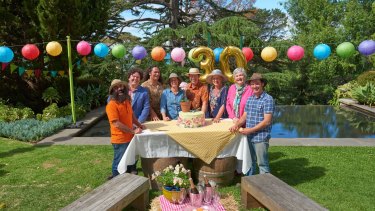 Debi Enker raises a good point (Green Guide, 14/3) about TV programmers' contempt for viewers. Actual program times bear little or no relation to the program guides. Another frustration is the substitution of advertised programs without notice! You want to watch Highway Patrol – here is Mexican Border Patrol instead! I'm beginning to think these programmers are shareholders in pay TV, and they want to kill off free-to-air.

It's a good thing I don't pay much attention to the evening news, or I would realise that all channels habitually show the same clips – from weather events to riots – to fill time while the reporters natter. Recently, I saw a campervan go through a puddle four times in the same news segment – and that was on the ABC.

Is there a more thrilling show than McMafia on SBS? Exotic locations, subterfuge, marvellous plots – and dialogue in at least four languages, all subtitled. It is perhaps the most adult spy drama series since Spooks.

We love SBS and appreciate its wide range of programs. However, the constant transmission and repeat showings of programs about Hitler seems inappropriate, given recent events.

I may not make it through another football season without intensive linguistic support. Moving forward at this point in time, could somebody please advise Channel Seven's commentators of the difference between "distance" and "journey"? Both words can be used as either a noun or a verb.

I was interested in Craig Mathieson's article (21/3) about ABC's The Heights losing impetus. Although I found the first two episodes confusing – as we were introduced to so many characters at once – I am now thoroughly enjoying it. I hope the ABC makes more programs like this.

I know this letter is late, but I want to congratulate Gardening Australia on its recent 30th anniversary episode. The segment about how the program is made woke me up to the talent, imagination, planning and hard work of all involved. The look back provided some lovely memories, and the cast are just nice people who generously share their passion for gardening.

With the broadcasting of the vile Married at First Sight on Nine, it's time to go back to watershed programming times. Under recent "reforms", M-rated programs such as this can be shown from 7.30pm. Sometimes, it goes out at 7pm – a clear violation of broadcast regulations. This tawdry saga, along with all the other "reality" shows that free-to-air TV has been showing, occurs as budgets collapse in a race to the bottom, while quality goes to cable and streaming.