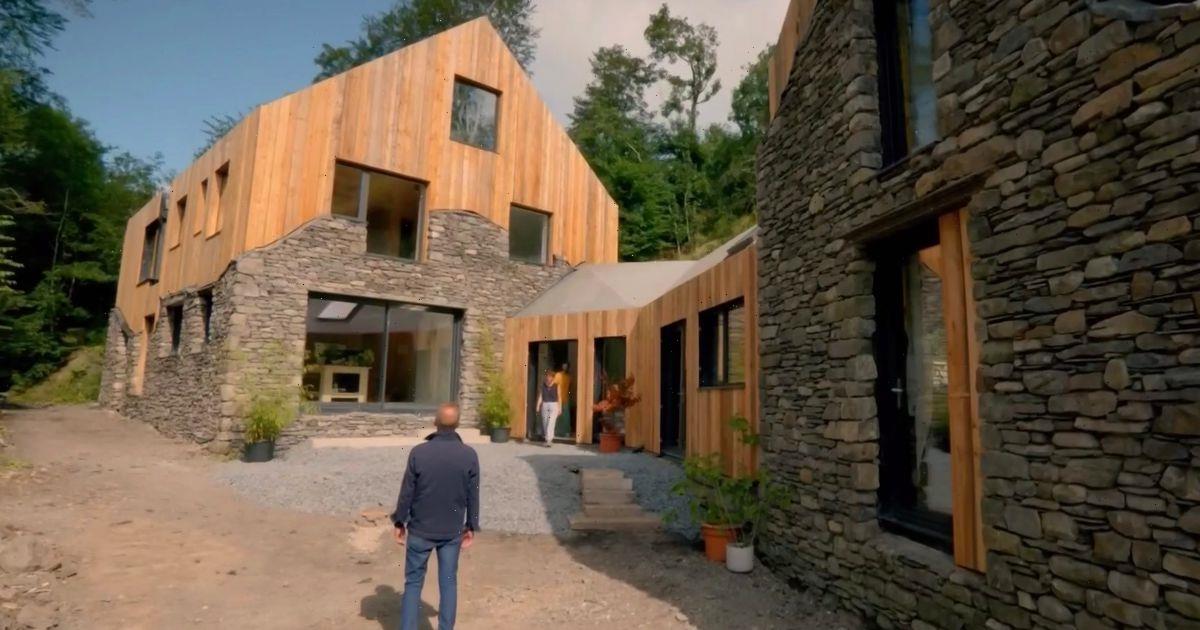 A young couple who spent three years to build their dream house left Grand Designs viewers shocked when they moved in with a key element missing in the home.

The project didn't go as planned and they had to bulldoze the monument and chop down the trees before starting to build the foundations.

With the ongoing pandemic and a difficult access to site, host Kevin McCloud called it a "bonkers scheme" as he watched the couple spending three and a half years transforming the old blacking mill into a fashionable home.

When he revisited them this year, he was impressed by the "old meets new" element of the house.

But a soon as Kevin stepped inside the house, he realised that Rob and Ruth still didn't have a working kitchen.

He looked at the kitchen island to find a pot sitting on a camping stove and asked them: "So what's the deal?"

Rob said: "This will eventually be a work bench for the workshop but at the minute, it's perfect as a kitchen island."

"So a camping stove?" Kevin continued. "Everyone's gone on holiday this year and they have to battle this thing in the field and you romantically just decided to buy one at home.

Ruth smiled and turned to Rob, who said: "Yeah, eventually we will have a kitchen."

Viewers were shocked when they learned Rob and Ruth spent only £300,000 for the whole project.

Get the latest updates on all the things TV and showbiz by signing up to the Daily Star showbiz newsletter.

"Maybe they could have gone for a less ambitious build and had enough money for a functioning kitchen," one said.

Another questioned: "Just over 3 years to build…and they don’t have a working kitchen what’s the point?"

"It’s a huge home – great effort from the couple but three and a half years later, no electricity and no working kitchen yet?!" a third added.