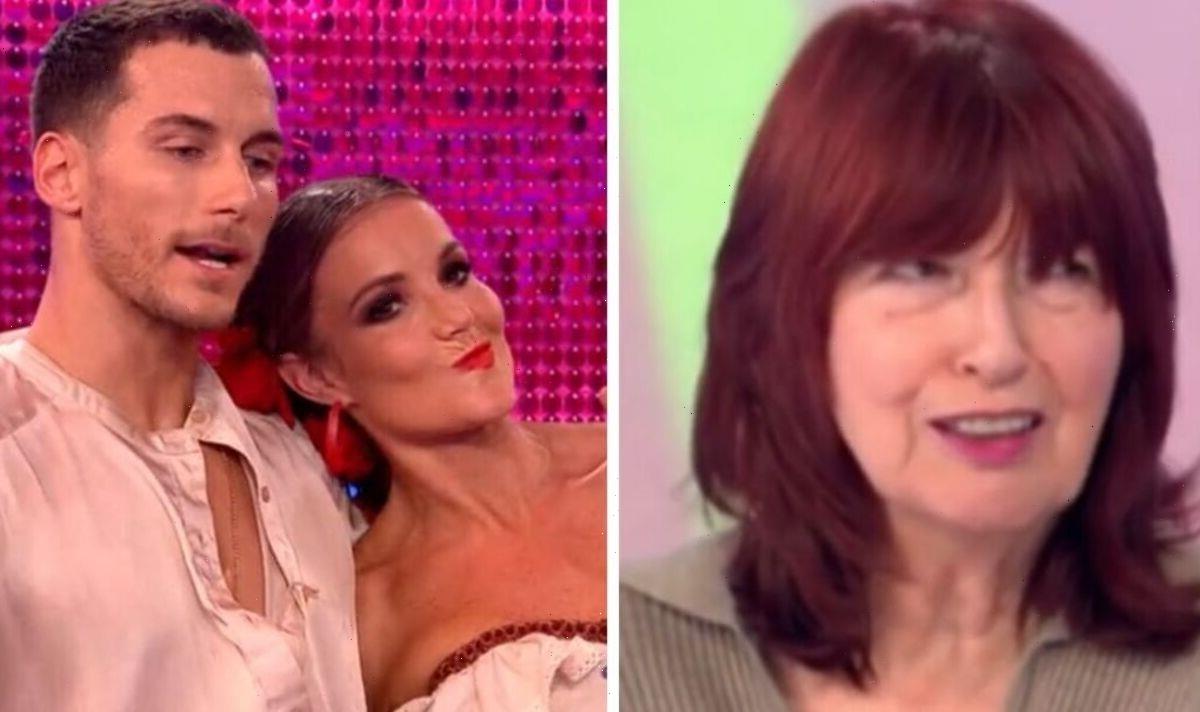 During Saturday night’s Strictly Come Dancing, professional dancer Gorka Márquez unexpectedly paid a sweet tribute to Helen Skelton following their performance. The Countryfile presenter looked shocked by Gorka’s admission, although, she gave him a hug after he told her: “I believe in you.”

The professional dancer, who appeared to reference Helen’s recent split from rugby star Richie Myler, said: “I know you have been having a difficult time and I know you’ve been made to feel like you’re not beautiful or good enough.

He later added: “It doesn’t matter how many times I say it or the judges say it or anybody says it, it’s only you that’s going to make the change and the one who needs to believe in you.

“You’re an amazing woman…amazing mum and incredible dancer so believe in yourself please.”

While the sweet message was well-received by Helen, Janet Street-Porter labelled the public speech “cringey”.

During Monday’s Loose Women, the panel discussed their thoughts on Gorka’s tribute, and while Ruth Langsford labelled it “sweet”, Janet had other ideas.

“I thought that was rather sweet, Janet,” Ruth began as Janet replied: “I think it meant well, but I found it cringey and patronising.

“I think it would have been good to say those things privately.

“Also the most important thing for her right now is to find herself… to rebuild her confidence.

“And in the first instance, she’ll do that with her girlfriends and her close friends.

“And then secondly, she’s really got to learn her self-confidence and only she can do that.”

Janet went on to tell her co-stars that the speech made her feel really “uncomfortable”.

Ruth, who has also appeared on Strictly, chipped in: “I don’t know whether or not she knew he was going to say that.

“Maybe he just had a moment of being overwhelmed at that moment.

“Because actually you spend a lot of time with your dance partners and she might have confided in him, and maybe he just had that moment because she is very self-deprecating.

“She pulls herself up very quickly if she has done something wrong in the dance.”

“I thought it was gorgeous,” Coleen Nolan replied sharing her thoughts. “I think he is gorgeous.

“I thought it was a really nice thing to do and actually very nice to do in public as well because he probably wants the rest of the nation to know what she’s going through.

“She will have been very honest with him because she’s spending a lot of time with him.”