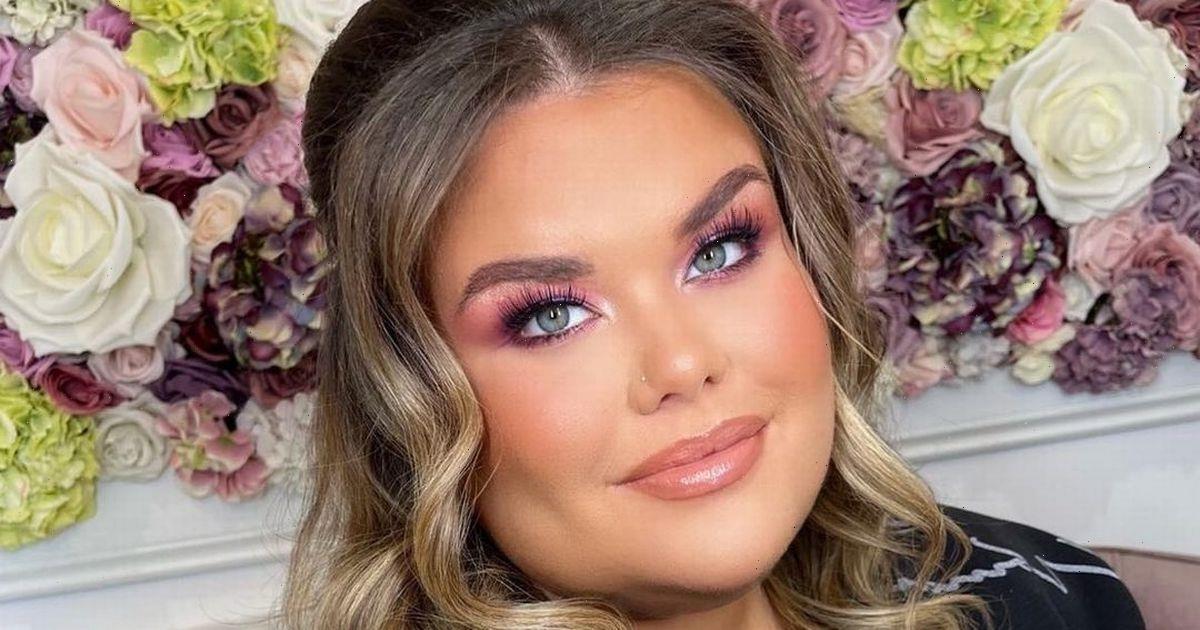 The 22-year-old TV personality looked glam as she dressed to impress for her latest night out with her friend.

Showing off her four stone weight loss in a sheer khaki blouse, she flashed a huge smile for the camera.

Amy enhanced her natural beauty with some makeup and styled her trademark brunette tresses straight.

She captioned the sweet snap: "What a night celebrating my besite" alongside a red heart emoji.

Unsurprisingly, her latest social media update caught the attention of her 78,000 followers, with some leaving a message for the star in the comment section.

Another added: "Love you loads."

Amy appeared on Gogglebox for five years alongside her mum Nikki, dad Jonathan and brother Josh.

She has since been keeping fans up to date with her weight loss journey.

The former Celebs Go Dating star also been vocal previously on her battle with trolling online after finding fame in reality TV.

Amy previously told The Sun: "People genuinely thought I sat there watching TV all day — as if that was my life, as if I didn’t ever go to school.

"They thought that all I ever did was sit on the couch eating chocolate and sweets, or that I was just oblivious to the fact I was big and overweight."

Speaking with wisdom beyond her years on the show, Amy explained her own thoughts on fat shaming during an episode of Gogglebox back in 2016.

Amy went on to say that she's found it difficult to follow conflicting advise from nutritionists and personal trainers throughout the years, while her TV star parents struggled to figure out the source of her weight gain as a child.

She has since had a change in lifestyle as she shed four stone after overhauling her diet and doing more exercise.