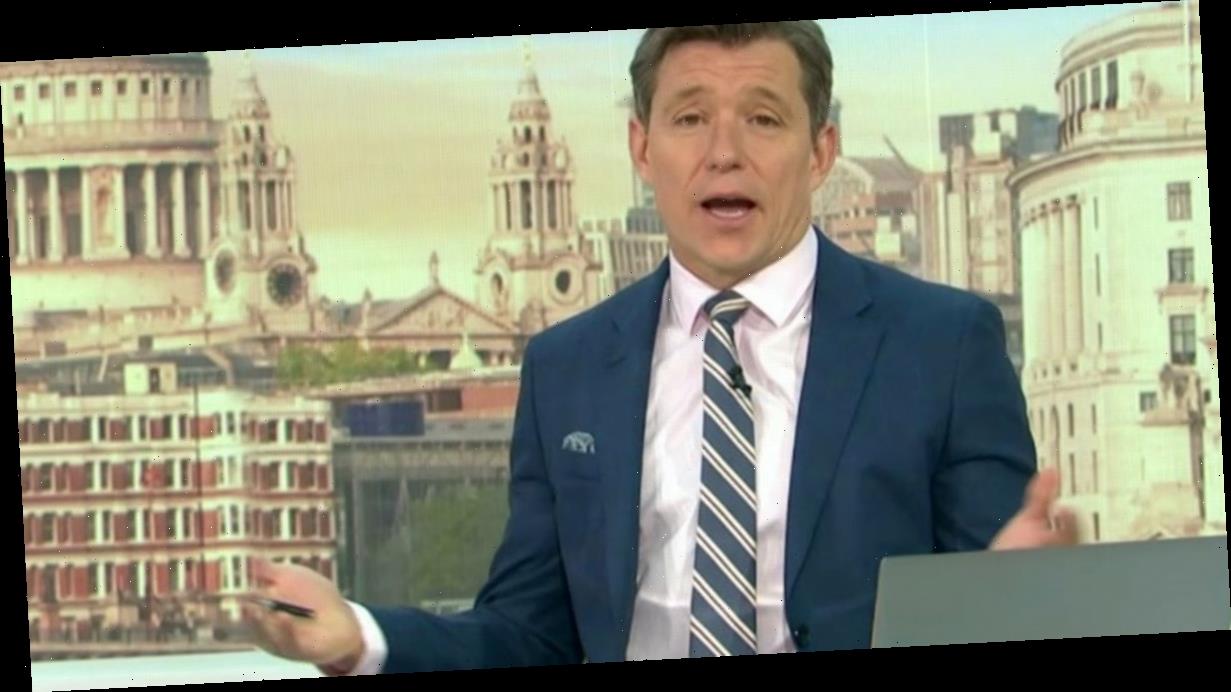 Ben Shephard discussed his "Hollywood career" with his co-stars on Monday's Good Morning Britain, after they spotted him in the background of a new film.

The presenter, 46, has a cameo in SAS: Red Notice, which is set to air on Sky Movies on Monday, alongside the likes of Ruby Rose and Hannah John-Kamen.

His colleagues Kate Garraway and Richard Arnold were in disbelief as they watched the clip from the film, which saw Ben play a newsreader.

In the opening moments of the show, Kate turned to Ben, who has been her best pal of 20 years, and asked: "What's this new role?"

Joking about his role, Ben remarked: "It's about a crack group of highly trained military ninjas, let's say. They felt they needed someone to give it a bit of credibility, so they bring me in as the newsreader."

Based on a novel by former SAS operator Andy McNab, the film sees a gang of crooks hijack the Eurostar train, leaving special forces operator Tom Buckingham, played by Sam Heughan, scrambling to save lives.

Charlotte Hawkins was similarly impressed, as she praised Ben's performance by remarking: "Look at you in action, that's quite something!"

He went on: "It was really brilliant. We went out to Budapest, which is where they were filming it. And the whole set, well the bit that I was involved with, it was supposed to be Hampstead Heath.

"They found part of the hills around Budapest that looked like Hampstead Heath. And I was reporting from the scene of the storming of a house, as we would here. Then the ongoing breaking news as the story of what's happening is unfolding."

The broadcaster then knocked his costume for the flick, which saw him wear a navy suit – identical to the one he wears for each instalment of GMB.

"I've only got one suit, as we can see," he laughed, adding: "The clothing budget for these films isn't quite what you'd imagine."

This isn't Ben's only blockbuster this year – the GMB star appears alongside his co-star Kate as a cartoon elephant in the new Tom and Jerry animation, set for release in the months to come.

Opening up about the new gig last week, Kate joked the role, playing an elephant with an exceedingly posh accent, was "made for her".

Ben revealed he was a fan of Tom and Jerry growing up, glued to the antics of the cartoon cat and mouse throughout childhood.

He joked: "Suggestions that we’ve been typecast are harsh but probably fair.

"What a thrill though, Tom and Jerry is such a hugely important part of my life and Kate’s life as kids growing up and watching it.

"So the fact they’re bringing it to the big screen, it’s that mixture of animation and live-action. I initially was really nervous because I’m so fond of Tom and Jerry, but watching what they’ve done is amazing."

She said: "They’ve kept the energy of the original Tom and Jerry, haven’t they?

"They’ve kept the fun and the frivolity which I was desperate for, the humour and the wryness of it, and that rivalry. But they’ve just really updated it beautifully and made it more fun."

Good Morning Britain airs on weekdays at 6am on ITV.